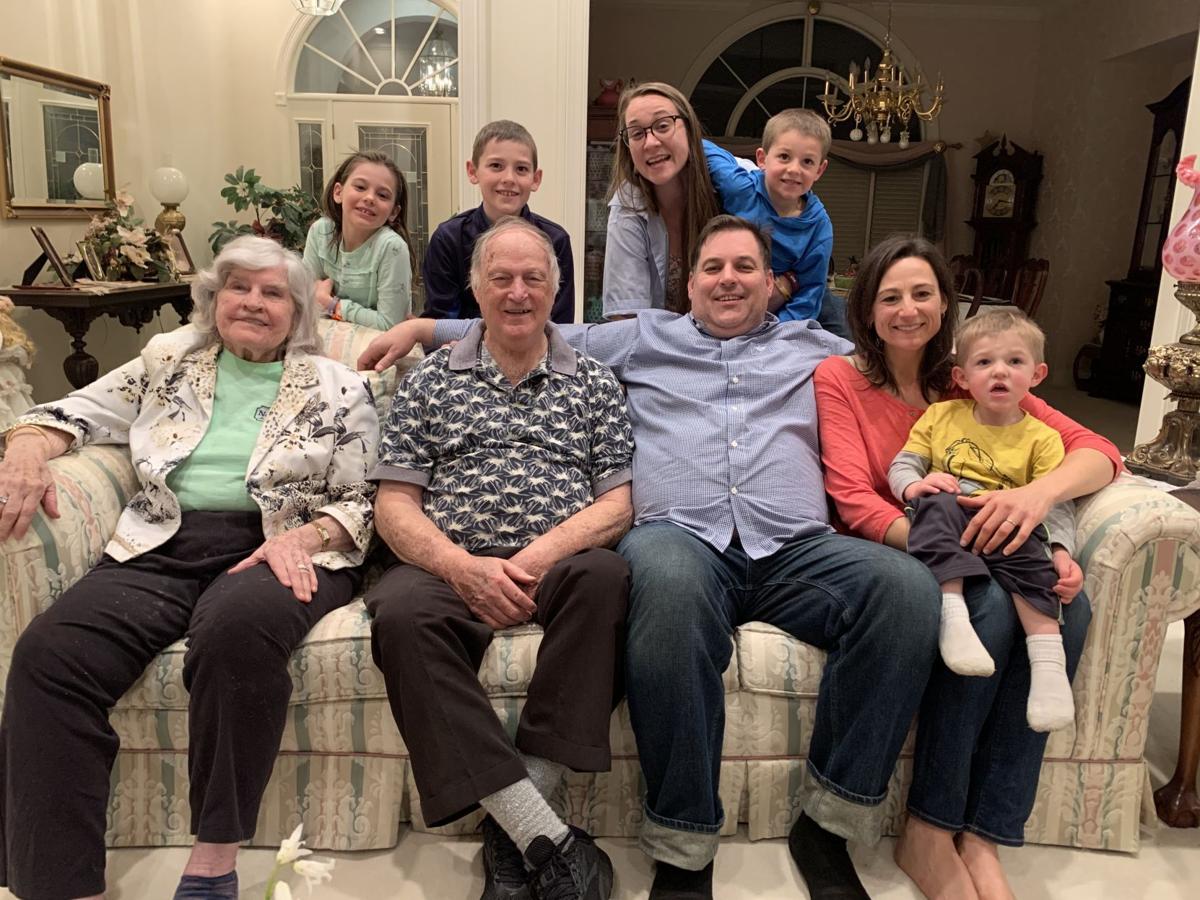 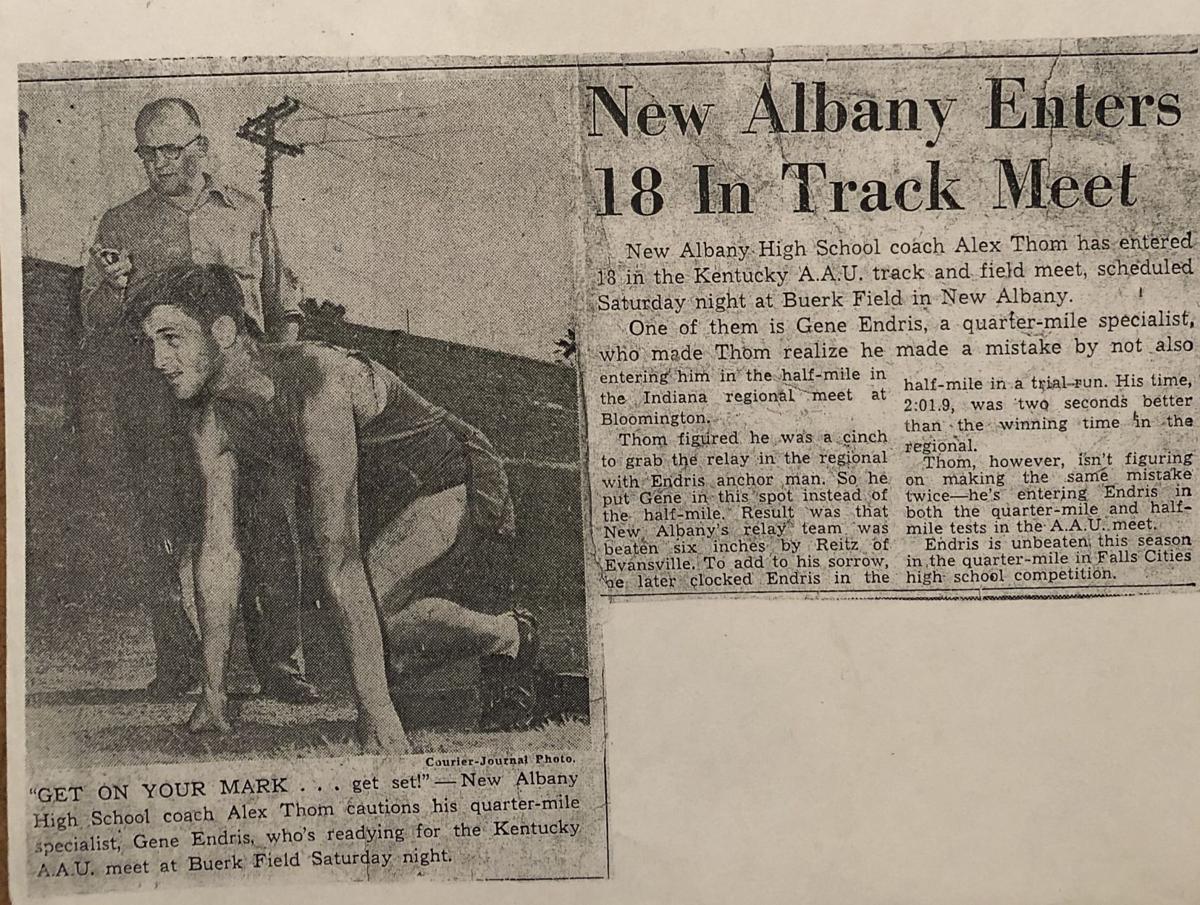 For many, implementing a healthy lifestyle isn’t always easy. It takes time, determination and sometimes, hefty gym membership fees. Often, a person’s career, age, family, prior health conditions or lack of motivation can stunt the process of jumping into an active routine. For one 89-year-old man, though, these challenges didn’t stand a chance.

A New Albany High School graduate, Gene Endris was the first person to receive a track scholarship to Drake University in 1949. The photo featured from Endris’s high school running career tells a story of regret through the eyes of head coach Alex Thom for not entering Endris in the half-mile race. A race in which he would have run two seconds faster than the winner. Endris had not been beaten in any regional races at that time.

From high school to college Endris ran his heart out. Upon his induction into the Navy in 1951, he continued running and even qualified for the USA Olympic team, but fell short by several seconds in the final qualifying race. It wasn’t until he married his wife Norma Wolf, started a family and a business that he began to slow down.

Throughout the course of Endris’s life, he has faced many obstacles. Health complications, family responsibilities and the decline of his beloved wife who was diagnosed with dementia in 2015 at the age of 84. For Gene, life seemed to be slowly droning on into stagnancy, until he devised a plan to ignite that old spark he was so familiar with while running. Endris was 87 years old Nov. 1, 2018, when he decided to go for a walk.

Endris had two children with Norma, Freda and Frank. Although Freda, the oldest, still resides in Southern Indiana, frequenting the Endris Home, Frank moved to Colorado Springs, Colorado, with his wife and four children. Gene got to thinking, “What if I walked the distance to Colorado Springs from here, and back?” The mileage? 2,166 miles round trip. The goal? Walk the total distance in one year, finishing on Nov. 1, 2019.

Endris began at once, counting the steps it took to walk a mile between his garage to the mailbox, as well as laps around his basement, marking each completed mile with a peanut. His family wanted to offer him a more precise way of tracking his mileage and provided him with a Fitbit to wear while walking. Oftentimes, Endris would walk over 19 miles in a 24-hour period. Some days, he was unable to walk at all from tending to his wife’s illness. On average, Endris walked 6 miles a day, notating his daily mileage on a calendar.

On Oct. 14, 2019, just short of a month before his projected completion date, 88-year-old Gene Endris walked his 2,166th mile. Throughout the course of the year, Endris felt his body changing. He lost weight, gained strength and muscle in his legs and began eating healthier. His story has been told by many members of his family in amazement of his determination and physical abilities at such an age. He hopes that his story continues to inspire those who feel that they are unable to access the willpower to make healthy changes toward an active lifestyle, especially during a time where nothing seems certain.

It just goes to show what a simple idea, a sharp mind and a lot of peanuts can produce! Endris says that he “fully intends on having a 100th birthday party” and will continue to take care of his physical health until then.