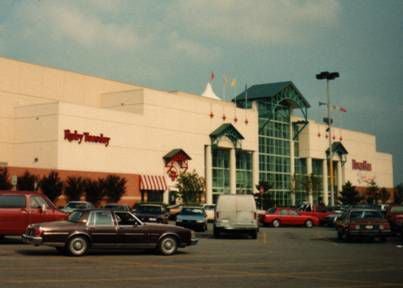 The facade and tent-like structure of the old River Fair was a leading source of excitement for youngsters in Southern Indiana during the 1990s and early 2000s. 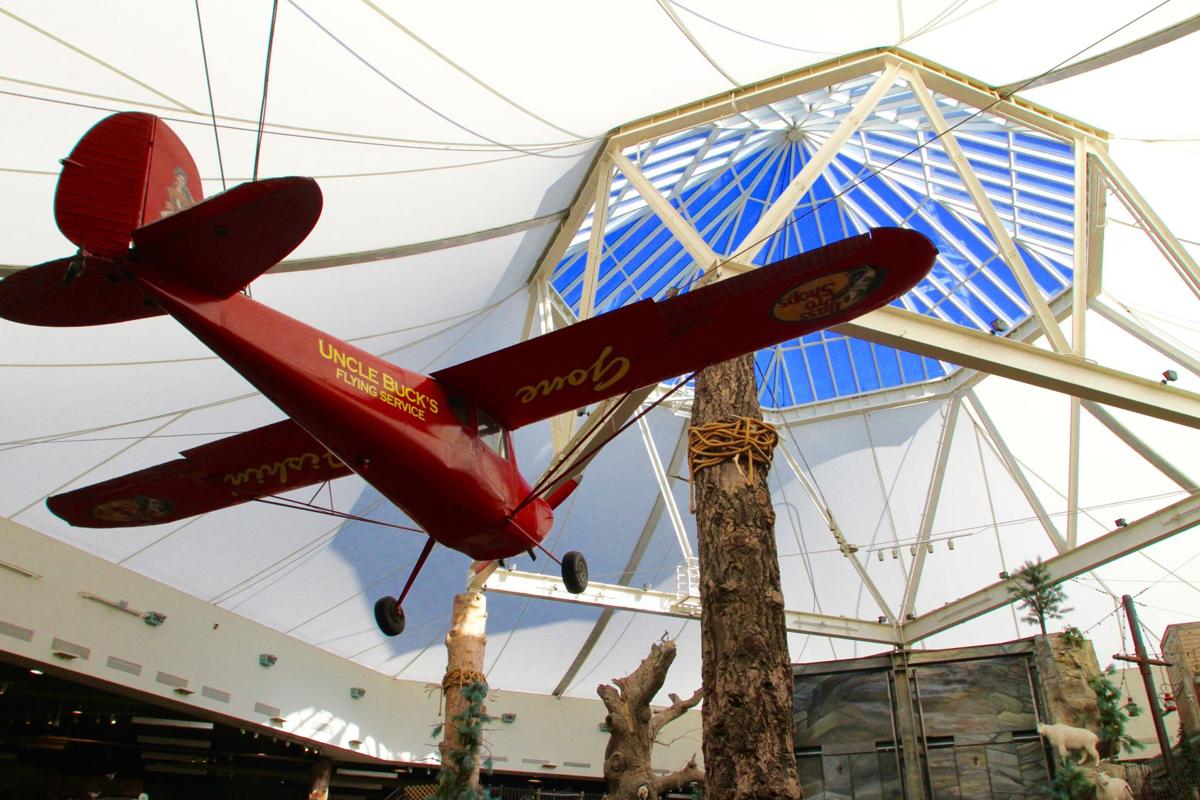 In a more-than-likely unintended homage to one of the rides at the former River Fair, a lone plane flies high above Bass Pro Shops. 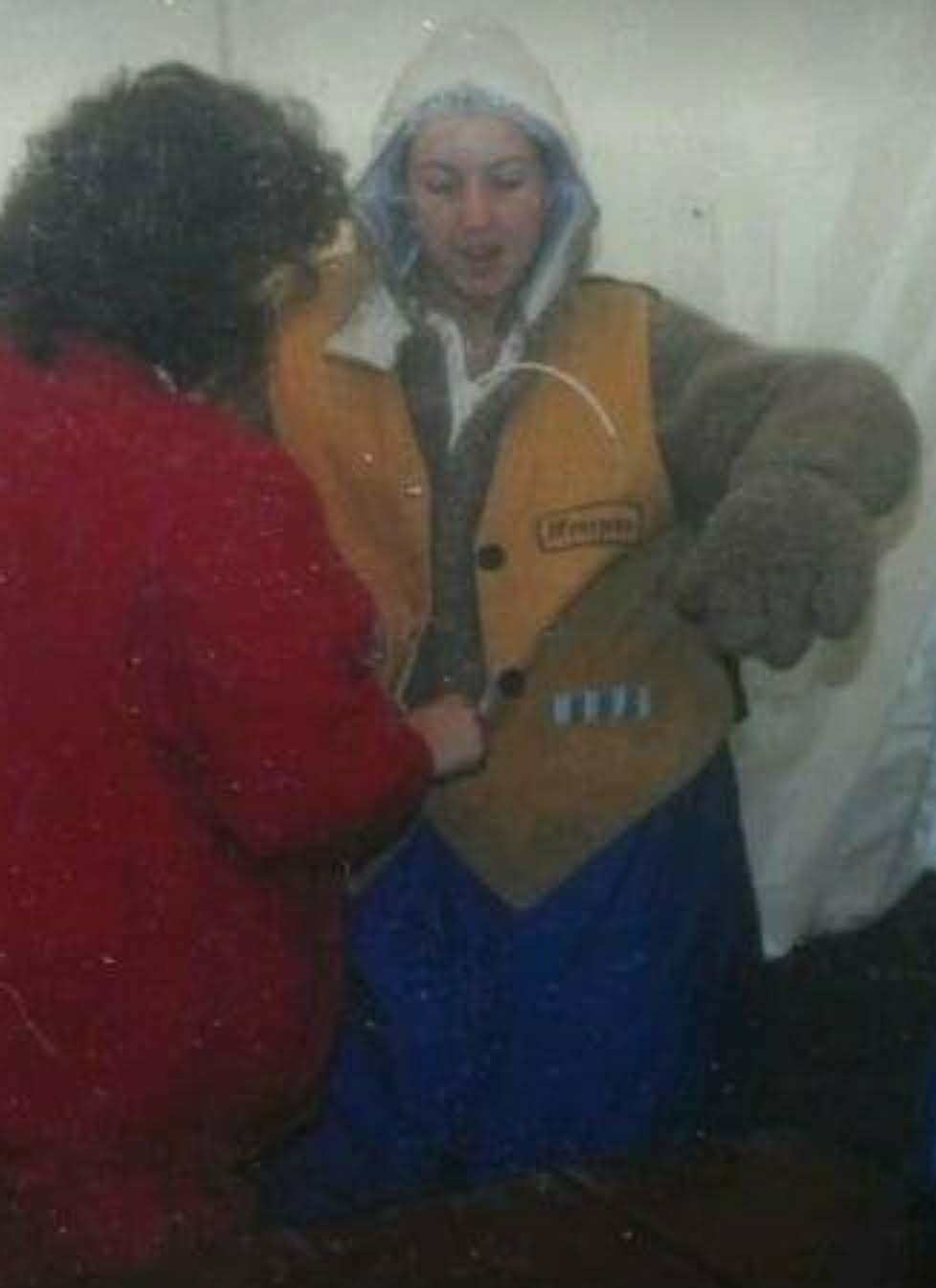 Bridgette Dozal spent some of her youth dressing up as Hooper Hound as an employee of River Falls Mall. 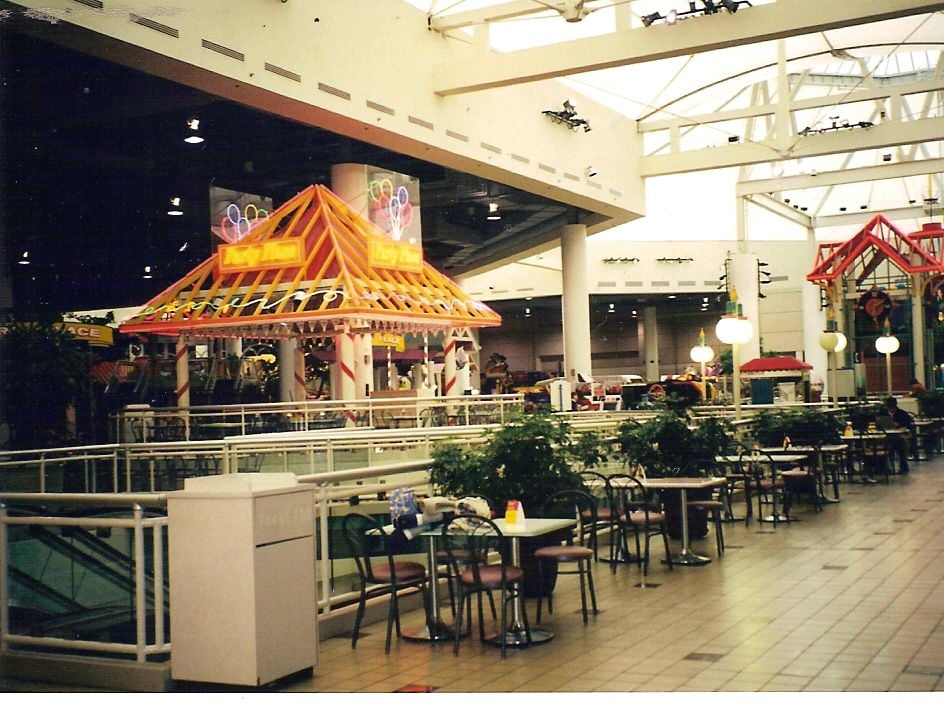 A similar layout of the old mall can still be found in the Bass Pro Shops that stands there today. 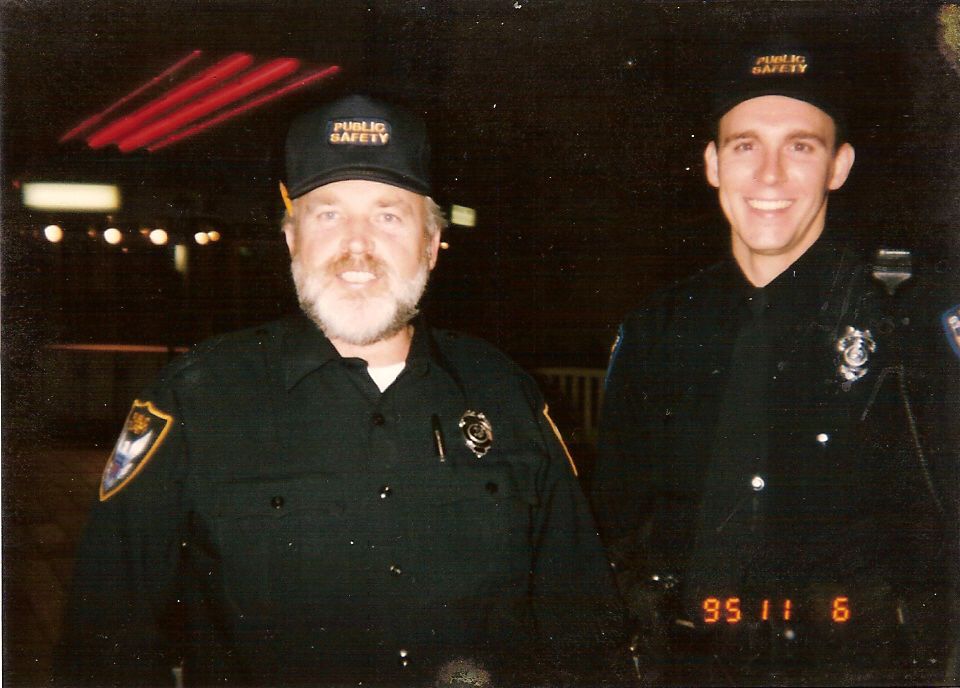 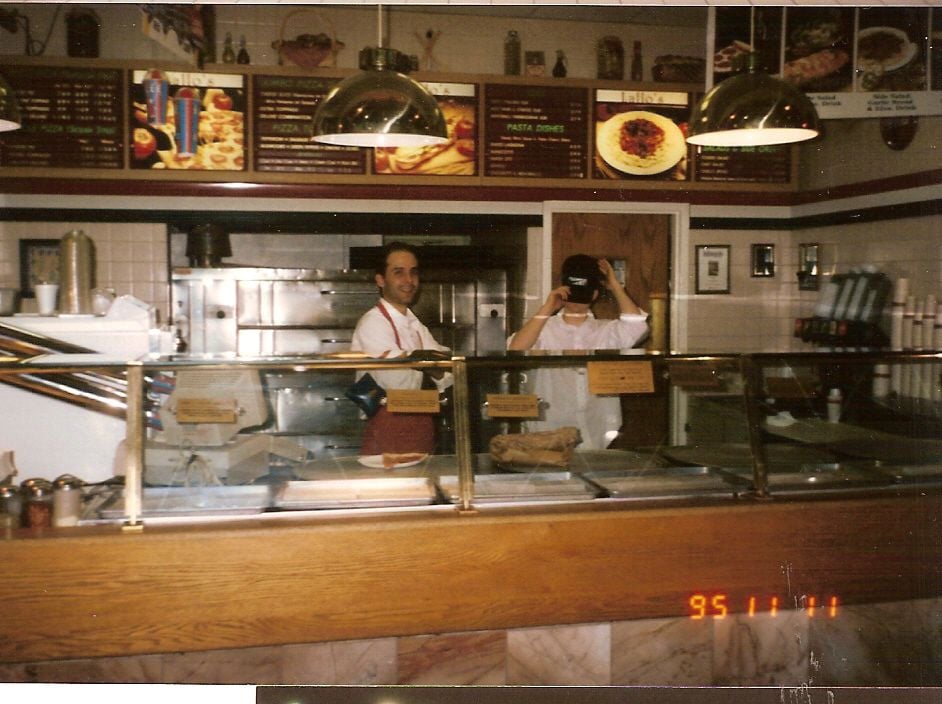 Among the options at River Fair's food court was a pizza joint. 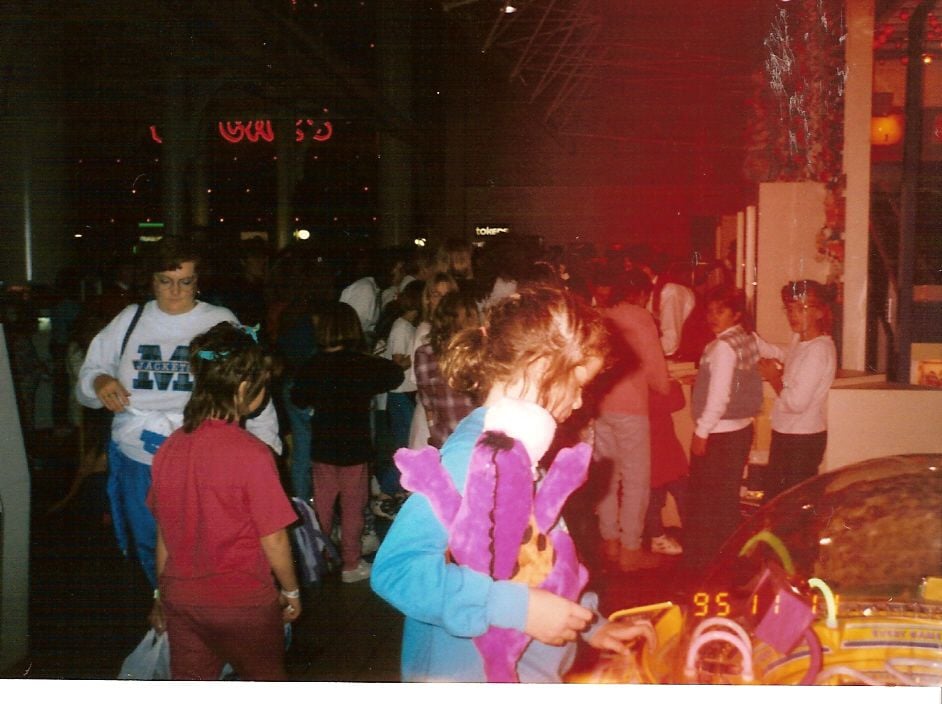 Kids of all ages would pour into the arcade at River Fair on a near-daily basis. 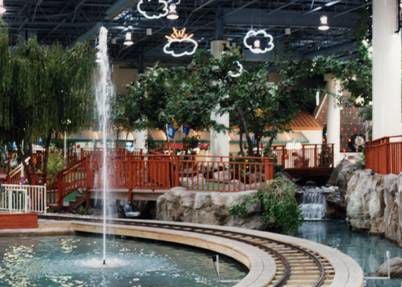 The train at River Fair snaked its way through around fountains and the putt putt course. 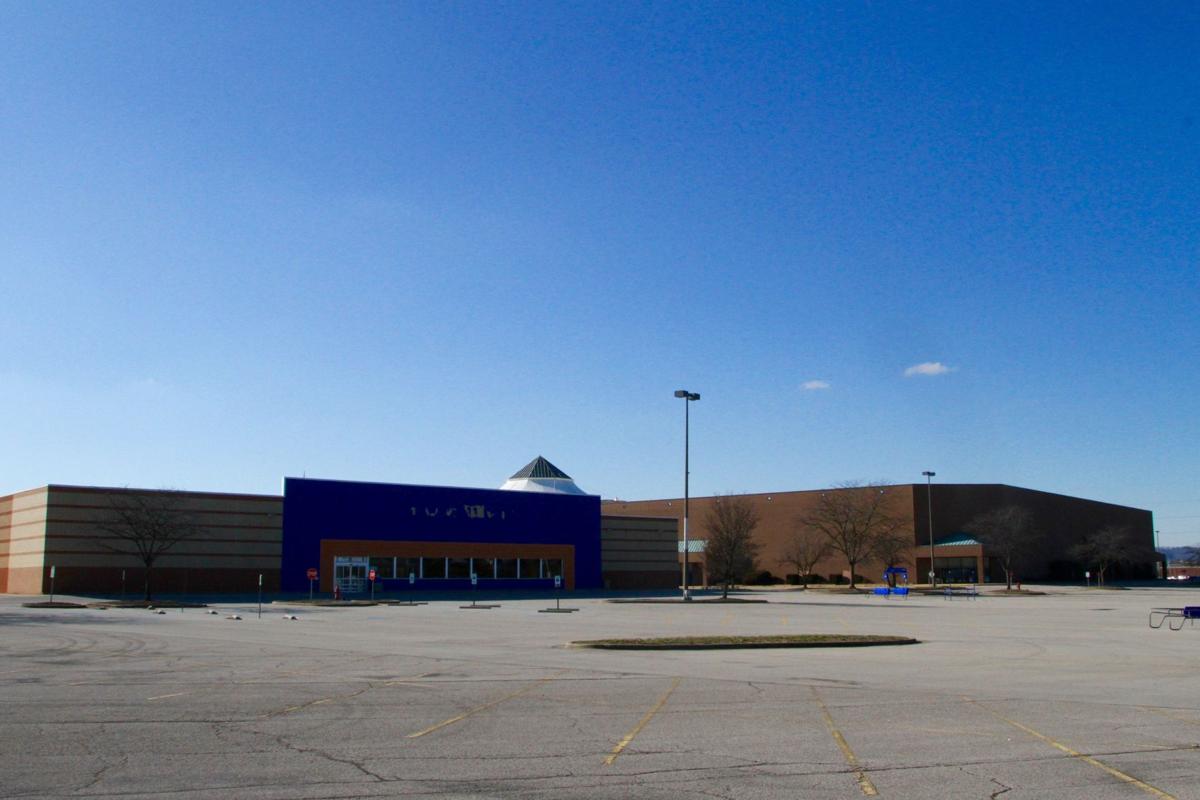 The former Toys 'R' Us and Dillard's both currently sit empty on the backside of the former River Fair. 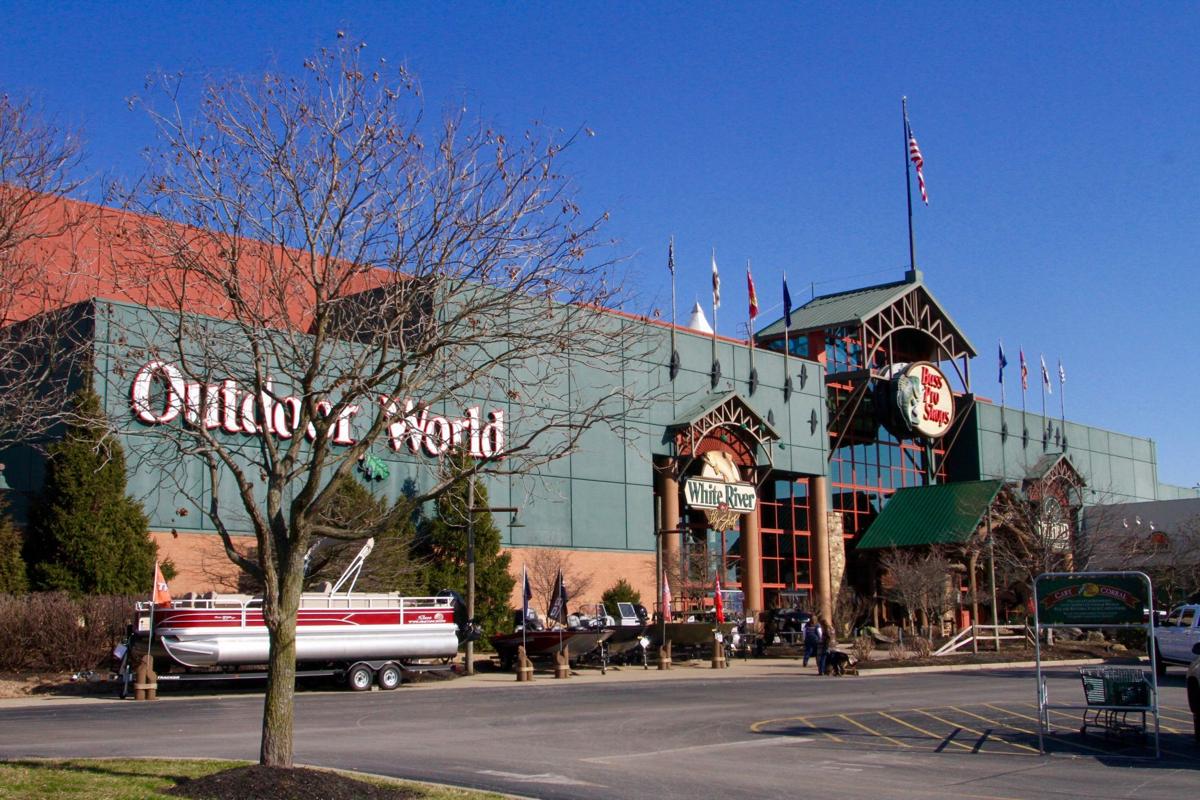 It doesn’t take much of a stretch of the imagination to see that the facade of the old River Fair is still intact for the most part at the Bass Pro Shops that currently occupies the space. 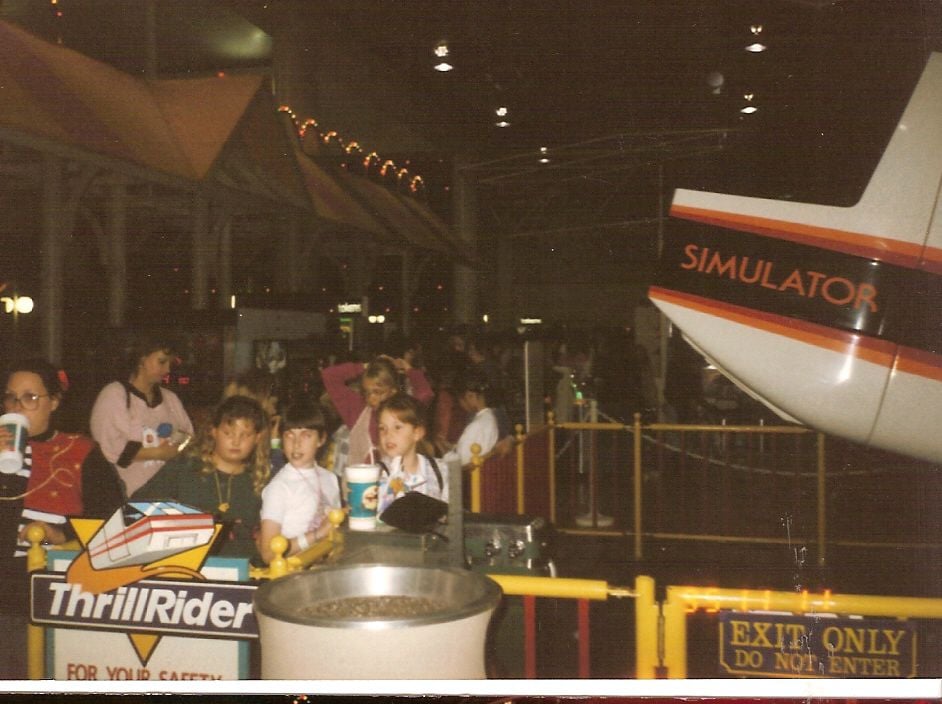 The simulator at River Fair was a favorite among the hoards that visited the old mall during its relatively short existence. 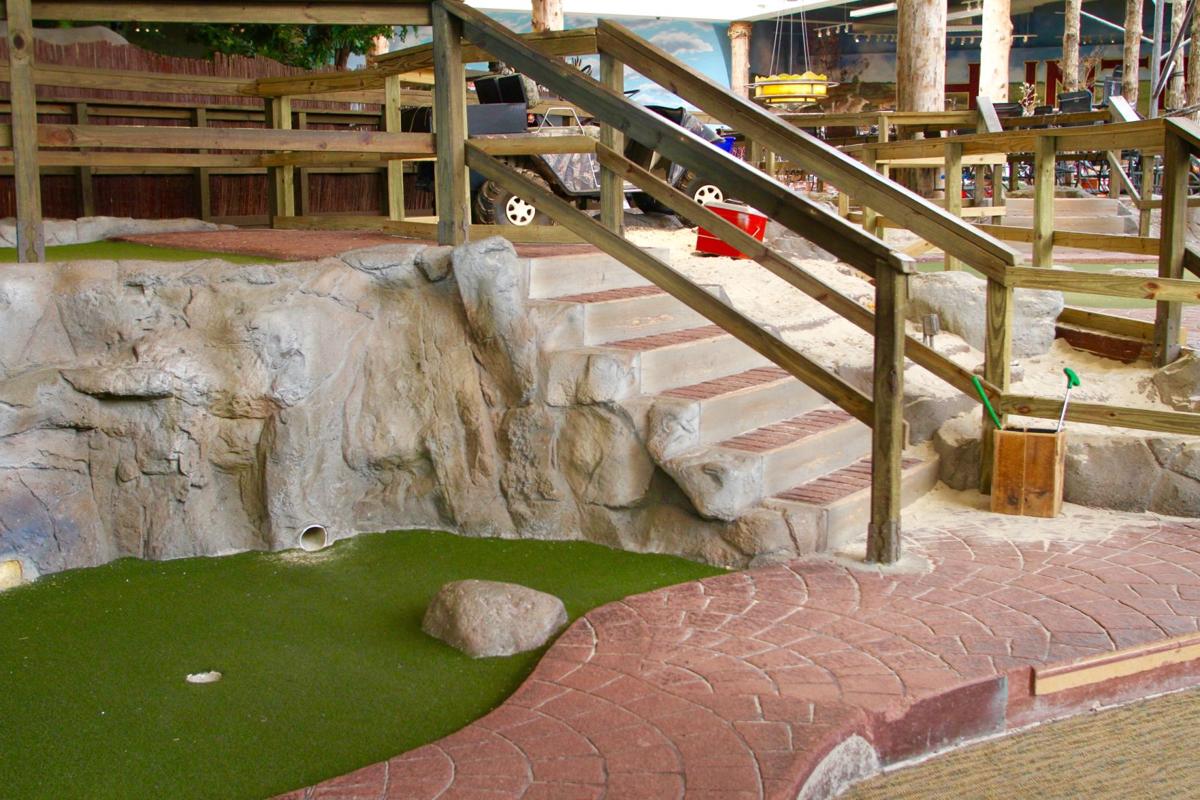 The putt putt greens at Bass Pro Shops are one of the last remnants of the former River Fair. 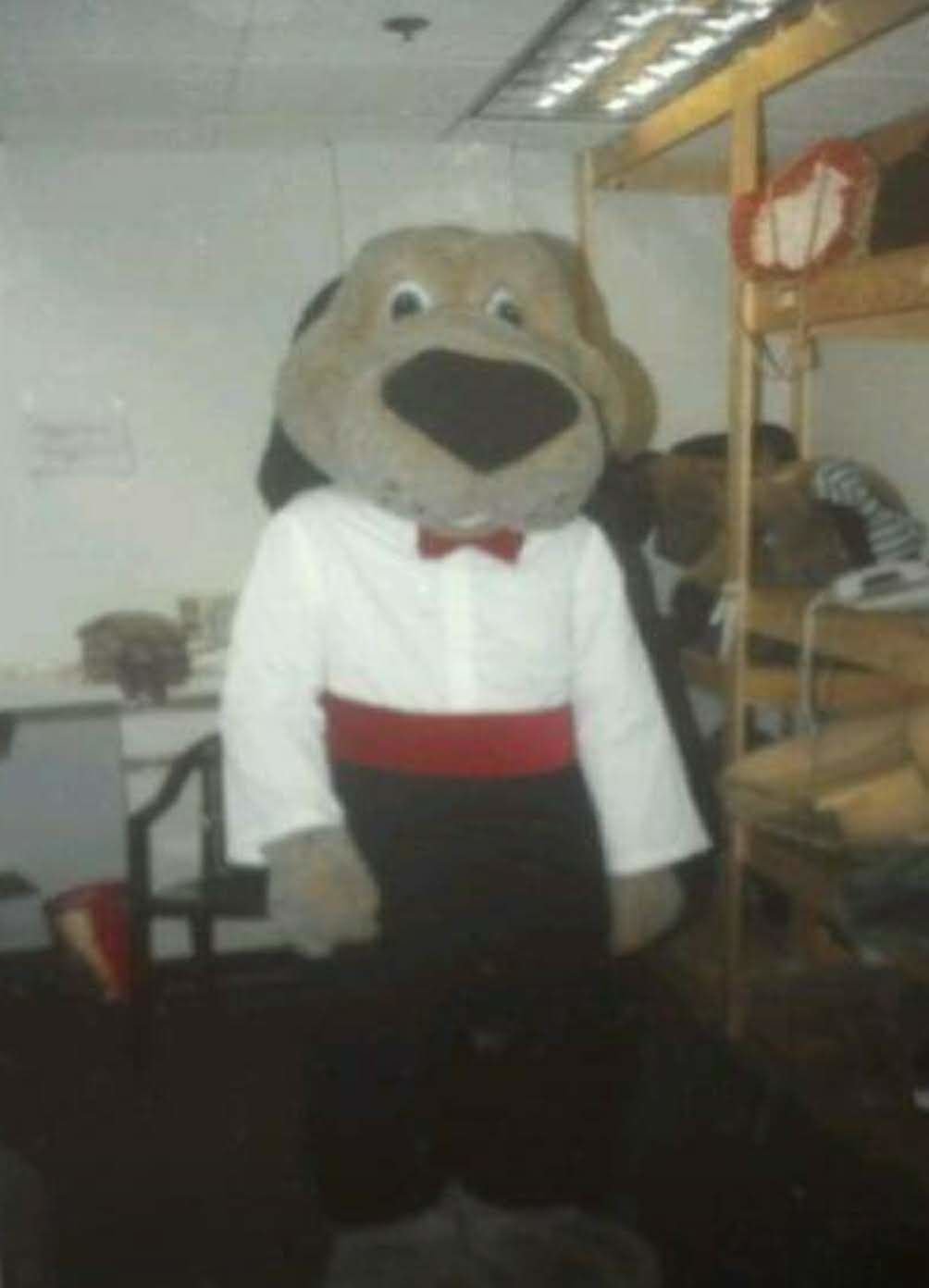 Hooper Hound served as half of the River Falls Mall mascot duo, bringing joy to those who visited.

The facade and tent-like structure of the old River Fair was a leading source of excitement for youngsters in Southern Indiana during the 1990s and early 2000s.

In a more-than-likely unintended homage to one of the rides at the former River Fair, a lone plane flies high above Bass Pro Shops.

Bridgette Dozal spent some of her youth dressing up as Hooper Hound as an employee of River Falls Mall.

CLARKSVILLE — People have a soft spot for the 1990s.

It was undoubtedly a decade of bright colors and regrettable trends. But aside from that, it was perhaps the last decade during which the technology and recreation of old reigned supreme over what was to come, when the Jobs and Zuckerbergs of the world took over our lives.

Nowhere was this vibe more prominently represented than at River Fair Family Fun Park in River Falls Mall. There, you could find a seemingly endless offering of games and rides incorporating planes, trains and automobiles.

To kids, this place was heaven on earth, before Bass Pro Shops displaced the arcade temple. To a kid like me, who had spent the preceding years of his life on a dirt road in Florida, it provided an indescribable euphoric rush.

Before coming to Southern Indiana right around 2001, a good chunk of the fun I had revolved around going to our local swimming hole, Blue Springs, or fishing the Withlacoochee River. Of course, we would also take day trips to places like Wild Adventures in Valdosta every now and then — maybe even Walt Disney World or SeaWorld on special weekends.

But to have a mini theme park with its own big top aesthetic right smack dab in the center of town was unheard of. Nothing could prepare me for this, as my family had previously done things like drive 45 miles just to get gas.

Needless to say, anytime mom was willing to transport us, I equipped my JNCO jeans and bucket hat in the blink of an eye.

The memories made at River Fair, however, stretch back long before my arrival in the area. Many locals had been frequenting the joint since its opening in 1990, soaking up all the now-vintage glory along the way.

What brought folks in was the fact that you could be satisfied by one facet of what the mall had to offer regardless of age. Older crowds seem to find comfort in mall walking and Walmart, both readily available at the 762,000-square-foot site.

It’s obvious that younger visitors had their eyes fixated on Toys ‘R’ Us, the attraction area or the movie theater. The timing of this article is weird, in a way, with “Bad Boys 2” being the last movie I remember seeing at the movie theater before the Great Escape (or Regal) that’s now showing “Bad Boys for Life” took shape in the adjoining parking lot.

I find it sad that while our great former mall couldn’t survive, somehow, the Bad Boys franchise has made it all these years.

The real draw of it all was obviously the game and ride floor of River Fair. Visitors would walk through the doors of the grand entrance and immediately encounter the carousel upon ascending the staircase.

Farther up, guests might have seen the likes of Bridgette Dozal, who donned the Hooper Hound costume during her time as an employee at the mall.

As half of the River Fair mascot duo, Dozal was responsible for bringing life to any of the number of events hosted at the mall, including birthday parties and visits from Santa, who according to some arrived via helicopter rather than sleigh and reindeer.

Dozal also operated some of the rides. Among the options were bumper cars, the airplanes and the simulator, where I remember experiencing an Elvira roller coaster of some sort.

Disdained by all teenagers who worked at the mall was the train that snaked its way around the floor.

“Everybody hated operating the train,” she said. “When the cool kids came in on the weekend, you could hide on other rides. But not on the train.”

Mondays were particularly popular, with River Fair offering one-ticket rides on all attractions. Slashing down the costs was crucial in allowing all parents to afford the luxuries offered by the play Mecca.

Regardless of the day of the week, people who experienced the days of River Fair remember it as the absolute place to be. Seasons didn’t matter like they do for local pools and water parks either, with the enclosed structure giving the community a break from whatever weather ravaged the outside.

“It was just the excitement,” Dozal said. “It was everything in one — the movie theater, the food court. There were rides for older kids and younger kids. It was something for everyone.”

Though Santa brought with him all the icy fixings of the North Pole during his trips to the mall, he lacked a certain ability to light up a stage and wax a chump like a candle. Conversely, Vanilla Ice — my lone celebrity follower on Twitter — professed to doing just that.

Excitement, along with the ‘90s in general, hit its peak at River Falls when the ice man himself cruised into town to stop by RadioShack.

According to Tammie Feiock, who worked at the mall from its opening to early 1999, Vanilla Ice’s team made the impromptu stop on their way to a show in Louisville. Only an hour’s notice was given, meaning the mall would need to pull together its best plan in a very short amount of time.

When the limo arrived, mayhem commenced.

“It was almost comical,” Feiock said. “I remember seeing kids run to the phone kiosk making phone calls. They were lined up four and five deep. Within just a short period of time, they started to arrive in groups of five, 10, 15. Before Vanilla Ice left RadioShack, there were hundreds of kids there at the mall standing outside of RadioShack. When he finished his shopping, and he did have a few large security guys with him as well, we all tried to keep the kids from physically grabbing him. It was a challenge for sure. I still can’t believe how quickly that mall filled up with teenagers.”

Feiock said the team was able to get Ice back into the limo without incident, and she even snagged an autograph as a memento.

Unfortunately for many of us in town, the only memento we have of River Fair is the bits and pieces we can remember of our experiences there. I’m thankful that people like Dozal and Feiock were able to share their pictures of the interior, helping me remember more about my childhood.

And that’s the rub here. Nothing I could write will be as impactful as looking at the pictures and reliving days gone by in your own heads.

Dozal eventually hung up the big dog head and moved on to greener pastures, raising a family in Kansas. When she came back to visit the area, she was shocked to see the mall had taken new form as Bass Pro Shops and the stores that accompany the strip mall.

The only remnants of the former River Fair include the putt putt greens on the second floor of Bass Pro, almost directly under the big top tent structure that allows natural light to fill the room.

On the backside, the former Toys ‘R’ Us and Dillard’s sit empty, giving an odd, unsettling feeling of abandonment to the entire area. Some of the surrounding properties will be transformed by the Town of Clarksville in the years to come, as officials try to bring new life to the commercial core. How that will ultimately look, though, is still being determined.

My only suggestion to town officials is to try to bring back at least a small piece of what River Fair gave the community. Something on the same scale is obviously out of the question, but few places in town conjure up the amount of joy the old mall did with its mere appearance. It’s worth a shot.