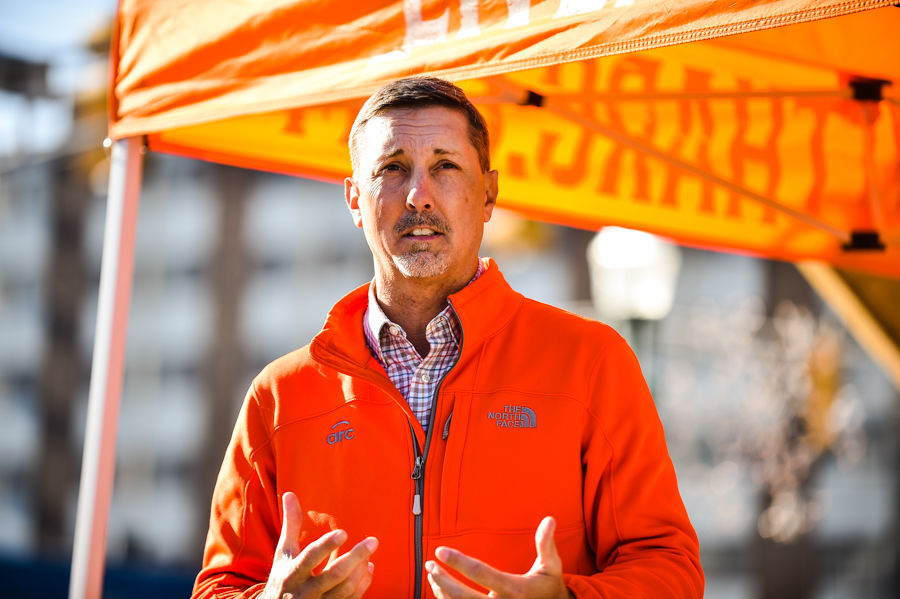 ARC Founder Alan Muncy addresses attendees of November’s groundbreaking, speaking of his vision for the corner of Market and Spring streets and the amenities his development will bring to downtown Jeffersonville. 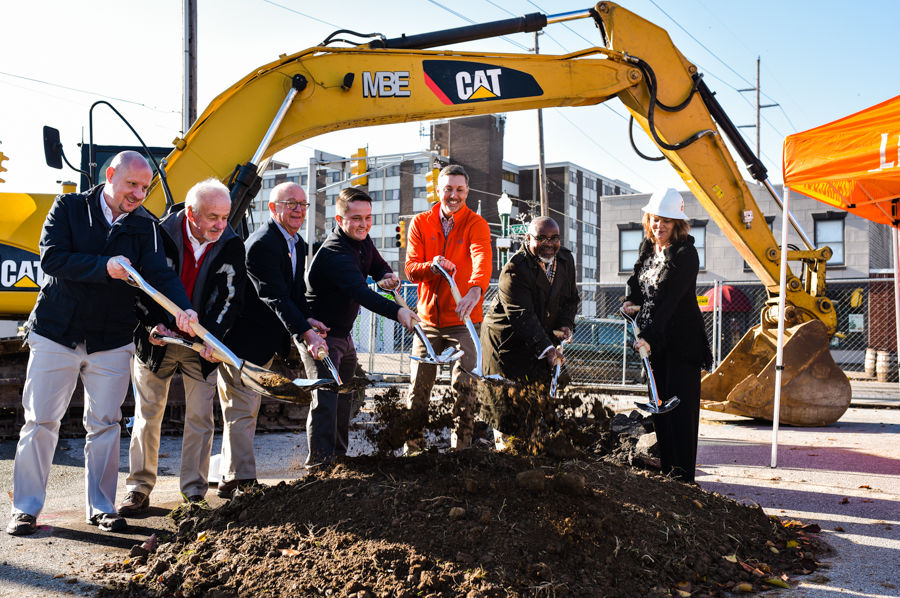 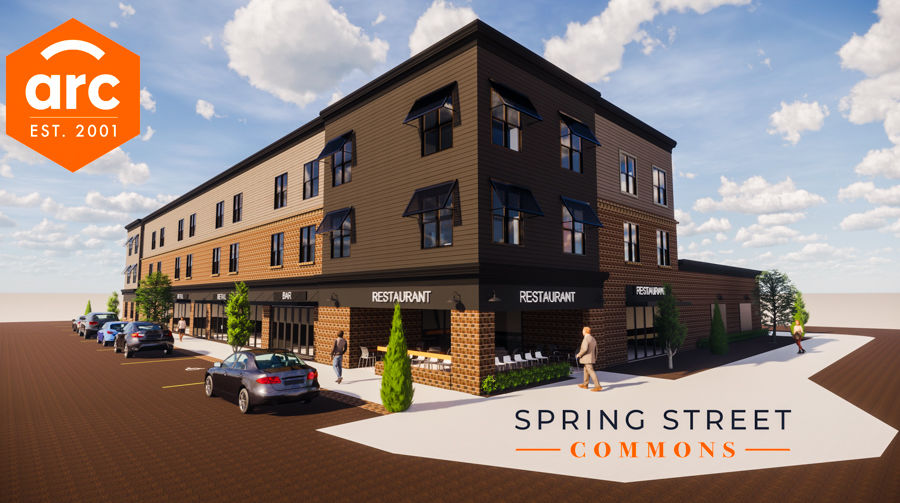 A rendering of the Spring Street Commons shows the look of the $3.5 million development, which will bring retail and real estate to downtown Jeffersonville.

ARC Founder Alan Muncy addresses attendees of November’s groundbreaking, speaking of his vision for the corner of Market and Spring streets and the amenities his development will bring to downtown Jeffersonville.

A rendering of the Spring Street Commons shows the look of the $3.5 million development, which will bring retail and real estate to downtown Jeffersonville.

JEFFERSONVILLE — After months of inactivity due to a legal dispute, city and project officials have broken ground on Spring Street Commons in downtown Jeffersonville.

Alan Muncy, founder and chief creative officer of developer arc, was joined by government officials from the city, county and state levels Monday morning to commence work on the parking lot at the corner of Spring and Market streets. There, he plans to construct a $3.5 million mixed-use development that will bring retail and real estate to the city's core.

Muncy took perhaps the biggest step thus far toward completing the project with the ceremony. Since August, the process has been bogged down by "full-blown litigation" with the Jeffersonville Urban Enterprise Association (JUEA), as JUEA legal counsel Larry Wilder first filed paperwork with Clark Circuit Court 2 in June.

"Our focus as a city should be on the growth and not trying to prohibit or stop the growth," Muncy said of the case. "My focus is on growing our city and putting projects down here that matter. I would think that us being a Southern Indiana company, paying Southern Indiana taxes and hiring Southern Indiana companies should be the focus of our government. They should want us to do this project... I would ask everyone to look inside, do what's best for the city, drop this lawsuit and let us proceed with this project."

JUEA officials have contested the $1 sale of the property, noting that without the urban enterprise zone tax credit — something that has been denied multiple times by the Jeffersonville City Council — the deal should be considered null and void. The credit would generate $450,000 over a 10-year period for the JUEA.

Wilder previously told the News and Tribune that he had requested a temporary injunction to stop work on the property, with a response from arc being received Oct. 22.

According to Muncy, a court date is scheduled for Dec. 19. He added that per the development agreement, he is contractually obligated to begin work on the site before the end of the year.

"We're hopeful that sometime between now and then, this whole issue between us and the JUEA will get resolved, and we can move forward without that lingering," Muncy said. "But as of right now, we have a contractual obligation, and we have a desire to move forward with this project. That's what we intend to do."

The 9,000-square-foot development is set to hold a bank, coffee shop and 22 apartments — including one and two-bedroom units. A restaurant was previously secured as a third tenant for the ground-level commercial space, but has since backed out.

"We had a restaurant, prior to having the issues with the JUEA, but two of three tenants are still committed to this project," Muncy said. "We don't foresee an issue finding the other tenant."

At-large council member Matt Owen said that reviving Spring Street has been a goal of his since he first took office in 2012. At that time, he said that there were 13 vacant storefronts along the strip.

Owen said he met with entities like Jeff Main Street to bring new focus to the area. Once the project wraps next year around October, it will help complete a city block that Owen has long had his eye on.

Helping in that process has been fellow council member Dustin White. White's role started as a private citizen, when he first joined the JUEA.

Since then, he's been elected and re-elected as the representative for District 1, in which Spring Street Commons will sit. White said that the development will join Colston Park Residential Lofts — another arc project bringing 30 residential units to the perimeter of Big Four Station Park — in attracting a new wave of downtown residents.

Unlike Colston Park, however, the Spring Street complex will be more affordable, thus allowing a wider range of citizens to move to the area.