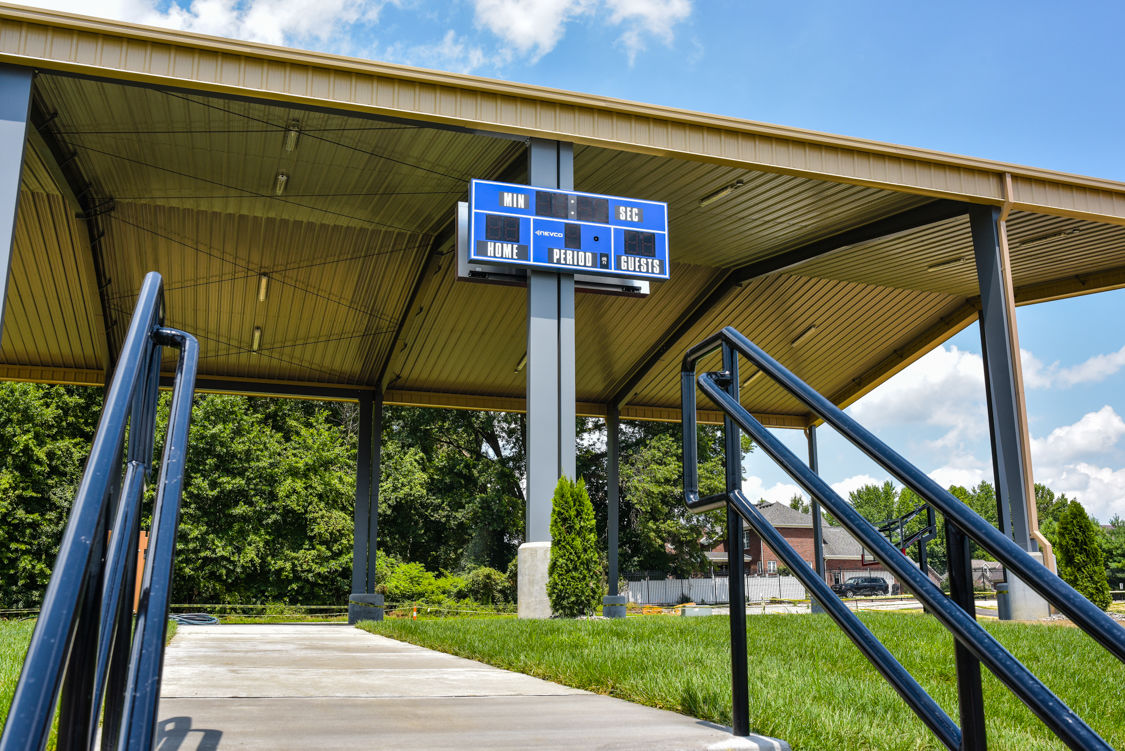 The new covered basketball court at Kevin Hammersmith Memorial Park will officially open Sept. 21. The court was made possible thanks to a donation from businessman Elliott Phillips. 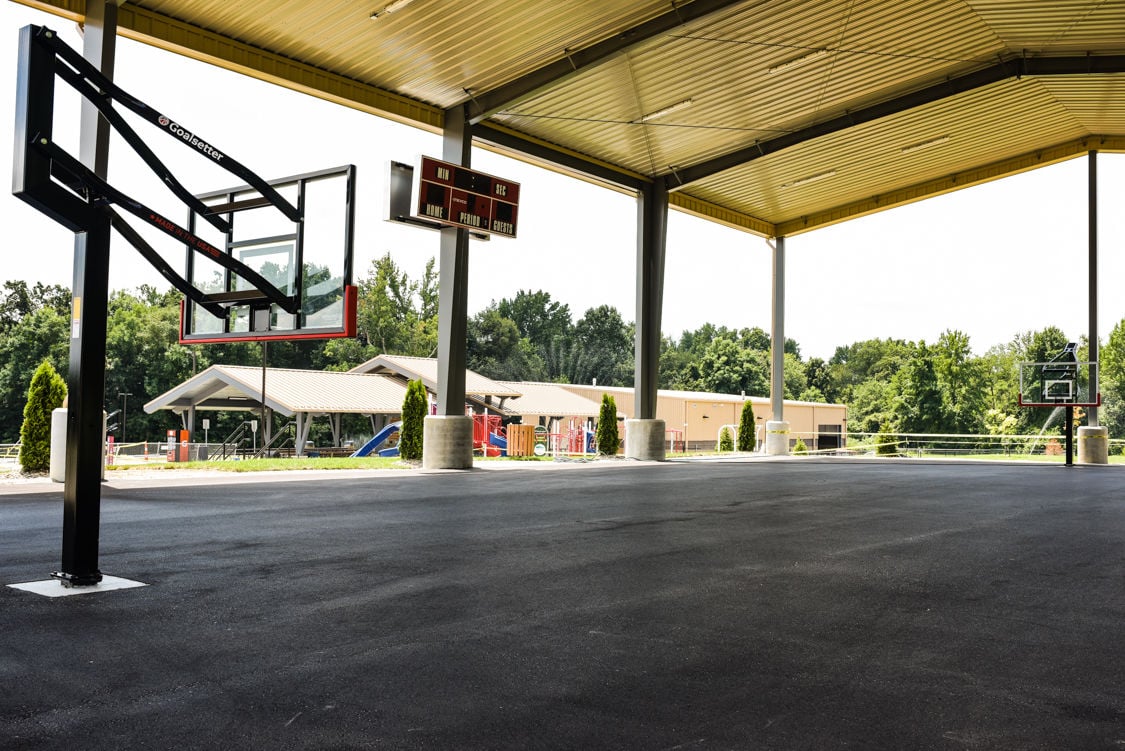 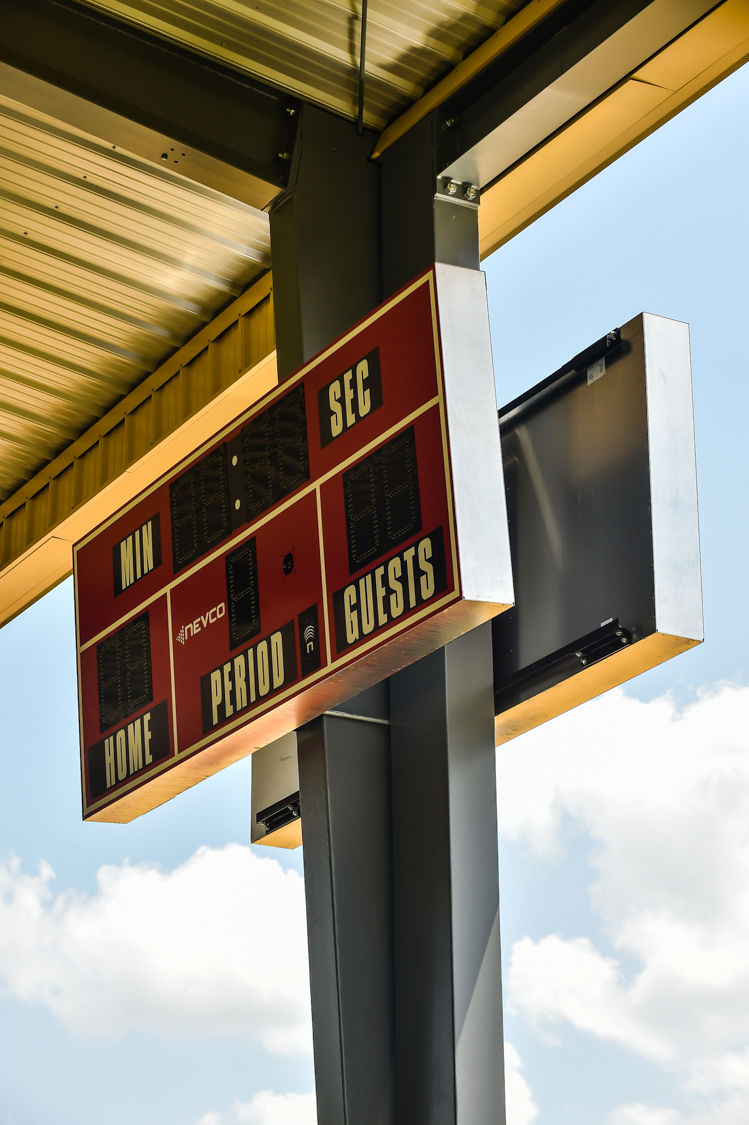 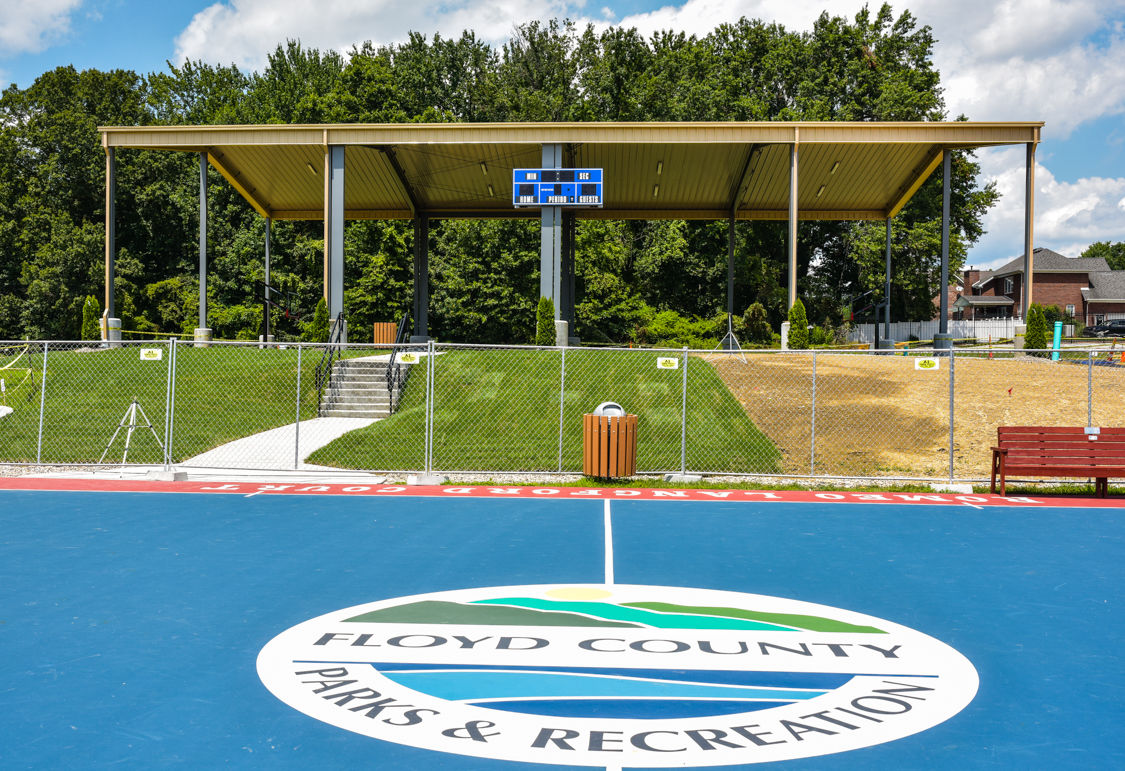 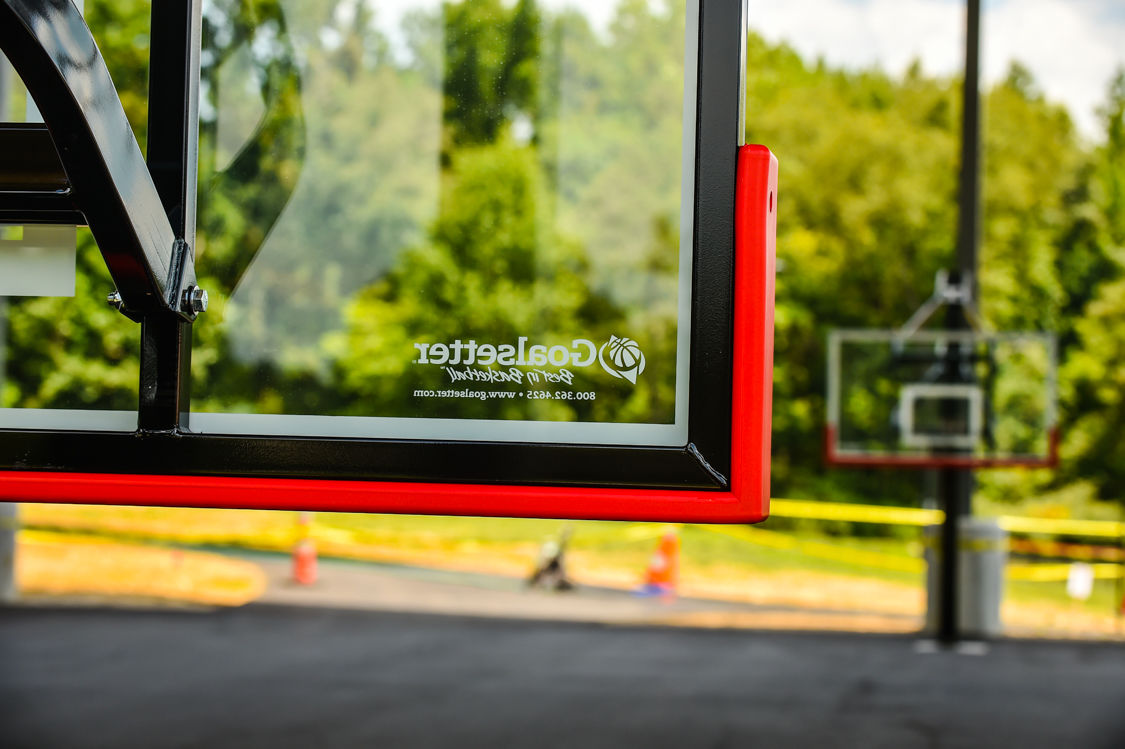 The new covered basketball court at Kevin Hammersmith Memorial Park will officially open Sept. 21. The court was made possible thanks to a donation from businessman Elliott Phillips.

NEW ALBANY — Elliott Phillips has a special way of saying thank you.

The longtime Southern Indiana businessman who developed a large portion of Charlestown Road, including the Meijer and Regal New Albany movie theater, was looking to make another impact on Floyd County. After attending the dedication of the Romeo Langford Basketball Court at Kevin Hammersmith Memorial Park last spring, Phillips had an idea that he shared with Floyd County Parks Department Director Roger Jeffers a few days later. He wanted to donate money to build a canopy over the Langford court.

But utilities are buried near the court which made that idea too expensive, so the decision was made to build a second court.

"New Albany has been good to me so I wanted to pay back a little bit," he said. "When I was a kid we played in New Albany and had no place to go. We couldn't play on the courts because they were all muddy. But these will stay dry."

There is nothing locally that compares to a covered outdoor basketball court with lights. Jeffers said the plan is to have outdoor leagues on both the covered court and the Langford court. He said the new court should be open in two or three weeks. Crews are still touching up landscaping around the court and it will be painted red soon. The LED lights will be on timer and will go off at 11 p.m. each night.

"This is really going to be nice," he said. "It's going to be well lit so we will be able to have leagues and the public will really enjoy this. Elliott has been great to work with. He has been very generous with us and I hope he will be proud of this court."

"I don't know of another one like it," Phillips said. "I hope they can play year round."

Jeffers said the $250,000 donation paid for the engineering work as well as the lighting and covered canopy. The parks department put scoreboards up on both courts and installed the regulation basketball goals that can be lowered to six feet for small children and wheelchair leagues.

"We have a lot of kids out here and that is what we want. This park is for people to come out and enjoy," Jeffers said.

He also said what makes him happy is how the public stepped up financially to support the park. The playground equipment was sponsored by Diane Fischer, KFC sponsored the stage, Duke Energy the rain garden and now Phillips is sponsoring the canopy on the second basketball court.

"I think it's beautiful," Phillips said of Hammersmith Park. "I am really proud of it. I think it's extremely nice."

Jeffers said a park design team from Chicago was in New Albany recently and said they had never seen an outdoor parks basketball court with a covering. Jeffers said he knew of one at Clemson University.

"It's really being done the right way and is going to be nice," he said.

Floyd County Parks Vice President Steve LaDuke said he doesn't know of another covered parks court south of Indianapolis, or anywhere in the state for that matter.

"The court is really neat," he said. "We will be able to play leagues and tournaments on the courts. It can be a really cool thing."

The new Pat Graham basketball court at Garry Cavan Park in Georgetown also will be dedicated as soon as it is painted, Jeffers said. Graham was the 1989 Indiana Mr. Basketball from Floyd Central.

A local nonprofit holds a candlelight vigil to remember victims of the substance abuse epidemic. And, local health officials hope at-home COVID-19 testing will help alleviate some of the strain on the healthcare system