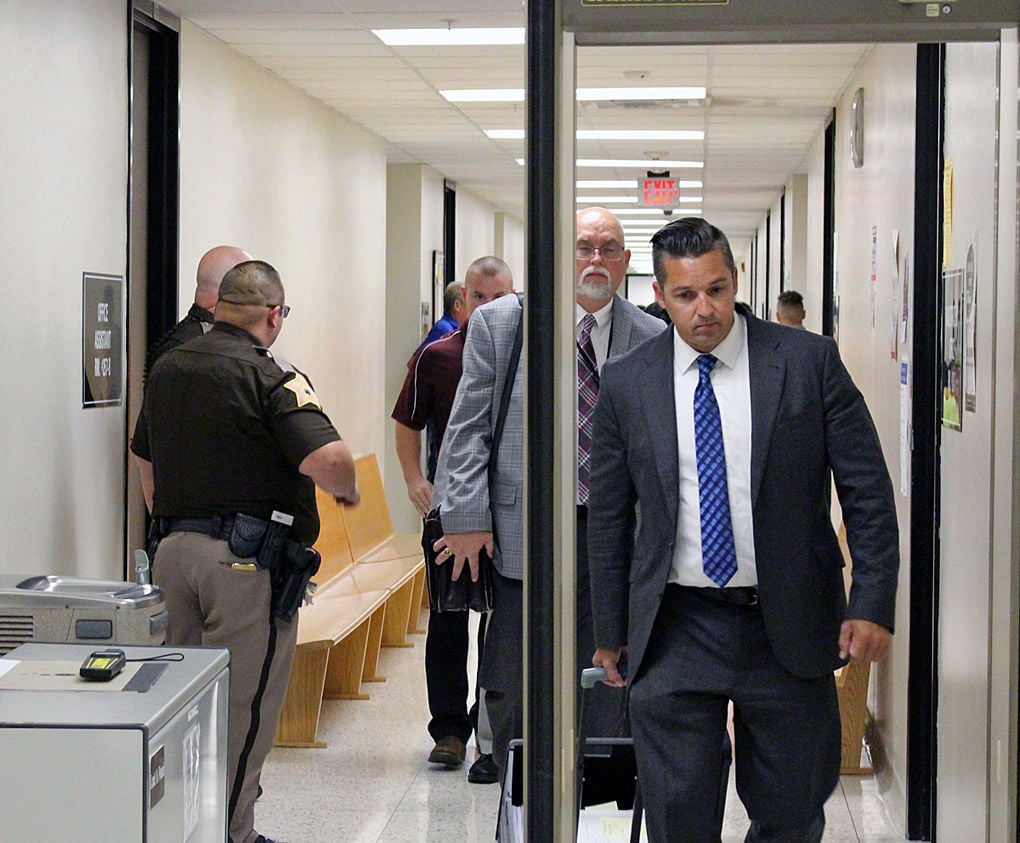 Clark County Prosecutor said he was "thrilled" that the Joseph Oberhansley trial finally started Wednesday, after first making a case against him five years ago. 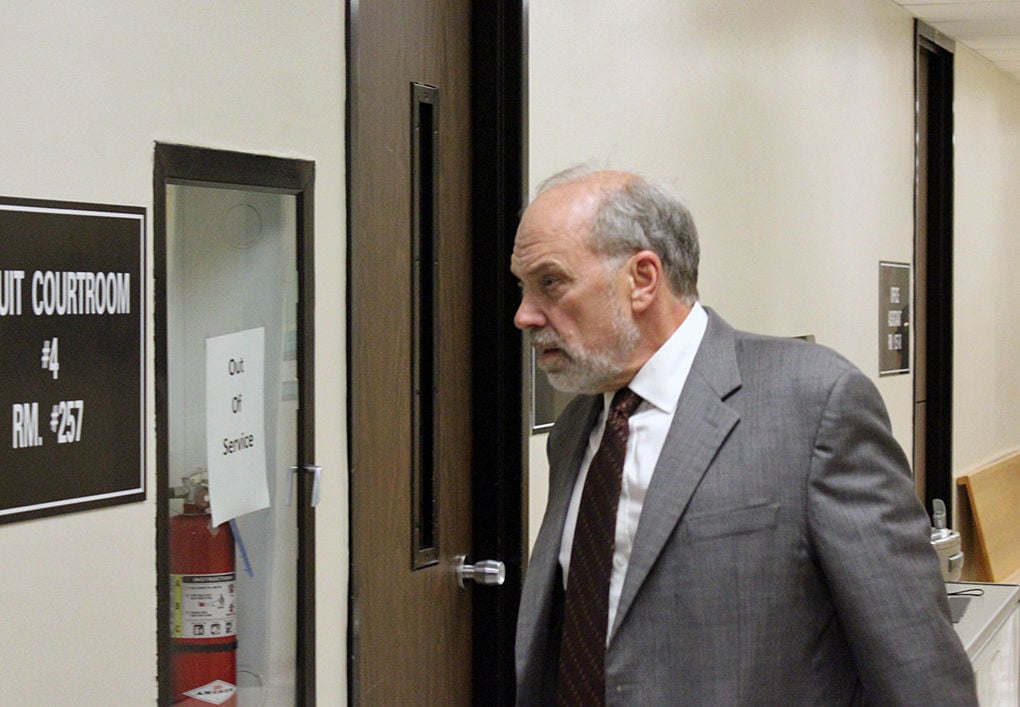 Lead defense attorney Brent Westerfeld approaches Clark Circuit Court No. 4 ahead of the murder trial of Joseph Oberhansley on Wednesday.

Joseph Oberhansley makes his way toward Clark County Circuit Court No. 4 on the opening day of his first murder trial in August, before a mistrial was declared.

News and Tribune file photo
1 of 2

Clark County Prosecutor said he was "thrilled" that the Joseph Oberhansley trial finally started Wednesday, after first making a case against him five years ago.

Lead defense attorney Brent Westerfeld approaches Clark Circuit Court No. 4 ahead of the murder trial of Joseph Oberhansley on Wednesday.

JEFFERSONVILLE — Trial proceedings are underway for a man accused of killing and mutilating a Jeffersonville woman in her home nearly five years ago.

At the start of the hearing Wednesday afternoon, defense attorneys for Joseph Oberhansley, 38, renewed a previous motion that the defendant is not competent to stand trial for the death of 46-year-old Tammy Jo Blanton. Clark County Circuit Court No. 4 Judge Vicki Carmichael denied the motion from the bench.

Joseph Oberhansley is led into Clark County Circuit Court No. 4 for the start of his trial. The jury is not yet in the courtroom (as of 2:15 p.m.) pic.twitter.com/x13wdGqBJm

Oberhansley was found competent last July after spending roughly six months at a state hospital, but defense attorneys have said he isn't. In hearings, he's said multiple times that he doesn't trust his attorneys and wants to fire them.

"Our client, Mr. Oberhansley, has been exhibiting what we believe is part of his mental illness," lead defense attorney Brent Westerfeld said following the hearing. "He's delusional and he remains delusional."

The defense is prevented from bringing any evidence to the jury in relation to Oberhansley's mental health, and the attorneys are prohibited from using the insanity defense, after the judge ruled last month in the defendant's favor to withdraw it.

Westerfeld told media Wednesday he feels this could prevent Oberhansley from having a fair trial.

"We're very concerned about that," he said. "When you're as mentally ill as Mr. Oberhansley is, his reality is not our reality. He sees things totally different from us. It's going to be an ongoing problem for us."

During opening statements, Clark County Prosecutor Jeremy Mull walked the jury through what police believe are the events leading up to and immediately following Blanton's death, including that Oberhansley told police he had gone to the victim's house "to talk some sense into her," following a breakup days prior.

Mull said the two had started dating in April 2014 and around June or July, Oberhansley moved into her home on Locust Street in Jeffersonville. But Blanton broke things off after friends say he held her captive and raped her at the house the weekend before her death.

Over the next couple of days, Mull said Blanton had been staying at a friend's house due to her fear of him, but had returned home Sept. 10, the same night police responded to a call that Oberhansley wouldn't leave the property. The morning of Sept. 11, Mull said she was found with at least 25 sharp force trauma injuries to her face, neck and chest. Court records show Oberhansley was found at the home with a bloody knife in his pocket.

"Joseph Oberhansley butchered Tammy Blanton...," Mull said in court. He added that when police asked Oberhansley what Blanton said when he had broken into the house and eventually the bathroom, Mull said evidence will show that the defendant said "Truth be told, she really wasn't that scared, surprisingly. Like she knew."

Court records show Oberhansley initially told police he had broken into the home, then killed and mutilated Blanton. In subsequent court hearings, he has denied that happened, instead saying it was two intruders who killed his ex-girlfriend.

Defense attorney Bart Betteau said while both sides agree on some of the evidence — that Blanton was murdered, that the two had been in a relationship at some point — he asked the jury to look at the evidence from all angles.

"I want you to think about everything," he said. "And then [question if] this is somebody who's thinking right...

"You're going to see [the police interview] on video. You need to look and listen. At the end of this case, I trust you will see things the way we do and not the way of the state."

Mull said before the hearing started Wednesday that he was ready for the five-year-old case to be coming to a head.

"I am so thrilled to finally have Joseph Oberhansley at trial," he said. "It's been something that's just weighed on me every single day as the Clark County prosecutor the fact that this case was pending, it was untried and that this family hadn't received justice yet. So today is the day that we start down that road to getting that justice."

The jury, which comes from Hamilton County, was sworn in Wednesday morning after two days of jury selection Monday and Tuesday. There are 15 total jurors including alternates.

The trial was expected to resume at 8 a.m. Thursday.

Joseph Oberhansley is led into Clark County Circuit Court No. 4 for the start of his trial. The jury is not yet in the courtroom (as of 2:15 p.m.) pic.twitter.com/x13wdGqBJm

JEFFERSONVILLE — A jury has been seated in the case of a man accused of the 2014 murder of a Jeffersonville woman, and opening statements are …