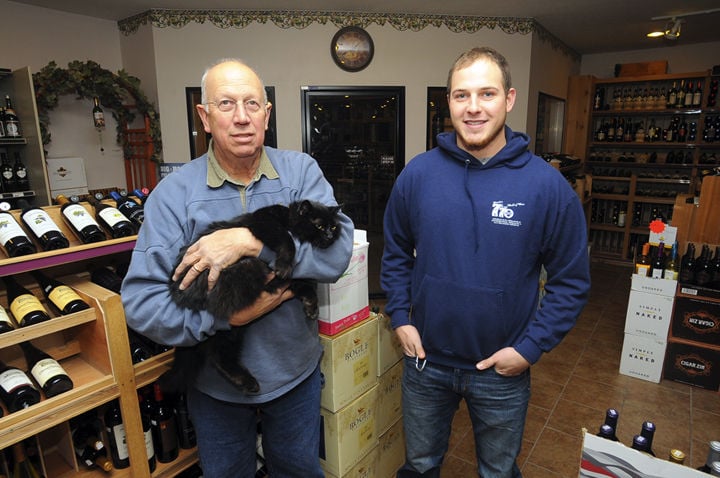 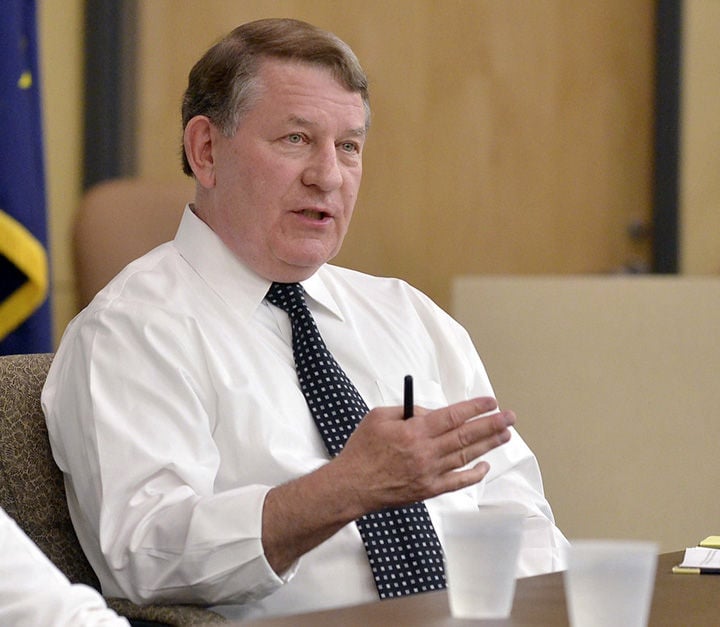 INDIANAPOLIS — On Sundays the only soul wandering the aisles of Bower’s 7th & 70 Liquor Annex in Terre Haute is Tattoo, a stray cat adopted by owner Wayne Bower to keep mice from gnawing through cardboard cases of alcohol not yet unpacked.

Since 1933, when Prohibition was repealed, Indiana has banned Sunday alcohol sales with few exceptions. Bower thinks Hoosiers would benefit if a few more of the old “blue laws” — barring Sunday commerce — were still in place.

“If you had more retail stores closed on Sundays, you’d get to know who your parents, grandparents and children are,” he said. “And if you can’t claim those, at least you’d get to know your dog a little better.”

But Bower’s sacred Sunday time may be in peril.

The General Assembly appears ready to resume the fight over carryout alcohol sales on Sundays — an effort that’s started and stalled for nearly a decade as Indiana has slowly chipped away at its restrictive liquor laws.

Earlier this week, the influential Indiana Chamber of Commerce came out in support of allowing liquor stores, grocers and convenience stores that now sell alcohol six days a week to sell it on Sunday, too.

Dermody has been uncommitted publicly. But he spent the summer meeting with supporters and opponents of a measure that’s been stymied in past years by his predecessor, retired Rep. Bill Davis, R-Portlabd, a teetotaler who fervently opposed Sunday alcohol sales.

In the Senate, the bar may be harder to reach. Senate Public Policy Chairman Ron Alting, R-Lafayette, has said he personally remains opposed to Sunday sales, citing the potential for more alcohol abuse and harm to local package store owners like Bower.

In doing so, he reflects the Legislature’s reluctance to open the taps further.

In 1973, the General Assembly voted to allow bars, restaurants and hotels to sell alcohol by the drink on Sundays. Four years ago, it lifted the ban on Sunday carryout sales for microbreweries, following a similar move for wineries.

Last year, the Legislature passed a law allowing craft artisan distilleries to sell locally made spirits on site on Sundays, but stopped short of letting them sell bottles of liquor to go.

Lawmakers’ hesitation to allow liquor stores to open on Sundays reflects the mixed mood of their constituents. The 2014 Hoosier Survey, conducted by Ball State University in October, found only 52 percent of those contacted support Sunday sales. Forty-six percent said they are opposed.

But some of Alting’s colleagues in the Senate predict the Sunday sales debate may arise anyway as pressure mounts from consumers who think convenience should trump what they see as an antiquated law.

Sen. Carlin Yoder, R-Middlebury, cited his experience on a recent Sunday when he was at a CVS drug store and saw two out-of-staters trying to buy a case of beer.

“I had to go up to them and say, ‘Hey, public service announcement here. You can’t buy that stuff today,” Yoder recalled. “They were stunned. It is a little hard to explain.”

A debate over changing the law pits the owners of small packaged liquor stores, like Bower, against big supermarkets, box stores, chain drug stores and convenience stores that have been pushing for years for Sunday alcohol sales.

Kroger, which has more than 100 grocery stores in the state, estimates that Indiana retailers lose $300 million to $600 million in annual revenue because they can’t sell alcohol on Sundays. That comes up to $25 million to $40 million in lost tax revenue from alcohol sales.

But Bob Baesler, whose family has owned the Baesler’s Market grocery in Terre Haute for more than a century, is skeptical that easing the Sunday prohibition would boost sales - even though Sunday is now the biggest shopping day in his store.

“I know it would be more convenient for our customers, but I don’t think people are going to drink more beer and wine through the week just because they can buy on Sunday,” said Baesler, who likens the situation to when the old blue law prohibiting grocers from opening on Sundays was lifted years ago.

“I think what’s bought now over six days will just be spread out over seven days,” he said.

If retailers like Baesler’s Market are allowed to sell alcohol on Sundays, Wayne Bower will feel pressure to compete, he said. He fears that will add to his overhead, while decreasing his market share.

Bower and other liquor store owners argue they’re already operating at disadvantages not incurred by other retailers who sell alcohol: By law, they can sell few non-alcoholic products. They can’t locate near churches or outside city limits, and they can’t allow customers under 21 to enter their stores. They can only build one store per 8,000 city residents, and package store owners must live in Indiana.

Bower dreads giving up his Sundays, which he now spends with his children and grandchildren.

“Most people who work for living are entitled to a day off,” Bower said. “But if we go to Sunday sales, I’ll have to give that day up.”

The owner of Baesler’s Market is sympathetic. He remembers as a child seeing the “Closed Sundays” sign hanging on the store door.

“People used to plan ahead to do their shopping because stores were closed on Sunday,” he said. “But unfortunately, those days are long gone.”

— Maureen Hayden covers the Statehouse for the CNHI newspapers in Indiana. Reach her at maureen.hayden@indianamediagroup. Follow her on Twitter @MaureenHayden.