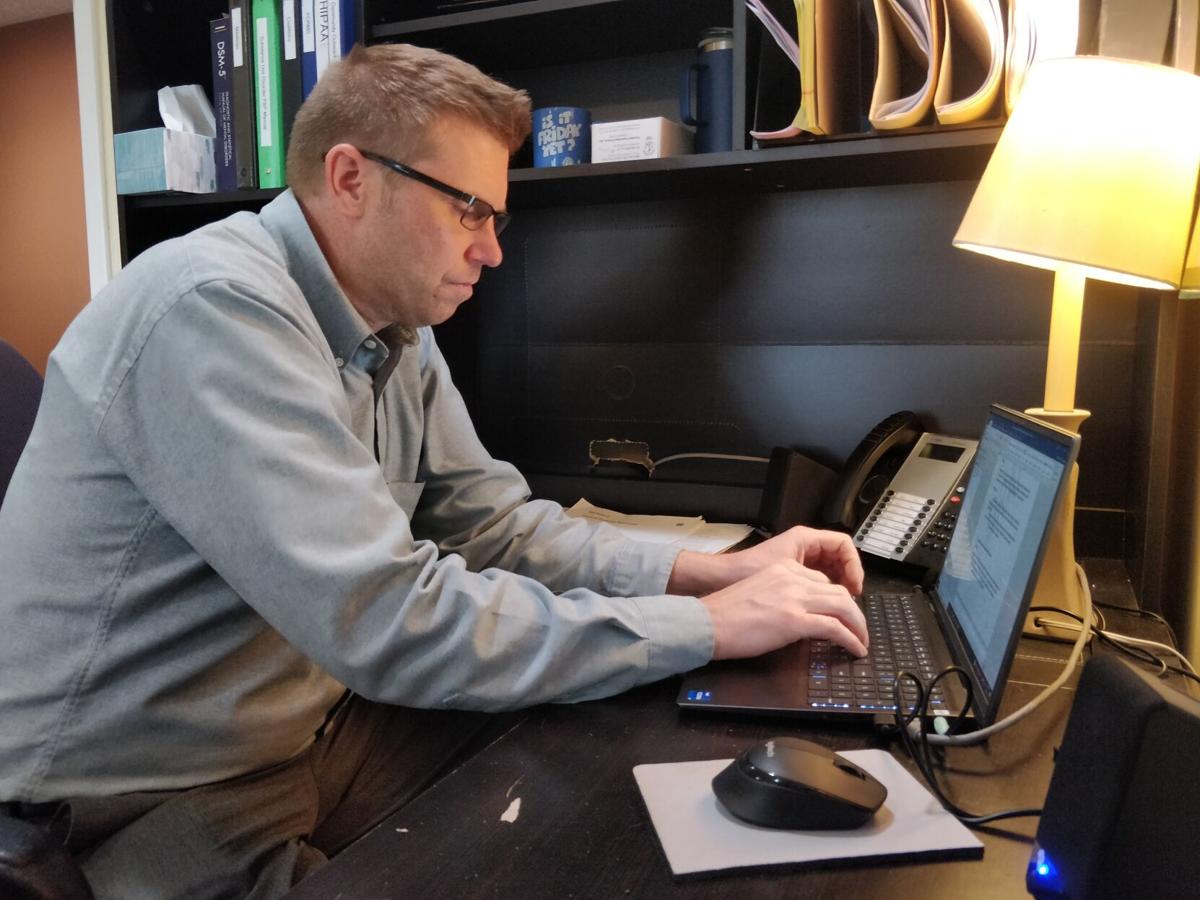 Bill Zenor is the creator and director of the planned Substance Abuse Programs and Personal Counseling Services, Inc. 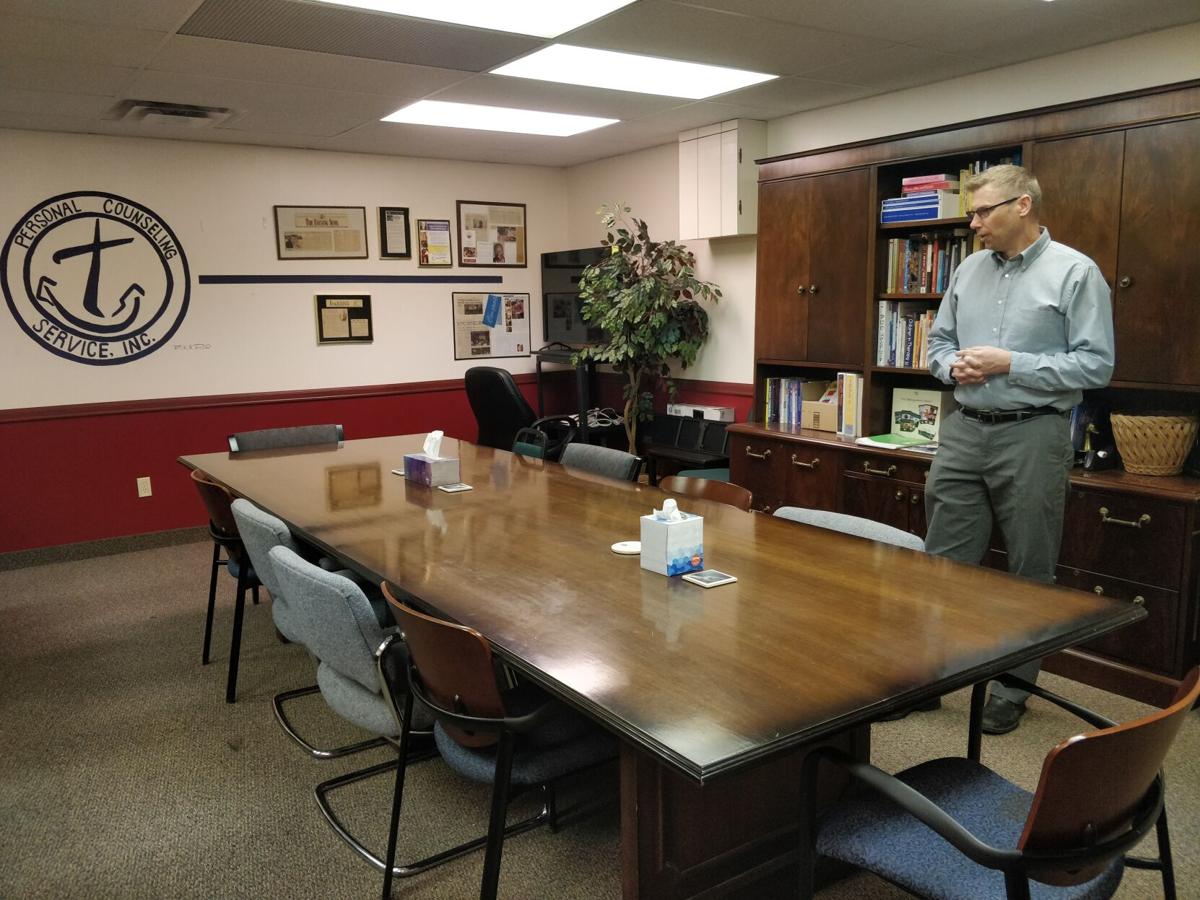 The new Substance Abuse Programs at Personal Counseling Services, Inc. will have a three-tiered approach, depending on a client's need. This space will be for group counseling sessions with the intensive out-patient treatment soon to be offered.

Bill Zenor is the creator and director of the planned Substance Abuse Programs and Personal Counseling Services, Inc.

The new Substance Abuse Programs at Personal Counseling Services, Inc. will have a three-tiered approach, depending on a client's need. This space will be for group counseling sessions with the intensive out-patient treatment soon to be offered.

SOUTHERN INDIANA — A Southern Indiana organization long specializing in mental health is expanding services in response to the growing need for addiction treatment in the area.

Personal Counseling Services, Inc., is awaiting state certification to implement a substance-use-disorder program — a main component of which will be intensive out-patient services.

Bill Zenor, who has 15 years of experience in the community, was brought on several months ago to help develop the protocol and lead the program. He said the organization had seen the need in the community for additional assistance for those struggling with substance use “and that need is great.”

“Especially within the past 18 months where we have had a convergence of two public health crises — COVID-19 and the ongoing drug epidemic,” Zenor said.

Health professionals across Southern Indiana have since early into the pandemic noted the increase in substance use, with overdoses in Clark County climbing to numbers not seen in several years.

In the beginning it was attributed to the isolation felt during lockdown and less access to in-person treatment services and has continued as the stressors of the public health emergency weigh on many. Zenor said Personal Counseling Services taking the approach to provide the new service will mean clients can get more complete care in one setting.

“It’s hard to treat just mental health if there’s substance abuse issues; you have to work on both,” he said. “That’s what’s great about our program — we’ll have an integrated-care model. Our clients can have access to a holistic approach instead of having to go several different places for their needs.”

The program will have three tiers. Zenor said he thinks of the first as early intervention with a less serious substance issue. This could be someone who is in the early stages of an issue with drugs or alcohol or could be someone who had illicit drugs show up in their system during a drug screen at work “and the company wants to see that they receive some treatment but it’s not a severe problem.”

The second level is general out-patient services, which could range from an hour a month of counseling to several a week and could include components of individual and group or family counseling or both.

The intensive out-patient is, as the name suggests, the most intensive level of treatment outside of a full in-patient recovery option. It includes a minimum of nine hours per week of mostly group counseling with the client also responsible for at least two individual sessions per month. He said additional services such as family treatment is also strongly encouraged but not required.

Zenor said it’s ideal for people who may have completed an in-patient program and need the stepping stone of continued support an intensive out-patient service offers, people who are in medication-assisted treatment programs and those coming out of jail.

“It’s not good to have someone leave in-patient and then just not have any follow-up,” he said. “That usually leads to a high risk for relapse.”

Zenor said in making initial plans for how to run the program, he asked himself what the key factor would be — what would make the biggest difference?

“That first step was our treatment and our curriculum,” he said. “I wanted to make sure the curriculum was evidence-based and that there were outcomes that were measurable...to see if the service is effective.”

Progress will be measured by clients screens at certain intervals — taking stock of their particular situation at intake, 30 days later and at discharge, which is typically 90 days later.

“That would be a great snapshot of not only an individual’s progress combined with their treatment plan, but also as an organization to be able to look and say ‘OK, this is the outcome,’” he said. “If we’re seeing things that aren’t working, you have to know how to adjust your policy.”

Personal Counseling Services, Inc. is awaiting  the green light to soon begin offering programs to help those with substance use disorder, including intensive outpatient services.

Delcie "Dottie" Atkins, 84 years of age, passed away on Monday, November 29, 2021 at her home in New Albany with her grandson, Jon and caretakers, Chasidy Lawless and Toni Brown at her side. She was born February 3, 1937 in Corbin, KY to the late Walter Monhollen and Donna E. Lawless. She wa…