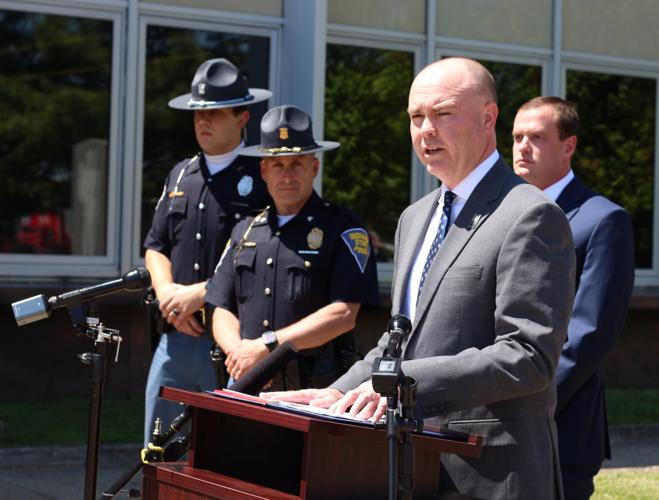 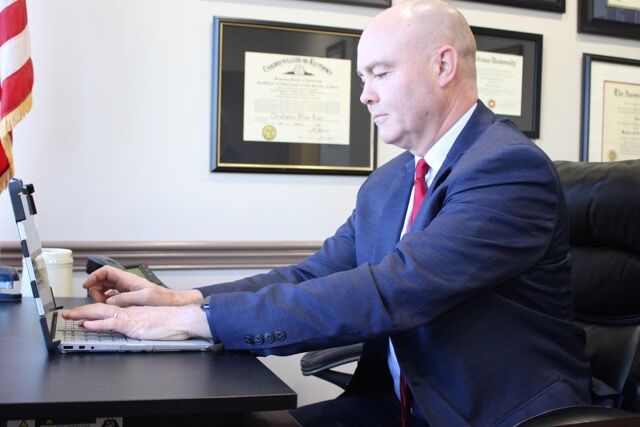 Floyd County Prosecutor Chris Lane said it’s important to look back at trends of recent years and successes and lessons from 2020 because “the only way to go forward is to see how we did,” he said.

Floyd County Prosecutor Chris Lane said it’s important to look back at trends of recent years and successes and lessons from 2020 because “the only way to go forward is to see how we did,” he said.

NEW ALBANY — Despite pandemic-related restrictions for much of 2020, Floyd County courts completed a relatively comparable number of cases to 2018 and 2019, something Prosecutor Chris Lane attributes to partnerships between law enforcement and the judicial system

“We did really well in my opinion because when you factor in COVID, our numbers were lower in everything but we were functioning and we were still obtaining good results,” Lane said, adding that one of the biggest things he’s learned is that “the process works. I don’t think we should put a process above a person — each person is an individual and deserves to be treated as such. [But] a process allows you to weather hard times.”

Lane said it’s important to look back at trends not just to determine how the pandemic has been handled courtside, but to see what could be improved. It’s among a set of goals he has as a newly-seated prosecutor. He was caucused in in mid-year after the death of Prosecutor Keith Henderson.

“We really have to look back to go forward because if you don’t, you’ll never improve,” he said.

Part of that measure includes guilty pleas. In 2020, there were 1,447 guilty pleas, a portion of which were able to be expedited even as some court functions were temporarily put on hold for safety. The Floyd County courts first petitioned and received an emergency decree from the Indiana Supreme Court in April to limit proceedings to only those deemed essential to safety and defendant liberty. Like other Indiana counties, it was reinstated several times over the year.

Although 481 fewer than 2019 and 776 fewer than 2018, Lane said securing those guilty pleas quickly — especially during lockdown — helped keep the jail population down, which may have helped prevent the potential for an outbreak.

The jail population was averaging about 330 at the start of the pandemic and is averaging about half that now, Lane said. He said it took work from the New Albany Police and Floyd County Sheriff’s departments, the courts, defense attorneys and prosecutors to open up more time for plea hearings.

He said the prosecutor’s office also supported police in determining which defendants could be issued a summons for court rather than an arrest, such as lower-level misdemeanors.

“We’ve since reverted back to normal, [but] we adapted to the situation and I know the police did a wonderful job,” he said.

One place where there has been a backup is with jury trials — there were only a few small windows in 2020 where safety restrictions were lifted enough to conduct the necessary functions of a trial, such as securing a jury. In both Clark and Floyd counties, jury trials are suspended now through the start of April and if they resume on schedule, “I anticipate we’ll have quite a few trials coming up,” over the coming months, Lane said.

The prosecutor said the more than 500 fewer new filings across the board in Floyd County courts in 2020 is likely due to a few things — in April and part of March and May, the state was on lockdown by order of Gov. Eric Holcomb, which meant fewer people out.

This led to a drop in driving offenses and OWIs, but a rise in battery cases including domestic.

A couple of times, the Floyd County Prosecutor’s Office filed the charge of disobeying an emergency order during the lockdown, but never as a standalone charge and only in a case where a person was charged with another crime such as an OWI.

OTHER SUCCESSES Despite having to work around the normal in-person load with a victims’ advocate support, the prosecutor’s office was able to assist 477 victims with support and resources. It also collected $5.8 million in back child support, a 9% increase over 2019. Factors for the rise could include stimulus payments, which the office can intercept, and depending on the person’s financial situation, sometimes employment checks.

“I’m really proud of that number because we have families struggling,” Lane said. “They were able to get more money to support [their] children.”

He said his office intends to pursue more criminal charges against those delinquent in their child support payments. Lane also wants to reduce recidivism by more aggressively focusing on habitual offenders.

“The people that continually commit the crimes do the most harm to our community,” he said. “We work diligently with nonviolent, low-level, first time offenders and we want those people to have the opportunities to move forward in life.”

He’s also working with police on a task force to attack the uptick in car break-ins, and is partnering with Sheriff Frank Loop on a strong home-incarceration program for nonviolent offenders.

“If we can do something better, we’ll do it,” Lane said. “And if we can figure out a good, effective monitoring system for low-level offenders, then we’ll embrace that without sacrificing any of the protection to the community.”