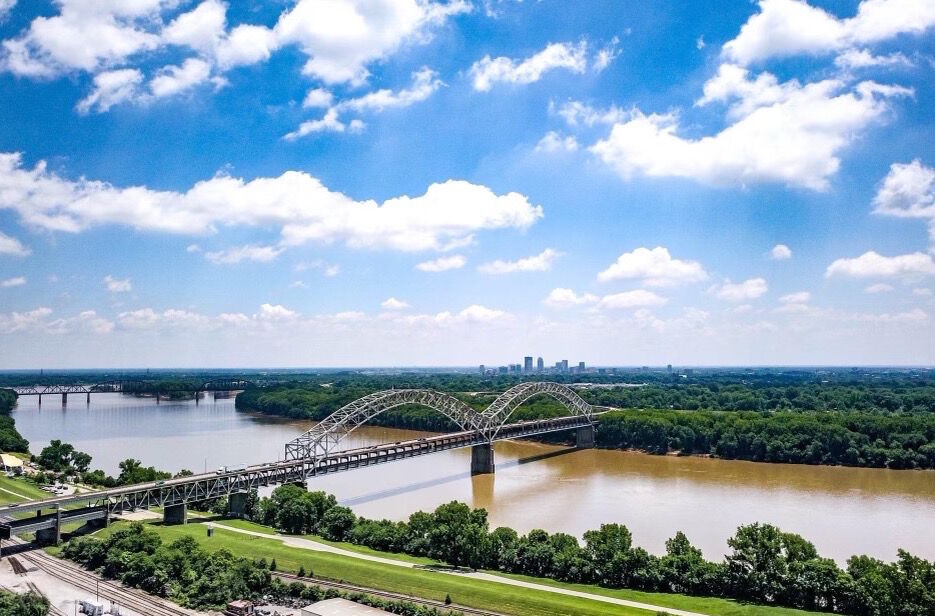 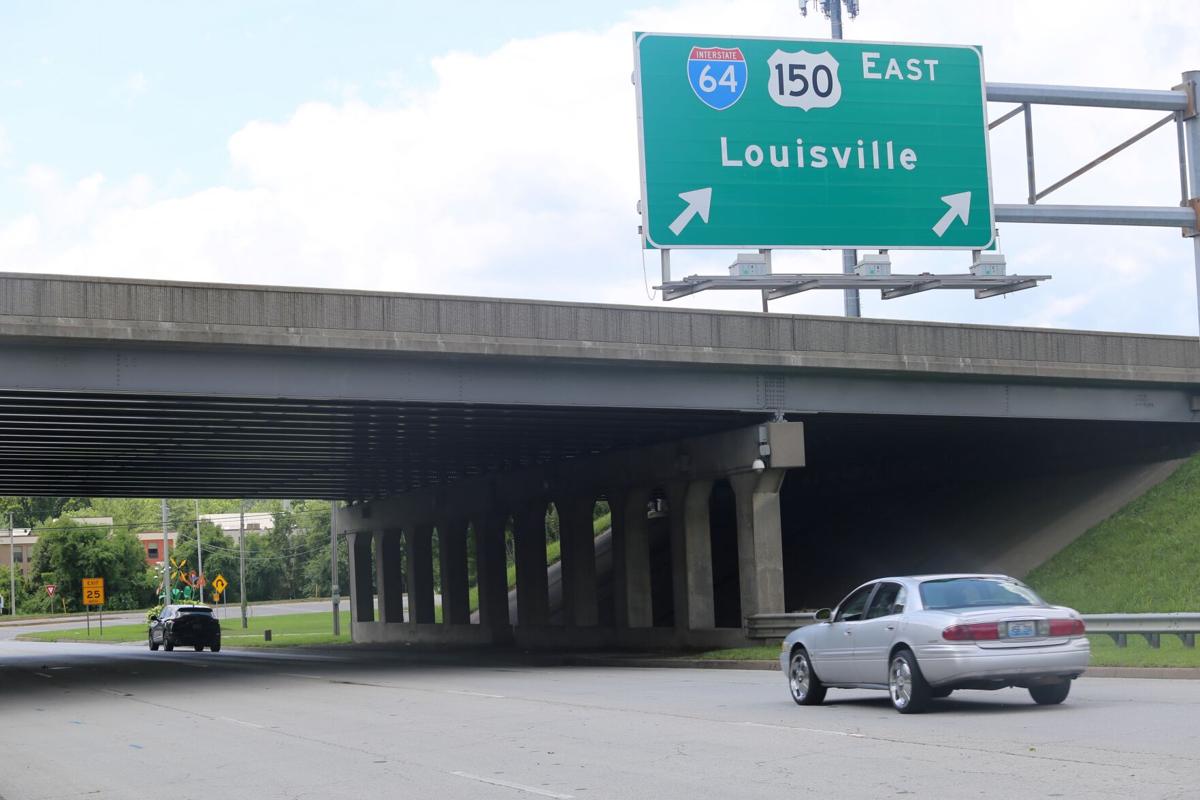 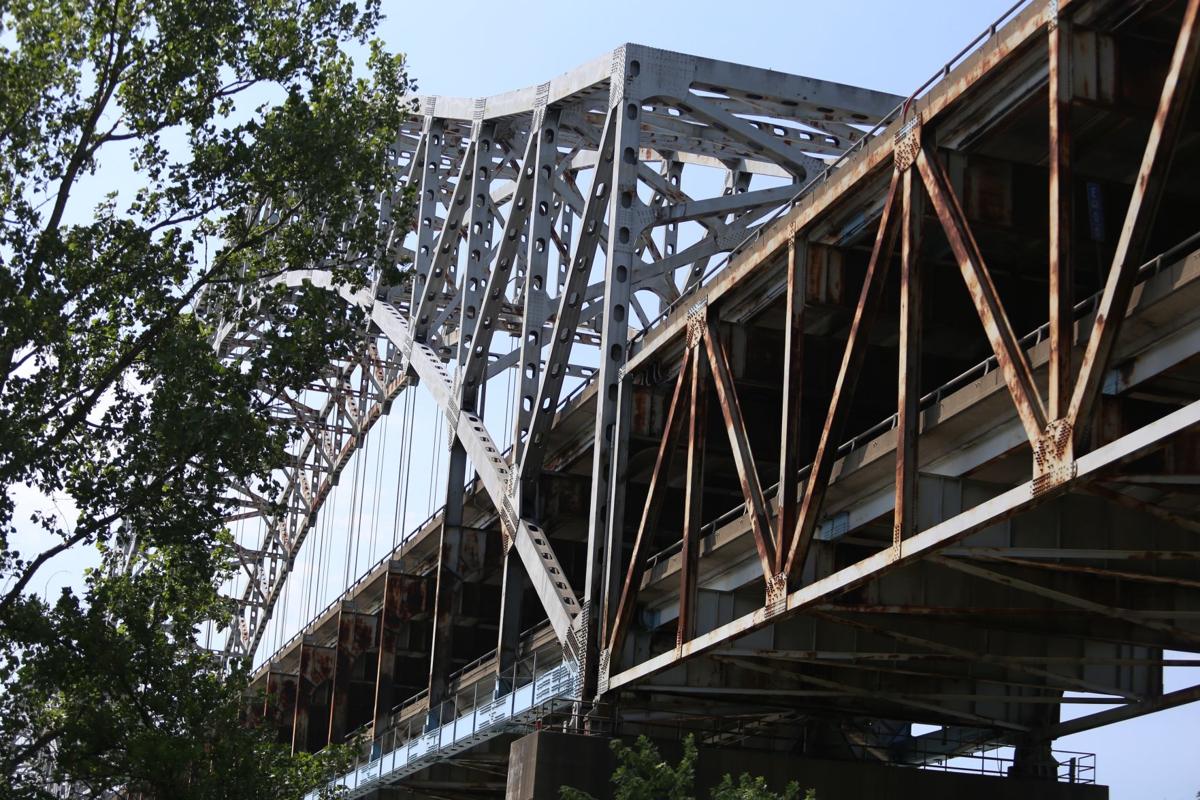 Construction for the Sherman Minton Renewal project is expected to take about 843 days.

Construction for the Sherman Minton Renewal project is expected to take about 843 days.

NEW ALBANY — Ahead of the first phase of rehabilitation work on the Sherman Minton Bridge, crews are starting work this week to improve ramp shoulders in preparation.

Andrea Brady, spokesperson for the Sherman Minton Renewal Project, said the project is “right on track” as ramp modifications started Tuesday evening. She believes delays during this stage of the project will be minimal as crews improve the ramps.

“There’s potential for delays, but nothing significant,” she said.

I-65 and I-265 will serve as a detour route while lanes are restricted on the Sherman Minton Bridge when construction starts in August.

Brady said the construction work on the ramps is expected to take one to two weeks depending on weather conditions. It is also planned mainly for overnight hours from 9 p.m. to 6 a.m., she said.

The $137 million rehabilitation of the 59-year-old bridge is expected to take three “construction seasons” with the completion expected in mid-2023, Brady said.

“We ask for everyone’s patience as we get ready for what is a very important project for New Albany and West Louisville communities,” she said.

Benjamin Byrn, owner of Dada Boutique in downtown New Albany, is prepared for the Sherman Minton project, noting he is focusing on marketing in Southern Indiana ahead of the construction that could potentially impact the amount of Louisville residents willing to cross the bridge.

“As much as it’s been hyped up, we obviously all have a few concerns. But for as long as we’ve known about this, we’ve been able to redirect our paid marketing to focus mainly on our Indiana client and makes sure that marketing points that client to come here instead of traveling over to Mall St. Matthews or other places that might be more difficult to get to,” he said.

Byrn said if “it’s going to make it more difficult for Louisvillians to get here, they’ll be shopping in Louisville, and if it’s going to cause Hoosiers more problems getting to Louisville, they will probably stick around Indiana.” He estimates that roughly 20% of his customers are from Louisville.

“So if we want to add a silver lining to this whole process, I think people will be forced into knowing their surroundings and what is currently available in their own hometowns rather than going where they’ve always gone,” he said.

As the ramp improvements get underway, only two lanes on I-64 westbound and I-65 southbound will be open in the areas affected by the modifications. Drivers are asked to follow the reduced speed signs and remain alert as crews work on the roadways.

• I-64 westbound reduced to 2 lanes at Captain Frank Road

After ramp modifications are complete, lane restrictions will start on the bridge for painting and deck replacement preparations. This will reduce both eastbound and westbound traffic to two lanes in each direction.

Full closures on the Sherman Minton are projected to be limited to 54 days during construction.

To learn more about the project timeline and details of each phase of construction, visit shermanmintonrenewal.com/.