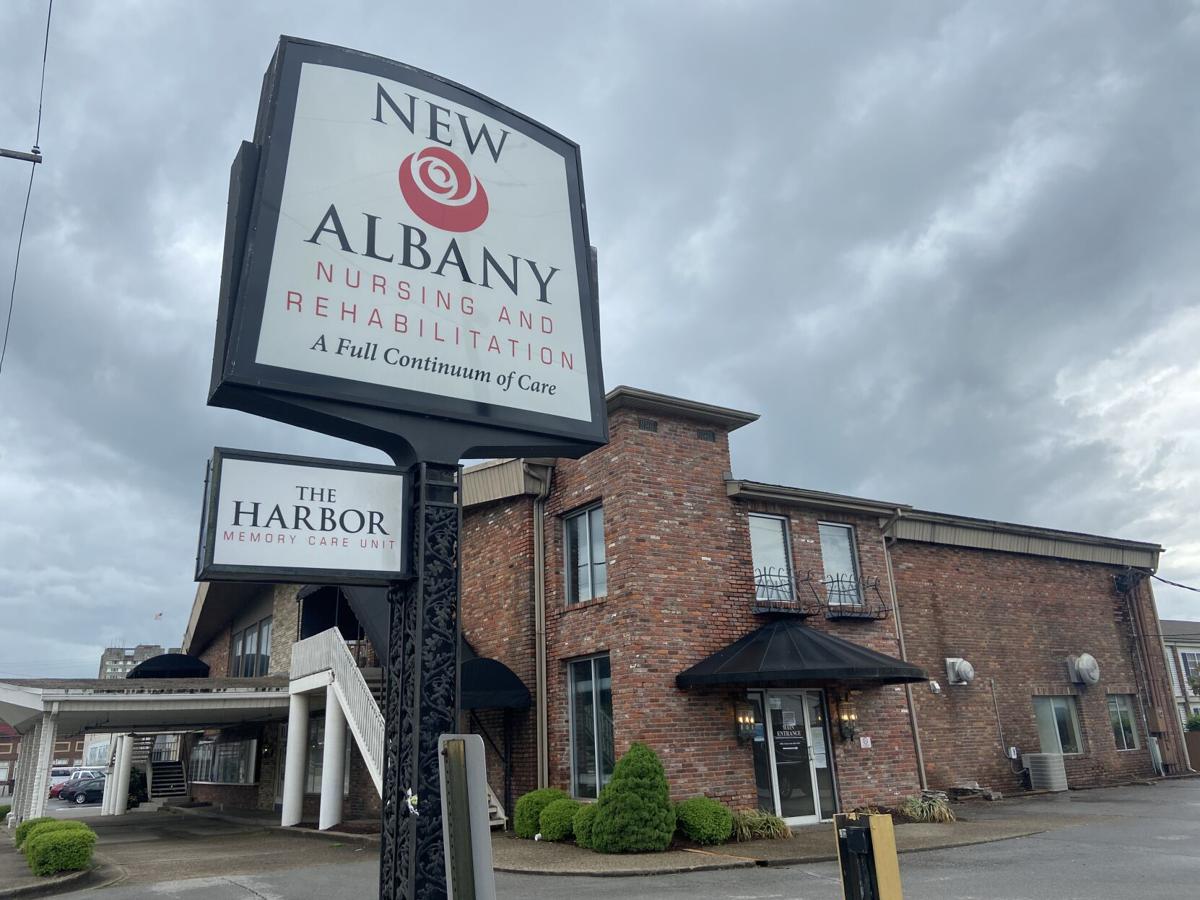 New Albany Nursing and Rehabilitation Center is one of two nursing homes in Floyd County rated one-star by Medicare. 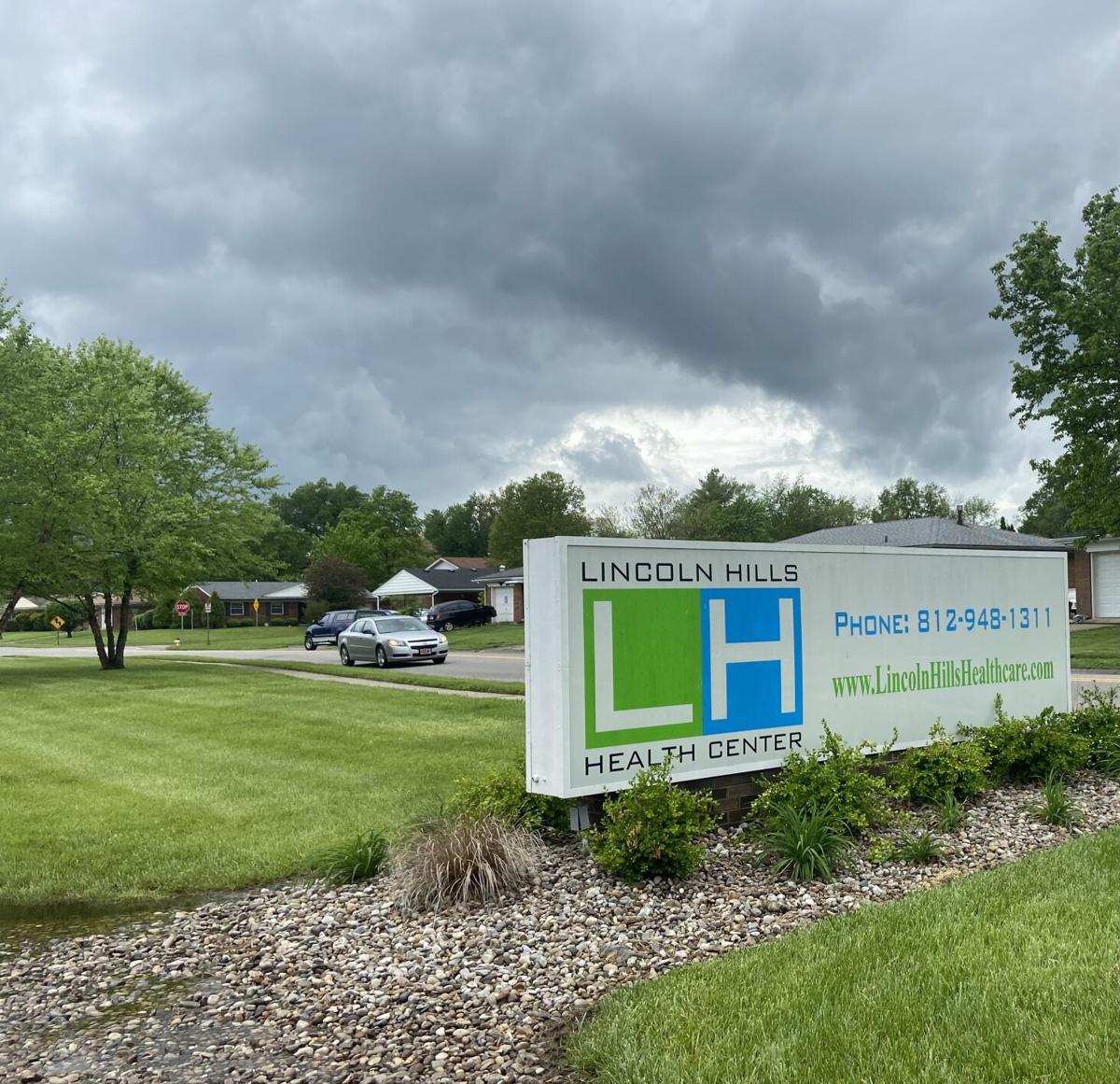 Lincoln Hills in New Albany is ranked one-star by Medicare and has a history of deficiencies such as staffing shortages, according to reports.

New Albany Nursing and Rehabilitation Center is one of two nursing homes in Floyd County rated one-star by Medicare.

Lincoln Hills in New Albany is ranked one-star by Medicare and has a history of deficiencies such as staffing shortages, according to reports.

• Friday — A national report by Whitney Downard and a team of CNHI reporters, who investigated oversight of nursing homes, was published in the Friday, April 30 edition.

• Next week — A News and Tribune report on two Clark County nursing homes with one-star ratings.

FLOYD COUNTY — Inspections of the lowest rated nursing homes in Floyd County show a history of issues such as staffing shortages, lack of proper supervision, sexual abuse among residents and inadequate medical care.

These problems are among those detailed in deficiency reports of one-star rated nursing homes in Southern Indiana in recent years, as well as issues related to COVID-19 protocols.

These Medicare rankings are based on health inspections, staffing and quality-of-care measures.

This story uses reports from the U.S. Centers for Medicare and Medicaid Services, which are compiled in a database by ProPublica.

The facility at 201 E. Elm St. in New Albany has been flagged as a “special focus facility candidate.”

This means the home “has a history of serious quality issues but has not been formally flagged by the government,” according to the database.

New Albany Nursing and Rehabilitation is ranked one star for health inspections; two stars, or below average, for quality of resident care; and three stars, or average, for staffing.

The health inspections rating is based on the three most recent annual inspections, as well as on substantiated findings from complaint investigations during the past three years.

New Albany Nursing and Rehabilitation has 68 residents and 122 certified beds.

The nursing home had 37 combined deficiencies reported from April 19, 2017, to Oct. 22, 2020, including four infection-related deficiencies, or violations of federal standards protecting residents from spread of infections.

During the pandemic, 23 COVID-19 cases and 10 COVID-19 deaths have been reported among staff and residents at the facility.

The News and Tribune reached out to New Albany Nursing and Rehabilitation multiple times this week. A staff member with the facility said the request for comment had been sent to the Chosen Healthcare, the company that operates the nursing home, but she had not received a reply from the corporate office as of Friday afternoon.

Two deficiency reports are related to COVID-19 precautions at the facility.

The Oct. 22, 2020, report states the “facility failed to ensure infection control practices were followed during the COVID-19 pandemic for residents related to isolation precautions for 4 of 5 residents reviewed for infection prevention.”

The Aug. 12 report states the nursing home “failed to ensure appropriate social distancing of six feet or more and mask usage for 8 of 9 residents observed for infection prevention.”

The reports also show a history of serious issues at the facility prior to the pandemic. The deficiencies from June to July in 2019 included several identified as “immediate jeopardy to resident health or safety.”

The June 5, 2019, report states that undercooked meatloaf served to residents resulted in a deficiency categorized as “immediate jeopardy.”

There are also several incidents of cognitively impaired residents leaving the facility without supervision included in the June 20, 2019 report.

The July 19, 2019, report also indicates an “immediate jeopardy” citation due to a resident with dementia leaving the building due to inadequate supervision on July 14, 2019.

The nursing home was also cited for failing to protect a resident from sexual abuse, according to an Oct. 16, 2019 report.

In a Jan. 8, 2019 report, deficiencies included “abuse related to verbal and physical actions.”

According to the Medicare reports, “an approved plan of correction” is required from facilities unless “it is determined that other safeguards provide sufficient protection to the patients.”

The nursing home at 326 Country Club Drive in New Albany is ranked one star in terms of health inspections and staffing, and two stars, or below average, for quality of resident care.

This includes two infection-related deficiencies, which are violations of federal standards to protect residents from the spread of infections.

During the pandemic, 124 COVID-19 cases and four COVID-19 deaths have been reported at the nursing home.

The News and Tribune reached out to Lincoln Hills multiple times for comment and was directed to CarDon & Associates Inc., the company that operates the facility. As of Friday evening, the News and Tribune had not received a response from CarDon.

In a Sept. 7, 2018, report, which resulted in a $27,671 fine to the facility, an “immediate jeopardy” deficiency included the facility’s failure to “provide immediate assessment and care to a resident in an emergency situation resulting in excessive bleeding and death.”

One deficiency report was related to a lack of adherence to proper COVID-19 safety protocols. The Nov. 17, 2020, report states the facility failed to ensure “prompt isolation and testing of a resident who was symptomatic of COVID-19” for one resident reviewed for infection control.

The reports also noted ongoing issues with staffing prior to the pandemic.

A report from March 2, 2020, includes nine deficiencies and shows a number of issues related to insufficient staffing levels at Lincoln Hills.

One deficiency listed is a failure “to ensure sufficient staff were available” in a particular hall to “provide ADL (activities of daily living) care, dignity, and nutrition for residents in a timely manner for 19 of 103 residents residing at the facility.”

The report also states that the hall did not have enough staff to help residents requiring assistance with dining to be fed in a timely manner.

Another finding included issues related to the dignity of residents:

In the Jan. 28, 2019, report, one deficiency was categorized as “immediate jeopardy” due to the facility failing to provide the care needed to prevent the worsening of a stage IV pressure ulcer and/or the development of multiple pressure ulcers for two observed residents.

One citation from the Jan. 3, 2020, report states Lincoln Hills “failed to protect each resident from all types of abuse such as physical, mental, sexual abuse, physical punishment, and neglect by anybody” in reference to incidents between residents.

Another deficiency included in the Jan. 3, 2020, report details an incident where a resident was observed inappropriately touching and kissing another resident, who had a moderate level of cognitive impairment and was not able to give consent.

A clinical specialist said in an interview included in the report that the incident was not reported because “they had not considered it abuse.”

In today's newscast two local golfers are representing the United States in Ireland at the International King's Cup and we look at back to school girl's fashion trends with Dada Boutique in New Albany.

James "Jim" C. Thompson, 86, passed away Saturday, July 31, 2021 at Clark Memorial Health. He worked at the Army Ammunition Plant and Jewish Hospital as an orderly/transport. Jim was a member of Eastside Christian Church. He was a native of Shepherdsville, KY. He is survived by his sons, Hen…