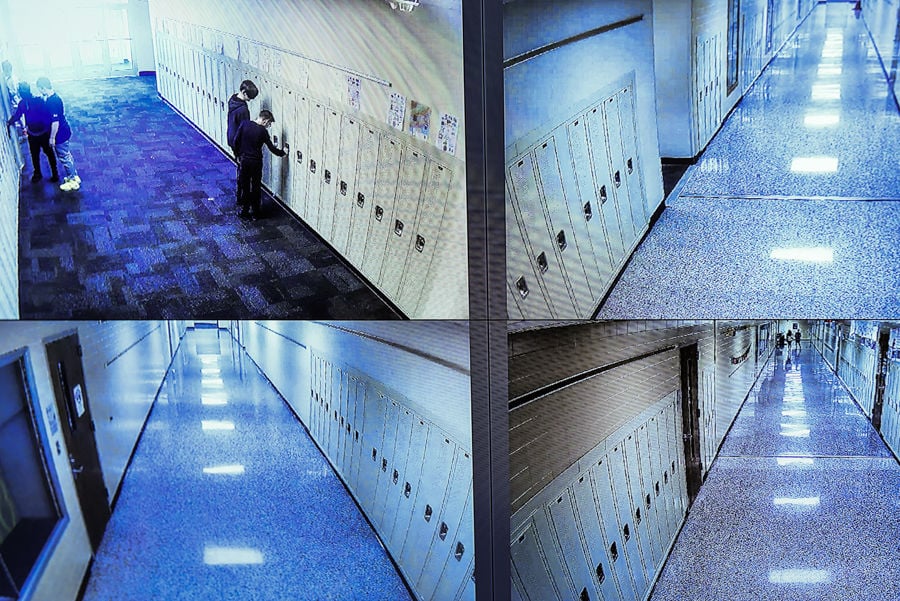 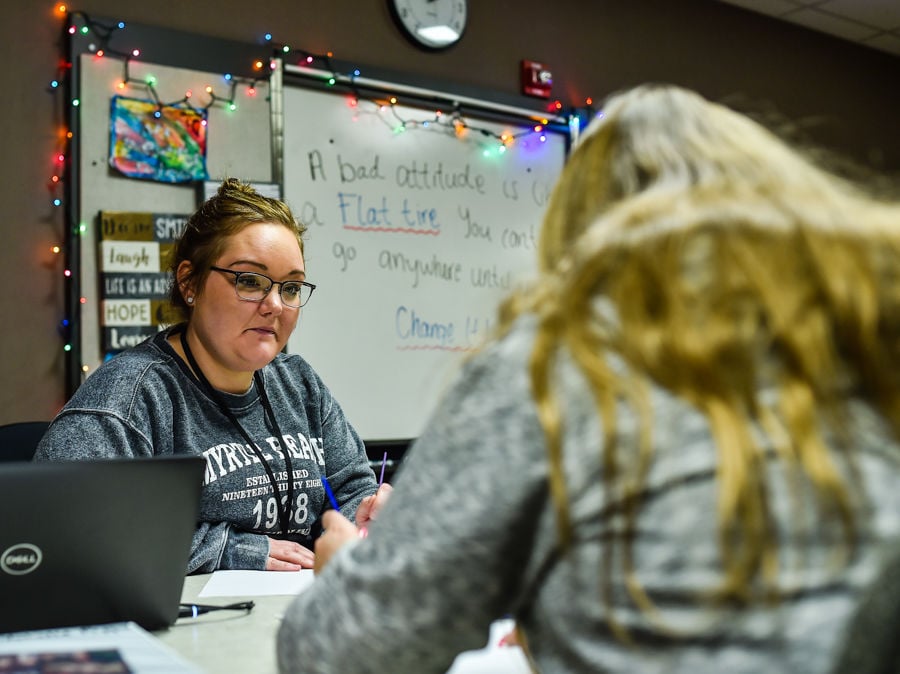 Holly Bibelhauser, a Behavioral Therapist with Centerstone, meets with a student while visiting Scribner Middle School on Tuesday.

Holly Bibelhauser, a Behavioral Therapist with Centerstone, meets with a student while visiting Scribner Middle School on Tuesday.

The leader of the New Albany-Floyd County Consolidated School Corp. said it is the screen shots from students, threatening violence against other students that affects him.

“That would keep you up at night. It really would,” Snyder said. “It’s tough stuff.”

Snyder addressed community members during the first of two town hall events, where people got a chance to hear more about the school district’s proposed school safety referendum, which would increase taxes 8.5 cents per $100 assessed value for eight years. If approved, it would open up $3.1 million per year for safety improvements, mental health services and more.

A law passed this summer now allows schools to seek referendums solely for school safety. The NAFC proposal states that the district would spend 70% of the money on “social and emotional” services, which includes therapists, social workers and staff training and 30% on “harden and protect” changes, which includes hiring more school resource officers, installing additional cameras, hiring a safety director and building improvements.

“Every week one student … is going to do something inappropriate with this,” Snyder said, holding his cell phone. “We have to figure out, is that credible? Is that really real?"

He said providing that 70% toward social and emotional services is key in preventing a tragedy. Floyd County Sheriff’s Dept. Officer George Shultz agreed.

“In 2007, a 15-year-old from this school executed one of my work partners in the driveway of his house … in 2013, Drew Schuler, a student at this very school I dealt with when I was a SRO here, and Austin Scott, a student at New Albany High School, brutally, brutally murdered a couple in Harrison County,” Shultz told the crowd.

Shultz said the 70% is needed to help students before something happens. He said oftentimes the kids that need mental health services the most will not have parents who will take them to get help.

“The parents of these kids that have a lot of these problems either don’t know how to deal with it and they need help or they just won’t be able to and they’re not going to get therapy,” Shultz said. “This is not school taxes. This is a community safety tax … Maybe in the long run, we have a safer school and you have a safer community all together.”

Some of the community members that spoke out said they felt the numbers were inverted and that 70% should be spent on building safer schools, something that would last longer than the eight-year referendum.

“The money is just not being spent the right way,” said Floyd Central parent Carl Romines.

Romines told Snyder that he can easily point to statistics that show building security and hiring extra school resource officers stop school shooters. He said he can’t find how many potential school shooters are stopped by therapists.

“It’s not the school’s responsibility to raise a child,” he told the crowd.

“If we say it’s the home, then none of us takes responsibility for anything that doesn’t happen in our house. And if we say it’s the home, we’re ignoring the kid who doesn’t have a home that supports them and we’re saying if that one turns bad and shoots my kid, it’s the fault of those parents who weren’t paying attention,” Melissa Fry told the crowd. “I’m not comfortable with that at all.”

Stephanie Lake said she isn’t against the idea, but feels the district isn’t being transparent in how the money will be spent, saying that the plan doesn’t detail which schools will get the proposed three additional school resource officers, which ones will get building upgrades, etc. Also, she said she felt the proposed referendum question, which lists SROs first in the possible funded items, is misleading, since that is a smaller portion of the costs, but social services, the bulk of the expenditures, is listed toward the middle.

Snyder said the proposed question has been reworked many times and can be edited again. He said it is always a debate on how to list what the referendum may fund.

Snyder said all of this is due to a changing culture, one he feels needs addressed.

“I’m kind of frightened of what will happen if this doesn’t happen,” she said of the referendum.

The district is hosting another town hall tonight, Jan. 22, at Prosser Career Education Center, at 6 p.m.

If the board approves pursuing the safety referendum, it will appear on the May ballot.

FLOYD COUNTY – She’s a parent of a fifth-grade student at Scribner Middle School.