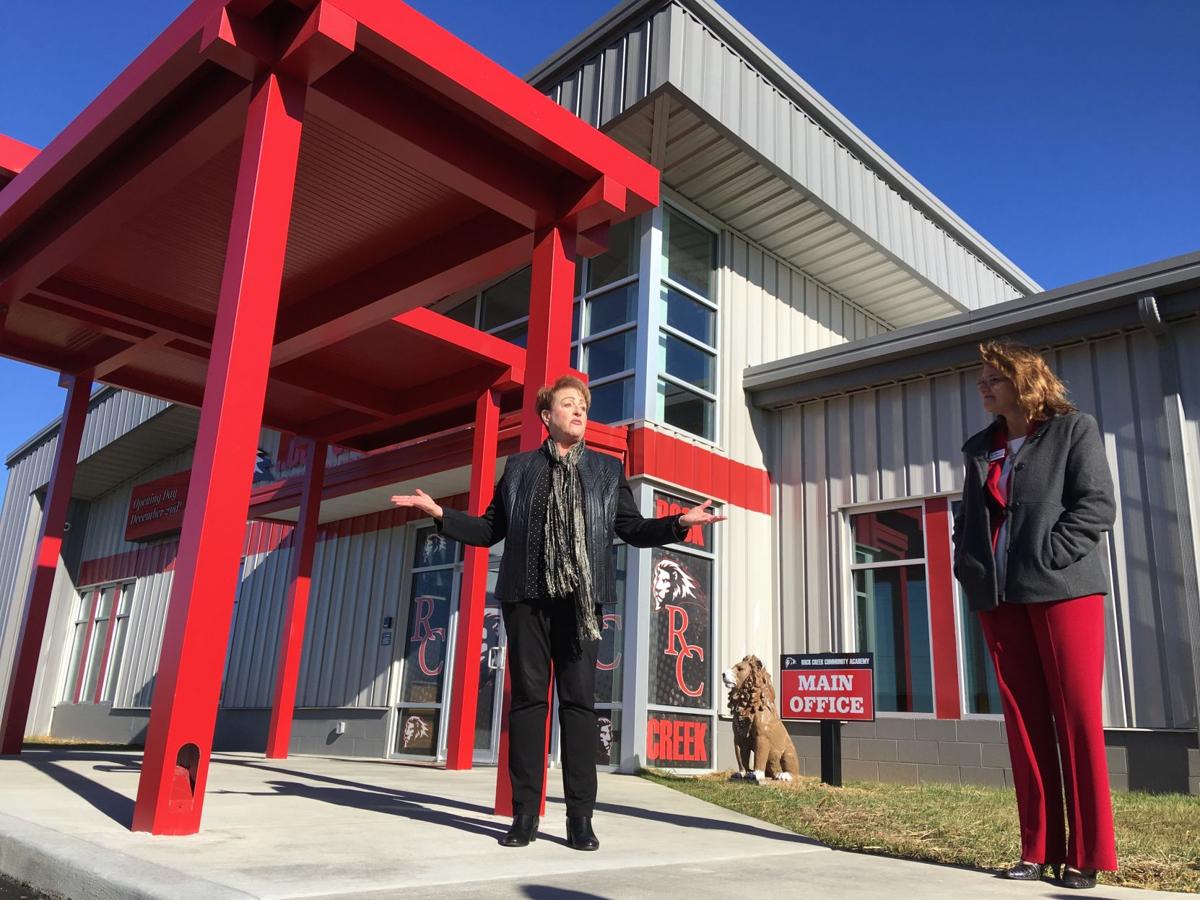 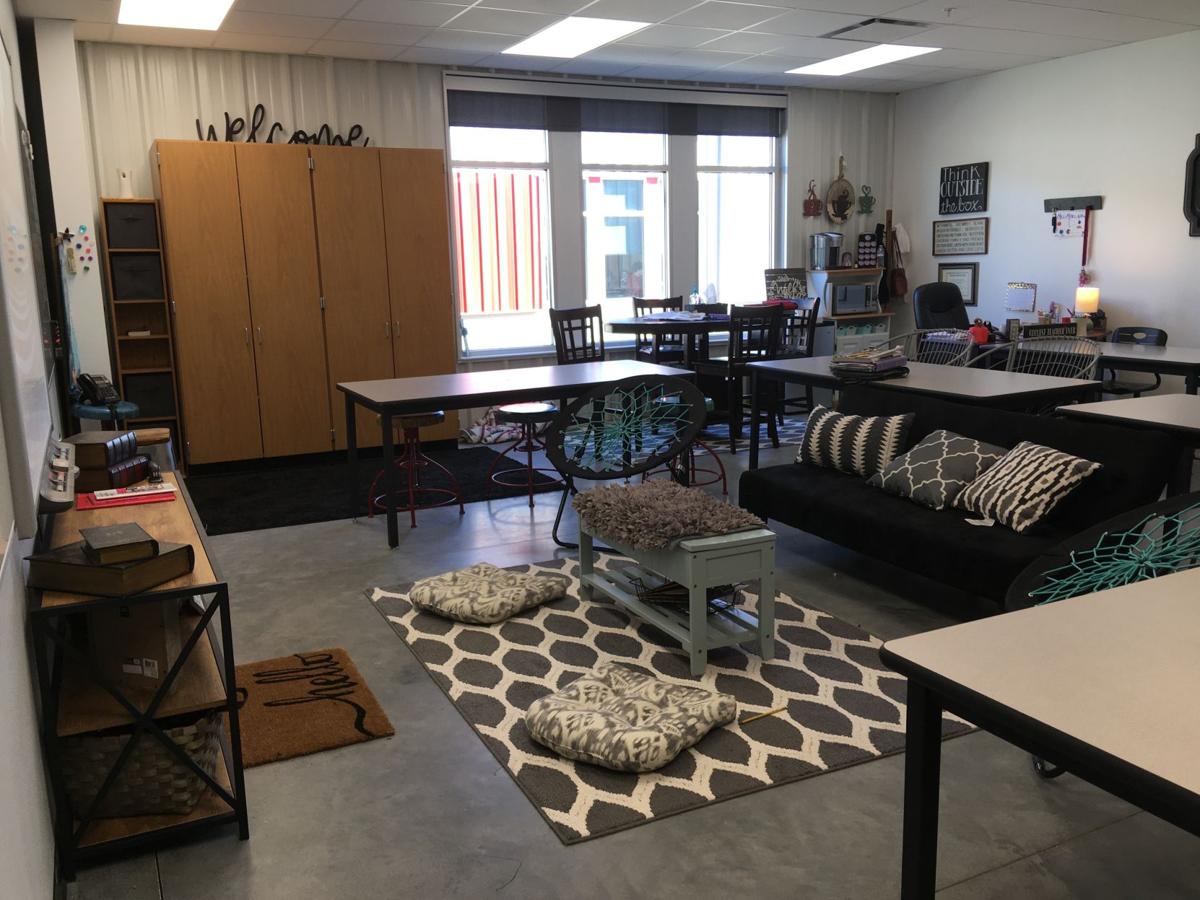 Alternative seating options are available in many of the classrooms in the new Rock Creek Community Academy building. 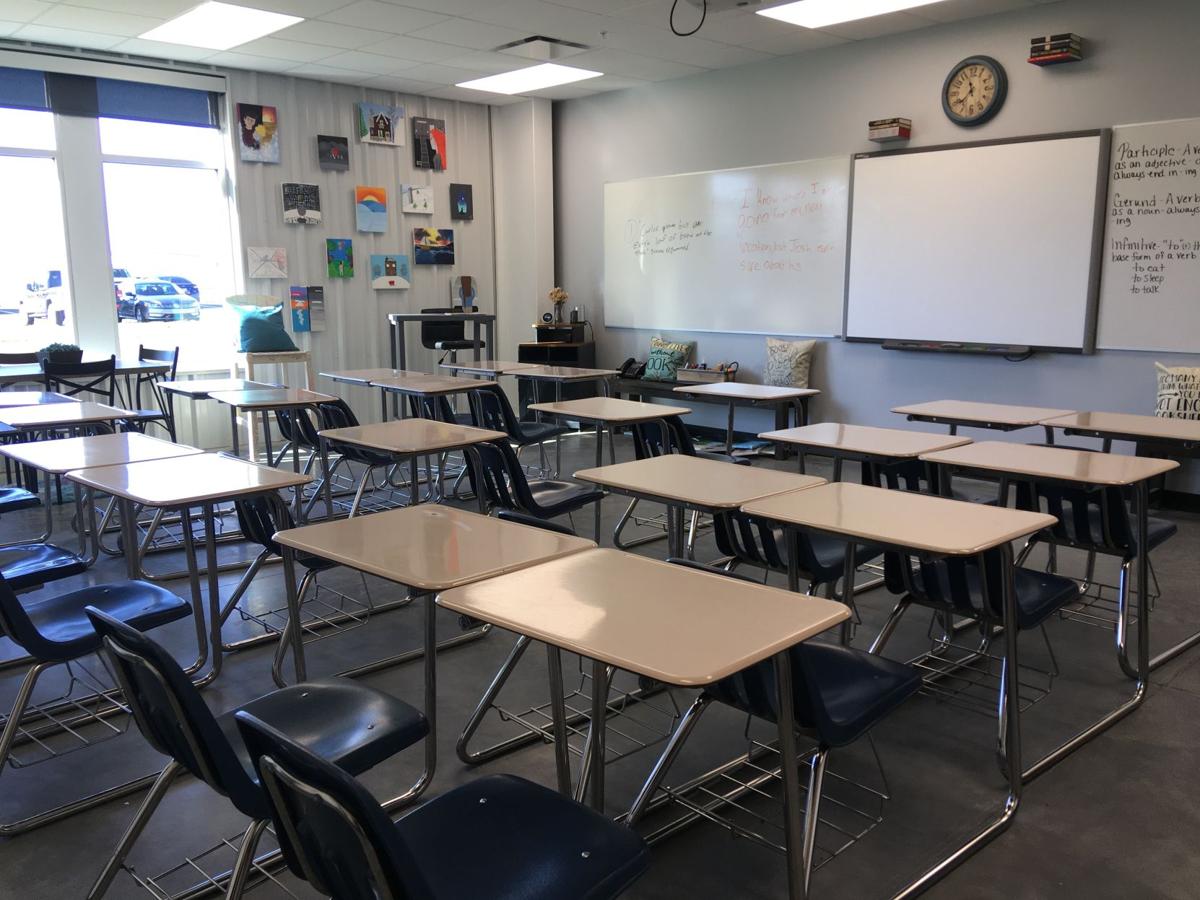 A traditional classroom set-up at the new Rock Creek Community Academy building sits empty for a few minutes before a new class fills it.

Alternative seating options are available in many of the classrooms in the new Rock Creek Community Academy building.

A traditional classroom set-up at the new Rock Creek Community Academy building sits empty for a few minutes before a new class fills it.

SELLERSBURG – When she first applied to make what was then a small, private Christian school into a public, charter school named Rock Creek Community Academy, Principal Sara Hauselman was turned down.

Now, the school, which has been a charter school for 10 years, continues to grow and expand, opening a new building this week just down the street from its original campus. The new location, off Highway 403, houses 550 K-12 students now and can fit more than 800, according to Hauselman.

The initial concept and design was created by the late Wayne Estopinal, founder of TEG Architects. The project was later continued on by Estopinal’s team after he passed away in Nov. 2018.

Dethy said it was Estopinal’s vision that made creating the 50,000 square foot building within the $15 million bond a reality.

“He had a vision. You would have thought that this was his school,” Dethy said at the ribbon cutting ceremony Wednesday. “He took ownership of the project.”

Leaders of the community came out Wednesday to celebrate the end of the 18-month construction project and what the school means to the community.

“Sellersburg has always traditionally been noted for its educational system and a quality of education. Rock Creek Academy has served to be a valuable anchor in that tradition and I’m looking forward to many years of them continuing that tradition here,” said Paul Rhodes, Sellersburg Town Council member.

One Southern Indiana President/CEO Wendy Dant Chesser spoke at the event about the importance of strong community schools, which not only develops future talent but draws businesses and employees to an area.

“In 2019 and beyond, we expect ... more choices and that’s the reality of what our society is looking at now,” Chesser said. “In order to grow a community, you have to make sure that the people who you want to live there and to engage in your community have those choices. Education is a big part. So, whether it’s at the elementary level, secondary or higher education, we have a wonderful menu of choices in Southern Indiana and that adds to our vibrancy and vitality.”

Hauselman said it was always her dream to move from the small campus owned by Restoration Christian Church to something bigger.

"I had a vision of this, but probably not to this extent," Hauselman said, as sounds of students enjoying their lunch break echoed in the new hallway. "It's pretty much just blown my mind."

She said the process to build the new school was more complicated than getting the charter approved, but was necessary.

"We had run out of room," Hauselman said of the former building, off U.S. 31. "We had children put in every little nook and cranny we possibly could put them in."

She said students and staff have already made the new location home.