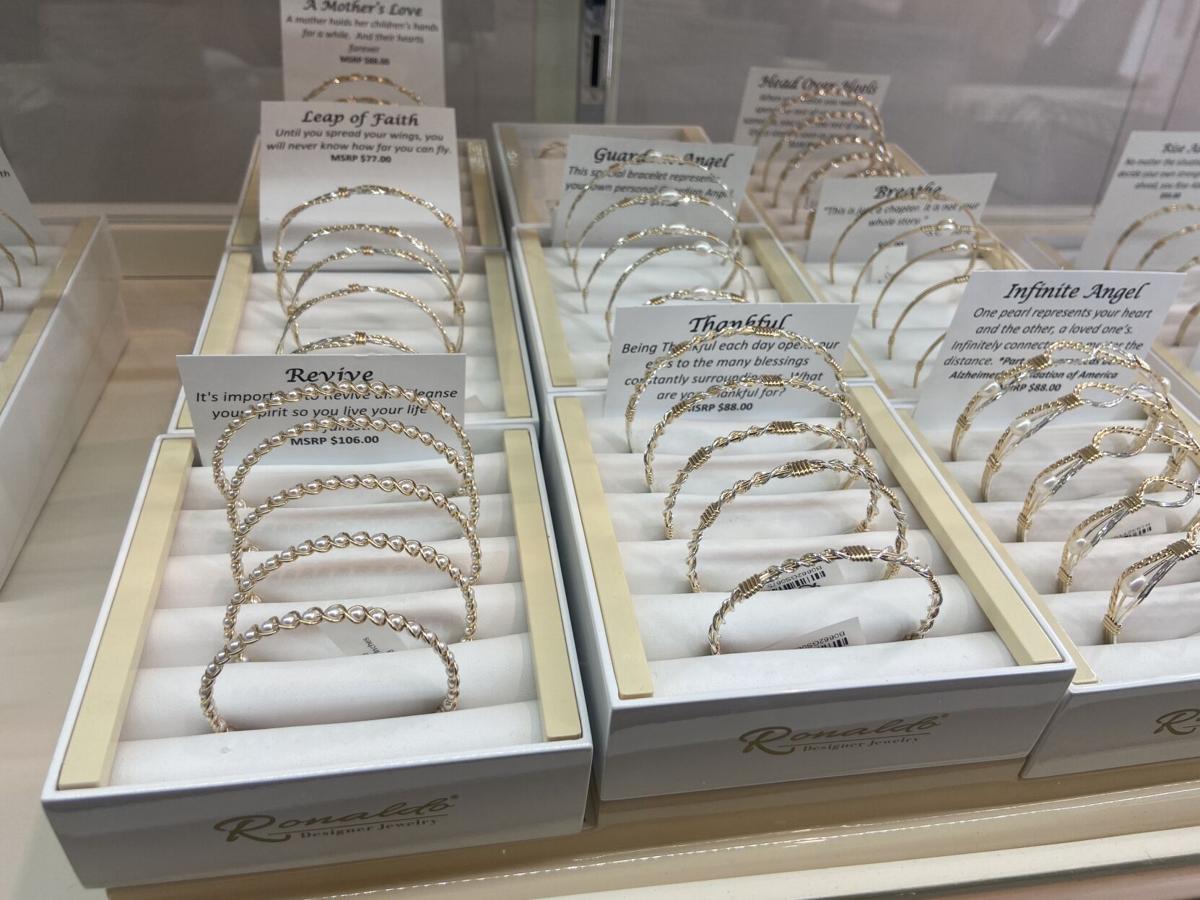 The handcrafted bracelets at Ronaldo Designer Jewelry’s shop in downtown New Albany are given names and meanings. The shop opened in late October at the Elsby Building. 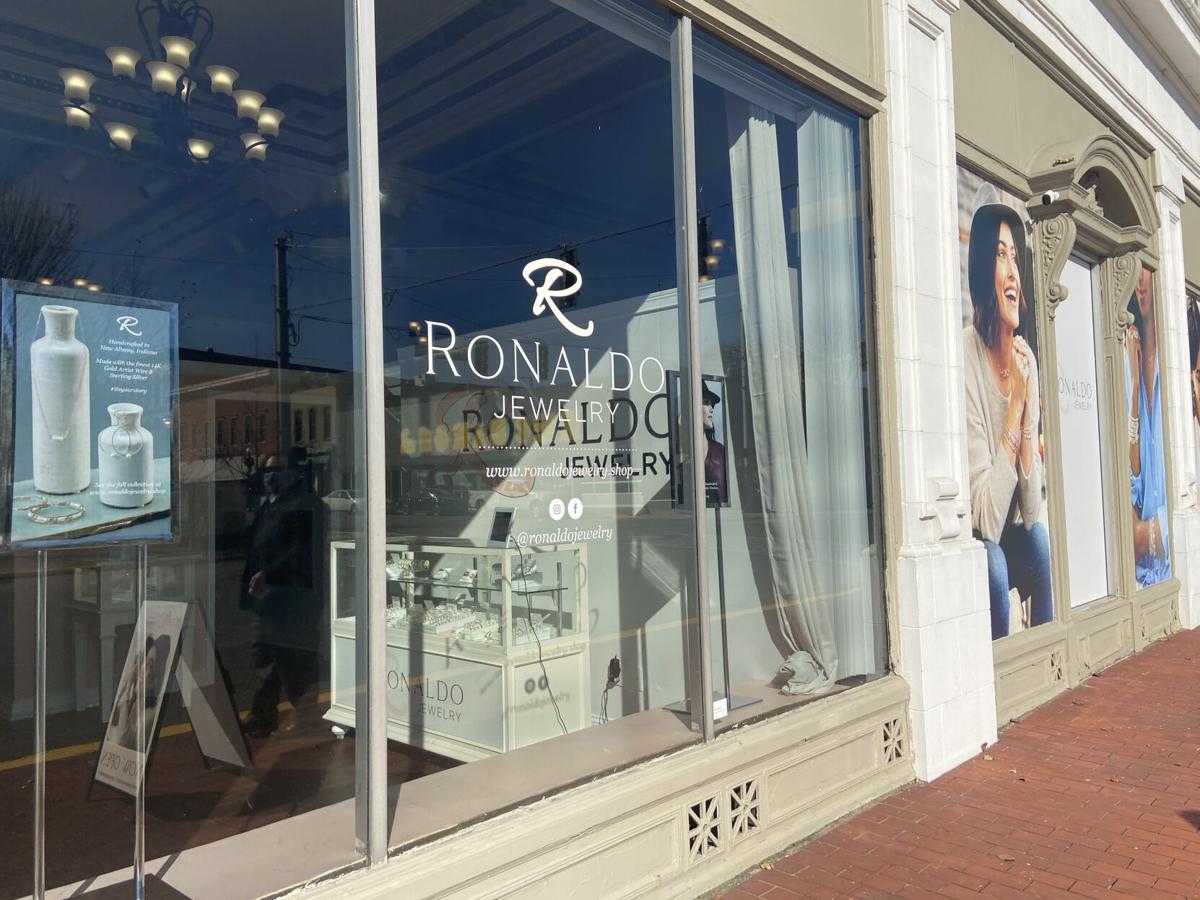 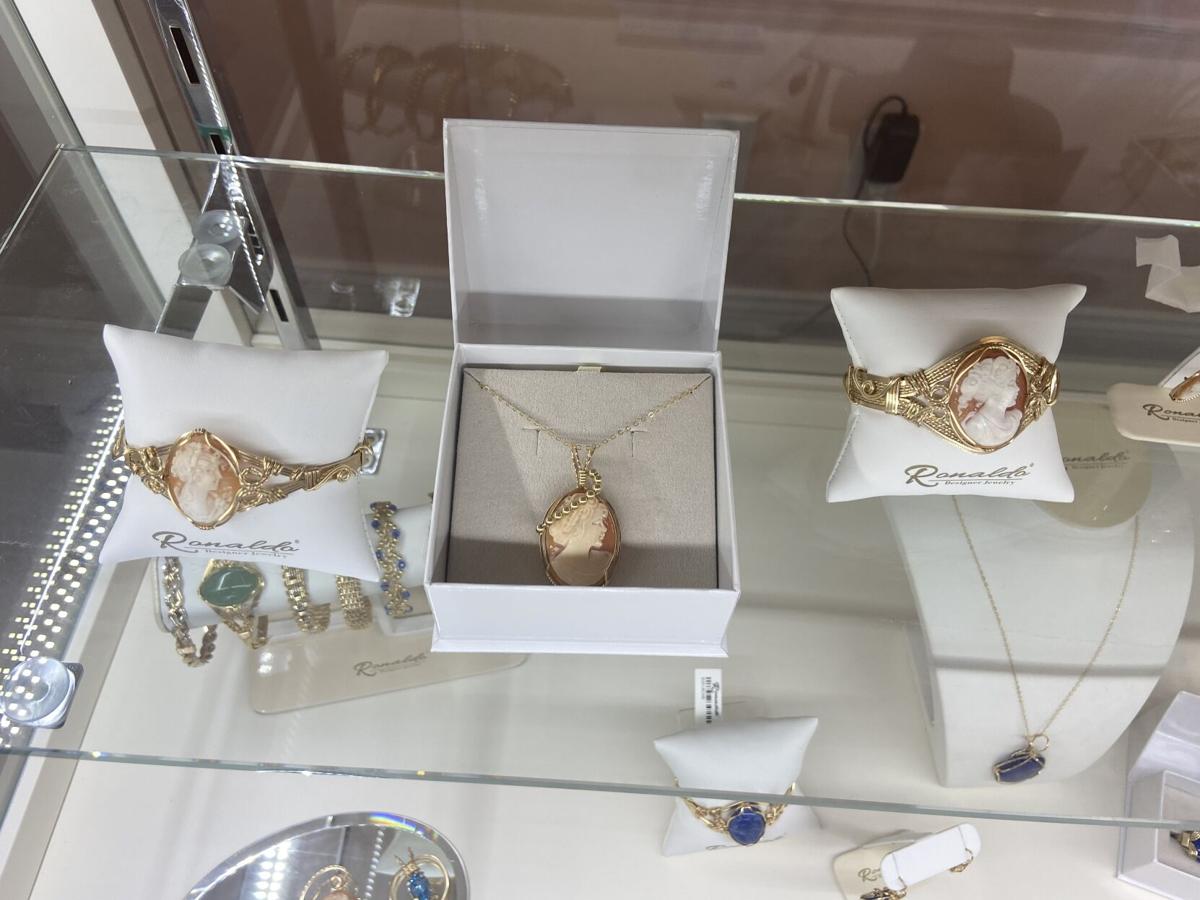 Cameo pendants are among the pieces on display at Ronaldo Designer Jewelry’s flagship store in downtown New Albany.

The handcrafted bracelets at Ronaldo Designer Jewelry’s shop in downtown New Albany are given names and meanings. The shop opened in late October at the Elsby Building.

Cameo pendants are among the pieces on display at Ronaldo Designer Jewelry’s flagship store in downtown New Albany.

The jewelry producer sells to more than 800 stores throughout the country.

“Everything is made here in New Albany by artists,” Ronaldo CEO Mike Scheser said. “Nothing is made by machine — it’s 100% handcrafted jewelry.”

Scheser said the store that carried Ronaldo jewelry in Louisville recently shut amid the COVID-19 pandemic, and since the summer, the company started planning its own retail store. The company uses almost the entire bottom floor of the Elsby Building, and it has office space and a workshop there.

“We’re proud to be in New Albany, so we decided to open up a flagship store to make it anchored here, since we’re here anyway,” he said.

One of the main goals in opening the shop is to support downtown New Albany, Scheser said.

“Ronaldo Jewelry is very well-known throughout the Southeast, but not as much up here, and we’re trying to change that,” he said. “We want people to know that hey, we’re in New Albany, Indiana, we want to help the downtown area out, we want to make a splash and we want to do what we can for the city.”

The shop allows Ronaldo to “showcase who we are and what we do in a very prominent space,” Scheser said. The company “went big” with window dressings at its storefront.

“With the store, it will allow people to come in and take a look and get a feel for who we are,” he said.

Ronaldo Designer Jewelry has more than 300 bracelet designs, but it also sells earrings, rings and pendants. The company releases about 24 to 30 new items a year, Scheser said.

Scheser said some of the pieces are connected to charitable causes, including charities such as the American Cancer Society and the Humane Society.

Each of Ronaldo’s bracelets have different meanings behind them, he said.

“A lot of our jewelry has some religious connotations behind it, some are more personal to the people who work here…they have a message and a meaning behind it,” Scheser said. “Right now, our slogan is ‘it’s your story,’ so a lot of people can go buy a piece that tells something that’s going on in their life at that time, from remembrance of people who’ve passed on, cancer survivors or things like that.”