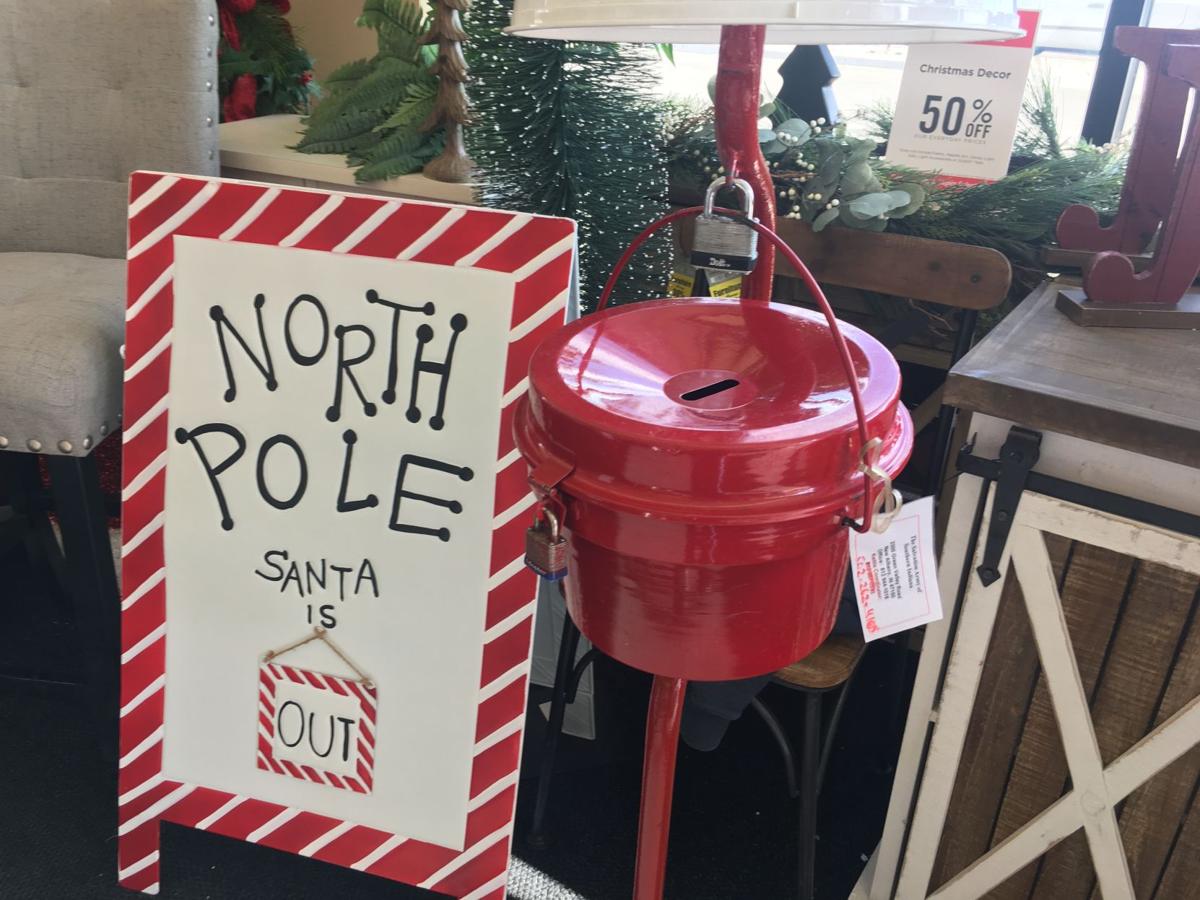 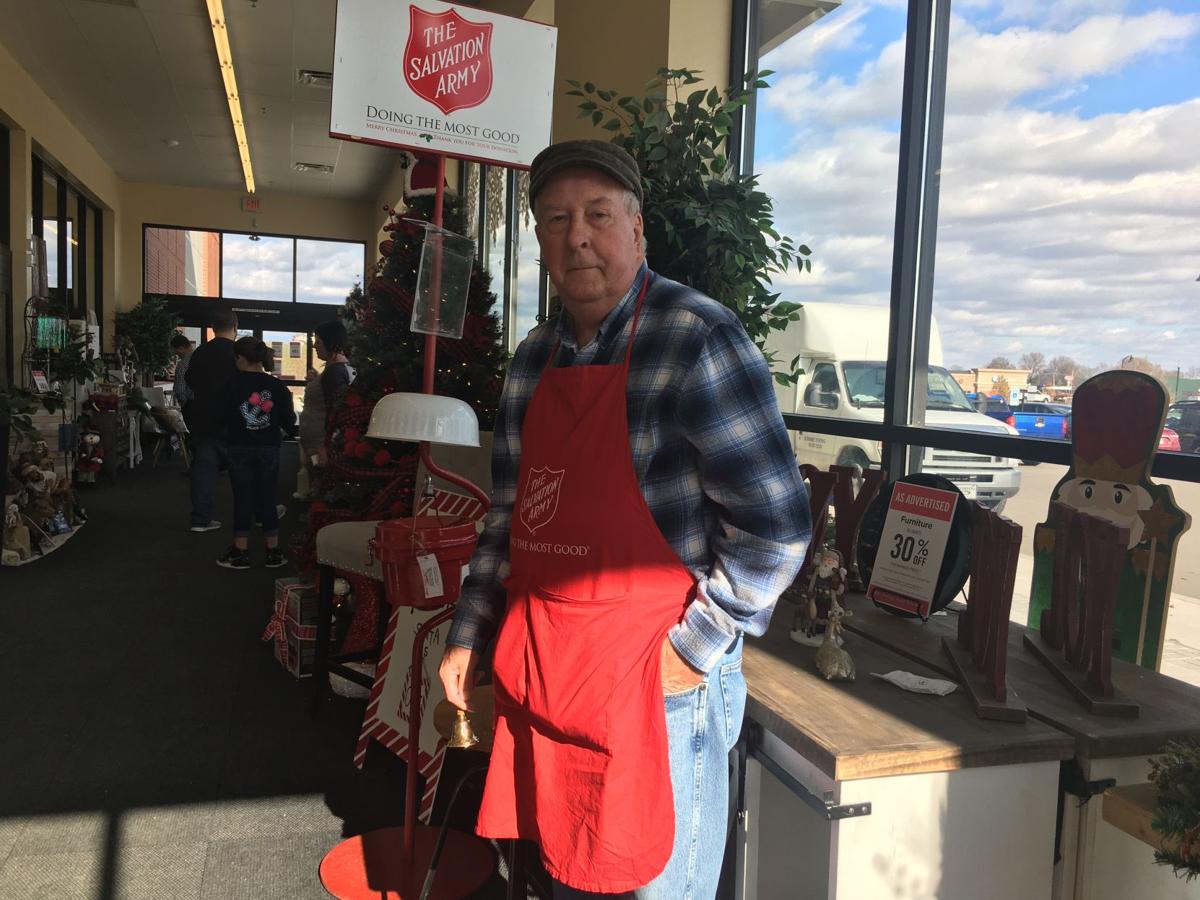 Art Torstrick, who is employed by the Salvation Army of Southern Indiana, rings a bell for the organization's Red Kettle Campaign Wednesday at the Hobby Lobby in Jeffersonville. He has been a bell ringer for five years.

Art Torstrick, who is employed by the Salvation Army of Southern Indiana, rings a bell for the organization's Red Kettle Campaign Wednesday at the Hobby Lobby in Jeffersonville. He has been a bell ringer for five years.

SOUTHERN INDIANA — It's the beginning of the holiday season, and the Salvation Army's main fundraising campaign is going into full swing in Southern Indiana.

Starting Friday, bell ringers with the Salvation Army of Southern Indiana's Red Kettle Campaign will be collecting donations at 38 locations across six counties, including Floyd, Clark, Washington, Scott, Crawford and Harrison counties. Earlier this month, the red kettles were located at only seven locations in Southern Indiana.

Capt. Jonathan Fitzgerald, corps officer for the Southern Indiana division, said the organization's goal is to raise $240,000 through the red kettles. The Salvation Army also accepts donations through mail and online, but the Red Kettle Campaign is its largest fundraiser. The total funds raised at Christmas time account for about 30 to 35 percent of the budget for an entire year, he said.

One of the organization's concerns is a shortened holiday season. Since Thanksgiving is about a week later this year, the Salvation Army of Southern Indiana lost five days of fundraising. As a result, this year's fundraising goal is smaller than the $250,000 raised last year through the Red Kettle Campaign.

"We’ve lost five of our days of opportunities that we can earn dollars to support the community," Fitzgerald said. "We’re just trusting that the community will be able to step up and kind of account for those missed days through increased giving."

This year, the Salvation Army Indiana Division is introducing another way to donate to the campaign. Donors can now use Apple Pay or Google Pay on their phones — smart chips and QR codes are included with Red Kettles across Indiana. Shoppers will use a custom donation page featuring Apple or Google payment options, and funds will be directed toward the local Salvation Army based on the billing ZIP code.

"I just think technology is important — we need to stay with the technology people are using for purchases so we can make it more convenient for people to give when they want to," Fitzgerald said. "Because a lot of times when they pass the kettle, they say, I’m sorry, I’d give, but I don’t have any cash. Now we can say, if you’d like to, you can just tap [on your phone] now."

The money raised through the red kettles goes right back into the community, Fitzgerald said. It supports Salvation Army programs such as staffing and logistics for its Angel Tree program, which provides toys and clothing for local kids, as well as food for a Christmas meal. This year, more than 3,200 local kids are signed up for the Angel Tree program.

"You might not think when I give a dollar in a kettle that it can lead to a smile or a tear of joy, but it actually can," he said. "I think it’s important to realize that the money that you’re giving or the toys that you’re helping with through the Salvation Army is helping real people change their lives in real ways."

There is a huge need for volunteers to ring bells at the red kettles throughout the season, Fitzgerald said. Of 7,000 hours, there are still about 3,000 hours that need to be filled, and he encourages both individuals and organizations to sign up. Volunteers will be collecting money at the kettles every day except Sunday until Dec. 24.

Art Torstrick has been a bell ringer with Salvation Army for five years, and on Wednesday, he was ringing the bell at the Hobby Lobby in Jeffersonville. The campaign is all about doing good deeds, he said, and he loves seeing the reactions from little kids who enjoy ringing the bell.

"It helps everyone — if anyone's down on their luck or anything, they help them out the best way they can, and it's not just the food part of it or the clothes or anything else — it's any way they can possibly help you," he said. "That's what I like about it.