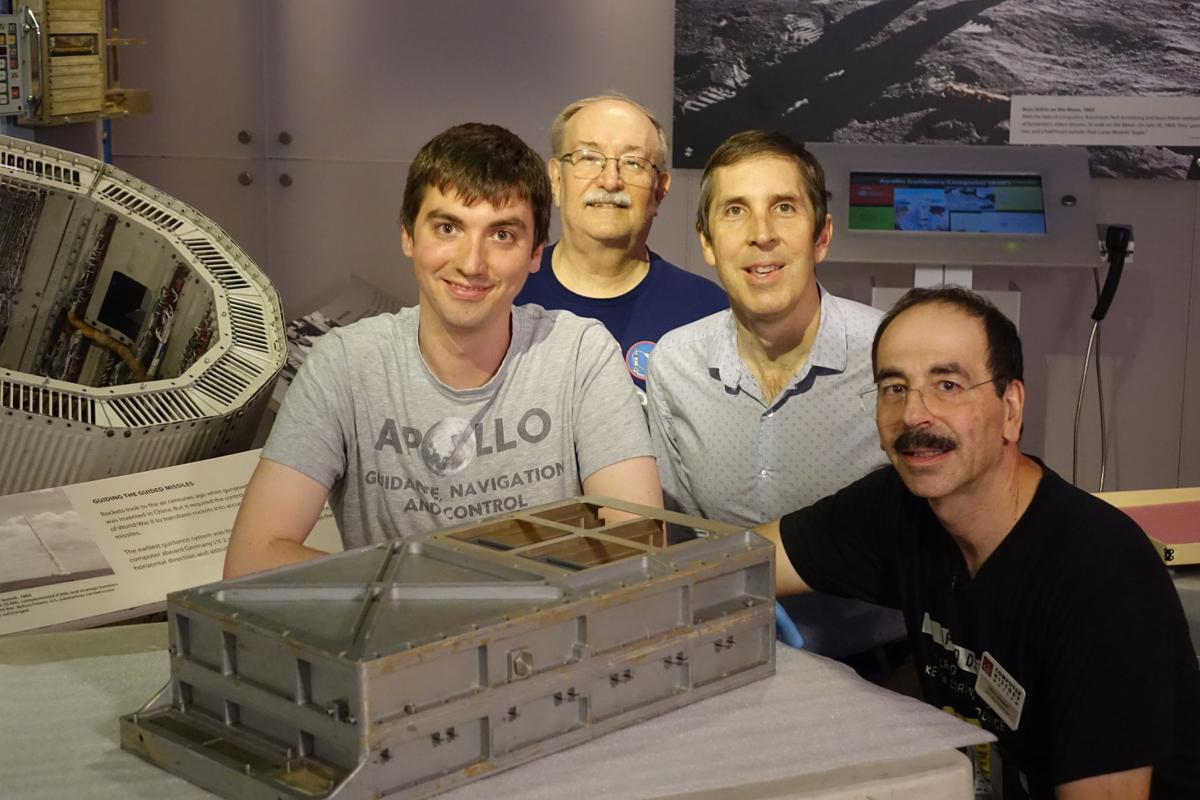 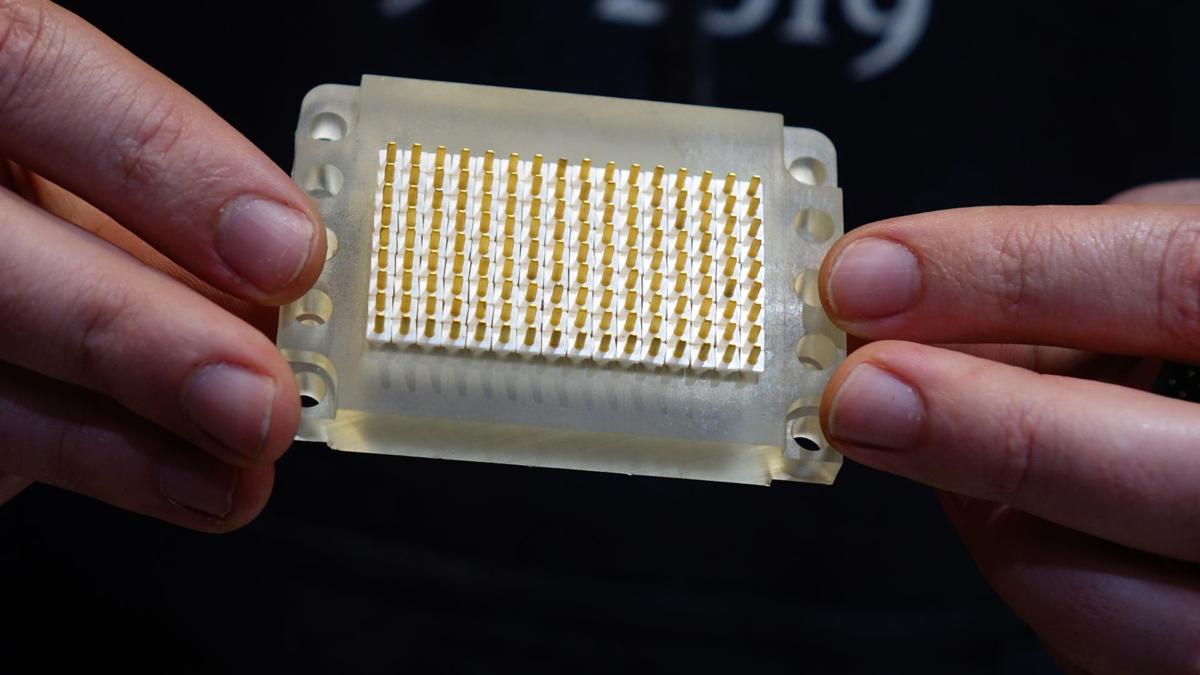 One Of The New Samtec Connectors, Based On The 1962 Blueprint 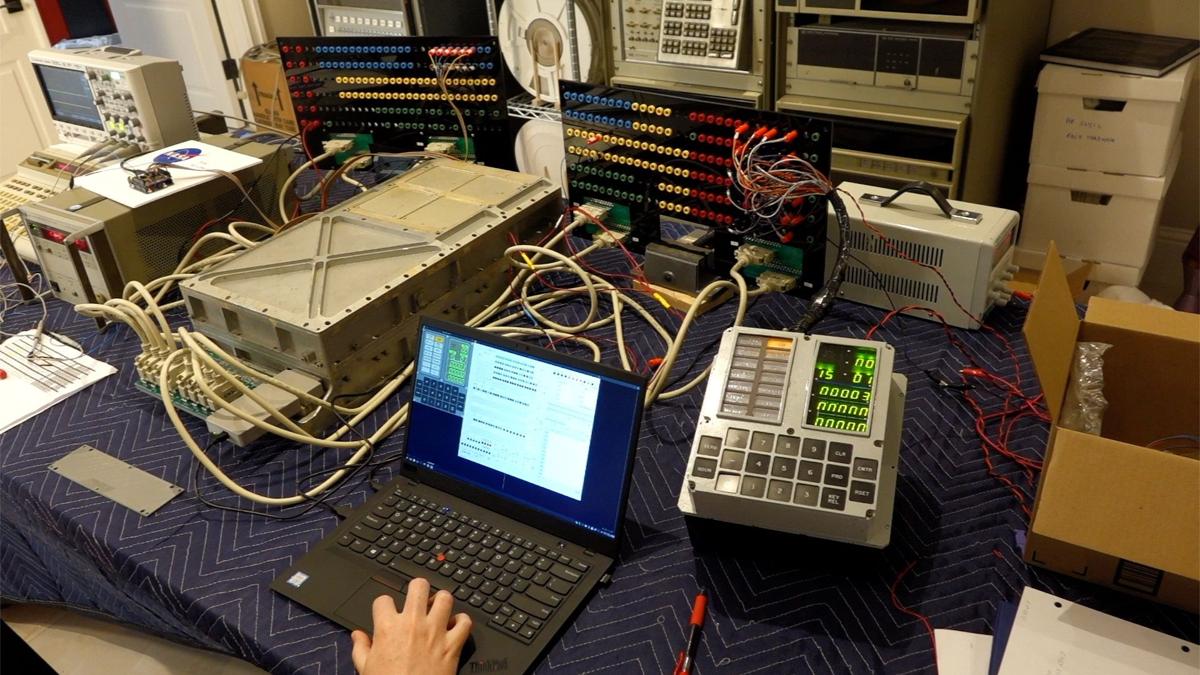 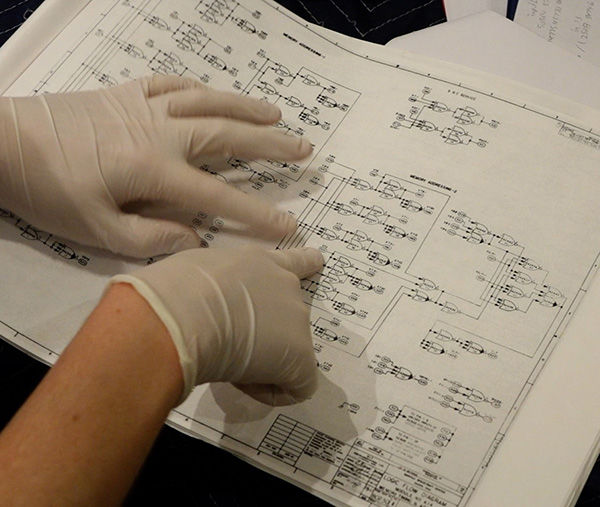 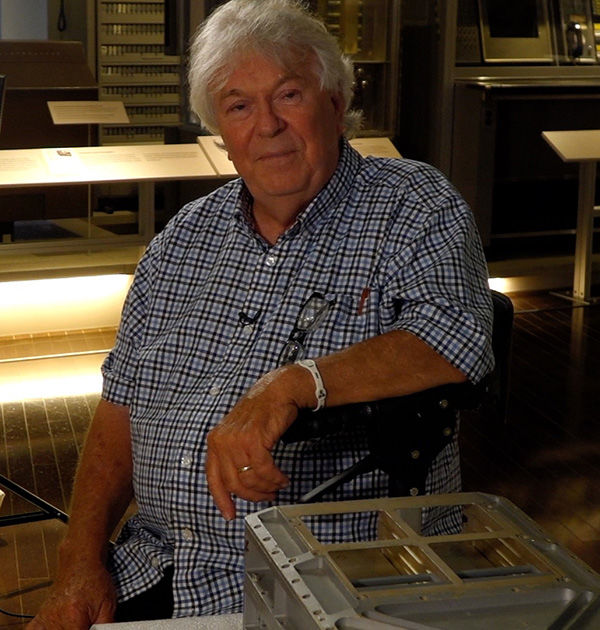 One Of The New Samtec Connectors, Based On The 1962 Blueprint

This is the first of a two-part article detailing Samtec’s involvement in restoring the Apollo Guidance Computer (AGC) to commemorate the 50th anniversary of the Apollo 11 moon landing. The author is Danny Boesing, product marketing director at Samtec and a longtime New Albany resident.

If you’re like me, you’re watching and reading about the upcoming 50th anniversary of the Apollo 11 lunar landing. The achievement is all the more outstanding considering the limited, archaic technology (by today’s standards) that got us there and back.

I’m proud that Samtec plays a role in commemorating the 50th anniversary of the technology of that event. This article, and the second part coming on Saturday, tells you about our involvement in restoring the Apollo Guidance Computer.

For me, this story began with an email last Fall from my co-worker, Marc Verdiell, the chief technology officer of the Samtec Optical Group in Santa Clara, California. In his spare time, Marc is part of a small group that restores vintage computers. We both have an appreciation for history, and Marc told me about a new project.

Years ago, Marc joined a volunteer group at the Computer History Museum in Mountain View, California. He was a member of the restoration team on the IBM 1401 mainframe. The 1401, one of the very first transistorized computers, is a room-sized iconic mainframe from the early 1960s. It has been restored to full functionality by the team.

Marc teamed-up with two other well-known restorers he met at the museum, Carl Claunch and Ken Shirriff. Their successful restoration of a rare Xerox Alto, an 18-month effort chronicled on YouTube, made them “famous” in the world of computer restoration. If you’re not familiar with the Alto, it’s been described as both the mother of all modern personal computers and the machine that famously inspired Steve Jobs to create the first Macintosh.

On the heels of the Alto restoration, Marc's group was contacted to restore an even rarer computer, the Apollo Guidance Computer (AGC), in time for the 50th anniversary of the Apollo 11 moon landing.

It turns out one of the main challenges in getting the AGC to work was the restoration of the connectors. Verdiell and I both work at Samtec, and he asked if we could design and build replacement connectors for the AGC. This is tricky because the connectors that needed to be replaced were 1960-era products and no longer available. Further complicating the situation was Samtec opened its doors in 1976 and never made these types of connectors.

But this story really began in 1976, when Jimmie Loocke, a former technician at the NASA Manned Spacecraft Center (now Johnson Space Center), was looking for budget electronic components at a recycler’s warehouse. He recognized some of the materials from the Apollo project that he had previously worked on, including Lunar Modular components. He ended up buying two tons of metal and hardware and saving them from being scrapped. Included in this purchase was a Lunar Module AGC.

Much later, in 2004, Loocke showed it to Eldon Hall, the original chief architect of the AGC for NASA. Hall opened the AGC, and the computer was in such good condition that they started to wonder if it could be turned on. Not only was it in pristine condition, but more importantly, it was not potted.

If you’re not familiar with potting, it’s the process of filling an electronic assembly with a compound that “seals it” to make it shock and vibration resistant, and to protect it from moisture and other corrosive agents. But once potted, the printed circuit board and components cannot be accessed; they’re essentially encapsulated in a solid plastic-like box.

Loocke eventually met Mike Stewart, an AGC fanatic extraordinaire, who for years had been working on gathering comprehensive AGC documentation for creating his own replica. Stewart was the first to make a working, gate-exact reproduction of the computer’s hardware using a modern FPGA. Stewart had seen the video of Hall disassembling the AGC, and Hall introduced Stewart to Loocke. Jimmie and Mike decided to power-up the AGC, and that’s when they contacted the team of Marc Verdiell, Carl Claunch, and Ken Shirriff.

— Part two of this story continues Saturday; it chronicles the challenges of restoring the AGC to working condition.

50 years after Apollo 11, Indiana still has ties to space

INDIANA, U.S., EARTH — On Saturday, when the country celebrates the 50th anniversary of the Apollo 11 moon landing, they'll be applauding one …