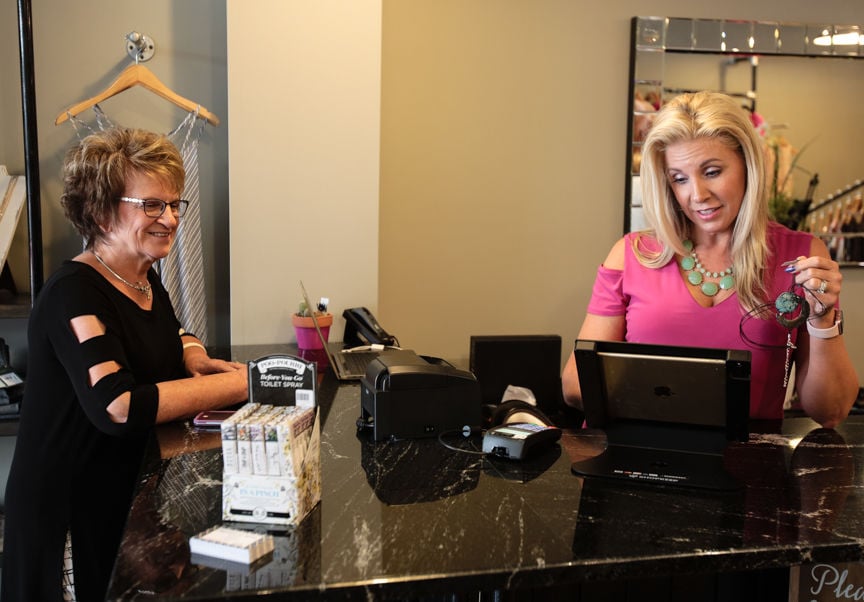 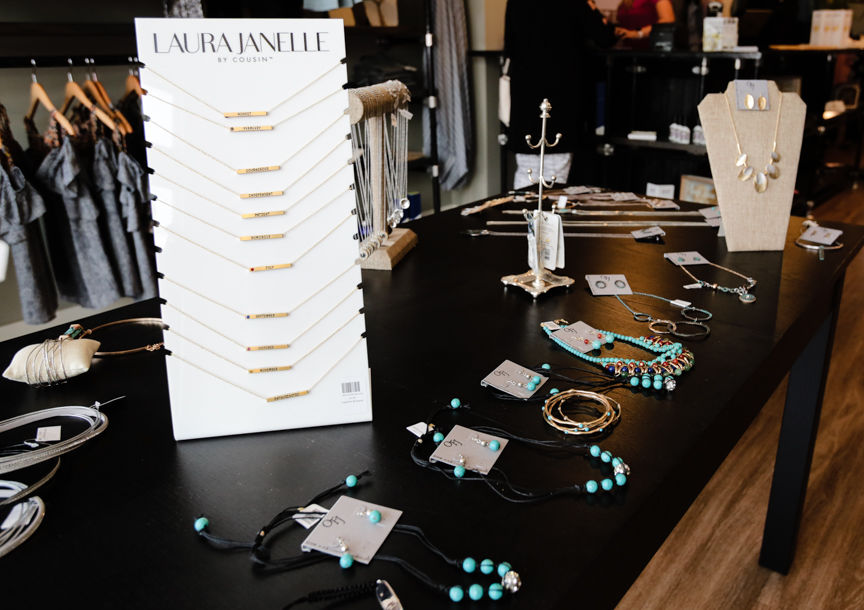 A table of jewelry sits at the front of Sapphire Boutique on Main Street in New Albany. 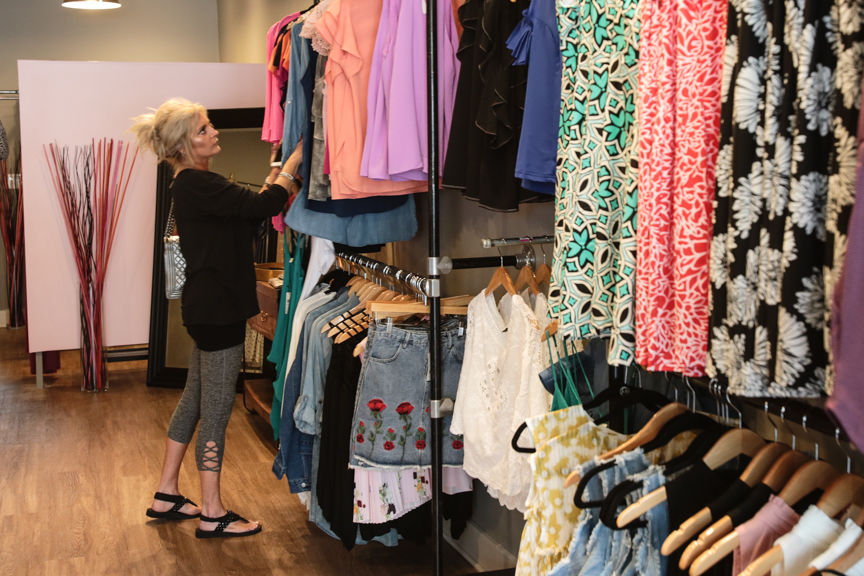 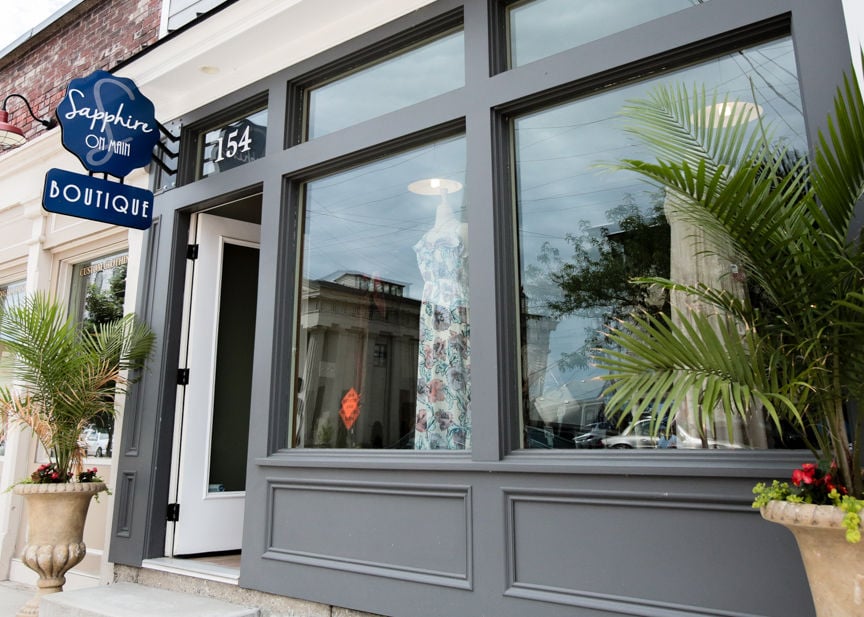 The new Sapphire Boutique location is at 154 Main St. in New Albany.

A table of jewelry sits at the front of Sapphire Boutique on Main Street in New Albany.

The new Sapphire Boutique location is at 154 Main St. in New Albany.

NEW ALBANY — When Angela Gore picks out an item for her boutique, she often thinks about whether or not she would wear it.

It’s proved to be a good strategy.

Sapphire on Spring Boutique, Gore’s clothing shop in downtown Jeffersonville and — as of Tuesday — downtown New Albany, is filled with must-buys.

It’s the kind of store where you pick up one dress, then another, and before you know it, you’re standing in front of a changing room with an arm full of hangers.

Sapphire Boutique wasn’t Gore’s first foray into the world of fashion, however. Gore owned and operated Blush, a boutique in downtown Madison, for over two years before she moved back to Floyds Knobs and sold the shop to a friend.

Gore took a break from business ownership for two years, but she couldn’t stay away from it. It’s her calling.

“I love fashion,” she said. “I love clothes. I guess I feel like: I finally figured what I want to be when I grow up.”

Gore’s eye for clothing was cultivated at a young age by her mother.

“When she goes to the grocery store — goes anywhere — her outfit matches,” Gore said. “She’s got the jewelry, her hair’s done — makeup.”

That also might be why Gore is so particular about the clothing she sells in her store.

At Sapphire Boutique, Gore carries clothing that’s similar stylistically to the pieces that she sold at Blush, but she now carries more for women over 35. It can be hard for some middle-aged women to find clothing that isn’t for 20-year-olds, but also isn’t grandma-like, Gore said.

Gore fills Sapphire’s racks with that middle ground, but she maintains that there’s something for everyone at her shop — whether they are teenagers or stylish seniors.

“It’s not like going to Macy’s or Dillard’s,” she said.

Sharp is a friend of Gore’s and a loyal Sapphire Boutique customer. She started going to the store when it first opened in Jeffersonville.

Gore chose Jeff over New Albany for the first location of her shop because she felt like the area needed it. There were plenty of restaurants in the city's downtown, but not much in the way of clothing stores.

Eventually, though, she began hearing from her customers who wanted her to open a location on the other side of the county line.

There were upsides to the idea.

“New Albany’s growing so fast,” Gore said. “I kind of wanted to get on it before there was nothing left to rent or no spaces left.”

154 Main St. was the perfect spot for the second location: not too large and a former boutique space. Dolce Vita, the shop’s previous inhabitant, closed earlier this year after the owner moved, said Andy Carter, the property manager for the Underground Station, where Sapphire Boutique is located.

Gore got to work on moving into the space. She still plans to fill it up with more merchandise, but she’s open for business.