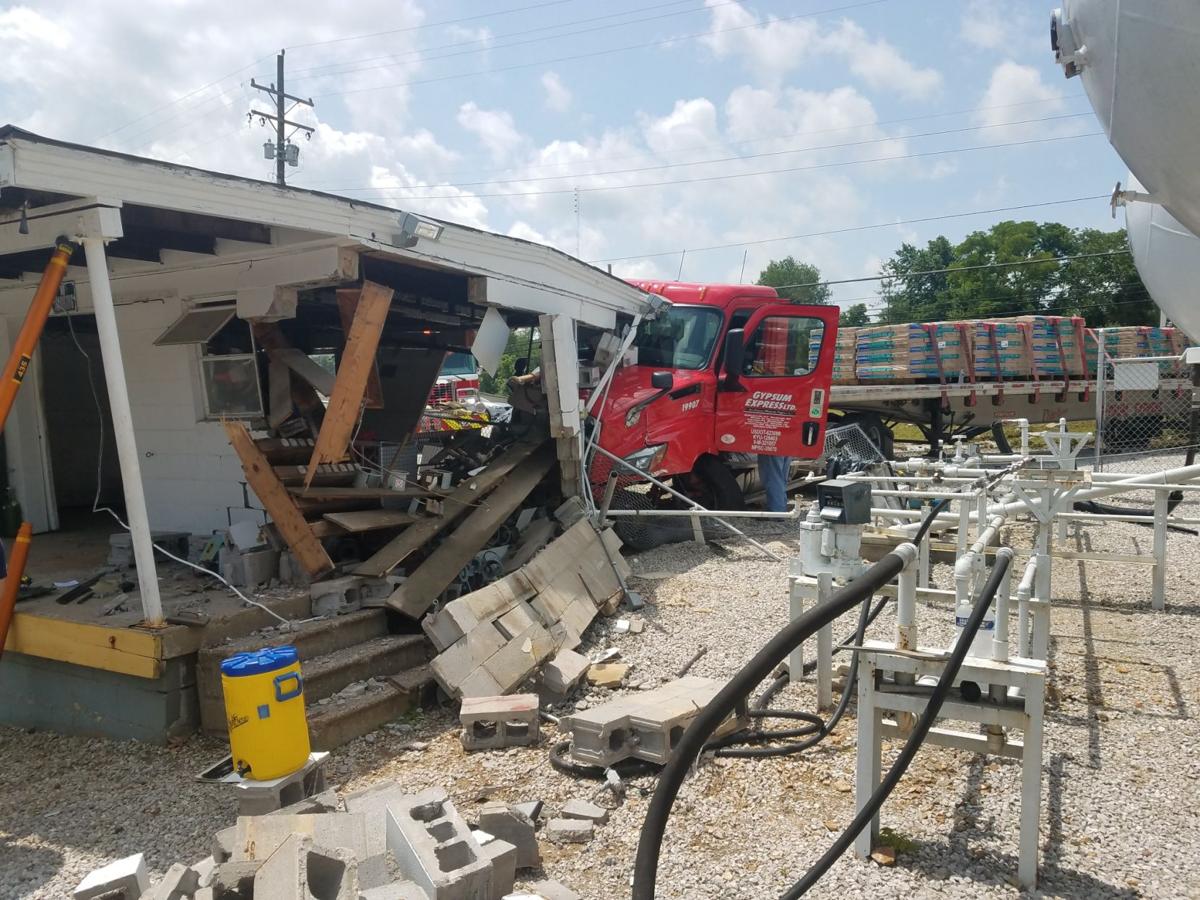 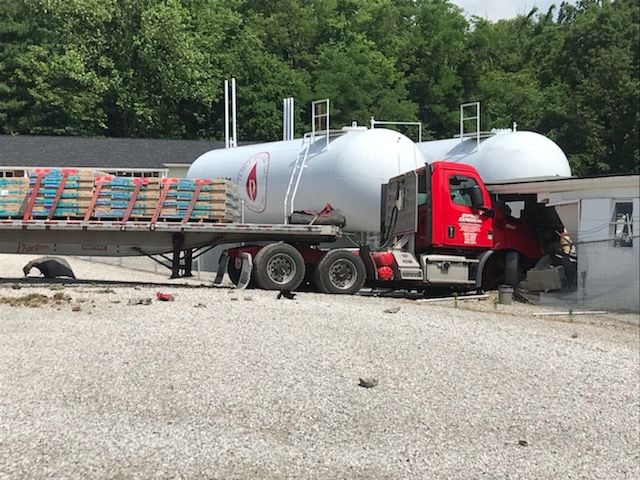 GREENVILLE — There were no injuries after a multi-vehicle crash Monday that landed a semi into the side of a Greenville business.

Just after 11 a.m., the Greenville Township Fire Department responded to the scene where the semi had hit a building at Pearce Bottled Gas on U.S. 150, said Assistant Chief Brian Groves.

Preliminary investigation shows that a pickup was stopped on U.S. 150, waiting to turn left onto Buttontown Road. The driver of a car approaching from behind hadn’t seen the truck stopped and swerved to avoid hitting it, at which point the car hit the semi, sending it crashing into a pump house at the business.

Groves said the semi truck hit a line connected to a large propane tank, but staff quickly closed off the valves. He said the Lafayette Township Fire Department was a huge help in assisting at the scene.

Office manager Cathy Rogers said no one had been in the area where the truck hit, but the people working in the office both saw and heard the accident.

“When I looked out, the car — I could see it was hit and that’s when I called 911,” Rogers said. “And then in the meantime while I was on the phone with them, the semi hit the building.” She said a neighboring business reported both hearing and feeling the impact of the crash.

The business remains open. Rogers said it just may take a few days to be able to get their capability to refill grill gas tanks. In the meantime, they’ve been referring people to another nearby store.

“Luckily we had no injuries and everything is going to get rebuilt and we’ll move on,” she said. “What was horrible enough could have been tragic, but it wasn’t. We’re lucky in that regard.”