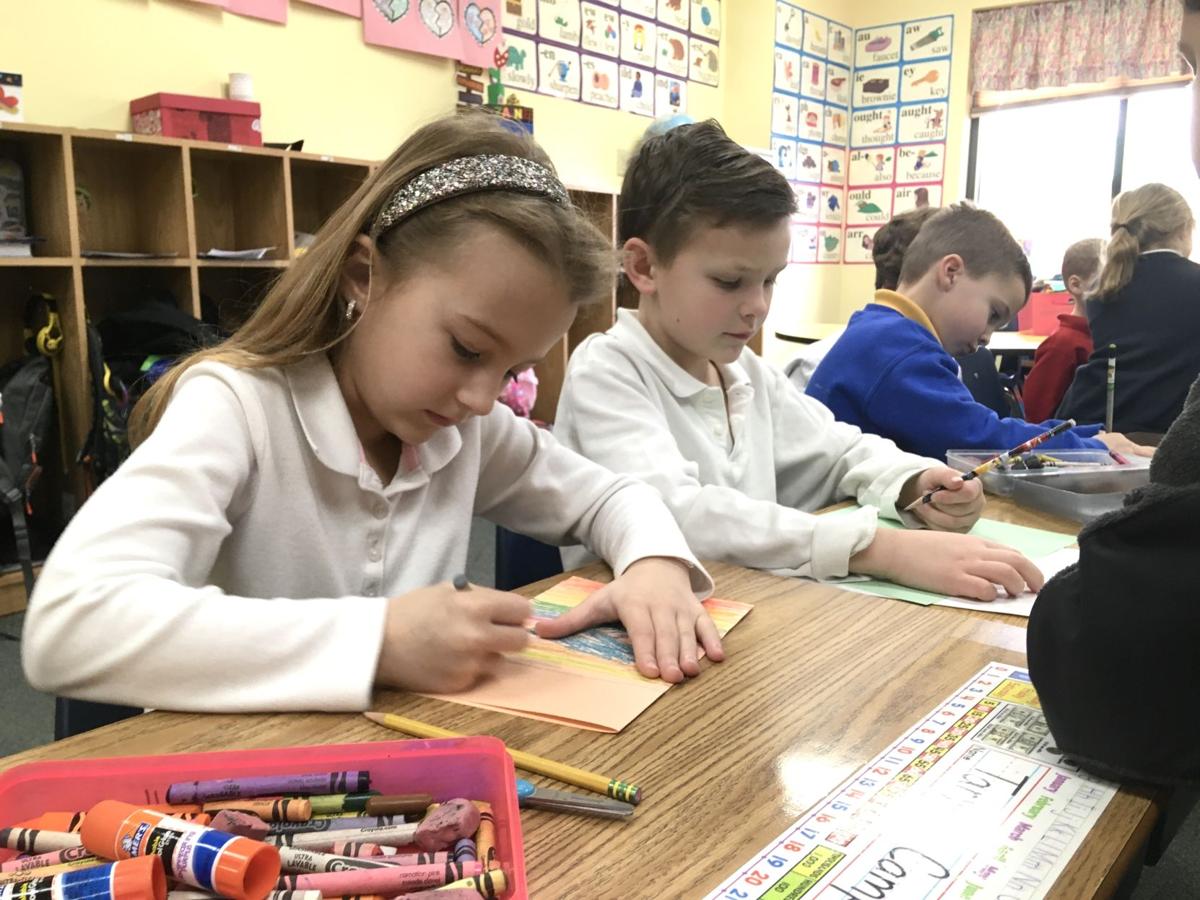 Christian Academy of Indiana first-graders Taryn Campbell and Gideon McManus work on Valentine’s Day cards to be given to nursing home residents. 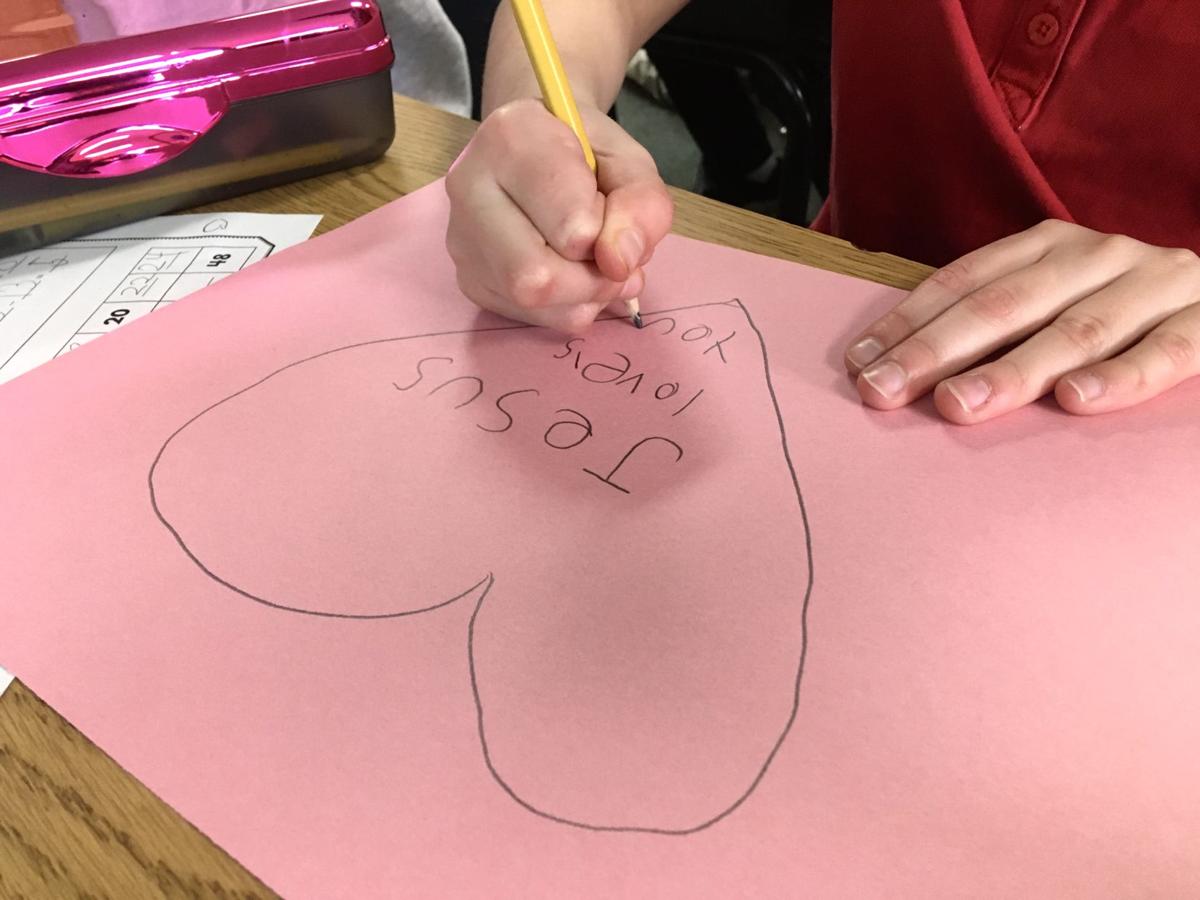 Gracyn Gilley creates a Valentine’s Day card to be given to a local nursing home resident. 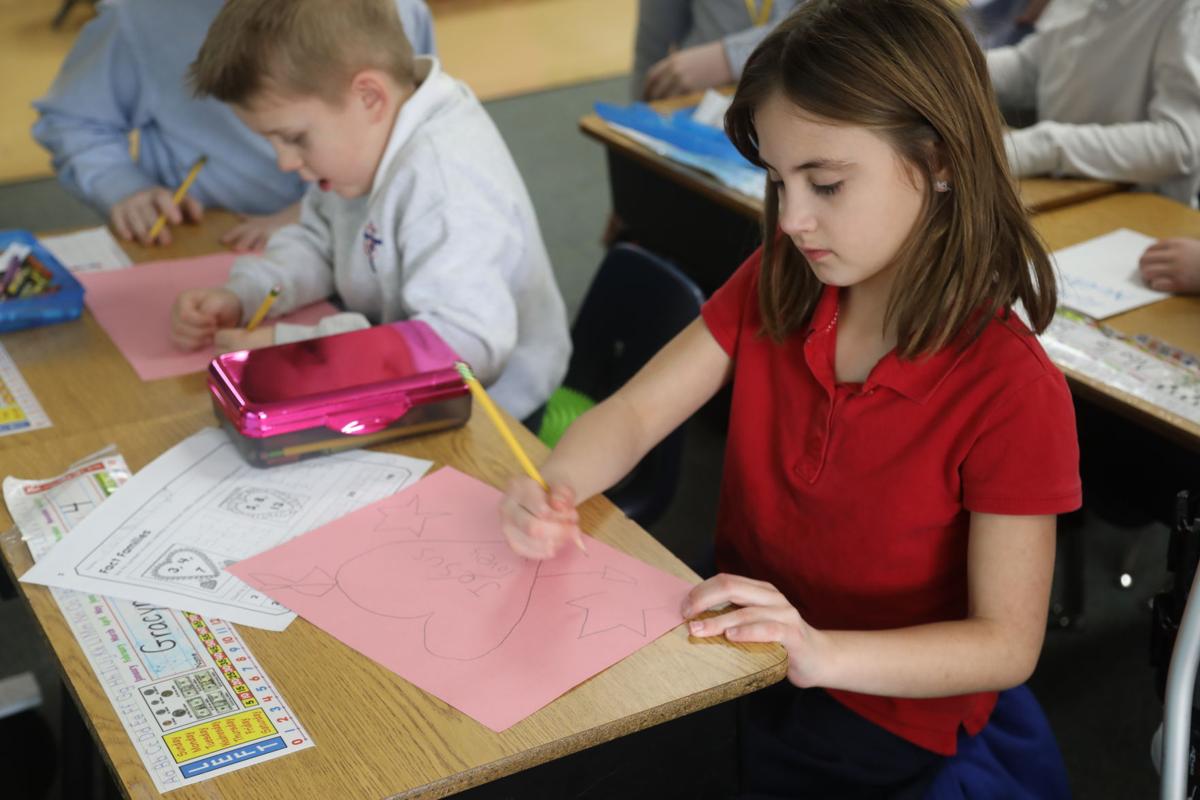 Gracyn Gilley, 8, works on a Valentine’s Day card at Christian Academy of Indiana.

Christian Academy of Indiana first-graders Taryn Campbell and Gideon McManus work on Valentine’s Day cards to be given to nursing home residents.

Gracyn Gilley creates a Valentine’s Day card to be given to a local nursing home resident.

Gracyn Gilley, 8, works on a Valentine’s Day card at Christian Academy of Indiana.

“It’s for the nursing home, to make them feel better,” Anderson said, without pausing in his creation. “So they can be happy.”

“They get a lot of attention at the Christmas holidays, but then they’re kind of forgotten after that and so WAY-FM started this Cards that Care initiative,” CAI elementary principal Monica Allison said. “This will be our second year to partner with them.”

Students said they were happy to step up to the task and give back to others.

“I’m giving the card to the people who feel lonely and don’t get visits,” said 7-year-old Kiam Peterson. “I think they are going to be happy. I hope they like it. I wish they have a great day.”

Alivia Elkin, 7, focused on drawing a baby Jesus with a heart above it to spread cheer.

For 12-year-old Reagan Lanum, it was a trip down memory lane.

“It makes me remember how it was in first grade,” he said, pausing. “I loved it!”

“We use this opportunity to help the kids see that there are ways that they can reach out to other people and even though they don’t get to see these people personally, that the card can encourage them and let them know that someone cares for them,” Allison said.

Ben Smith, community impact director for WAY-FM, said he’s worked with nursing homes in the past and knew a project like this would have an impact.

“We’re all about making a positive impact in the community and really demonstrating Jesus’s love in a tangible way,” Smith said. “I know a lot of times, they don’t have a lot of visitors, so we thought that would be a great demographic of people to share some love with.”

He said he hopes to distribute about 500 cards from various participating schools to local nursing homes, including Westminster Village in Clarksville, Green Valley Care Center in New Albany, and Maple Manor Christian Home in Sellersburg.

“It’s great to make that connection with the young and the older,” Smith said. “They can both show joy and love to one another.”