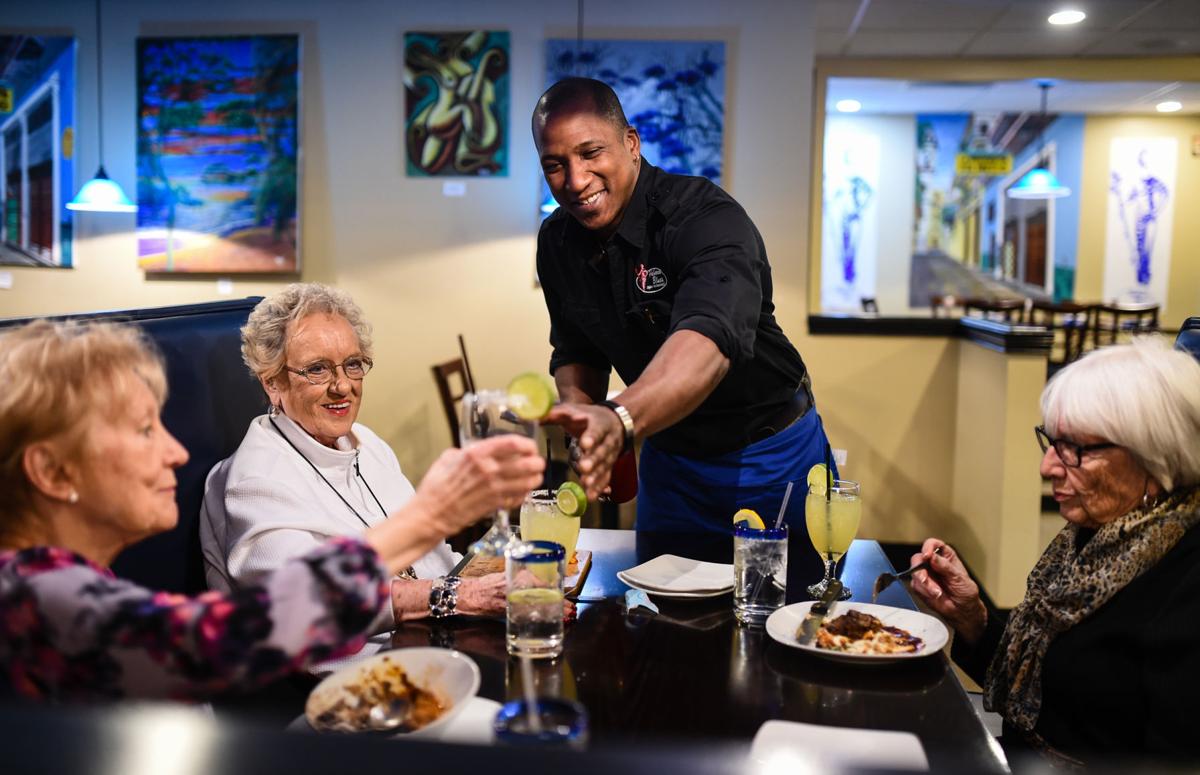 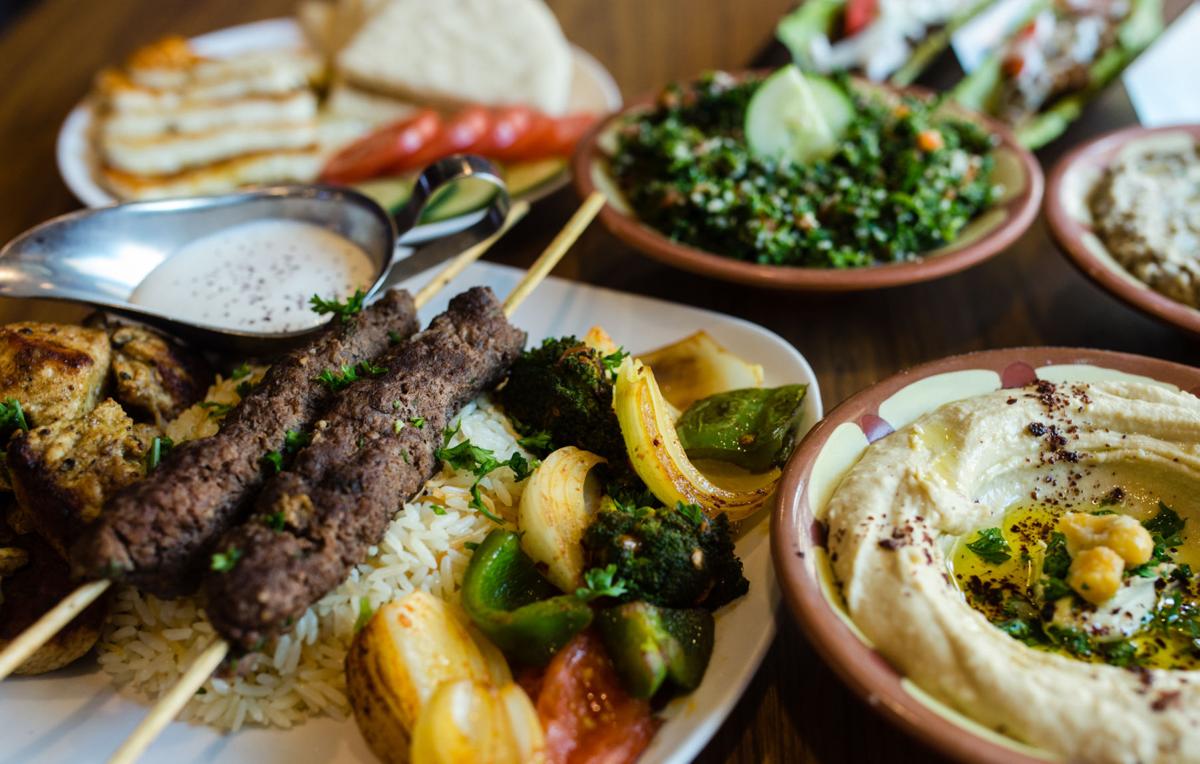 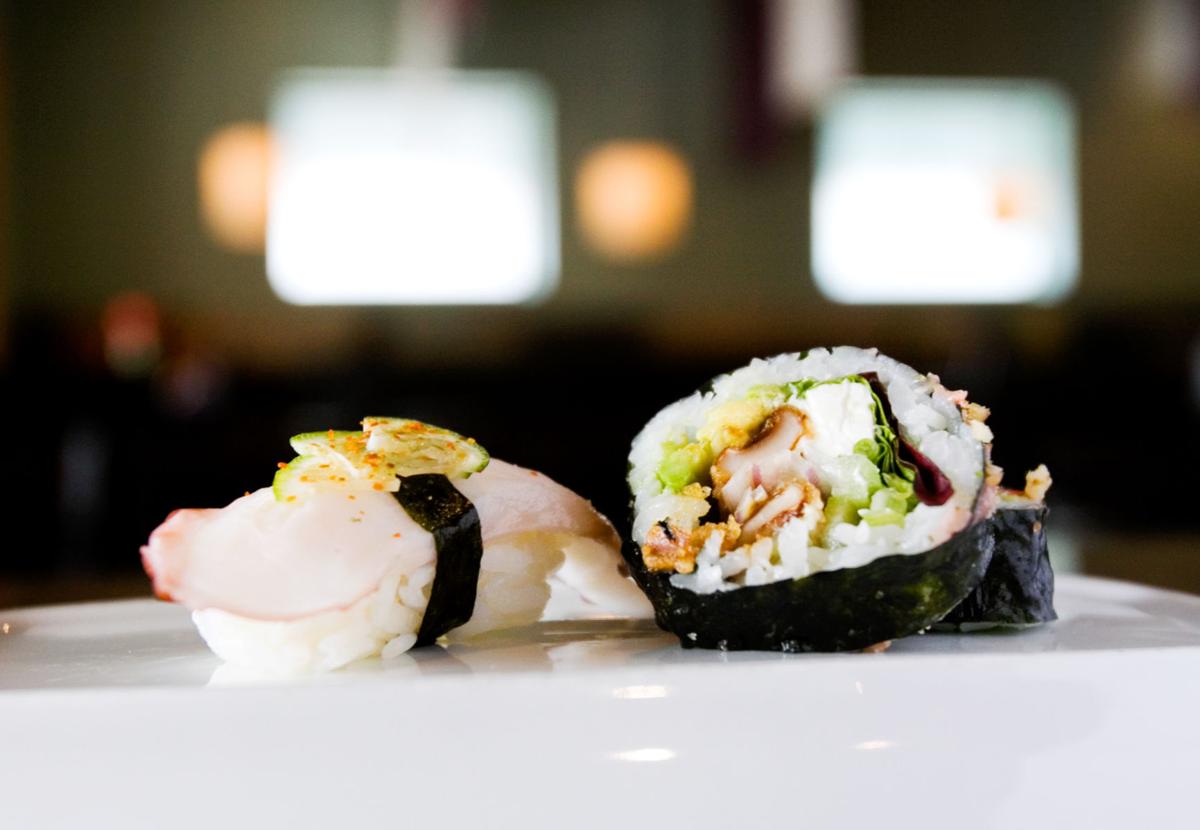 A piece of octopus nigiri sushi, left, and a section of a squid sushi roll are pictured in the dining room at Dragon King’s Daughter in downtown New Albany. 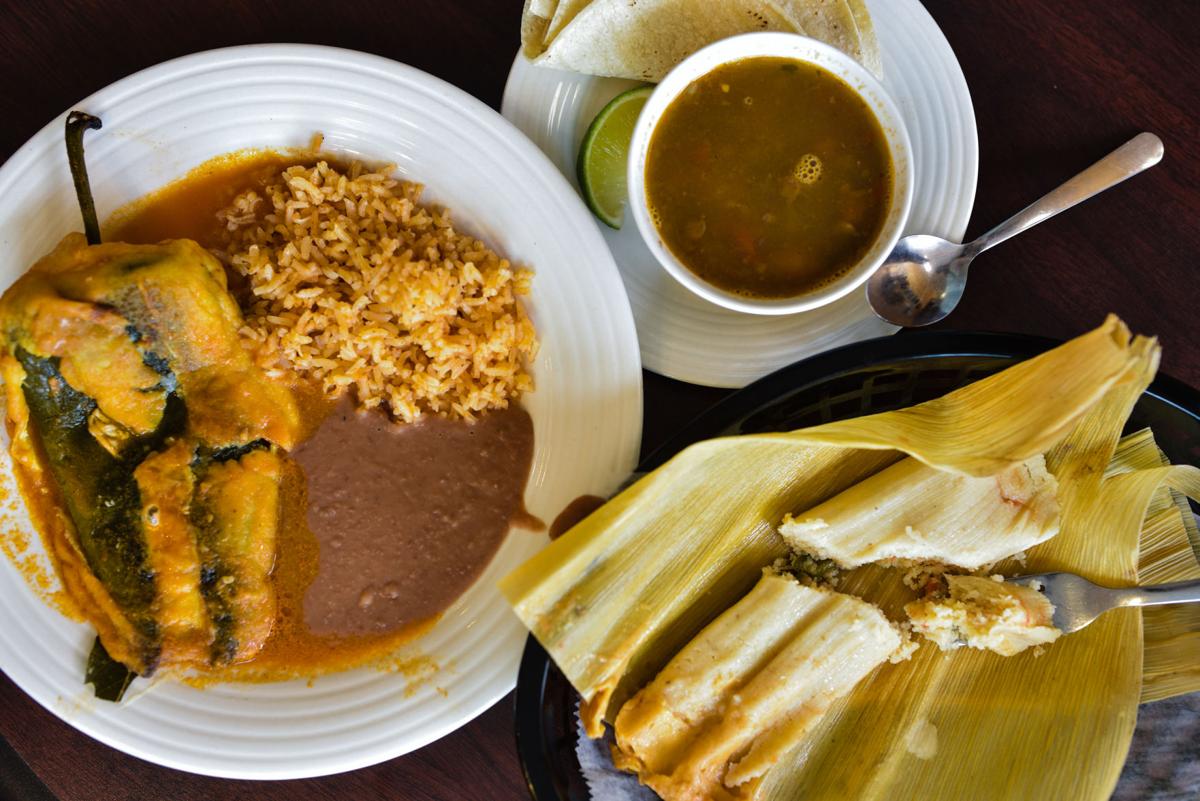 A chile relleno and side of beans and rice is paired with a traditional tamale and soup.

A piece of octopus nigiri sushi, left, and a section of a squid sushi roll are pictured in the dining room at Dragon King’s Daughter in downtown New Albany.

A chile relleno and side of beans and rice is paired with a traditional tamale and soup.

SOUTHERN INDIANA — As Southern Indiana’s culinary scene has grown, the area has also seen more diversity in the types of food found at local restaurants.

From Cuban to Middle Eastern food, there are plenty of options on this side of the river for authentic ethnic cuisine of various cultures. Here are some of the international flavors you can try in Clark and Floyd counties:

Leo Lopez, owner of Habana Blues, came to the United States as a Cuban refugee at age 18 in 1996, and he opened his downtown New Albany tapas restaurant in 2010. The restaurant, which moved about five years ago from Market Street to its current location at 320 Pearl St., serves Spanish-style tapas, Cubano sandwiches, mojitos and a variety of other Cuban-style food and cocktails.

Lopez, who left Cuba on a raft in 1994, was detained with other refugees at the Guantanamo Bay Naval Base before he was admitted into the United States. He met fellow refugee Ulises Garbey at Guantanamo, and he now works with Lopez as the restaurant’s head server.

Southern Indiana has a number of restaurants featuring authentic Mexican cuisine. La Catrina Mexican Kitchen, which opened about a year ago at 202 E. Elm St., focuses on authentic Mexican food and drink, including tacos, tamales, pozole and margaritas. The restaurant’s vibrant murals pay homage to Mexican culture with depictions of colorful sugar skulls and other imagery related to Día de Muertos, or Day of the Dead.

One of chef Roza Segoviano’s inspirations for La Catrina was her love for the street vendors she patronized while living in Mexico for a few years, and certain dishes on the menu come from family recipes, including “Dona Nena,” a taco with potato, chorizo and refried black beans made with a recipe by her husband’s late grandmother. The food at La Catrina is the type that Segoviano eats with her family, she told the News and Tribune in December 2018.

Tacolicious To Go, 11 W. Market St., is a recent addition to downtown New Albany’s ethnic food scene. Customers at the quick-service taco shop can choose from meats such as steak, chicken, chorizo and pork with a variety of other toppings for an authentic taco, and the restaurant also serves iced Mexican drinks such as mangonadas and horchata.

A few Southern Indiana restaurants present bold, spicy flavors from the Caribbean islands. In Jeffersonville, Reggae Reds offers Caribbean-inspired fast food, including chicken and shrimp with jerk spices and sides such as yams and plantains, and Naila’s Caribbean Cuisine in Clarksville brings the diverse flavors of Trinidad to Southern Indiana. Owner Nadia Jones moved with her family from Sangre Grande, Trinidad to Louisville in 1970, and she started the restaurant in 2016 with her mother, Naila, as the main chef.

Naila’s menu features flavorful foods such as beef patties in pastry, doubles (fried dough with curried chickpeas), stewed meats, curry dishes, fried fish and more. Jones told the News and Tribune in 2016 that she wanted the restaurant to feel like one of her Trinidadian family meals where “everybody’s just kind of eating, getting full and just enjoying each other’s company.”

Aladdin’s Mediterranean & Middle Eastern Cuisine in downtown New Albany is a family-owned restaurant at 37 Bank St. that provides homestyle cooking with classic dishes from the Mediterranean. Owner Mike Sajaja, who is originally from Jordan, operates the restaurant with his family, and they serve food such as gyros, shawarma, kebabs, falafel and hummus with both local ingredients and ones imported from the Middle East or Mediterranean.

Customers can also enjoy fresh baklava and Turkish coffee at Aladdin’s, and one corner of the restaurant features a “bazar and juice bar” with fresh juices, smoothies, homemade vegetable mixes and imported grocery items.

Dragon King’s Daughter started with its original location in Louisville, but at its second location at 129 E. Market St. in New Albany, owner Toki Masubuchi has offered even broader taste of Japanese cuisine at the Asian fusion restaurant. In addition to a wide selection of sushi, patrons at the New Albany restaurant can enjoy robata, or a Japanese style of grilling, in its lounge area.

In September 2016, Christine and Peter Kim opened Kim & Bab Korean Bistro at 3012 Charlestown Crossing Way in New Albany. The restaurant serves dishes such as bibimbap, a Korean rice dish with vegetables, a fried egg and sesame seeds, along with a variety of veggie and tofu dishes. The bistro also offers iced boba, or bubble tea.