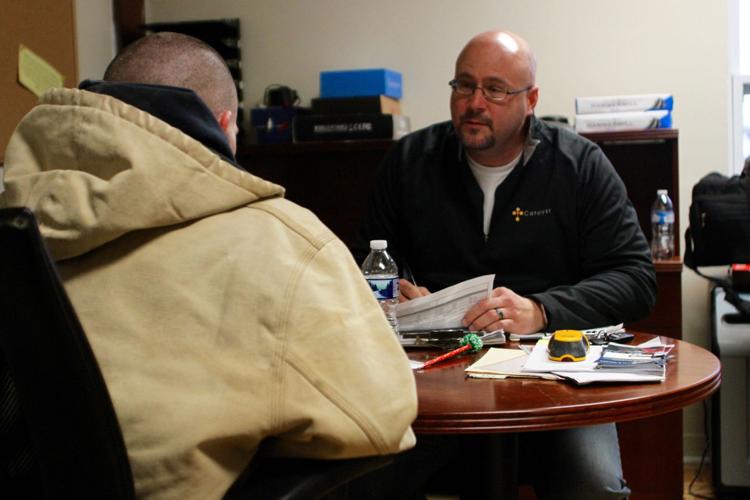 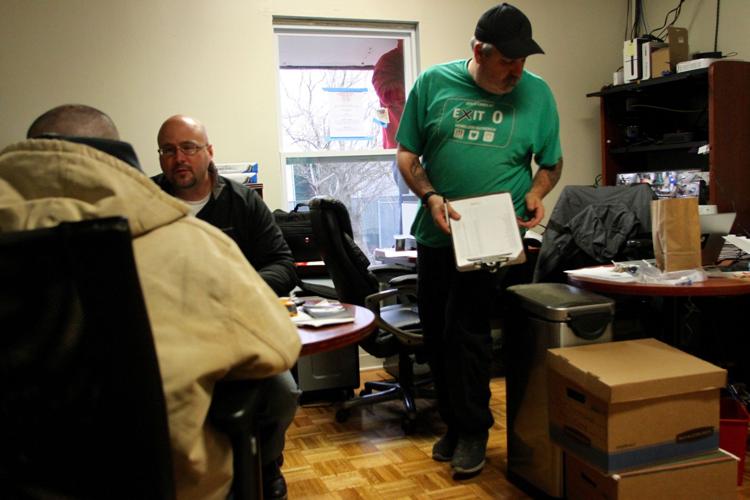 Groups like Catalyst Rescue Mission and Exit 0 are tracking local homeless numbers as part of a national Point in Time count to ascertain the number of people without housing.

Groups like Catalyst Rescue Mission and Exit 0 are tracking local homeless numbers as part of a national Point in Time count to ascertain the number of people without housing.

That figure balloons into the thousands when all 91 of Indiana's counties are included. The living situations of these individuals can vary greatly, ranging from sleeping on the streets to emergency shelters.

To best serve the homeless population in the region and the state as a whole, the Indiana Housing & Community Development Authority (IHCDA) oversees the Point-in-Time (PIT) Homeless Count each year. Officials divide the state into 16 regions and designate a day for outreach organizations and volunteers to collect data on the number of homeless individuals and their particular circumstances.

For 2020, the count was officially slated for Wednesday.

“The state does the PIT count to find what kind of numbers each region has," said Jessica Floyd, homeless and housing programs manager at LifeSpring. "That helps them know what each region is dealing with and finding out what kind of funding is needed. It also helps with developers who want to team up with agencies who want to bring more housing to our area.”

On Wednesday morning, a number of local groups — including Haven House Services, the Nomad Church Collective, LifeSpring and the Center for Women and Families — began working toward finding 2020's total.

Paul Stensrud, director of Exit 0 and shelter manager at Catalyst Rescue Mission, said that he and Catalyst executive director Jim Moon started the process of tallying the shelter's occupancy at 9 a.m., with work stretching until around midnight. To figure out how many homeless people are living unsheltered — meaning they live in public places such as streets, parks, abandoned buildings or wooded areas — Stensrud moved his end of the operation to West Maple Baptist Church at 7 p.m.

“We had a good turnout," Stensrud said. "We’re still adding up some of these numbers and working on these applications. I should have a total [Friday]."

By Wednesday afternoon, Moon said more than 100 surveys had been completed at Catalyst. Stensrud described that number as high, though he noted attendance at the church was "fairly low," with cold temperatures likely playing a role.

“I had several new faces that I hadn’t seen before," Stensrud said. "We actually had two people come into the shelter late that night because of the outreach. That’s why it’s important to have people out meeting others at their needs.”

In Jeffersonville, Stensrud said there are a couple of fixed locations where unsheltered individuals tend to stay. He said about 40 people who live on the streets are served by the mission every Sunday. Outreach representatives also take time to deliver snacks and other necessities to them.

Getting a feel for how many homeless people are living unsheltered is a little more difficult in Clarksville and Floyd County, with Stensrud noting a "spike" in the latter.

"The numbers have been increasing from what we’ve seen," he said. "The problem with the unsheltered people in Floyd County is they’re sometimes in abandoned buildings. Clarksville is the same situation. Tent locations don’t stay up long. We know there’s an increase, because as we’re giving out supplies, we’re asking where they are. We’re working with them, so we know they’re on the streets."

LifeSpring's Floyd, who also serves on the board of the Homeless Coalition of Southern Indiana, said that an increase in the number of homeless individuals has also been found in the region's outlying counties. Her team has pushed to get more accurate totals in those areas recently.

"It’s hard to get some of our rural counties," she said. "We’ve been focusing out there, because they often get overlooked. We’ve been talking to a lot of our contacts in those counties. We’re seeing where they’ve heard the homeless are located. We’ve been trekking through the woods, railroad tracks and parks."

In addition to the quantitative data, Floyd said that learning about the circumstances faced by each individual is also an important part of the count. To find out details about each homeless person, a short survey is administered.

Questions deal with the duration of homelessness, how many times an individual has been homeless in the last three years, and specific barriers faced by individuals — such as substance abuse issues or disabilities.

Survey work stretched into Thursday. Once all the figures are tallied from throughout the region, Floyd will send the information to IHCDA. An official figure on how many homeless individuals are in each county will then be released later in the year.

Though the number is not yet known, Stensrud said he believes the actual number of individuals living on the streets will probably be much higher than what's included in the report.

"We’re only looking at one or two days, and they're some of the coldest days," he said. "A lot of times, people will go into a hotel for a day, but then they’re back on the streets. I don’t believe it’s an accurate number. If we’re going to do it, let's do it in the summertime."