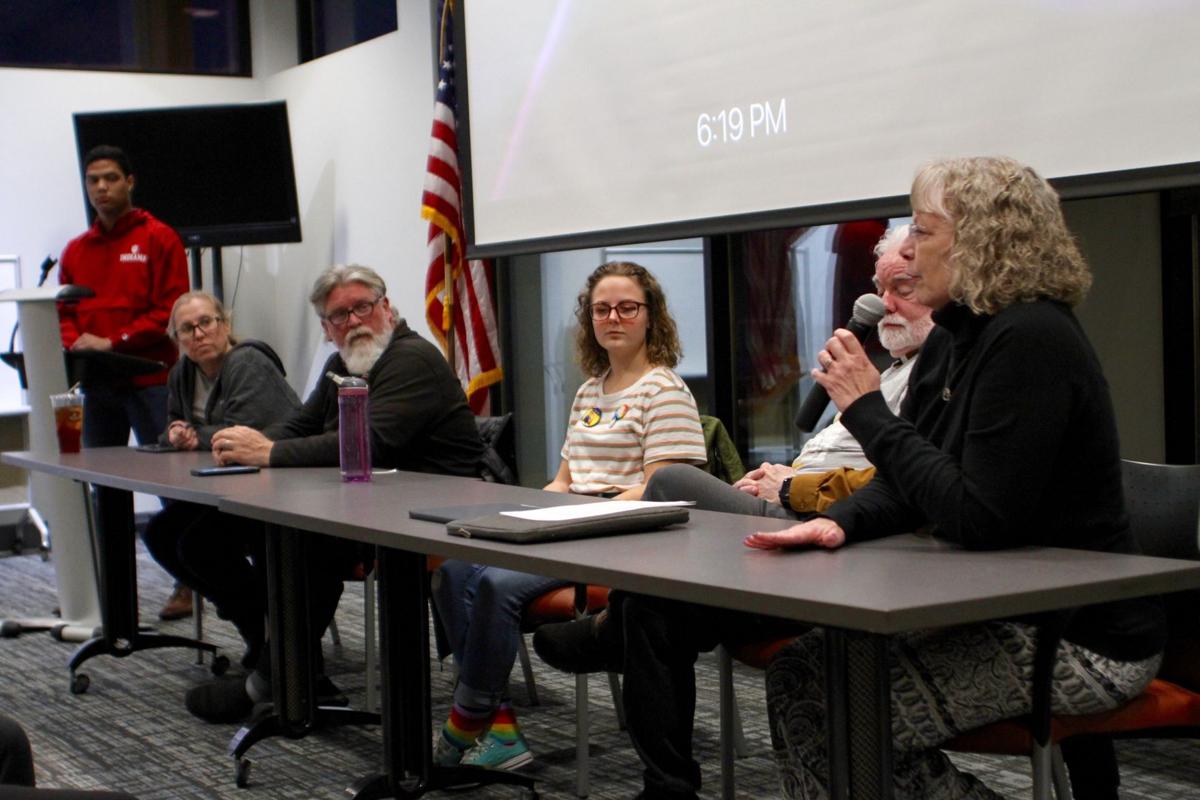 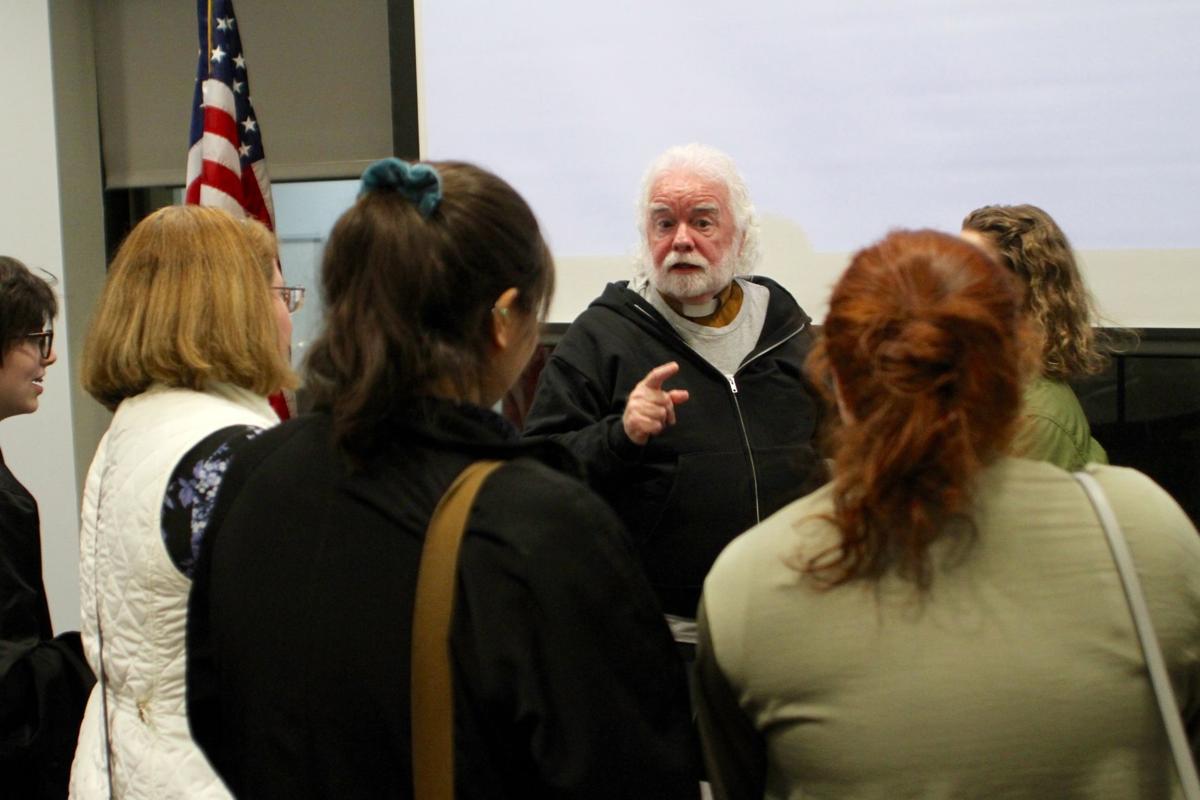 Pastor Mick Finch of Community Presbyterian in Leavenworth spoke to attendees of Southern Indiana Pride's town hall about the importance of acceptance during his comments in support of a fairness ordinance in Jeffersonville.

Pastor Mick Finch of Community Presbyterian in Leavenworth spoke to attendees of Southern Indiana Pride's town hall about the importance of acceptance during his comments in support of a fairness ordinance in Jeffersonville.

On one side, there was Pride, its founder Evan Stoner and a panel of five community members speaking publicly about how a fairness ordinance to prevent discrimination toward LGBTQ people in Jeffersonville would benefit their specific sectors. Representatives included a student, a local business owner, a retired teacher and a Presbyterian pastor.

After each panel member answered questions from Stoner, who led the discussion, it was time for public input.

Enter a small group of citizens who questioned the implications of a fairness ordinance. Their concerns included the potential for such a code to unfairly target small businesses and how it could infringe upon their religious beliefs.

While tempers flared momentarily, a calm came over the crowd of roughly 30 people shortly thereafter, as those in attendance pushed for a constructive dialogue and understanding. In the end, all parties stayed for the full duration of the event, and even engaged in friendly conversation upon its conclusion.

“We did get pushback, and pushback is OK," Stoner said. "That is the contest of ideas. That is the beauty of America — to have people with different beliefs be able to still live together in harmony. We wanted and expected people to be here that were for and opposing."

Stoner praised the deescalation, noting that he was proud the event didn't go "off the rails completely." After all, he sees what happened Wednesday evening as a small taste of the battle to come during the campaign.

The town hall was just the first step in Pride's push for the fairness ordinance. Its purpose was to begin the process of garnering public support.

Both sides of the debate were welcomed by Stoner, as he views each argument as an important factor in how the campaign progresses.

“This event today and the campaign we are running is about bringing people together," Stoner said. "It’s about building bridges in our community. It’s not about tearing anybody down. It’s not about shoving anything down somebody’s throat. It’s about listening and really having a community-wide conversation about discrimination and why it’s important that we document that we are a fair city."

Katie Dorman, president of the Gay-Straight Alliance at Jeffersonville High School, said that she is working to set the foundation for her fellow students to feel secure in who they are, with the alliance having increased to roughly 25 active members recently.

By joining the panel at the town hall, Dorman said her hope was to make the voices of her generation heard.

“It’s important for the youth to have our voice," she said. "It’s time for us to be heard. My ultimate goal tonight is to have more people be open to the idea of having more fairness toward everybody. Not everyone is aware that everybody doesn’t have equal rights in Indiana. My goal is to spread awareness."

Lincoln Crum, who deals in real estate and auctioneering in Jeffersonville, said he has known Stoner for quite some time. When he learned that Stoner was pushing for the fairness ordinance, he said that showing his support by sitting on the panel as a small business owner and self-proclaimed ally of the LGBTQ community was the least he could do.

Seeing young people like Stoner and Dorman show so much passion for a cause, Crum said, motivated him to get similarly "fired up" for the ordinance.

“I’m signed on," Crum said. "I’m here to make sure we get a fairness ordinance passed in the city. I don’t care how long it takes us… We’ve got to be fair to everybody. It’s that simple."

From here, Stoner said he hopes to mobilize supporters more actively. He also has plans to meet with Jeffersonville City Council President Matt Owen and other council members Friday to discuss his goals for the ordinance.

In 2016, another effort led by Stoner to push a fairness ordinance through the council failed. This time, he would like to see a different outcome.

“With how the timeline is looking right now, it looks like we’ll have something put up on the city council by May," Stoner said. "The goal would be to have it all set, passed and signed by the mayor by June 5.”

Though no city council members were in attendance, Jeffersonville Fire Chief Eric Hedrick lent his support to the cause at the end of the event.

"We don’t discriminate when we go to put out a fire," he said to the crowd. "I think that should be the model for all businesses... Everybody should be treated the same."