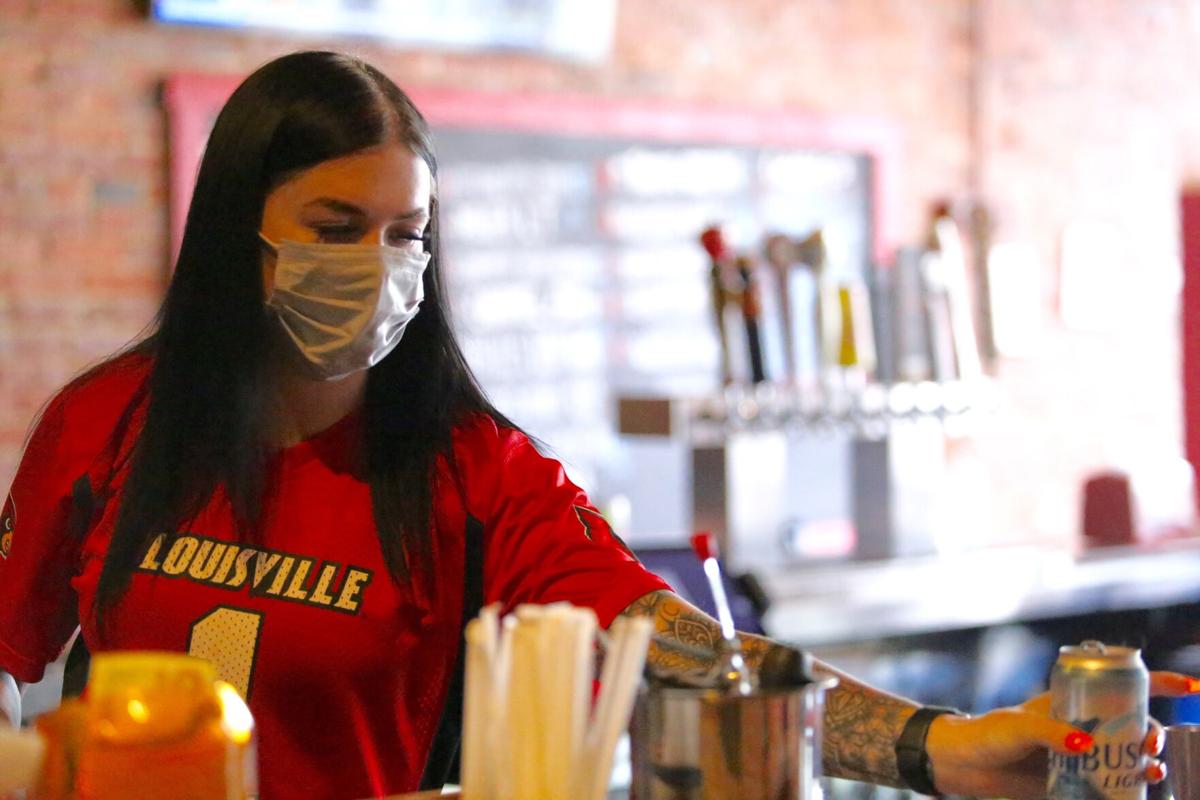 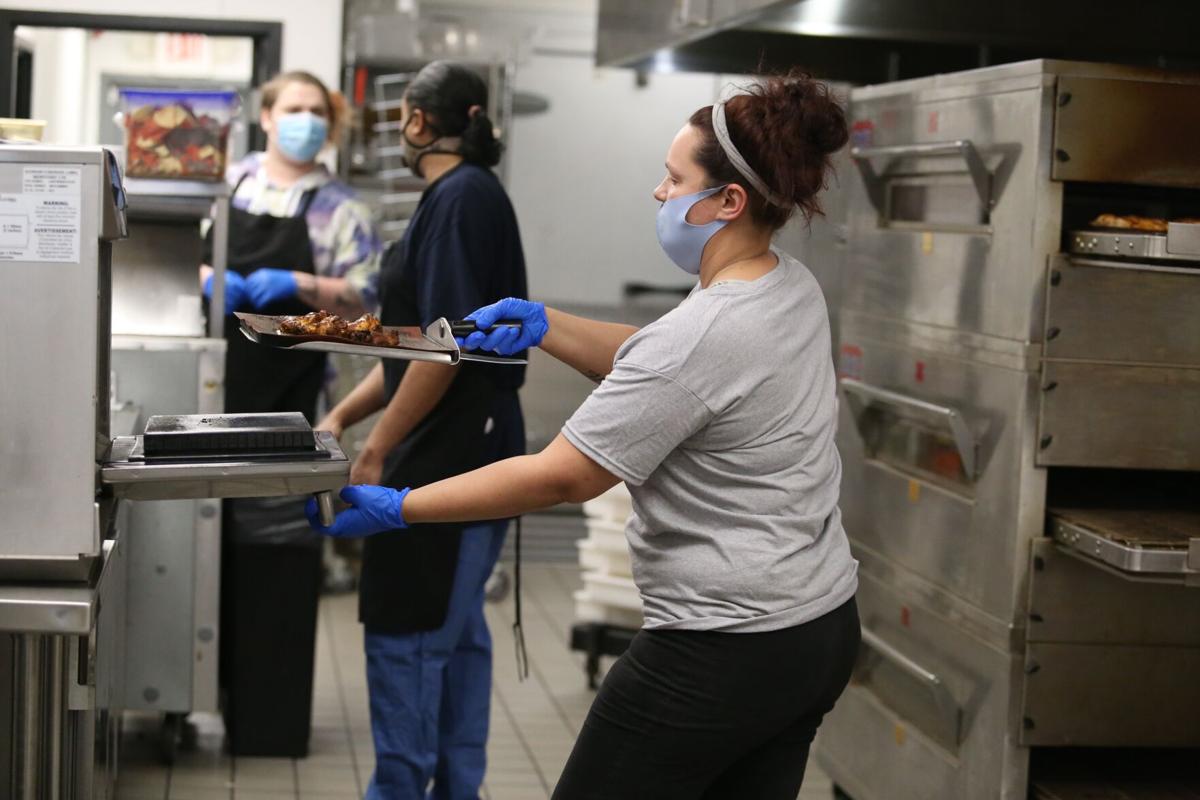 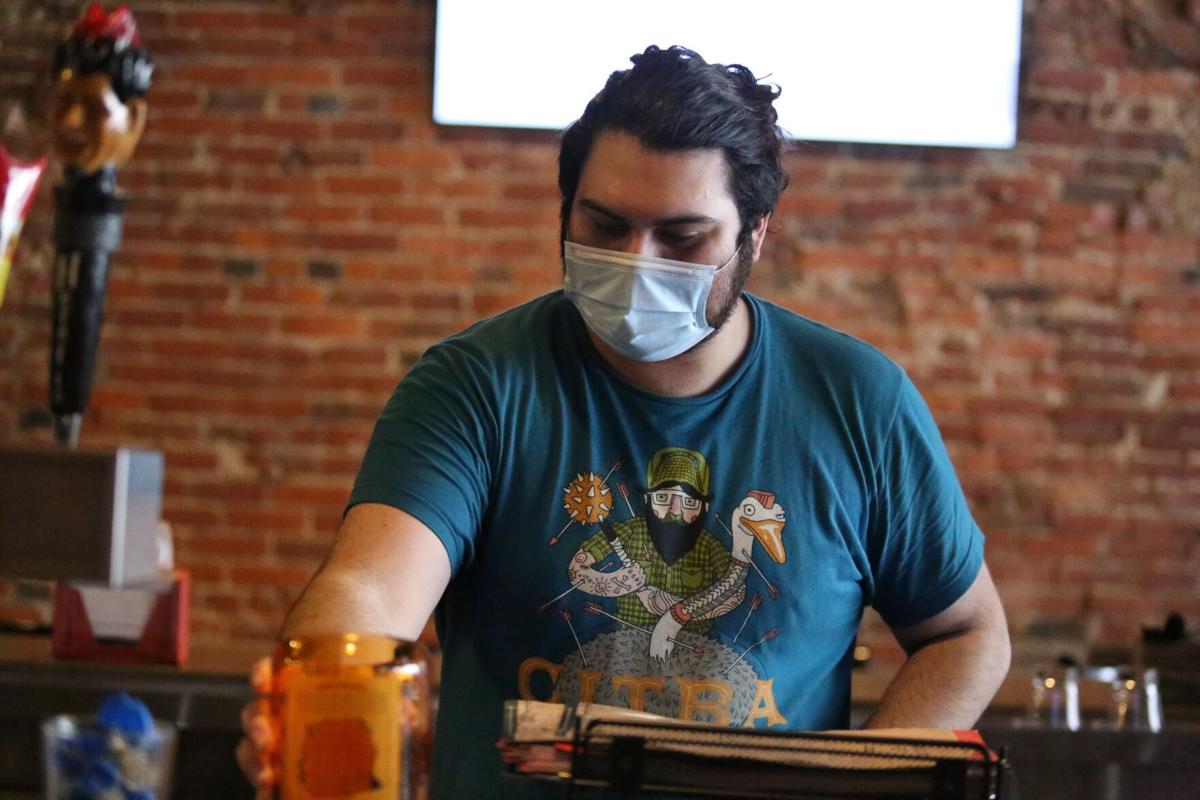 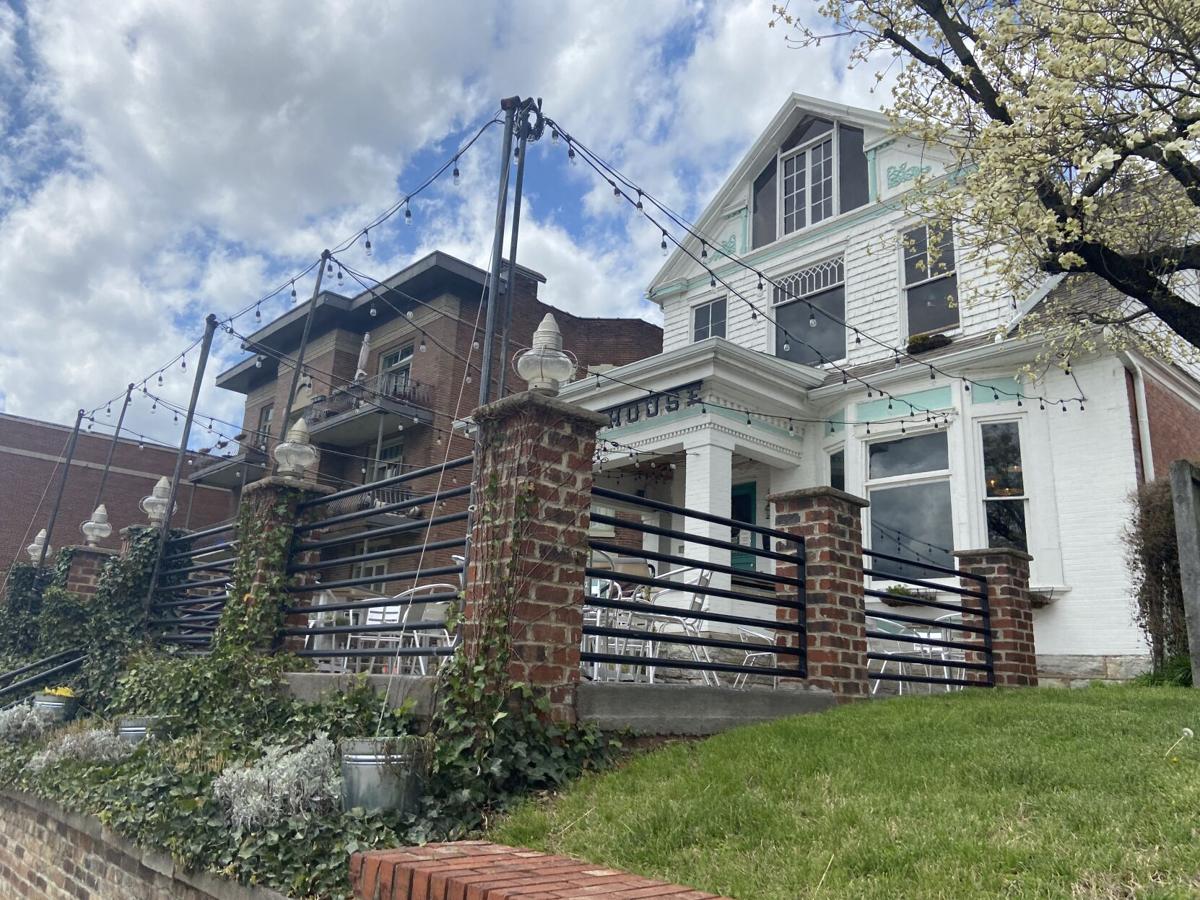 Portage House in Jeffersonville is temporarily closed because of a staffing shortage. 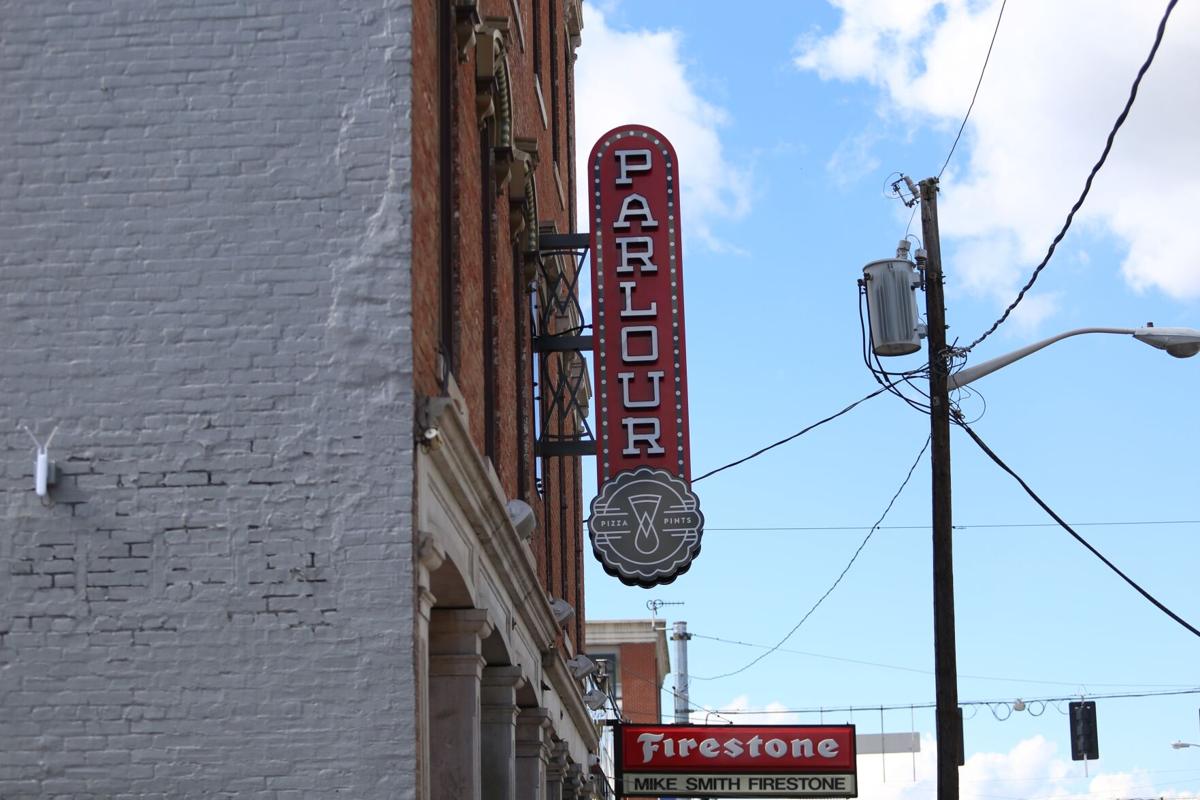 Portage House in Jeffersonville is temporarily closed because of a staffing shortage.

SOUTHERN INDIANA — Many local restaurants are struggling to find enough workers, making it difficult to keep up as they see increased business this spring.

Restaurants across Southern Indiana are facing challenges due to understaffing, and job openings often remain unfilled.

Portage House, a downtown Jeffersonville restaurant along the riverfront, announced last Friday that it was temporarily closing because of a staffing shortage.

Owner Dallas McGarity said the restaurant has been trying to hire more employees since the start of the year, and even when they set up interviews, applicants typically aren’t showing up.

“One day, 10 interviews were scheduled but only one person showed up,” he said. “That’s crazy.”

McGarity said sales tripled from February to March, and it got to the point where staff couldn’t keep up. There are only four staff members now at Portage House.

He said the restaurant is now receiving applications “like crazy” as people realize they are hiring, but he had not hired anyone as of Thursday morning.

He said he hopes to reopen Portage House soon but has not set a date.

Max Bloom, owner of Parlour Pizza, said that between the New Albany and Jeffersonville locations, they could use another 20 employees for both the front and back of the house.

“A lot of restaurants are opening back up, and people are getting out now that COVID is starting to be put in the rearview mirror,” he said. “Restaurants are very busy and very understaffed.”

Staffing has become more of an issue as business increases during the warmer weather, and it’s been a struggle for the past 90 days at the New Albany location, he said.

Parlour is receiving some job applications, but Bloom is also finding that people aren’t showing up for interviews.

“You take the time to call an applicant and set up an interview, and they don’t show up,” he said. “That happens more times than not.”

The staff at both Parlour restaurants now are “working their butts off,” Bloom said.

“You don’t want your employees to work to the bone, but they are, unfortunately,” he said.

Beau Kerley, owner of Tucker’s American Favorites in New Albany and 812 Pizza Company in Georgetown, said he needs employees at both restaurants.

Tucker’s has 11 servers, but they need about 21, and 812 Pizza needs four or five servers but only has one full-time and one part-time server.

Kerley said 812 Pizza is offering incentives such as a $300 bonus for fulltime servers who stay on for at least a month.

Last week, 812 Pizza had to switch to carryout-only because there weren’t enough servers, he said, and the restaurant likely will have to do carryout-only again this Friday and Saturday.

Both restaurants are even busier recently than they were before the pandemic, Kerley said.

He is starting employees at a 20% higher salary than before the pandemic to remain competitive, noting that many companies have increased their starting wage.

“We used to start people off at $11 an hour to see if they were good or not in the kitchen, and now we’re starting some at $13, $14 bucks an hour, and someone with good experience can make more,” he said.

If these problems persist, Kerley is considering eventually moving to a self-serve kiosk service at 812 Pizza.

“If this is going to be a longterm problem, we’ll have to change our business model,” he said.

Kerley is also planning to reopen full-service at The Standard Plate & Pour, a downtown New Albany restaurant that closed during the shutdown before reopening for limited events only.

He was hoping to reopen the restaurant in early April, but the plans are on hold until the other restaurants are fully staffed.

McGarity said he believes part of the reason for the staffing shortage is people leaving the restaurant industry during the COVID-19 pandemic to pursue jobs in other fields.

“I think a lot of people decided it is more stable to find something with regular hours,” he said.

Some people also might not feel safe coming back to work in the service industry during the pandemic, McGarity said.

Bloom said the staffing shortages so many restaurants are facing are likely related to a “perfect storm” of factors.

He believes people continuing unemployment benefits could be contributing to the staffing shortages, but he thinks a bigger factor is the trend of people leaving the restaurant business.

“It’s always been a challenge with staffing, but pre-pandemic we were looking at one to two people at a time, and everyone at the same time is looking for five to 10 [employees] and fighting over a very small labor pool,” Bloom said.

Uric Dufrene, Sanders Chair in Business at Indiana University Southeast, said labor force availability might be one of the biggest obstacles to overall economic recovery from the pandemic.

“A restaurant cannot expand or be at 100% capacity if a staff is not available, just as a manufacturer can’t add production lines if workers are not available,” he said.

Judie Faye Goode, 82, entered eternal life on Thursday, May 6, 2021, at Maple Manor Christian Home. She retired from Superior Print and was a member of the Sellersburg United Methodist Church. Judie was preceded in death by her husband, Robert Goode, parents, Shelley and Bertha Killen, siste…