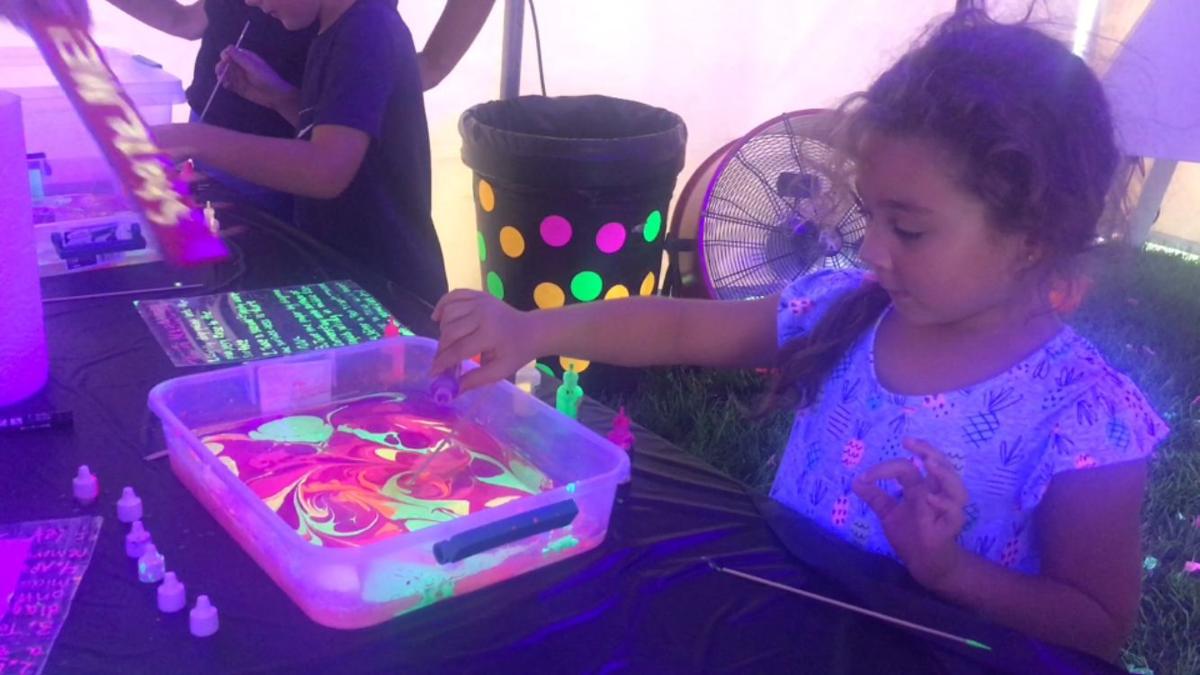 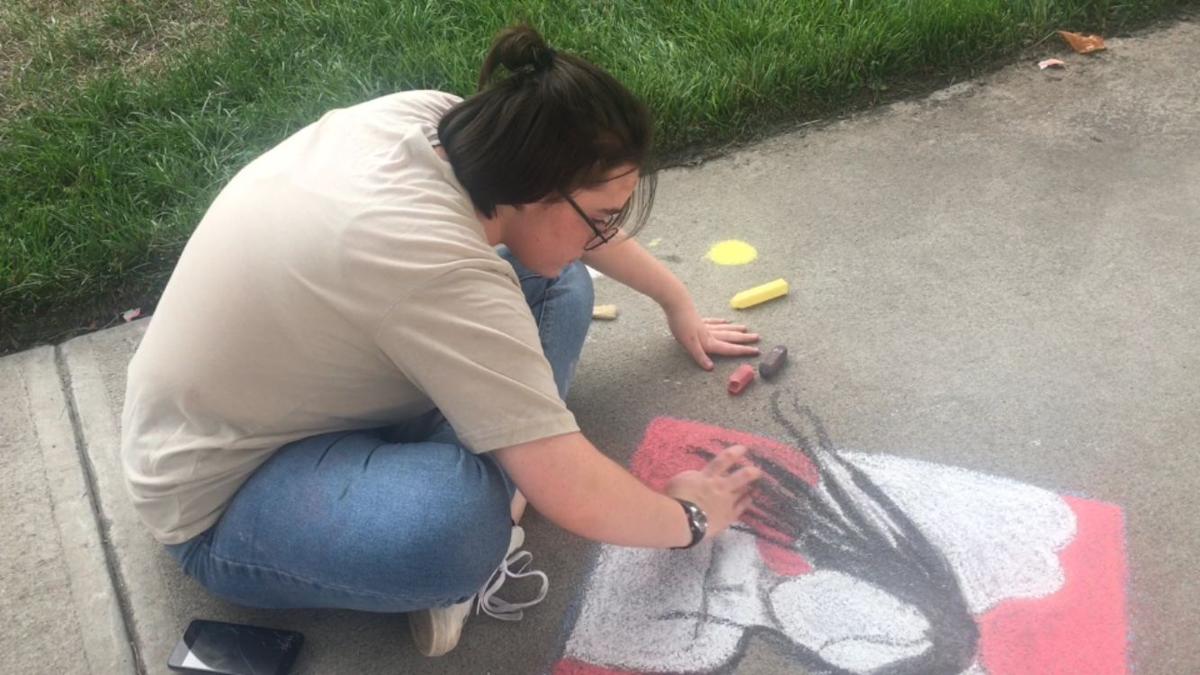 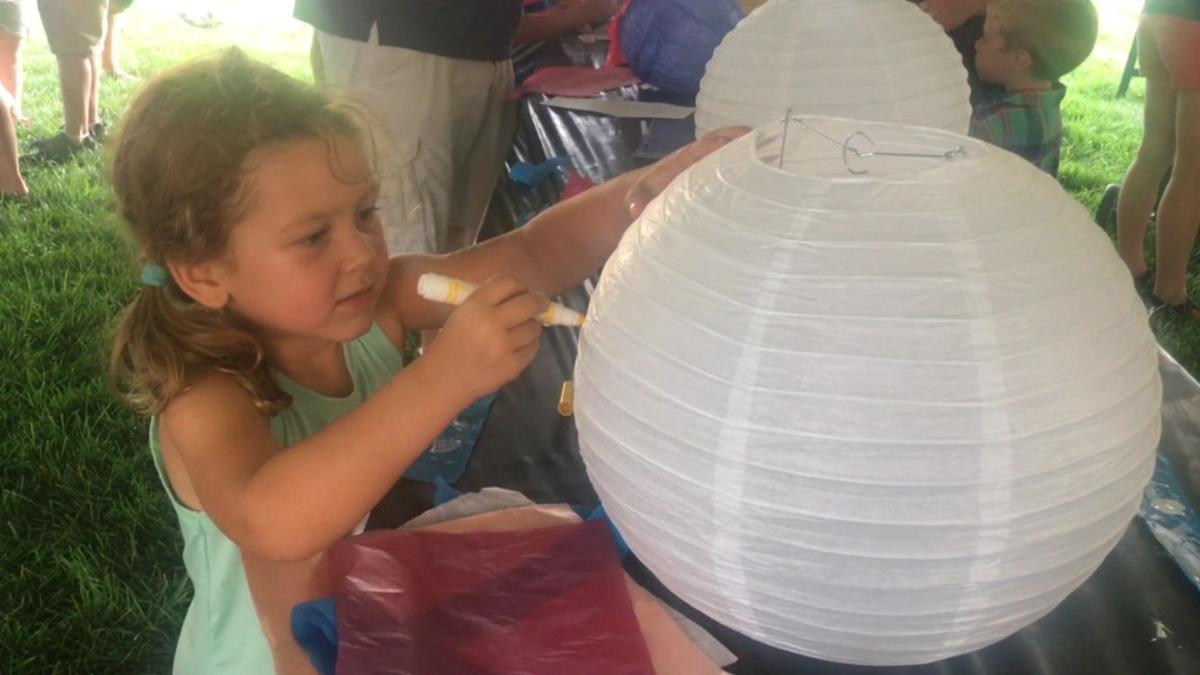 Marie Stephan uses a marker to decorate a lantern Friday at Steamboat Nights in Jeffersonville. Lanterns from the workshop will be used for the festival's lantern parade Saturday at Big Four Station Park. 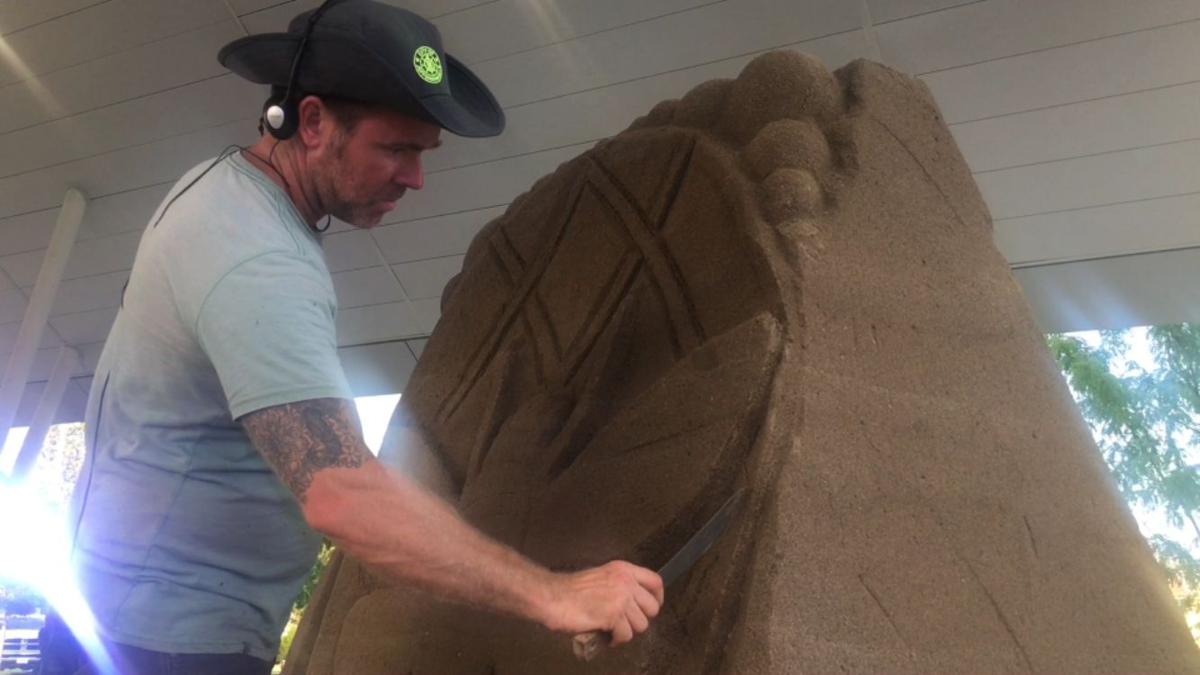 Joe Autry creates a sand sculpture of a cicada Friday at Big Four Station in Jeffersonville during Steamboat Nights. The festival featured a variety of public art events and demonstrations.

Marie Stephan uses a marker to decorate a lantern Friday at Steamboat Nights in Jeffersonville. Lanterns from the workshop will be used for the festival's lantern parade Saturday at Big Four Station Park.

Joe Autry creates a sand sculpture of a cicada Friday at Big Four Station in Jeffersonville during Steamboat Nights. The festival featured a variety of public art events and demonstrations.

JEFFERSONVILLE — The Big Four Station in Jeffersonville was glowing even more than usual Friday as the city celebrated an evening filled with art and light.

The festival, which is presented by the City of Jeffersonville's Parks Department, started in 1973 as Steamboat Days, and in recent years, it was transformed into an night festival. Sarah Simpson, the city's special events and RiverStage manager, said new activities this year include a silent disco and a blacklight art tent. One of her favorite events is the Fire and Magic Spectacular, which features fire dancers.

She was also excited about the lantern parade, which will take place Saturday. The Jeffersonville Arts Alliance is presenting workshops Friday and Saturday for people to decorate lanterns, and attendees will carry the lanterns around the park and on the sidewalks during the parade.

On Friday, glowing hot air balloons lit up the sky during the balloon glimmer. Another event included the Twinkle Chalk Walk, a contest where people created their own chalk art within small squares.

Amber Ridings, assistant director of the Jeffersonville Parks Department, said Steamboat Nights features a variety of free activities for kids and families all over the park.

"Anytime you can bring a family to an event and do it for free is a plus," she said

Since the festival has transitioned to nights at Big Four Station, organizers wanted to make it a "big glow event," Simpson said.

"This park is so beautiful at night with the bridge lighting up, so we wanted to show off this park at night," she said.

Steamboat Nights is a way for Jeffersonville to celebrate its heritage, she said, and in recent years, there was a big interest in bringing that tradition back. In the past, it was more of a booth festival, but it now is more focused on an "art experience" with interactive activities and public art, Simpson said.

"It's kind of the end to the summer season," she said. "We've done the RiverStage all season, and this kind of caps off the big finale for us," she said.

New Albany resident Jill Hornung attended the event with her 7-year-old son, Jack, who decorated a lantern at the festival's workshop. She used to attend Steamboat Days, and she enjoyed the variety of creative activities available for families at this weekend's festival.

"I think it's a great family-friendly event," she said. "I think it's just the fact that it involves so much art — there are a lot of art options for the kids."

Sorry, there are no recent results for popular articles.