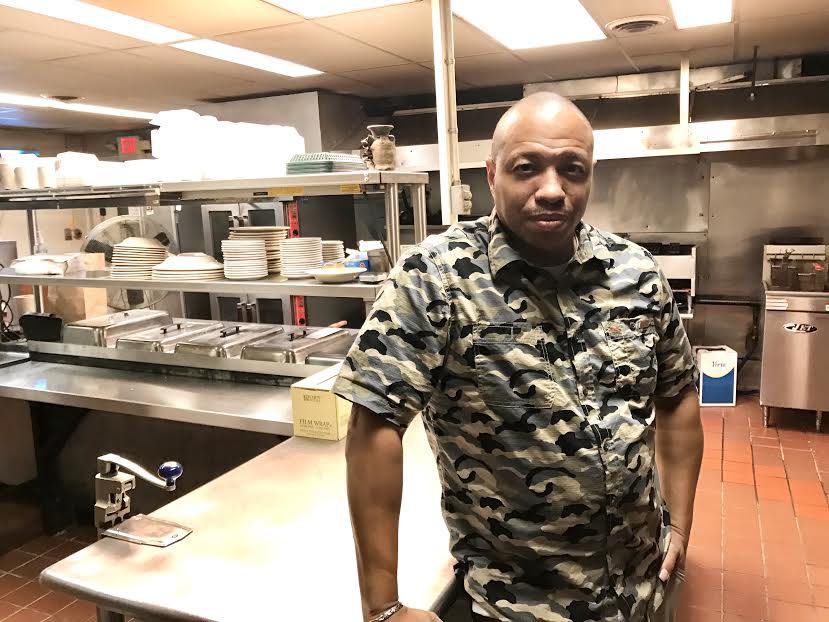 Despite having his smoker stolen less than two weeks before his grand opening, Lafond Wright will open the doors to the Wright House Barbecue & Eatery on Dec. 15. 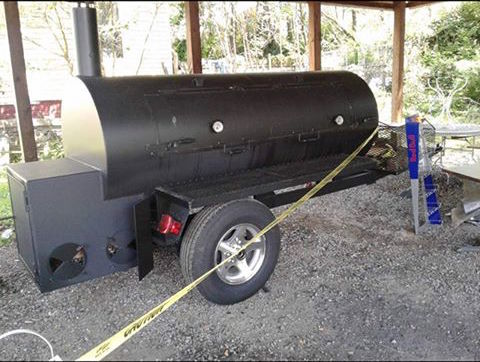 Lafond Wright is asking the public to be on the lookout for his Lang smoker, which was stolen from his restaurant Dec. 4.

Despite having his smoker stolen less than two weeks before his grand opening, Lafond Wright will open the doors to the Wright House Barbecue & Eatery on Dec. 15.

Lafond Wright is asking the public to be on the lookout for his Lang smoker, which was stolen from his restaurant Dec. 4.

NEW ALBANY — Everything was moving along just fine for Lafond Wright as he prepared to bring his barbecue operation to New Albany.

An opening date for the Wright House Barbecue & Eatery at the New Albany Roadhouse — located at 1702 Graybrook Lane — was set for Dec. 15. The same day one of his advertisements was printed just 11 days before the grand opening, a nightmare scenario unfolded.

Wright — also known as the "Boss" to those who've eaten his food — left his prized smoker behind the establishment while he unloaded inventory one day, taking what he thought was plenty of measures to ensure it'd stay put.

“I figured it would be alright if I chained it up and padlocked it," Wright said. "I did that, and when I went back to go get my smoker and chain it down here, it was gone.”

It only took one night for the "one-of-kind" Lang smoker worth $6,500 to disappear. Wright has a hard time coming up with the exact word for how he felt. Disgusted, frustrated and sad all come to mind.

Regardless of the specific emotion, it was an overall horrible experience.

“It was the cornerstone of my business," Wright said. "I don’t use no charcoal lighter fluid. It’s all wood. The flavor, you can’t replicate the way I do it.”

Since the smoker was taken, Wright has been hard at work tracking it down. He's currently offering a $500 reward for its retrieval. Some tips have come in, including a promising one early Friday.

Making the process easier has been the support Wright's received from the community. Multiple posts have been shared across social media on his behalf. People from as far away as West Virginia have sent their well-wishes.

To top it all off, Kemper Foods loaned Wright a Lang smoker to work with until he gets his back or replaces it. Though it's not his "baby," Wright said he'll do just as well with it.

“It’s been tremendous," he said of the community outreach. "The love and support has given me the will to push forward and make it happen on the 15th.”

When he opens his doors in just over a week, Wright will start dishing out his specialties to the community. Barbecue is a game he's been in since he was about 13 years old. His grandfather owned a hog farm off of Cane Run Road in Louisville, where Wright began pit smoking.

In that time, he's developed a craft that has earned him a reputation as a top-notch pit master.

"Just like my Boss Brisket, if a knife doesn’t fall through it, it wasn’t done by the Boss," Wright said. "My saying is good barbecue is a rare commodity, but great barbecue is by the Boss... I don’t like to toot my horn, but I feel like I’m one of the baddest men alive when it comes to smoking.”

Topping the list of his offerings is his signature "Boss Sauce," named after the cooking persona he adopted over the years. Like the sauce, everything in house is homemade, from the baked beans to the cole slaw.

Once New Albany residents get a taste of his dishes, Wright is convinced they'll fall in love.

“Finding a great barbecue place is like finding a great hairstylist," he said. "You don’t want to let me go. The food is going to be consistent. I want that consistent flavor where they can come here if they don’t feel like cooking and they just want some soul food. If they can’t make it to their grandmama’s they can come here and get some of the best barbecue and soul food around.”

A GoFundMe has been launched to help Wright purchase a new smoker, and can be found here.