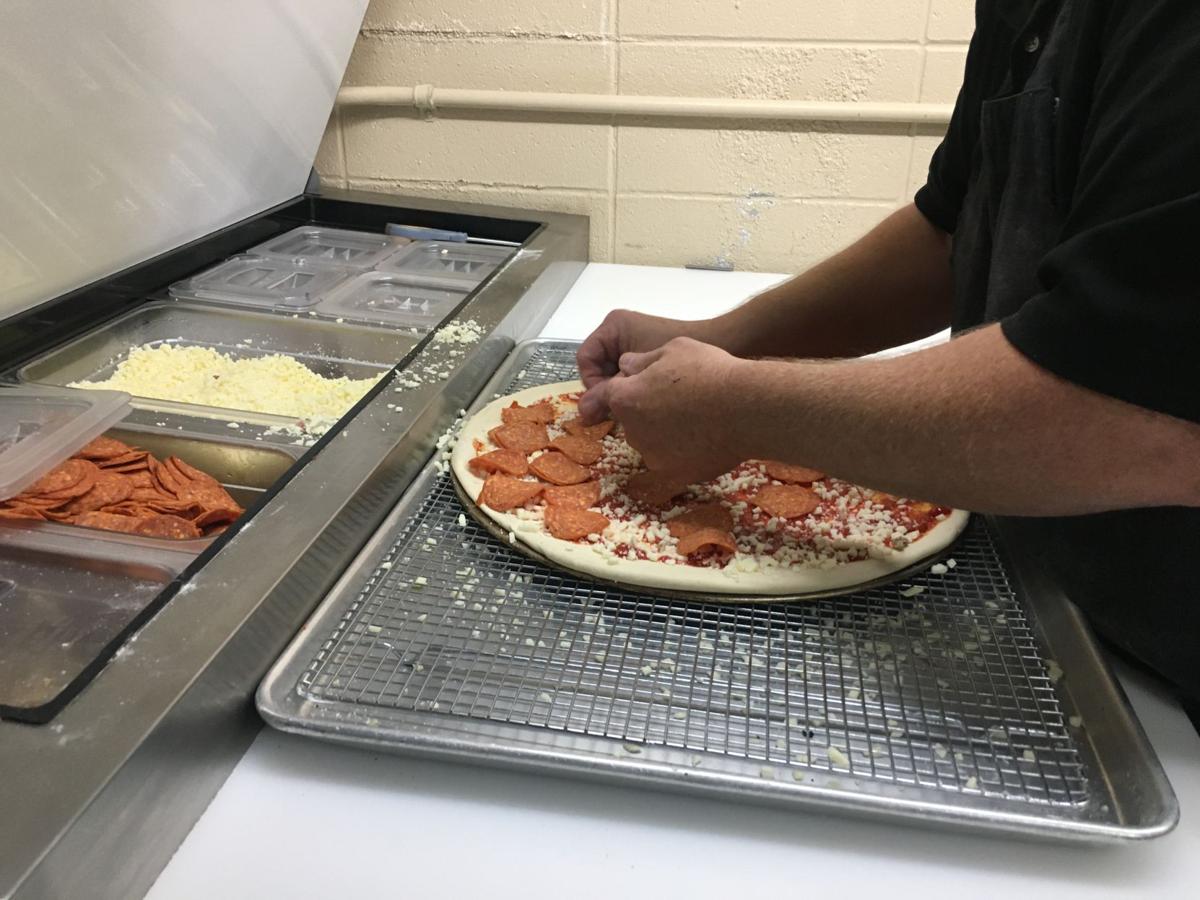 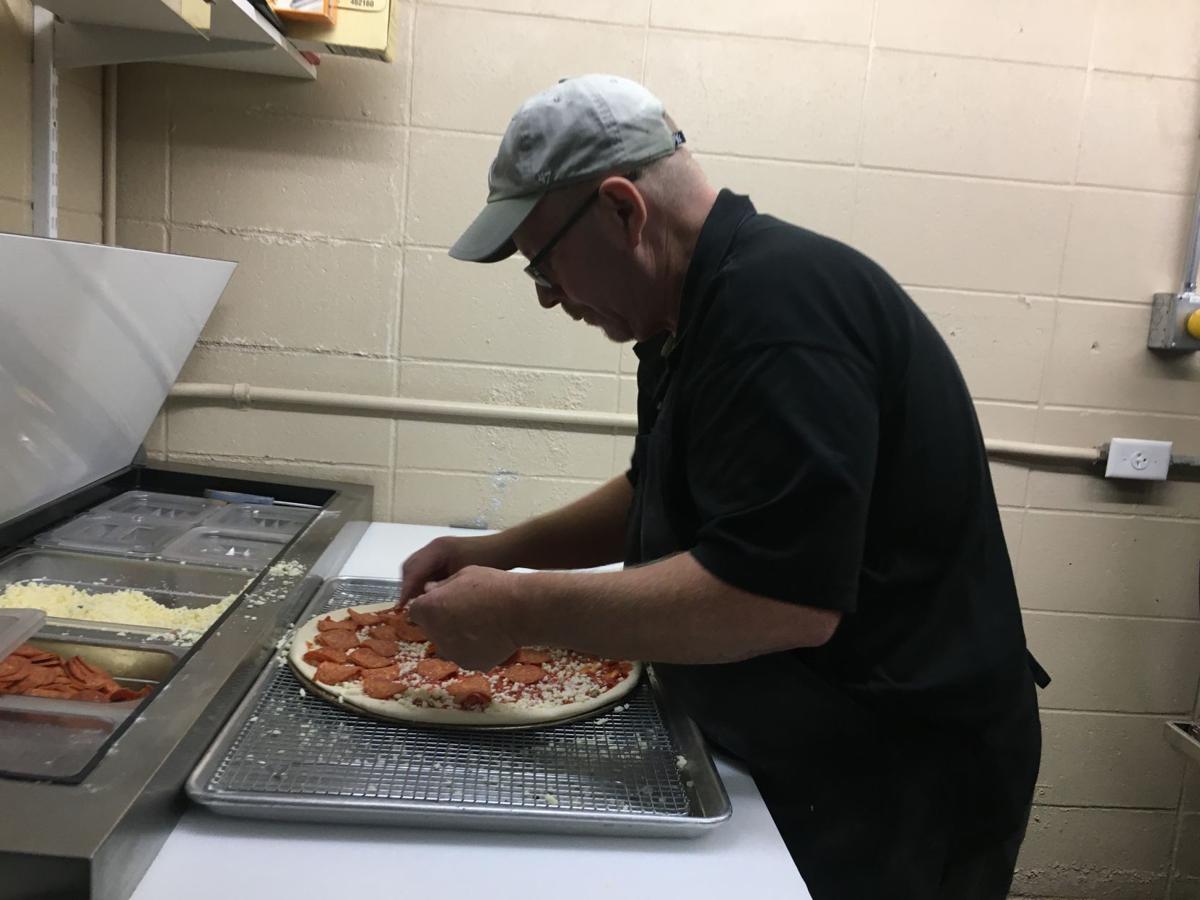 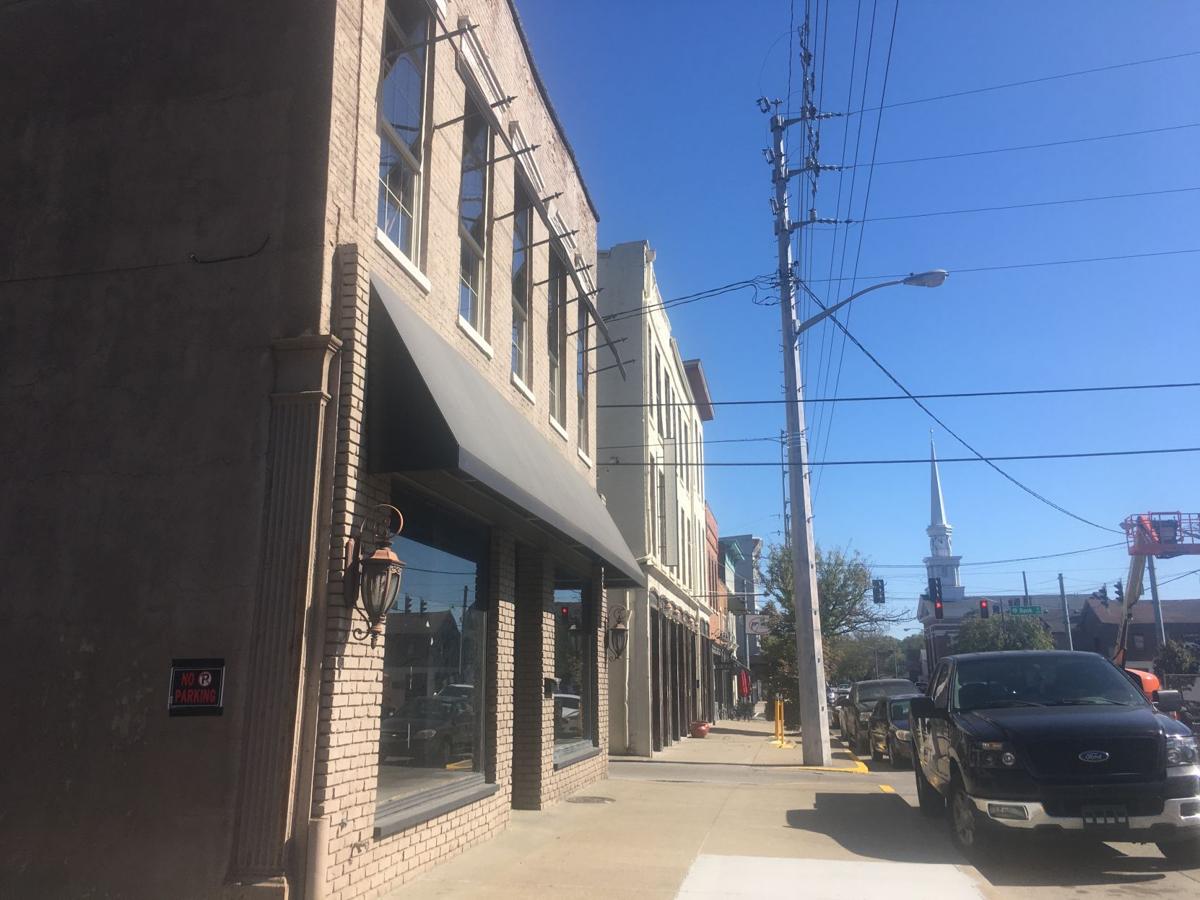 NEW ALBANY — New Albany's charitable pay-it-forward pizzeria will soon have a new home in the center of downtown, where it hopes to expand its outreach to community members in need.

8th Street Pizza, currently located at 800 E. 8th St., will soon move to 141 E. Main St. The pizza place was started three years ago to support Clean Socks Hope, a faith-based nonprofit which serves New Albany's Midtown neighborhood, and it quickly turned into a "pay what you can afford" restaurant that offers meals for community members who are low-income or homeless.

The pizza shop is currently only open Wednesday through Friday for limited hours, but in its new location, it will be open for around five to six days a week, and it will offer late-night pizza by the slice. These expanded hours will benefit those in New Albany's underserved communities, including the homeless who are in downtown New Albany, according to Jeff Minton, executive director of Clean Socks Hope and general manager of the pizza shop.

"When the underserved community is out, and sometimes with no place else to go but to walk the streets, they have a place to come that's safe," he said. "They can grab some slices and be OK for a little while and get out of the heat and/or the cold."

As 8th Street Pizza moves into its new downtown location, he expects much larger customer base that will "quadruple our footprint in the community." It's probably the best location in New Albany, he said, particularly since it's across from new city hall and sees heavy foot traffic. He has also seen plenty of support from the downtown restaurant community.

"What it allows us to do is to just be closer to the folks in need, and also, we have this great restaurant community in the city that is exploding, and everybody, frankly, has been wonderful and community-minded and oriented," Minton said.

The pizza shop, which offers New York-style pizza, will offer individual slices for sale, which it typically doesn't offer at its current location. The new restaurant will also have a Share a Slice program. According to Andrew Nicholson, who manages marketing, social media and events for 8th Street Pizza, Share a Slice means someone can buy a slice of pizza for another person, and customers can take a receipt off a wall and grab a slice of pizza at no charge.

"Even if you're not homeless and you spent all your money at the bar, you can still sober up with a piece of pizza," he said.

Clean Socks Hope includes a variety of programs, including the pizza shop, the Christmas Store and the Midtown Neighborhood Network, a low-income food cooperative. As it branches out into its new location, 8th Street Pizza will switch to a for-profit restaurant with the same charitable model. The Midtown Neighborhood Network will also be housed with the new pizza place.

"What we started to do here, we'll continue to do there and just do it on a grander scale," Minton said.

With the new location, 8th Street Pizza will be able to hire more employees, and it will give the pizzeria "a real footprint in the community in a way that our ministry part could never have done," he said.

He hopes to flip the restaurant in 30 days, and while he doesn't have an exact opening date, they expect to move in by November.

According to Minton, the restaurant has seen $26,824.81 and 2,063 pizzas worth of "pay-it-forwards" over the past three years. 8th Street Pizza couldn't perform this mission without all the support from the community, he said.

Minton said it has been amazing to see the connections formed through 8th Street Pizza. He will see businessmen and lawyers enjoying meals with a homeless person and share a laugh, he said.

"The things that we see in the homeless community and the things that we see in the underserved communities is that everyone has a story, but very few people are willing to take the time to learn what your story is," he said. "So we tell our volunteers this — when you see someone that's obviously hurting, sit down with them and just ask them what their story is, because we're all experts on ourselves, but it takes time, and we think that's a very biblical and a very community way of doing things."

Nicholson said they are seeing an influx of homeless people who are mainly staying in downtown New Albany, and he hopes to reach more of that population with the new location.

"Not only will [the move] bring our old clientele and bring them with us, but now we will have more outreach," he said. "Truth be told, no one walks Midtown New Albany, but we now have a tourist spot where people walk downtown New Albany, and if we can have a place that we can point someone to when they're cold and hungry, instead of giving them money...we can turn around and feed them just down the road."