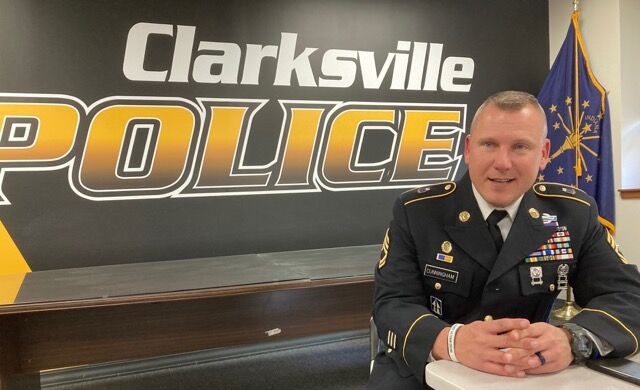 Clarksville Police Senior Patrolman Steve Cunningham has 16 years with the department and more than 20 in the military. He said he’s used those two roles to help better the other through continued education and experience. 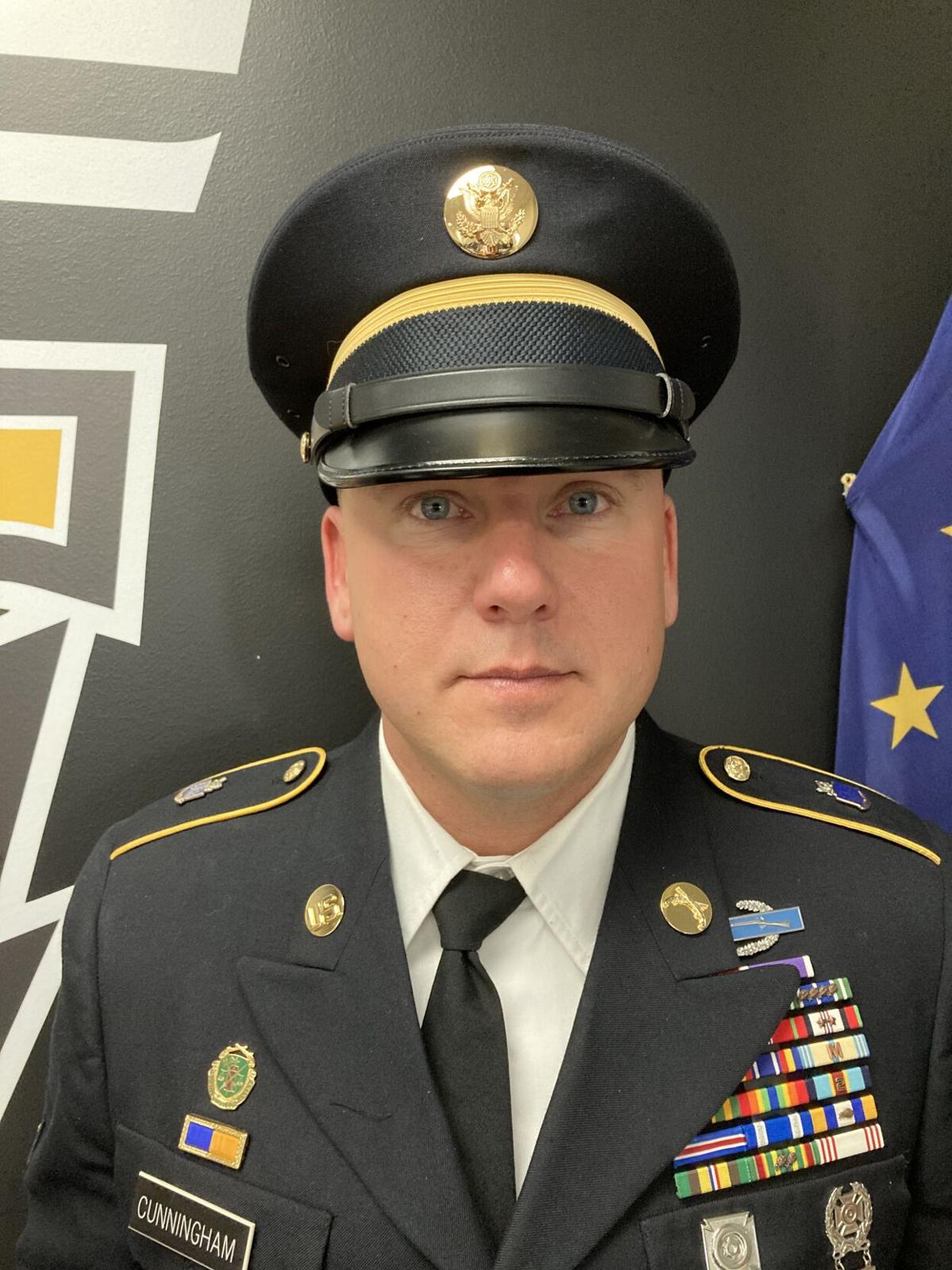 Clarksville Police Senior Patrolman Steve Cunningham has 16 years with the department and more than 20 in the military. He said he’s used those two roles to help better the other through continued education and experience.

CLARKSVILLE — Clarksville Police Senior Patrolman Steve Cunningham was in high school when he realized he wanted to pursue a career in law enforcement, and 19 years old when he decided to join the military.

In the following years of service, Cunningham built skills that he used to make him better in both careers.

It was 1994 when Cunningham, a Cincinnati native, joined the Ohio National Guard, serving three years before joining active duty for the next four. Two of those years were spent in Germany and two others in Fort Knox as an instructor.

“I just knew I wanted to join,” he said. Cunningham knew it would be a good, solid career choice and one that also afforded him a lot of opportunities to learn and grow as a person — to see the world, get a good education and make new lifelong friendships, all while serving his country. His grandfather, too, had served in the military in the latter part of World War II.

“At the end of the day it opened so many doors,” he said. “I still have friendships to this day of guys from 20 years ago that I stay in contact with.”

He would go on to later serve in the Indiana National Guard and retire in 2014 as a U.S. Army sergeant first class, E-7, with 20 and-a-half years.

Cunningham recalls the changes made in his life early on when he first went to basic training. He went into it with the confidence of a man in his early 20s — “Back in those days, I thought I couldn’t be touched; you feel invincible like a Superman,” he said.

But as he made the overnight trip from his hometown to Fort Knox on a Greyhound bus in the dark, “I was scared,” he said. “I felt like I was on the other side of the world. It took me away from my comfort zone — you look up at the stars and you think about your family and everything else.”

But it was a foundation that has been with Cunningham throughout his career. Although he was raised to earn everything he has, not everyone grows up with that. And military service can instill it quickly — teaching organization, responsibility and attention to detail.

“It builds a lot of things for young kiddos in this generation,” he said. “They appreciate more. It’s not a handout; it’s earned.”

Cunningham was deployed to Afghanistan the first time for 12 months over 2004 and 2005, where he and his team helped train the Afghan army. This included everything from weapons training to uniforms, with the goal to help them have secure footing when the U.S. would eventually leave.

It was for this mission that Cunningham was awarded a Purple Heart, after the vehicle he and his major were traveling in hit a roadside bomb imploded by a remote control. He had hearing issues and suffered a concussion, but does not have lasting effects from it today.

On his second deployment to Afghanistan, he and the 46 people he supervised worked to train Afghan police and did corrections work. It was here that Cunningham learned of loss when they lost a crew member.

In 2010, Cunningham served 30 days in Haiti on a peace-keeping mission, helping to provide hurricane relief by providing food and supplies to residents.

What he took from these deployments is an understanding of the range of ways members of the military can serve. While they’re trained to be ready to be called to war at any point, “In the same sense, you can also do good on the peace-keeping side and get out and do so much more,” he said.

Cunningham started with the Clarksville Police Department in 2006 and has since continued to seek opportunities to make him a better officer and community member. He now teaches things, including defense tactics and Taser training, and within the past year started the department’s first honor guard. He recalls previously asking Clarksville Chief Mark Palmer to allow him more opportunities to continue this learning.

“If the chief or my commander in the military would ever offer schools or anything like that, I would go,” he said. “You never turn something down because you might not see it or get it again.”

The officer said he’s thankful for his military career because “It’s made me who I am today. With [a] college degree, years of service, being deployed, away from family, with family to the career I have now.”

This Veterans Day, he’ll honor those who he has served with and those who came before, like his grandfather, as well as reflect on his own service.

“It’s a day to celebrate the current and remember everything you’ve done until then, and the others who have built that in the past and the many, many years and many, many wars,” he said.

With others who have served, whether it was pre-9/11 like him, or after, it was “all for a reason and purpose. When you wear the uniform, it’s a brother-sister type thing. It’s just one team.

William Earl "Bill" Main died January 19, 2022 at Clark Memorial Hospital in Jeffersonville, Indiana. He was born March 25, 1938 to the late Robert Lloyd Main and Dorothy Nadine Main in Oildale, California. Bill was an army veteran where he served as chaplain and he owned and operated The Ma…