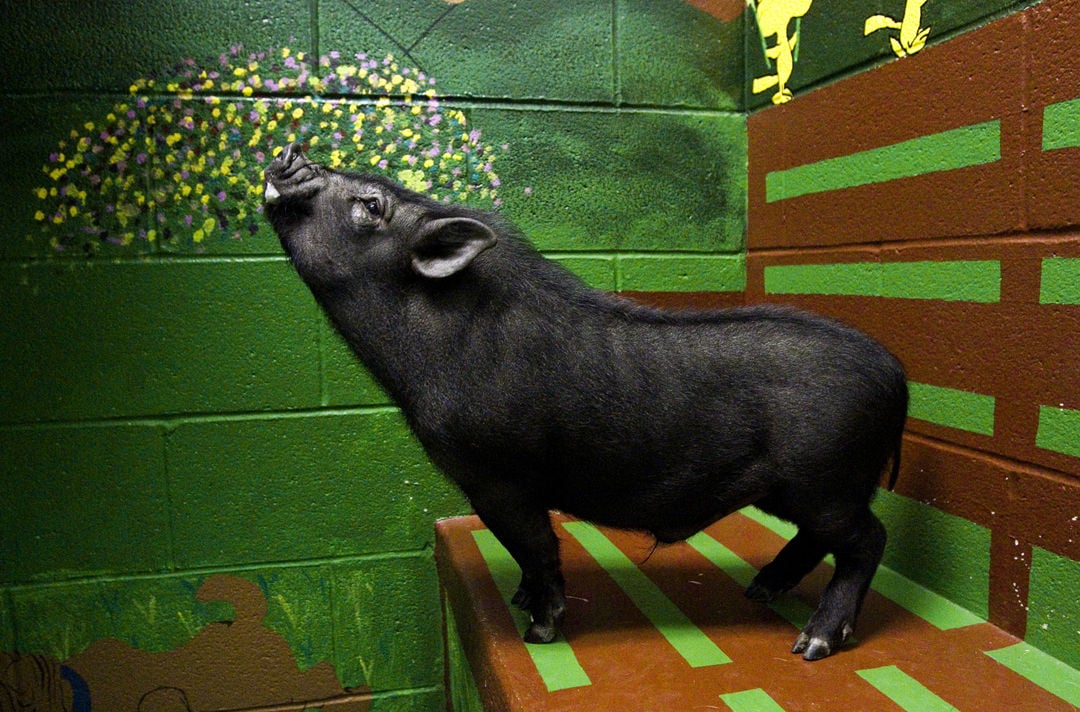 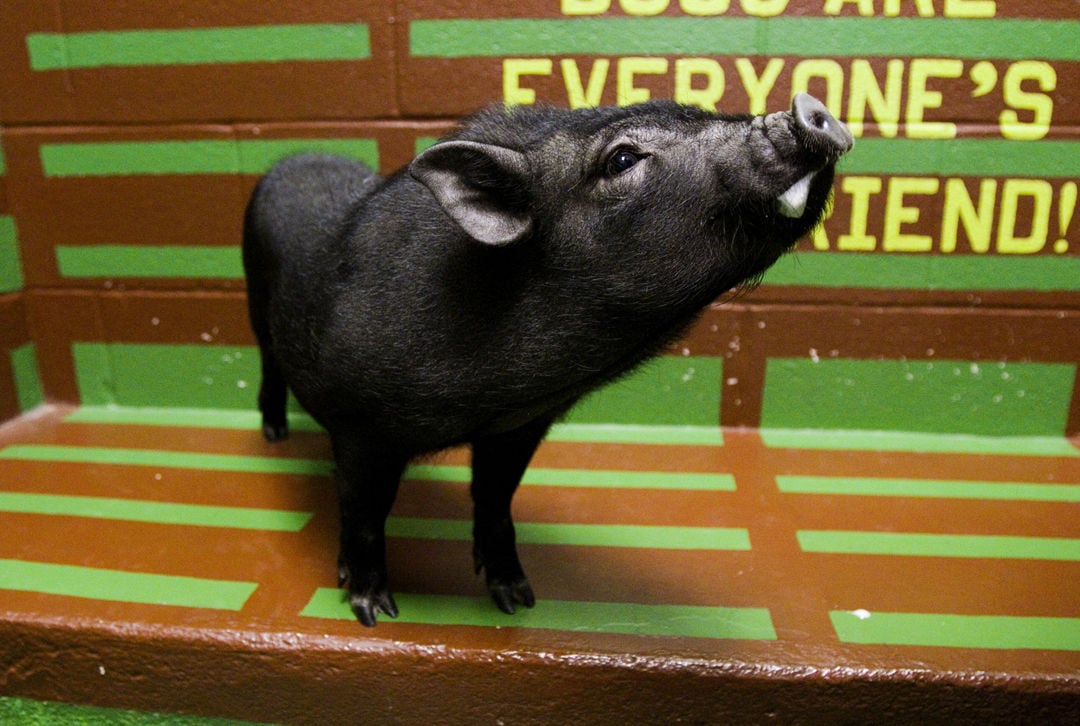 NEW ALBANY — His wet nose, coarse hair and friendly demeanor are pretty much the same selling points as all the other animals at the New Albany-Floyd County Animal Shelter.

But Collins has one advantage that's pulled a lot of views on Facebook.

Collins is a pig.

The pot-bellied pig was a surprise to the farmer in Floyds Knobs who was out to feed his own livestock when he saw the 6- or 7-month-old pig in the middle of them all.

David Hall, director of the shelter, said Collins is pretty lovable, but the smells and sounds of an animal shelter can be tough on pigs.

“He warms your heart as soon as you see him,” Hall said. “But he doesn't need to be here — it's a tough environment for him.”

He's also not the first pig the shelter has handled. Since January 2015, they've housed or responded to calls for seven other pigs.

Carrie Mooser, animal control coordinator, said the rise of pot-bellied pigs as pets, or so-called micro pigs all over social media, have led to more people in urban areas adopting the animals. However, they often don't realize how big they can get, topping 200 pounds in some cases.

“We have seen a lot of false advertising, especially when it comes to pigs,” Mooser said. “You can really only get an idea of the size [by visiting a] reputable breeder and see the parents to determine how big they'll get.”

Collins' adoption fee is only $20, but potential swine-lovers have some caveats to consider. Castration of Collins will probably go on the list of necessities, as well as vaccinations and other veterinary care. Space is another concern, since pot-bellied pigs can grow to 150 pounds or more when they're 3 or 4 years old.

They'll also need to make sure he's secure in a home. Hall said while it's easy to introduce a new dog into a neighborhood, a pig has to be kept safe from other animals.

Mooser said she thinks the potential adopter of Collins needs to have some first-hand knowledge of the care pot-bellied pigs require.

“Someone who already has experience with them [is a good candidate], therefore they already know what they're getting into,” Mooser said. “Hopefully, they know about things like castration and how that affects aggression.”

Hall said when animals like these go missing, they'll get calls from owners. He said animal shelters are good resources to find missing pets because they monitor social media posts about missing pets and could have a good lead, even if they don't have the animal.

“A lot of people, other than when we have an animal like this, they don't think to come down here and look for their missing pets,” Hall said. “They need to look at any shelter they can because their pet may be there.”

• Containment: He needs to be safe from escape, but also safe from other animals.

• Nutrition: Know what pigs need to eat to stay healthy.

• Veterinary care: The adoption fee is low, but Collins still needs his vaccinations and castration.

NEW ALBANY — Chewy, you’re home. In Floyds Knobs, that is.

The animal shelter has kept more than dogs and cats. Here's a short list of the more interesting animals they've picked up or been called on to help with.