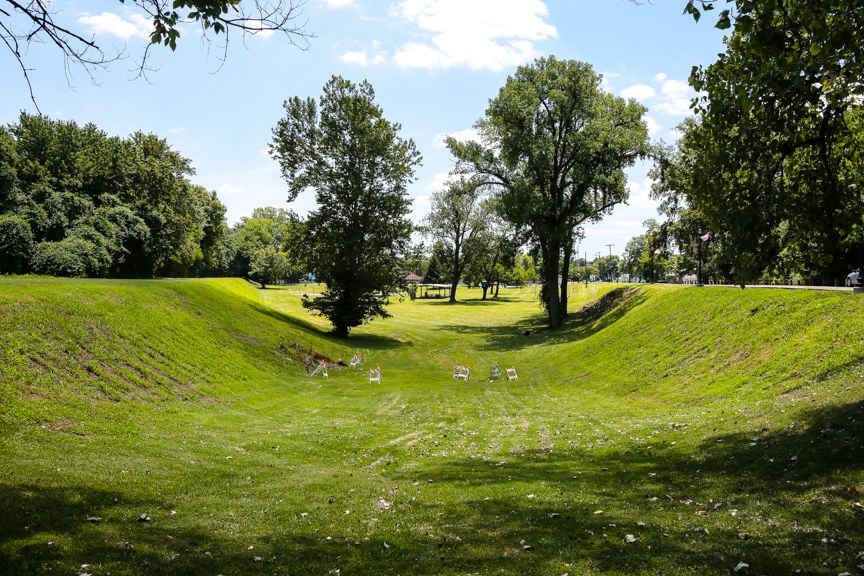 The new topography in Colgate Park after a drainage project is completed in South Clarksville would lend itself well to an action sports park, engineers say.

Public input is requested for what to include in a proposed sports action complex in Clarksville's Colgate Park. 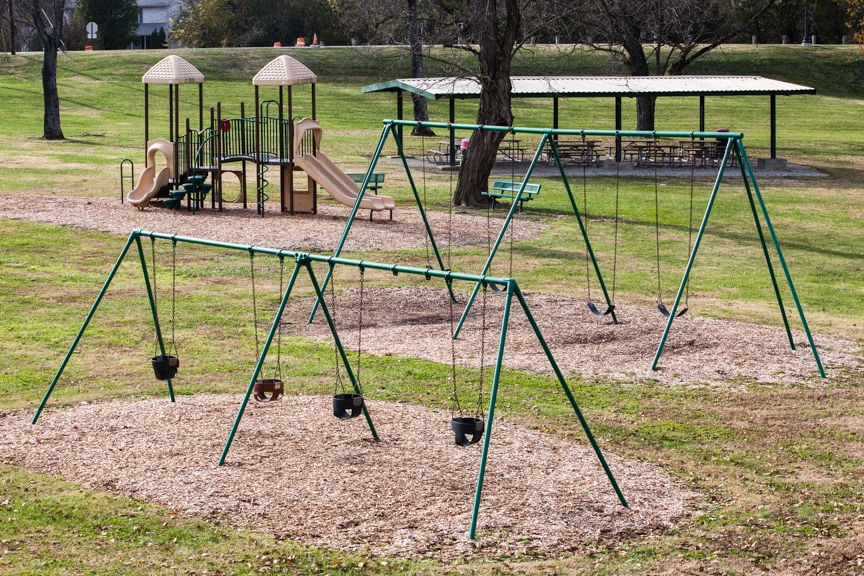 Four acres of Clarksville's Colgate Park could be the new home of an action sports park — if residents want it.

The new topography in Colgate Park after a drainage project is completed in South Clarksville would lend itself well to an action sports park, engineers say.

Public input is requested for what to include in a proposed sports action complex in Clarksville's Colgate Park.

Four acres of Clarksville's Colgate Park could be the new home of an action sports park — if residents want it.

CLARKSVILLE—A proposed park in Clarksville would include amenities for skateboards, bikes and other sports equipment. But the town doesn't want it to be just a sports facility. If built, it would also be a green space intended for anyone to enjoy.

On Wednesday, the Town of Clarksville and Stantec Consulting presented conceptual plans for a new sports action park in Colgate Park. Community members also expressed their thoughts and concerns about the project.

The town is working with Stantec Consulting, a national engineering company, to come up with ideas for the potential park, which would be a four-acre space in an unused section of Colgate Park. The workshop included a revised plan based on feedback from an online survey and a previous public meeting.

The project has not yet been finalized. Clarksville Redevelopment Director Dylan Fisher said the next steps include looking into how the project can move forward and what the funding process might be if the town council decides to proceed with the development.

Kanten Russell, project manager for Stantec, will work with the town to create a schematic package to further the dialogue about the project. As he creates conceptual plans for the project, he is considering feedback from residents.

Proposed features of the park include pump tracks for bikes and scooters, a bike skills course, jump/flow trails and street and flow plazas. It would also have features for people who prefer not to bike or skateboard, including a pavilion, a playground, spectator viewing areas and pedestrian paths.

Russell presented a plan with a natural-looking design and plenty of green space. Unlike some action sports parks, it would not primarily be a hardcore training space for skateboarders and bikers, he said.

"We really want to address concerns that this is going to be a community park," he said.

At the workshop, some Clarksville residents presented concerns about issues like safety, sound levels and property values.

One of the concerns from community members included whether the park would be safe from crime. Russell said he does not believe it will be a major issue, since the park would be a fairly open space with visibility. It would not have many hiding spaces where people could use drugs, he said.

Some residents expressed worries about noise from the park spreading to nearby neighborhoods. However, Russell doubts this will be a problem with the right design. He said a hill would serve as a natural sound barrier in the park.

While some residents worry the action park would potentially decrease their property values, Fisher thinks it would have the opposite result. He is not sure about the effects of skate or bike parks, but he said the proximity of parks and recreational facilities tend to increase property values.

Clarksville resident Janet Henderzahs said she would not use the park for sports, but she anticipates walking on its pedestrian paths. The park would attract young people and keep them out of mischief, she said.

As a Clarksville resident and 15-year skateboarder, Tyler O'Dell is enthusiastic about the proposed action park. He lives less than a mile away from the proposed park space, and he said he would use the park at least four times a week.

"I think it will make Clarksville a nicer place to live," he said.