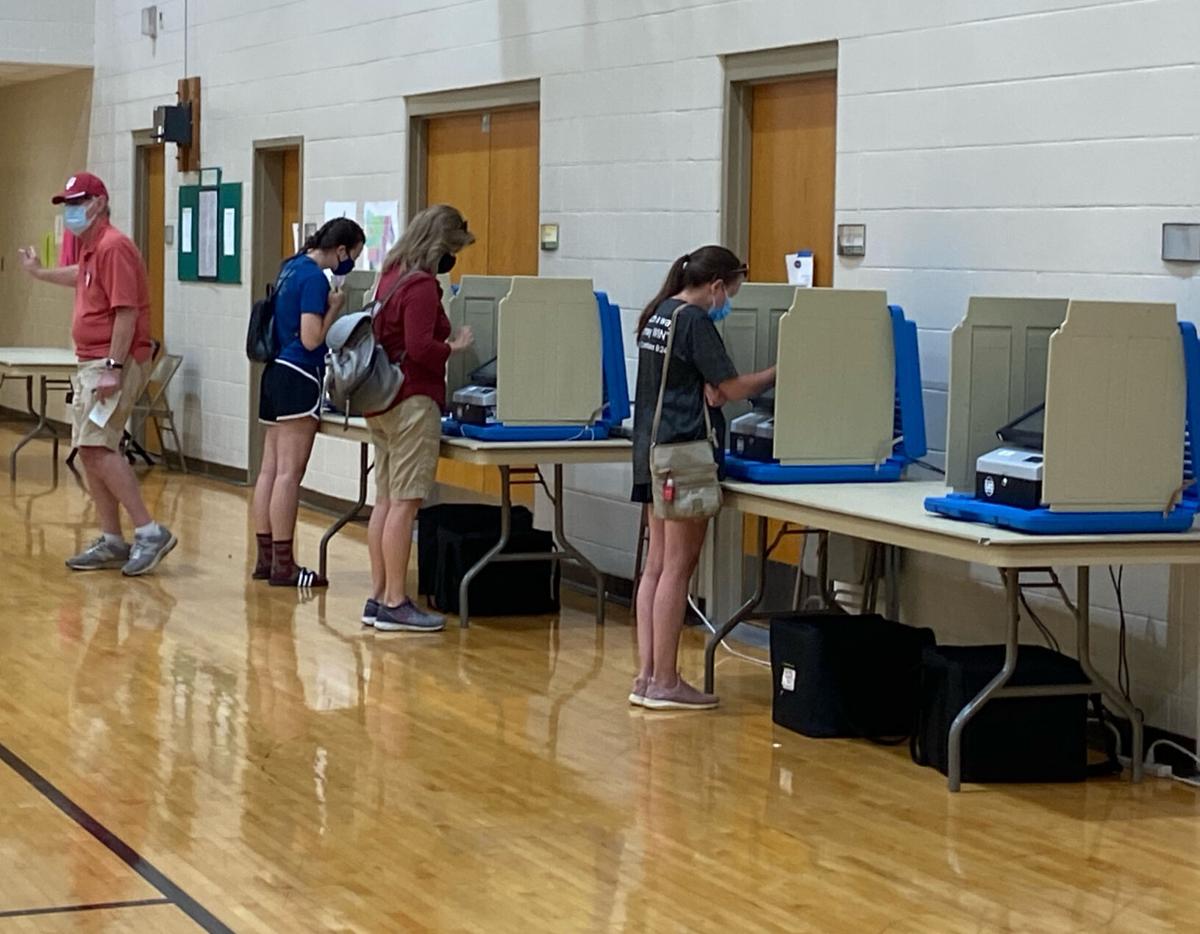 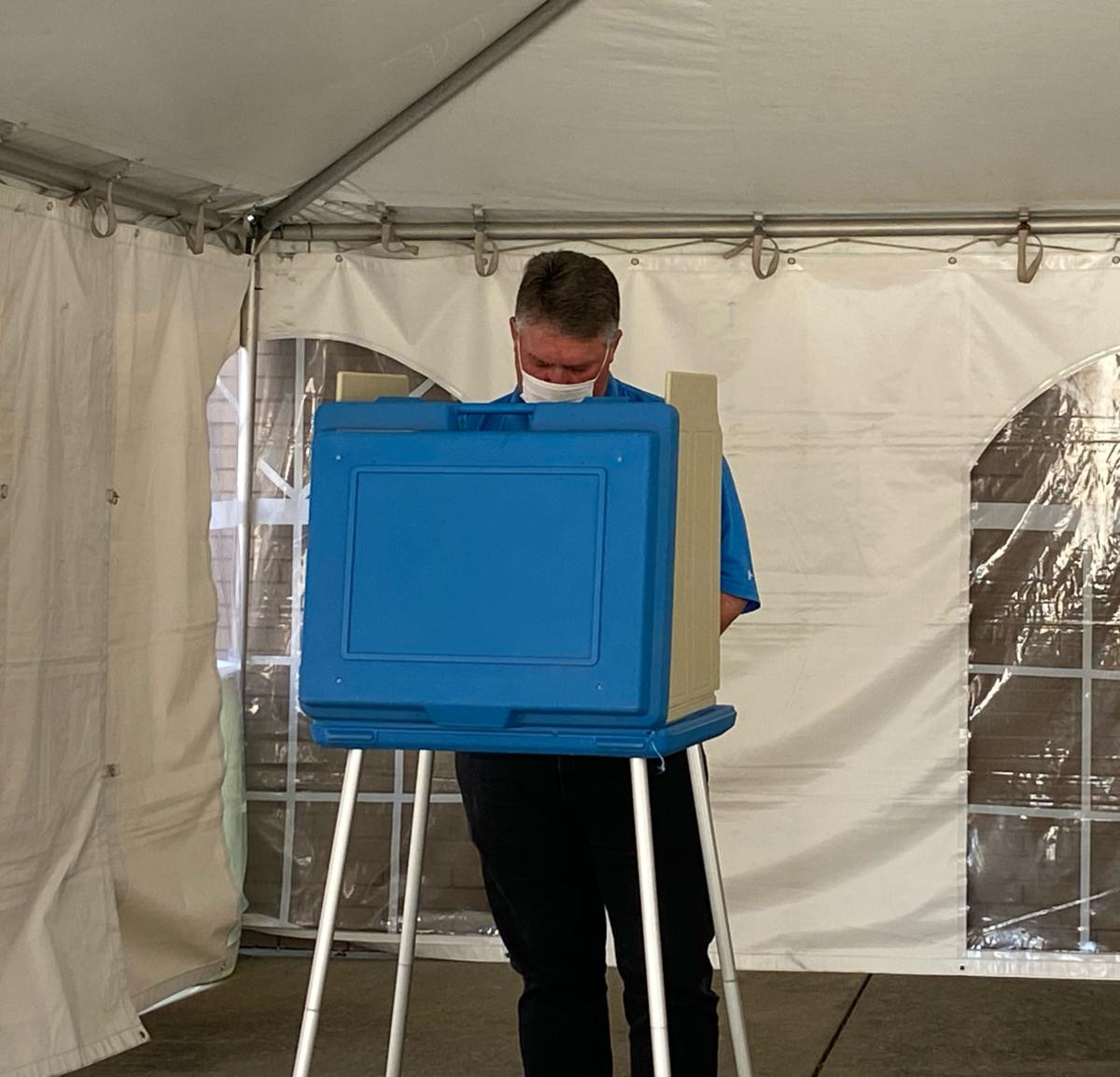 SOUTHERN INDIANA — Several important deadlines and dates are approaching as Indiana voters and local election officials prepare for what’s anticipated to be a sizable turnout for the Nov. 3 general election.

Early voting begins next month and requests for absentee ballots are filing into local clerk’s offices.

As of Friday, Floyd County Clerk Danita Burks said about 2,700 absentee requests had been fielded by her office.

Unlike during the primary, casting a vote by mail will be limited to normal absentee voting standards.

A voter must have a “reasonable expectation” of not being able to vote in-person due to being out of county of residence for the entire time the polls are open on election day in order to vote absentee by mail.

Voters with a disability or those who are scheduled to work for the length of time that polls are open can also apply for absentee mail-in ballots as well as voters who are at least 65 years old.

“Our ballots are supposed to come next week, so when they come, we’ll start mailing those out,” Burks said Tuesday.

Allowing mass voting by mail has been a divisive topic with some, including President Donald Trump, opposed to the idea.

Clark County Clerk Susan Popp emphasized Tuesday that local Republicans and Democrats are heavily involved in the process of ensuring the integrity of elections.

“That’s one thing that I’m stressing as an elected official because I don’t think that’s being conveyed enough at the highest level — to trust the process,” Popp said.

She also credited the U.S. Postal Service for how it handled the absentee process for the primary and how it’s preparing for the November general election.

“We’re working with our local post office to ensure that we get the most expedient services possible,” Popp said. “We had a very high return rate in the spring, so we feel very confident about that.”

Early voting begins Oct. 6 and lasts until Nov. 2, and this year, Floyd County voters will have two sites open during that time. Early votes can be cast at Valley View Golf Course and the 4-H Fairgrounds on Monday through Friday during early voting. Those sites will also be open from 8 a.m. to 4 p.m. on two Saturdays, Oct. 24 and Oct. 31, for early voting.

Burks explained the sites will be opened for early voting to help offset some of the issues caused by COVID-19.

“We felt like with some people’s work schedules being altered due to a lot of life situations, and we also felt the vote will be a little heavy because it’s a presidential election, so we thought we would give every opportunity that we could,” she said.

Early voting will take place at the Clark County Government Building on weekdays beginning Oct. 6. Early voting will also be offered there on two Saturdays, Oct. 24 and Oct. 31, from 9 a.m. to 4 p.m.

As for election day, the local Democrat and Republican parties are responsible for hiring poll workers.

Shawn Carruthers, president of the Floyd County GOP, said about 50 workers are needed per party for the 10 vote centers.

“We’re all booked up,” he said. “We really didn’t have a problem filling that up; there were just a lot of people stepping up and wanting to work.”

When asked about the decision to return to a more traditional voting process for the November election, Carruthers said he was OK with the mail-in option, but prefers the normal system.

“I’m open to the mail-in option, however, as soon as we can get back to normal, I think the happier and more comfortable everyone will be on all sides,” he said.

Whether it be through absentee or in-person voting, Carruthers anticipates a good turnout. Along with the presidential race, Hoosier voters will be selecting their next governor and there are several local races on the ballot.

In Clark County, Popp said some additional help likely will be needed for counting absentee ballots on election day. That process usually begins around 6 a.m. and ends at about 3 p.m.

Information to apply for being a poll worker is available on the website www.co.clark.in.us.

• The deadline to request a vote-by-mail ballot is Oct. 22. The application must be received by the clerk’s office by that date.

• The deadline to register to vote is Oct. 5.

David Michael Hellman Sr., 78, of Georgetown, Indiana, passed away peacefully at home on Sunday, April 11, 2021. David was a member of St. Mary of the Knobs Catholic Church and loved woodworking, fishing, cutting grass, and being with his grandchildren. He was born on November 27, 1942 in Lo…