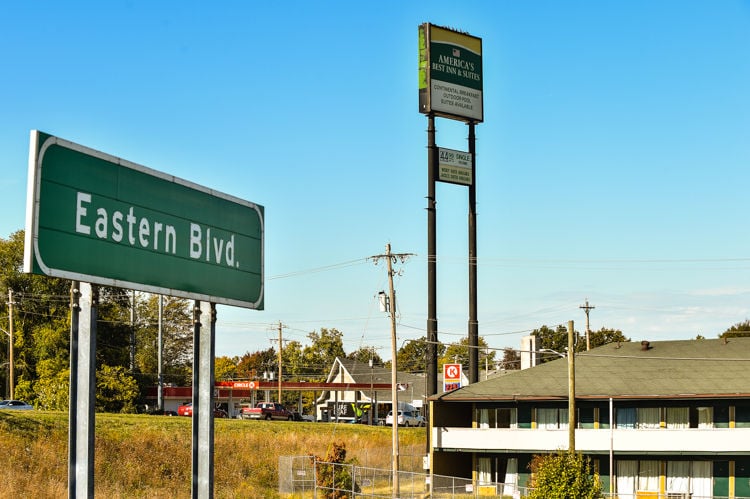 The Clarksville Redevelopment Commission is requesting proposals for lease and development of an indoor youth sports complex at the site of the former America's Best Inn on Eastern Boulevard. 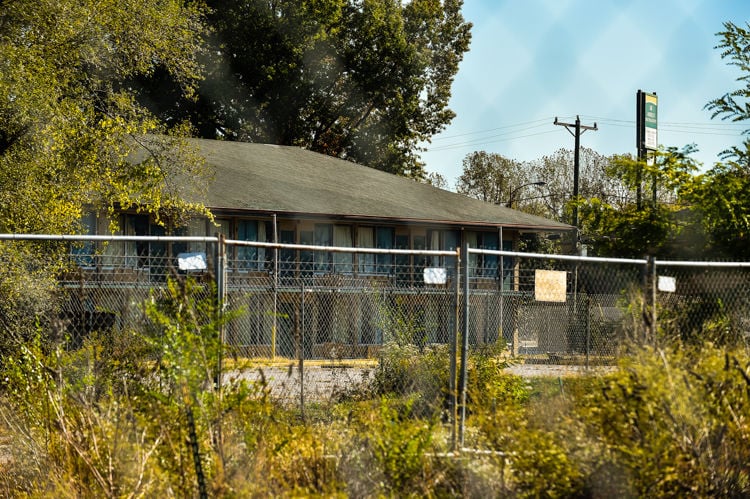 Fencing surrounds the former America's Best Inn in Clarksville, which is expected to the home of a new youth sports complex in 2021.

The Clarksville Redevelopment Commission is requesting proposals for lease and development of an indoor youth sports complex at the site of the former America's Best Inn on Eastern Boulevard.

Fencing surrounds the former America's Best Inn in Clarksville, which is expected to the home of a new youth sports complex in 2021.

CLARKSVILLE — A new development is underway that's expected to change the landscape of Clarksville's Eastern Boulevard by its opening in 2021.

The Clarksville Redevelopment Commission voted Tuesday to send out a request for proposals (RFP) for lease and development of an indoor youth sports complex at the site of the former America's Best Inns and Suites. The property at 342 Eastern Boulevard along with two other parcels recently was acquired by the Town.

When completed by the start of 2021, the Eastern Boulevard Gateway Sports Complex will serve as a hub for youth sports in the area, primarily focusing on basketball, volleyball and indoor soccer, complementing other sports facilities within the town, said John Gilkey, councilman for District 2, where the site is located, and redevelopment commission member.

The RFP calls for the site to be developed on 4.1-acres of the land and be "architecturally harmonious with the neighborhood character." It is encouraged to have connectivity between the parcels and to Eastern Boulevard, art, seating spaces and attractive landscaping. The proposal should include the anticipated economic and sports tourism impact as well as job growth potential.

Clarksville Redevelopment Director Dylan Fisher said the facility will not only benefit the town and its residents from the use of complex and the jobs that will bring, but also it will draw regional spending from families traveling into town for tournaments.

"They bring the whole family," he said. "They stay in hotels, they shop...so we see this as a strong catalyst for indirect economic impact."

Clarksville will retain ownership of the land, which it will lease to the new developer initially for 25 years, with the potential for two five-year extensions after the lease expires. The advertised lease price is $116,130, but that could change, depending on what the potential developer proposes in the bid.

The developer will be responsible for property taxes during the lease period.

Fisher said the decision made earlier this month to lease the land rather than sell it was to ensure the best return for the community. In July, the commission announced plans to buy the former hotel and its land for $4.8 million, as well as other parcels in the vicinity. But that price included a business — the hotel — which the town did not intend to retain. Fisher said that made cost of the property more than what would be realized from a sale.

"We think it's a good use," he said of the sports facility concept. "It's one that's been talked about for years in the town of Clarksville, its very complementary to our mix of businesses.

"We believe it's moving in the right direction — creating a more desirable Clarksville for people to move into as well as creating a higher quality of life for our current residents."

The town has contracted with Sellersburg-based company Wooldridge Construction Group on a $189,000 agreement for demolition of the current hotel, which has been at the location for more than three decades. Demolition is expected to be finished by the first of the year.

The proposals are due Nov. 26 and Fisher said town staff will spend about 30 to 60 days reviewing what is submitted before selecting the new developer.