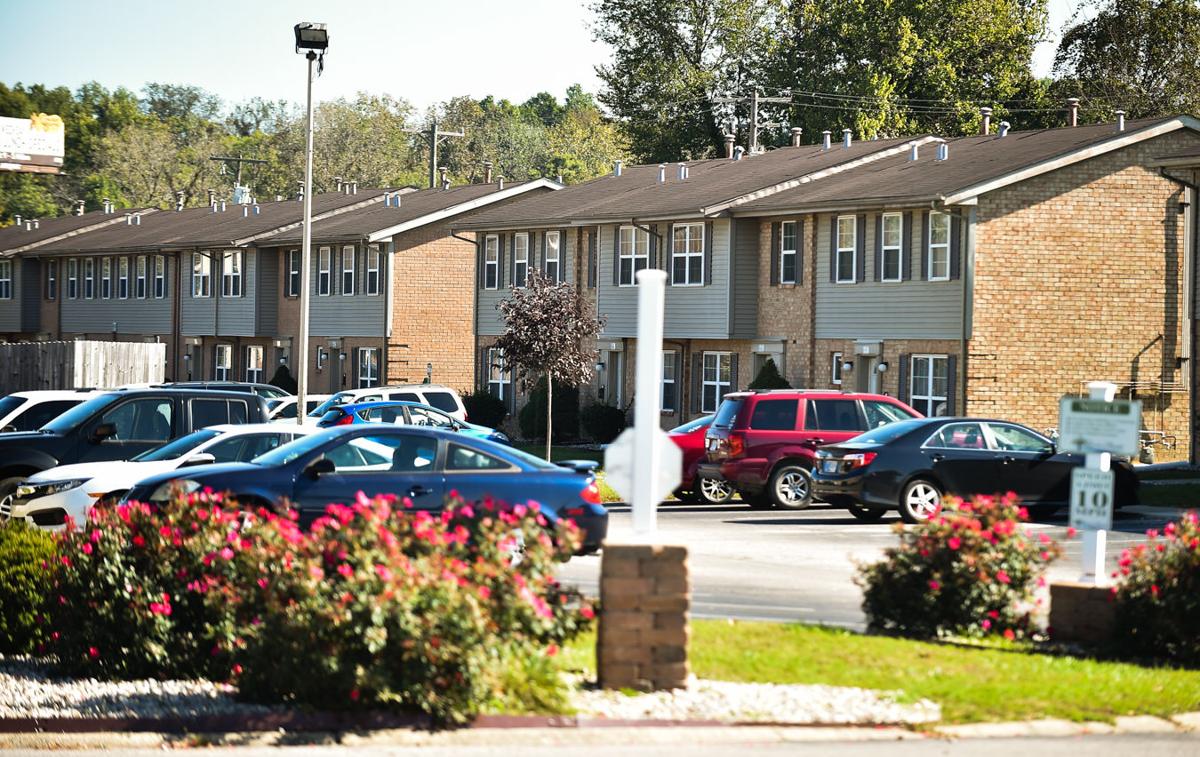 Police responded to River Chase Apartments Tuesday night after reports of a shooting on Harvard Drive within the Clarksville complex. According to officials, a man is dead after being shot by a neighbor, who intervened in a domestic battery. 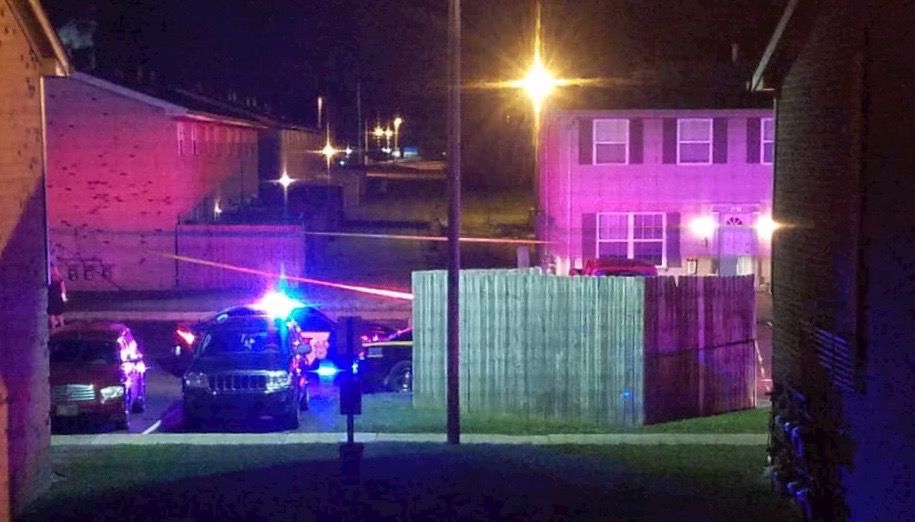 Police say a neighbor shot and killed a suspect in a domestic violence situation Tuesday at River Chase Apartments in Clarksville. The victims, a woman and her daughter, were able to escape and are in stable condition.

Police responded to River Chase Apartments Tuesday night after reports of a shooting on Harvard Drive within the Clarksville complex. According to officials, a man is dead after being shot by a neighbor, who intervened in a domestic battery.

Police say a neighbor shot and killed a suspect in a domestic violence situation Tuesday at River Chase Apartments in Clarksville. The victims, a woman and her daughter, were able to escape and are in stable condition.

CLARKSVILLE — Police have not yet identified the man they say was killed Tuesday after a bystander intervened during an alleged domestic violence incident at a Clarksville apartment complex.

Police responded to a report of shots fired in the 600 block of Harvard Drive in River Chase apartments just after 10 p.m. Tuesday. There, they found a deceased man with “multiple gun shot wounds,” according to a news release.

After talking with witnesses, police determined a domestic dispute started in an apartment which led to the man chasing a woman into the parking lot, beating and kicking her and her daughter, who is under 10 years old.

A neighbor intervened and held the man at gunpoint, reportedly to stop the attack. The woman and her daughter were able to escape, at which time the suspect reportedly went after the neighbor. The neighbor shot the suspect after multiple warnings, according to police. The shooter is not currently facing charges, although the case remains under investigation, said Clarksville Police Chief Mark Palmer.

Both victims were transported to a hospital in Louisville and treated for minor injuries. Palmer said they were in stable condition as of Wednesday afternoon.

The actions of the shooter are protected under Indiana's Stand Your Ground Law, which states that individuals do not need to back down from threats against their person or others while in a public place, Palmer said.

Palmer wouldn't comment on whether what the individual did in the situation was correct, but he said him being there may very likely have prevented further violence.

"I do believe that had the individual not stepped in, it would have been far worse for the female that was being attacked," Palmer said. "It could have been a life-threatening situation for [her] or the child."

He said people who witness a domestic incident or other abuse should contact police as soon as possible, and if they do feel they have to step in — because a person is in imminent danger of being seriously injured or killed —they should take their own safety into account.

"Use common sense and use the safest means that are available to you to help somebody, if that's the only option you have," Palmer said.

Melissa (Wynn) Weston lives in the apartment complex near where the shooting happened Tuesday. She said she and her husband were watching TV when she thought she heard someone scream. Soon after, she said they heard gunshots.

"I asked my husband to turn the TV down and we heard what we thought was just kids playing outside," Weston said in a text message.

They turned the TV volume back up and then heard four to five "very loud booms," she said.

"We both knew it wasn't just a car backfiring as we hear sometimes, living this close to the interstate."

The next minute, she looked outside and saw police lights.

"This all happened within two minutes or less," she said. Weston and her husband have lived in the apartment for 10 years; she said they've never seen anything like this happen.

"My thoughts and prayers go out to all involved," she said. "It's so scary that these kinds of things happen in the world today. But for it to happen in my own neighborhood — and literally backyard — is horrifying."

A letter from apartment manager Rob Cissell was sent to residents following the incident, expressing condolences for those involved and asking residents to alert police or management if there is ever a situation with safety. An apartment official provided a copy of the letter to the News and Tribune.

"Although we strive to maintain a safe, quiet and crime-free community, you never know when something could go wrong," it reads, in part. "Thus we always ask our residents to speak up and notify the Clarksville Police, our courtesy police officer or the office if there is ever a concern."

He also asked residents to keep the families in their thoughts and "please take care of yourselves and be good to others."

Pending autopsy and toxicology reports may offer more information into the case, "to see if there could be outside influences on the suspect or if he was under the influence of anything," Palmer said. "Or if this was... an anger issue."

Anyone with information in this case is asked to contact Clarksville Detective Randy Thomas at 812-288-7151.

Anyone who is experiencing or witness to domestic violence can contact the National Domestic Violence Hotline at 1-800-799-SAFE or www.thehotline.org.