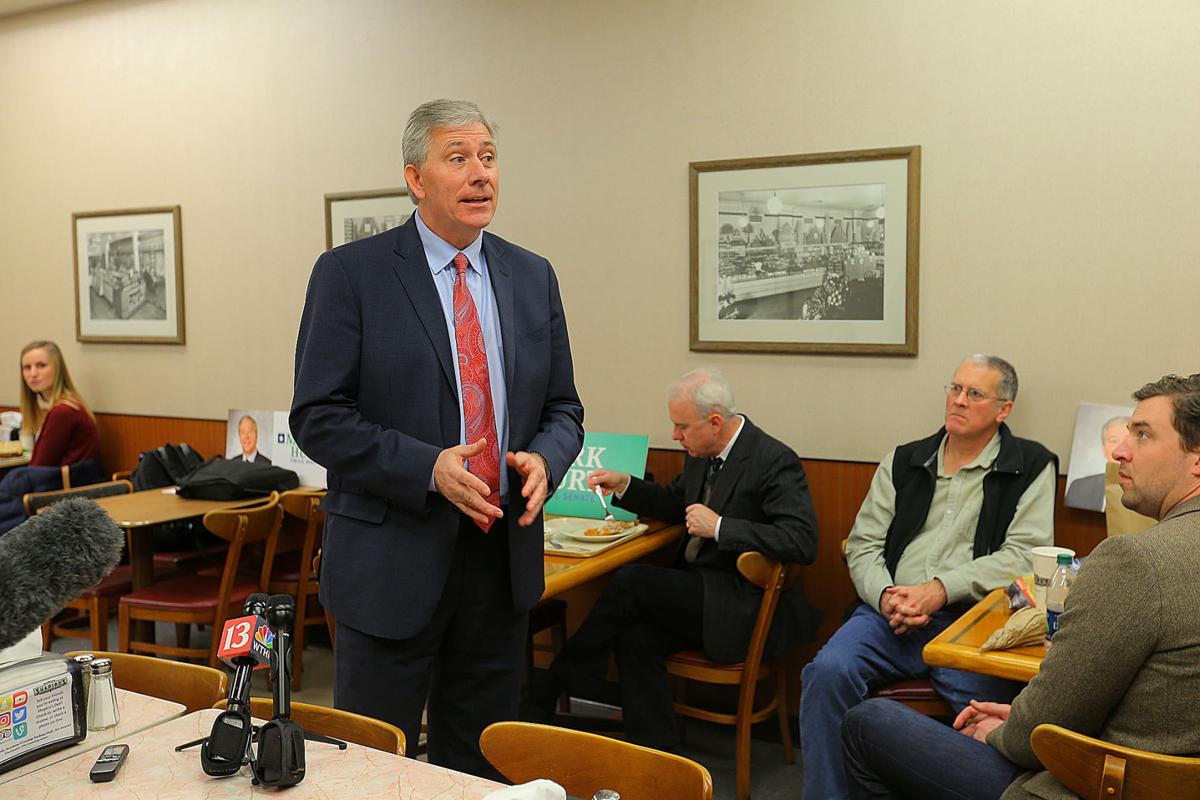 Republican candidate Mark Hurt announces his candidacy for the US Senate for the state of Indiana at a press conference at Shapiro's in Indianapolis, Indiana on Tuesday February 2, 2017. Tim Bath | Kokomo Tribune 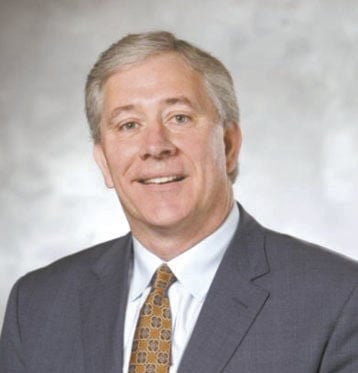 Republican candidate Mark Hurt announces his candidacy for the US Senate for the state of Indiana at a press conference at Shapiro's in Indianapolis, Indiana on Tuesday February 2, 2017. Tim Bath | Kokomo Tribune

Hurt, a Republican with law offices in Kokomo and Noblesville, kicks off his campaign at a time when the Republican field for the 2018 midterm elections is starting to take shape.

Earlier this week, U.S. Rep. Susan Brooks, R-Carmel, announced she won’t run for Donnelly’s seat. Hurt will, however, likely face a tough Republican primary next May, as U.S. Reps. Luke Messer and Todd Rokita and state Sen. Mike Delph have all been rumored to have interest in the seat.

Donnelly – the only Democrat elected statewide – is viewed as vulnerable by many in the Republican establishment and has been targeted by the conservative Judicial Crisis Network, which is undertaking a national campaign to confirm Neil Gorsuch, President Donald Trump’s Supreme Court nominee.

“JCN and its allies will focus on states where Senate Democrats are vulnerable in 2018, particularly those where Trump won by large margins,” said the organization in a press release. Trump won Indiana by 19 percentage points last November.

Despite the comparative lack of name recognition, Hurt has political experience serving as an aide to then-Sen. Dan. Coats, President Trump’s nominee for director of national intelligence, Michigan Gov. John Engler and others.

Hurt, who called himself a “compassionate conservative” in an interview with Howey Politics, cited during the press conference his differences with Donnelly, specifically the senator’s vote in favor of the Iranian nuclear deal.

“I think that should be set aside; I think that the agreement should be reconsidered,” he said, expressing concerns about related funding going toward companies controlled by the Ayatollah or “offshoots of the Iranian army.”

“What we’ve seen with that money is an expansion of terrorism.”

Hurt, who also expressed his opposition to Obamacare and cited his experience as a health care adviser to multiple politicians, later criticized Donnelly’s focus on Hoosier constituents, saying his votes are maybe more representative of Queens, New York, where Donnelly was born.

Both Donnelly and Hurt, however, have made mental health reform a professional focus. Specifically, Donnelly has become a strong proponent for veteran mental health, pushing for mental health treatment for service members.

“We’ve got to be more treatment oriented, and for the soldiers that come home, we need to be there for the veterans,” said Hurt, later describing one plan for improving America’s military and lowering injury rates.

“And talking to folks at Grissom and other bases, we’ve got to up the number of active military people we have, not just reserve and guardsmen, but we need to put more money in salaries and we need to strategically build on the technologies that we’re bringing in for those that are going into battle so they don’t come back with as many injuries.”

Another prominent issue addressed by Hurt was one he likely will be asked about at each of his campaign stops over the next 13 months: border security.

As for how to secure America’s southern border, Hurt pointed to one of the country’s most prominent allies as an example.

“I think we have a lot to learn from Israel; I think we need to be a strong ally of Israel,” he said, highlighting the relationship between border control and heroin trafficking, which he said contributes to Indiana’s drug crisis.

“Israel has some of the best sensor technology on the board. They monitor tunnels, they can see rivers. When we look at our border with Mexico, the rivers meander 30 miles in and 30 miles out, so we have to have great technology.”

When asked about President Donald Trump’s plan to build a wall along the same border, Hurt said Trump deserves patience from the American people. Hurt, however, did not provide a specific answer on whether he supports Trump’s wall idea.

“I think we need to let some of these things play out, because in Congress, the Senate is known to be a much more deliberative body. There’s going to be a lot of questioning, there’ll be a lot of turns and changes in policy.

“But I think as the leader of the ship, you give him the respect he deserves.”

On the related point of immigration, Hurt expressed concern about granting citizenship to people who are born in America, saying uncompensated care for “people that come across the border to have their baby and get health care” is a major financial issue.

Hurt also provided his opinion on Trump’s recent immigration ban executive order, saying he “has no problem with the 90-day cool off period.” He also made note, however, of some senators’ calls for a “balanced approach.”

“You’ve got to look at something like that cautiously,” said Hurt. “I think after 90 days he’ll be able to put a policy together that will do that balancing act of keeping us safe but not invading on civil liberties, helping us be the land of immigrants that we want to be.

“But, yeah, I have no problem with what he’s doing right now from what I’ve seen.”

Hurt will next make campaign stops in Fort Wayne on Thursday and Evansville on Friday.

In December 2015, Hurt announced he had formed an exploratory committee to help decide whether he should run for the Senate position, touring counties across the state to assess the popularity of his political positions and chances at defeating Donnelly.

That process is likely to mirror what will be a grassroots campaign for Hurt, as he navigates Indiana as a significant underdog in the Senate race and works to increase his name recognition.

George Myers can be reached at 765-454-8585, by email at george.myers@kokomotribune.com or on Twitter @gpmyerskt.

With years of political experience and a sense that America is moving in the wrong direction, Kokomo lawyer Mark Hurt is considering a run for the United States Senate.

Legislature and governor investing in needs of the mentally ill

Mark Hurt: The grand illusion of the Iranian deal

Wayne Trueblood, 69, passed away peacefully with his family by his side on Saturday October 17, 2020. He was born in Evansville, Indiana and retired as the Manager of Business Operations for the Jefferson Community and Technical College. He was an avid bowler and was a dedicated supporter of…

Mr. Brian Ray Chastain, age 46, of Campbellsburg, passed away Friday, October 23 at his home. Funeral services will be held Thursday, October 29 at 1:00 P.M. at Westview Christian Church. Burial will follow at Hop Cemetery. Visitation will be Wednesday from 4-8PM and Thursday from 9AM-until …