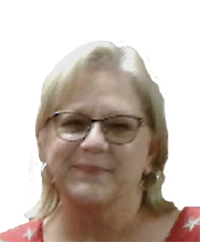 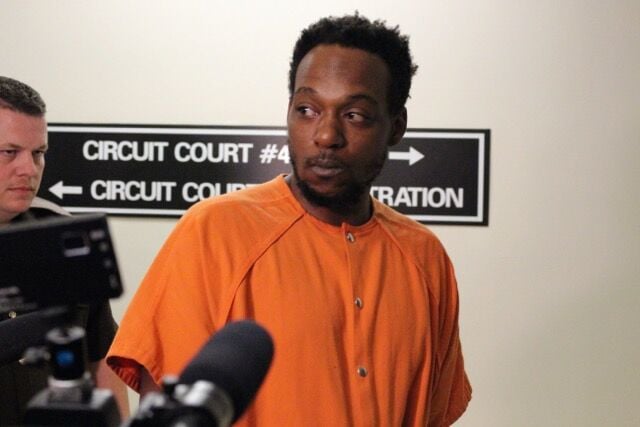 Brian M. Williams, 37, is taken into an initial hearing Wednesday in Clark County. He’s facing charges for murder, arson and theft in the death of 67-year-old Melody Gambetty. 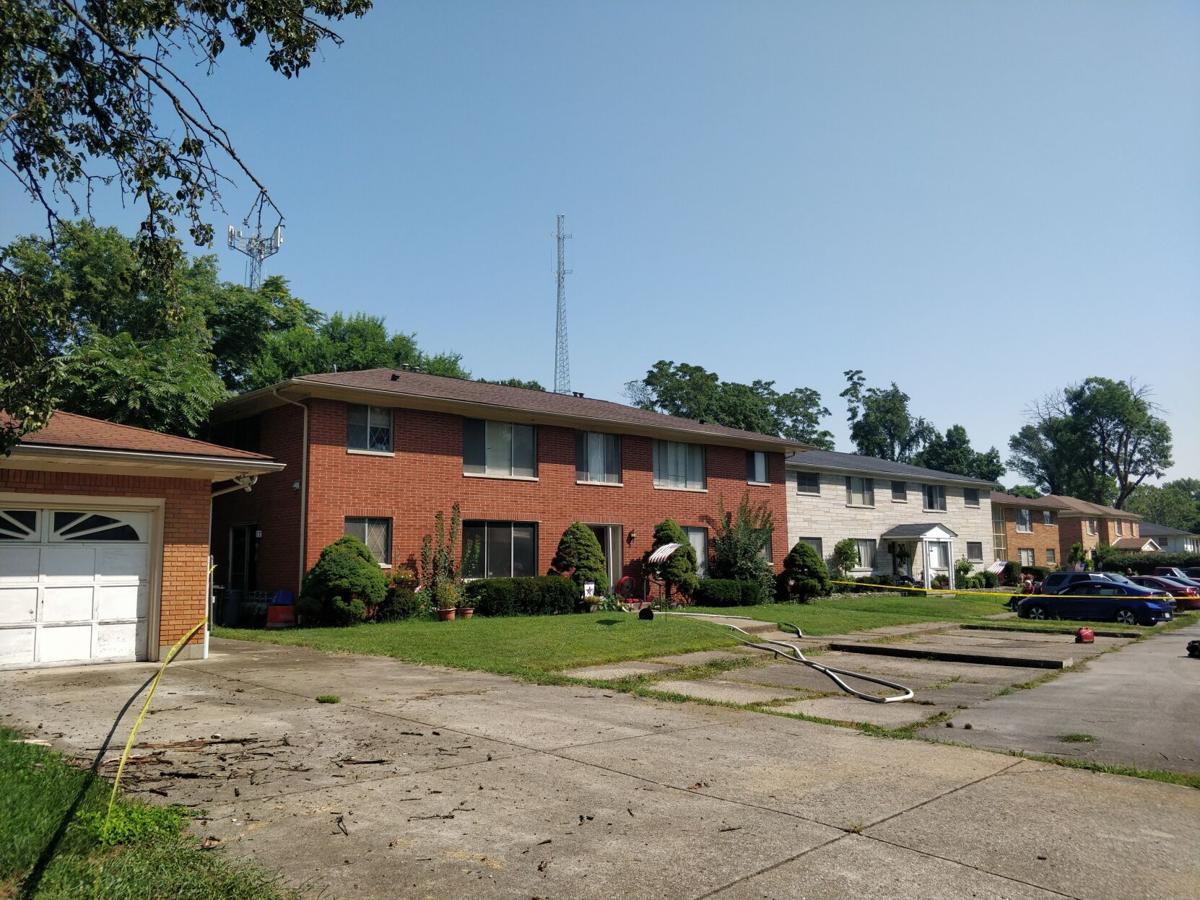 Brian M. Williams, 36, is charged with murder, arson and theft in the death of Melody Gambetty,67, who was found in her Clarksville apartment Tuesday morning. 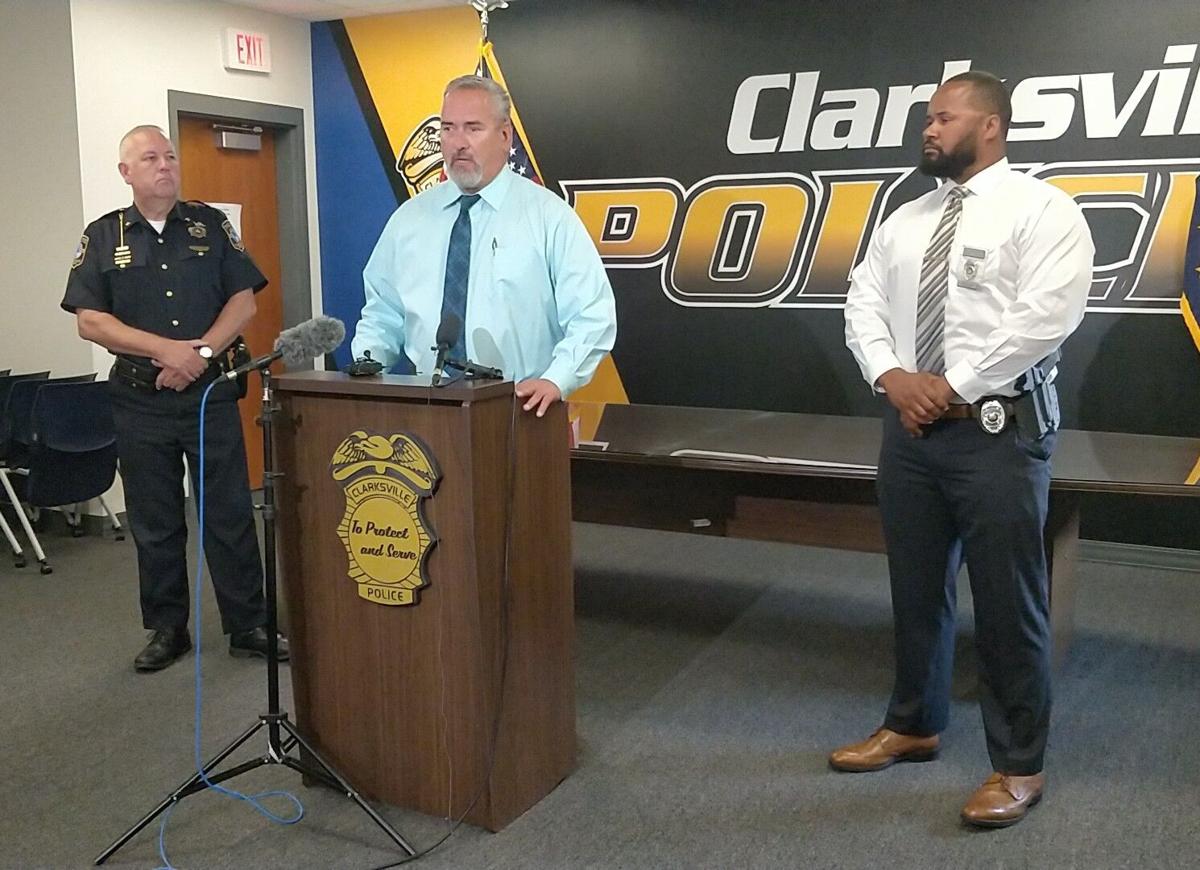 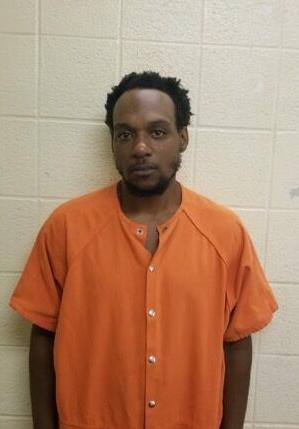 Brian M. Williams, 37, is taken into an initial hearing Wednesday in Clark County. He’s facing charges for murder, arson and theft in the death of 67-year-old Melody Gambetty.

Brian M. Williams, 36, is charged with murder, arson and theft in the death of Melody Gambetty,67, who was found in her Clarksville apartment Tuesday morning.

CLARKSVILLE — A man is being held in Clark County jail on no bond after police say he killed and dismembered a woman at her Clarksville apartment Monday, stole items then set the unit on fire to cover the crime.

Brian M. Williams, 36, is charged with murder, a level 4 felony for arson and a class A misdemeanor for theft in connection with the death of 67-year-old Melody Gambetty. Her body was found by crews responding to a fire Tuesday morning at her apartment complex on Kensington Drive off of Eastern Boulevard.

During an initial hearing Wednesday, defense attorney Ryan Bower asked the judge to release Williams on pretrial services without paying a cash bond, but Clark County Circuit Court No. 4 Judge Vicki Carmichael followed the state’s request to hold Williams without bond. A not guilty plea was entered on his behalf. Bower appeared for this initial hearing, but Williams will be appointed a separate public defender.

In court, the defendant appeared calm, answering the judge’s questions in a loud, clear voice.

Investigators say when they entered the apartment just after 8 a.m. Tuesday, they found the victim’s body on the floor. She had been decapitated with other body parts removed; those were found in a suitcase at Williams’ home on Wellington Court the same day, after police reviewed surveillance footage connecting him to the crime.

Court records show witnesses had reported a young, suspicious but polite man going door-to-door Monday attempting to solicit “community service work,” and leaving his phone number. It is on this day police believe Gambetty was killed. Surveillance footage shows Williams entering the building where the victim lived at 12:42 p.m. then leaving at 3:51 p.m. with two suitcases. He put the suitcases in Gambetty’s car and drove away.

Police believe he later returned to her apartment Tuesday morning, starting a fire to cover evidence.

Investigators called the number residents were given and spoke with the suspect, letting him know they were working an arson case. He provided his address to police and when they arrived, complied when they asked him to come outside.

Police say Williams confirmed he had been at the Kensington Drive apartment and had spoken with residents about community service work. He said he had left the area on foot around 5 p.m., heading to to visit a friend at an apartment complex on Dartmouth Drive.

Police then reviewed the footage, matching Williams description to what was shown and what witnesses had described. They executed a warrant on his home finding Gambetty’s identification card, credit and debit cards. An autopsy will determine her official cause of death, but police say it appears she had stab wounds.

They believe the killing came after a botched robbery, but could not speculate how the situation turned so brutal. Clarksville Police Maj. Joel DeMoss told media during a Wednesday morning news conference that the crime was, in his 23 years, “probably one of the most horrific I’ve been involved in.”

He also commended the Clarksville officers and those from other agencies including Indiana State Police who quickly worked to solve the case; they had the suspect in custody by early evening.

“They were on it yesterday and they were all in form,” DeMoss said. “When you have a homicide like this and a brutality, they just stepped it up another level. Being able to have a case like this solved in eight hours is actually phenomenal.”

Clarksville Police Chief Mark Palmer said that in his 32 years as a police officer, he’d “never seen anything like this, hopefully never see it again,” adding that for the investigating officers, “It became personal, it really did. They did not want this person out there in the community.

“Personally I only live a couple blocks away from where this happened and the shock value not just to me but everybody here is unbelievable for our community. To experience something like this, it’s devastating.”

He added that a seemingly random act of violence by a stranger that leads to this type of crime is something investigators don’t really see happen often.

“It’s abnormal to see something escalate like this,” Palmer said. “Normally somebody has to work up to this point. Usually you have somebody who does a purse snatching and then they get into maybe breaking into homes...usually you just move up.”

The chief said that for someone to do something so random and vicious like what Williams is accused of, “makes you wonder, is this individual maybe tied to some other cases where he’s done this before?” Palmer asked. He said Clarksville is still investigating and also reaching out to the agencies to see if they have any cold cases that the details of this case may match.

“To think that somebody could just go out there and do this at random on the spur of the moment, it’s mind boggling to me,” he said. “It just does not make sense at all.”

Clark County Prosecutor Jeremy Mull said after the hearing he intends to seek justice for Gambetty and her family and said depending on Williams’ background, could file an enhancement to the charges.

“In this particular situation the victim did suffer a violent death, it was a gruesome crime scene and it’s very important to me as the prosecutor that the perpetrator be held responsible, be convicted and face justice in this case,” Mull said. “This is just a very tough, difficult case here as far as the facts, what happened to this victim. It’s just a very sad situation.

“My heart goes out to the family members of the victim. I want to assure them that I will do everything in my power as a prosecutor to get justice for their mother, for their sister and get the perpetrator convicted and get an appropriate sentence.”

Gambetty previously worked for the News and Tribune. She retired in March.

Williams has a pretrial conference set for Sept. 1 with a jury trial scheduled for Jan. 18 at 9 a.m.