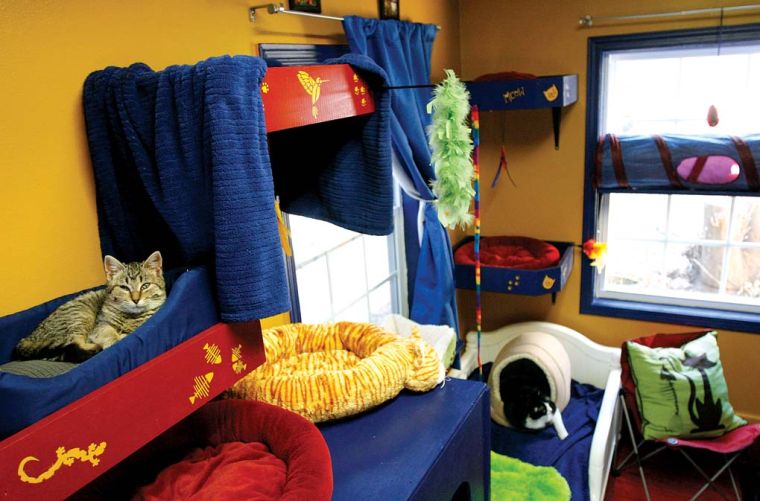 A tabby cat sleeps in an elevated bed Friday afternoon inside the new kitten room at the Animal Protection Association in Jeffersonville. 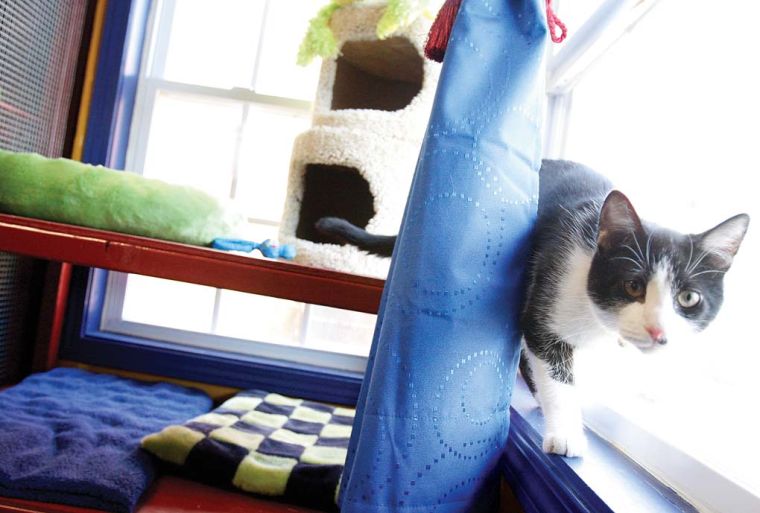 A gray and white kitty cat walks along a windowsill Friday afternoon inside the new kitten room at the Animal Protection Association in Jeffersonville.

A tabby cat sleeps in an elevated bed Friday afternoon inside the new kitten room at the Animal Protection Association in Jeffersonville.

A gray and white kitty cat walks along a windowsill Friday afternoon inside the new kitten room at the Animal Protection Association in Jeffersonville.

A fresh paint job, a new floor and custom-built furniture aren't among things that a cat generally holds in high regard.

However, volunteers at Jeffersonville's Animal Protection Association, are hoping it's something that potential pet owners will.

The association – a non-profit and no-kill shelter on 11th Street in Jeffersonville – is putting the finishing touches on its kitten nursery with such improvements. The shelter is not like many others in that most of the cats roam free, climbing around cat trees and other furniture, instead of spending their hours behind bars.

“We wanted to make it cute and inviting for adopters and make it homelike for the cats,” said Susan Hammon, a volunteer who helped decorate the kitties' new digs. “The idea is that the cats are in this house, essentially running free.”

And it's not as though they have the full run of the building. There are rooms and some cages in which some of the cats are contained.

Andy Scott, of Louisville-based Candor Construction, volunteered to build the wooden boxes, beds and cage for the new kitten nursery.

“It was a lot of fun,” he said, noting that it became a project for he and his two sons. “I love to build stuff.”

Hammon said the room is being completed as spring time usually brings a lot of new tabby tenants and siamese squatters.

“Anytime now, we're expecting a flood of kittens,” she said.

Currently, according to association president Faye Hinton, the organization has about 40 cats, not all of which are at the shelter. In a given year it finds homes for about 200 cats, she said.

Those interested in adopting at cat can call (812) 283-6555 for an appointment. The shelter also has adoption hours between 11 a.m. and 4 p.m. on Fridays and Saturdays at 702 East Eleventh Street, Jeffersonville.