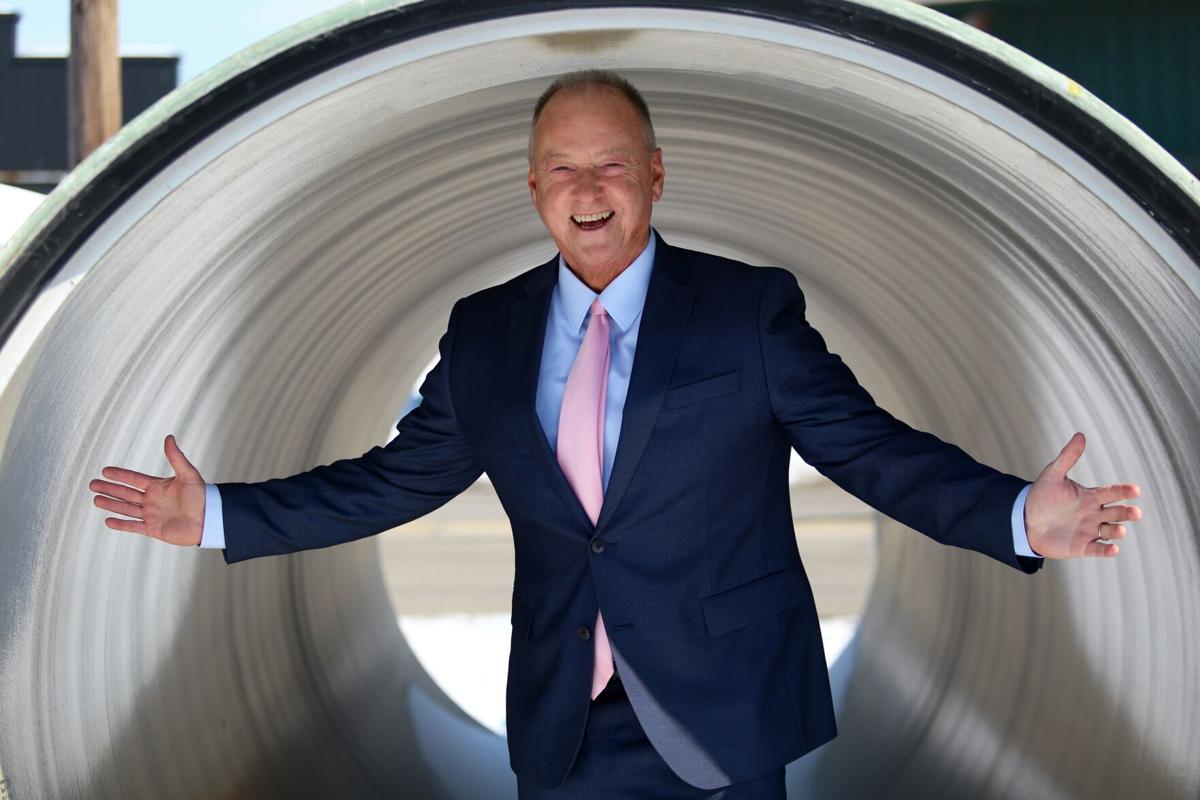 Jeffersonville Mayor Mike Moore stands inside one of the many sewer pipes that will be installed underground through the massive project. 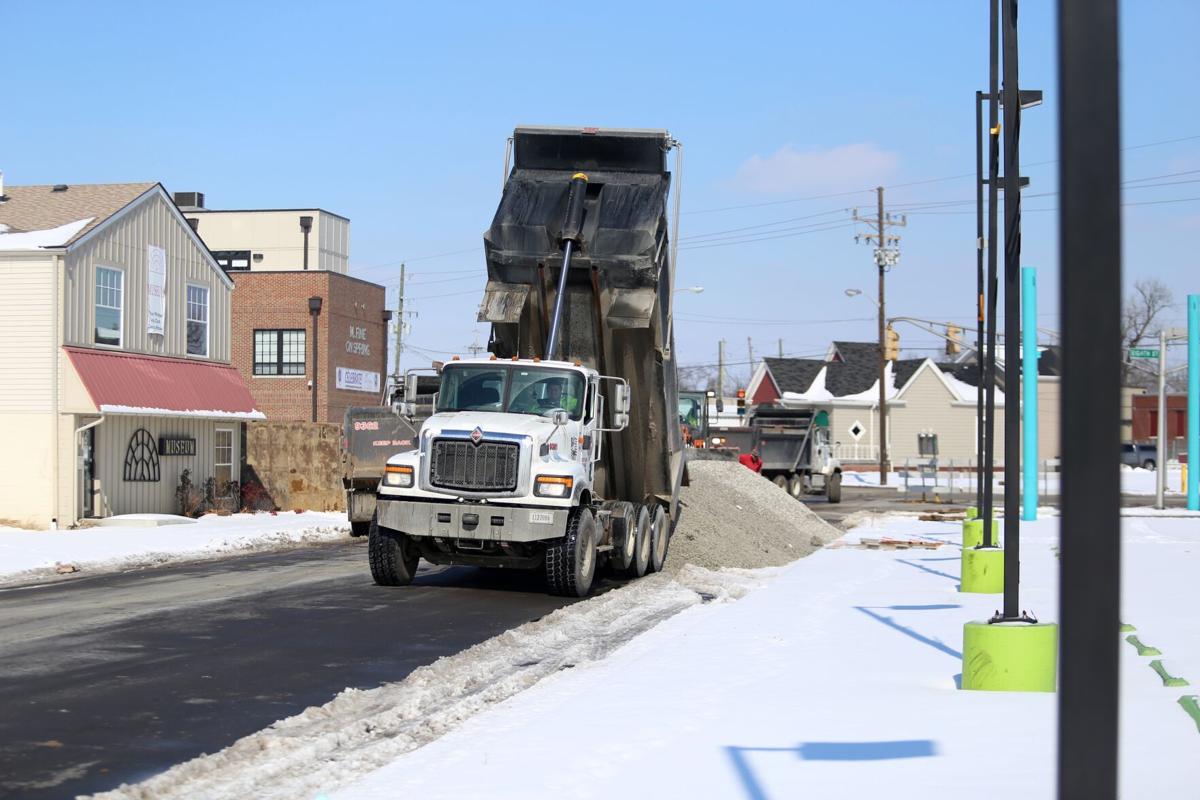 A load of gravel is delivered by a dump truck at the work site Friday near Spring Street in downtown Jeffersonville. 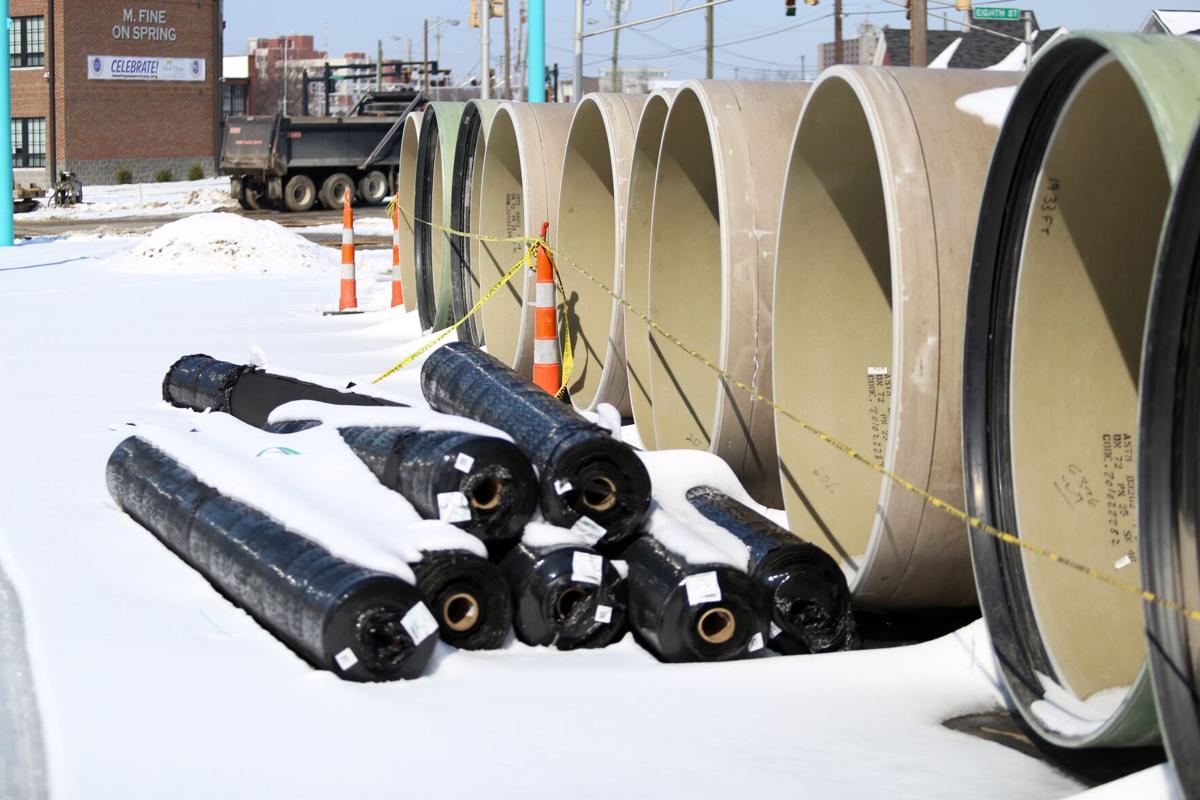 Several pipes have been stored near the Vintage Fire Museum in downtown Jeffersonville as work has started on phase three of the sewer project.

JEFFERSONVILLE — Though millions of dollars will be invested into the project, Jeffersonville Mayor Mike Moore knows it’s not the kind of endeavor that gets a lot of publicity or attention.

But Moore also knows that when traffic is disrupted as part of the city’s largest sewer project in its history, people will want to know what it’s all about.

In an effort to provide transparency about what has been dubbed the Jeff Digs undertaking, the city has established a website with information on the project, including the effect it will have on traffic.

The website, jeffdigs.net, has a timeline showing streets that will be affected during construction through April 2022. There’s also information detailing the history of Jeffersonville’s sewage woes, why the city elected to pursue the project and a form that residents can fill out if they have additional questions.

“When you talk about sewer pipes, it’s not the conversation that people bring up around the dinner table,” Moore said of the reasons why the city wanted to create the website.

People can quickly find answers to their questions and learn about the project as it progresses over the next two year by accessing the website, he said.

Jeff Digs is the third phase of a sizable effort to get a federal consent decree lifted, and the city has been assured that it’s taking the right path.

The decree was issued in 2009, but Moore said the city was first contacted by the U.S. Environmental Protection Agency regarding overflow issues about five years before the official action was taken.

Like many river cities, Jeffersonville was chided by the EPA for combined sewer overflows. The overflows typically occur during heavy rainfalls and lead to wastewater and stormwater mixing and flowing into watersheds and rivers, causing contamination.

The city has increased wastewater capacity downtown as well as via a second sewer plant at River Ridge Commerce Center. Jeff Digs is the phase that will live up to its name, as massive pipes will be installed up to 25 feet below the surface in the city’s downtown.

Construction has begun near Eighth Street and will extend along Wall Street and Chestnut Street in the coming months.

“If you want to grow as a community, this is a task you have to undertake,” Moore said.

Previous administrations had suggested constructing a canal to meet the EPA mandate, but Moore rebuked the idea when he became mayor in 2012 over costs. Though Jeff Digs is estimated to cost about $21 million, Moore said that’s about half of the expense of other proposals for alleviating the combined sewer overflow issues.

“You’ve got sewer lines underneath where we’re standing right now, 25 to 30 feet below us, some of which are 150 years old,” Moore said Friday at the construction site near the city’s NoCo Arts and Cultural District.

The project will address the EPA concerns and also provide reliable sewer infrastructure for the downtown area for decades to come, he continued. It’s also being done without raising sewer rates on city residents, Moore said.

The Jeffersonville City Council has been asked to raise rates for customers outside of the city by about 14.5%, and to increase tap-in fees for new developments. Those increases are primarily tied to increasing capacity at the River Ridge plant.

Moore said there’s no way of getting around the fact that the project will be a disruption at times for businesses and motorists.

There’s a video on the website with city officials and others talking about the impacts. Josh Darby, project engineer with the firm Jacobi, Toombs & Lanz, said work will not occur on private property but will be limited to public rights-of-way.

“The main impact that the residents can expect to see are road closures and detour routes,” Darby said.