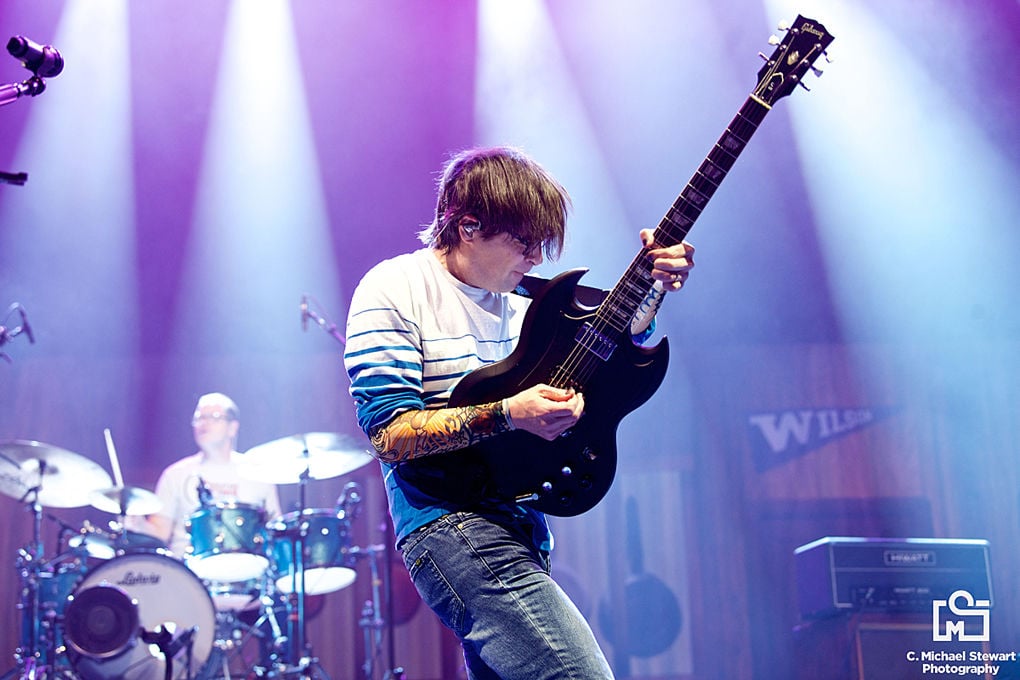 Rivers Cuomo of Weezer plays to the crowd against a backdrop of the diner from the band's popular "Buddy Holly" video Friday at the KFC Yum! Center. 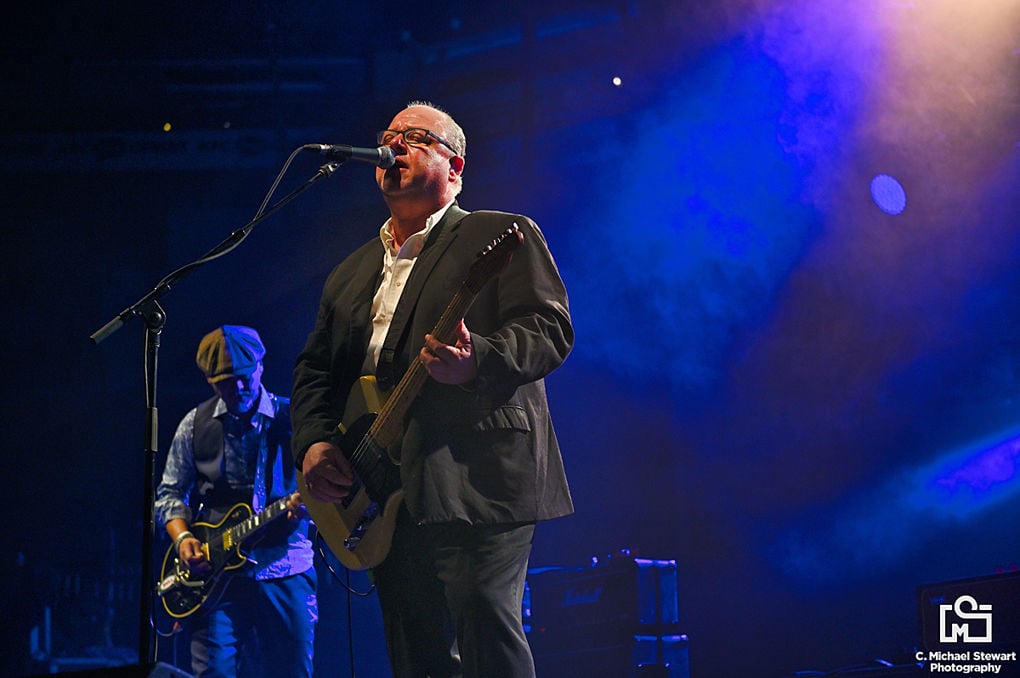 Pixies' frontman Black Francis belts out a song during a Friday concert at the KFC Yum! Center.

Rivers Cuomo of Weezer plays to the crowd against a backdrop of the diner from the band's popular "Buddy Holly" video Friday at the KFC Yum! Center.

Pixies' frontman Black Francis belts out a song during a Friday concert at the KFC Yum! Center.

LOUISVILLE — If anyone going to see the Pixies and Weezer Friday night in Louisville didn't know what to expect from the iconic musicians, they left with a smile and an energy that would leave them bouncing in their Vans for hours after it ended.

The bands, with special guest opener Basement, kicked off a 21-city Live Nation tour March 8 at the KFC Yum! Center to a packed house. The tour continues into next month, hitting cities such as Montreal, St. Louis and Portland before closing April 12 in Las Vegas.

The crowd was a mix of ages — from those who scream-sang tunes from Weezer's self-titled blue album with their windows down in their first car in the mid 1990s, to their teens they brought along to see what a pop-punk show should be, to the 20-somethings. It was clear that the music, which has stood the test of time, was a great unifier for all to have fun that night.

Spotlights shone on the sea of heads bouncing to the soulful vocals and calculated instrumental discord the Pixies put out, at times both heavy and dreamy, always infused with energy.

And while there were plenty of Pixies shirts dotting the crowd and people singing along to more than just the hits "Where is My Mind" and "Andalusia," it became clear when the headliners hit the stage that this was more of a Weezer crowd.

Bands with long careers always have to face the choice of playing the OG tunes that first attracted their fan bases — the songs everyone knows — or leaning toward newer stuff they've been producing. Weezer knows this, and gave the fans what they wanted.

Fans were brought to their feet as Weezer lead singer and guitarist Rivers Cuomo, ever the confident, bratty nerd, bounded onstage with shaggy hair and ripped into "My Name is Jonas," a song that helped bring the band huge success more than 20 years ago.

Against the backdrop of the diner from the "Buddy Holly" video, which later switched to a garage scene for "The Sweater Song" the band continued to play songs the crowd knew by heart, sneaking in only occasionally a newer song or ones from its latest release, known as the Teal Album. This 2019 release listens like a mixtape of favorite 1980s karaoke songs, including Toto's "Africa" and A-ha's 1985 hit "Take On Me," which again brought the crowd to their feet.

At one point, Cuomo hopped into a boat and sailed around the center, carrying the show's energy to the back of the room. Playing several songs here, he started with "Holiday" and even at one point broke into a medley that included a few seconds of early Green Day. The room took on an eerie glow as thousands of fans swayed with their phone flashlights on — the modern take on the practice of waving lighters during slow rock ballads of days' past.

At the end of the set, the band disappeared only to reappear minutes later for an encore — putting a period on the night with "Say It Ain't So," the heavier 1994 jam that has probably served as a break-up anthem for many a heartbroken lover in the years since its release.

As the thousands poured out into the downtown Louisville streets, they danced, laughed, smoked, talked with friends and strangers, made plans to eat, and who to see next week. Though we went back to our separate lives, for a few hours Friday we were all together and we were happy, united in the memories of simpler times and the magic of music.