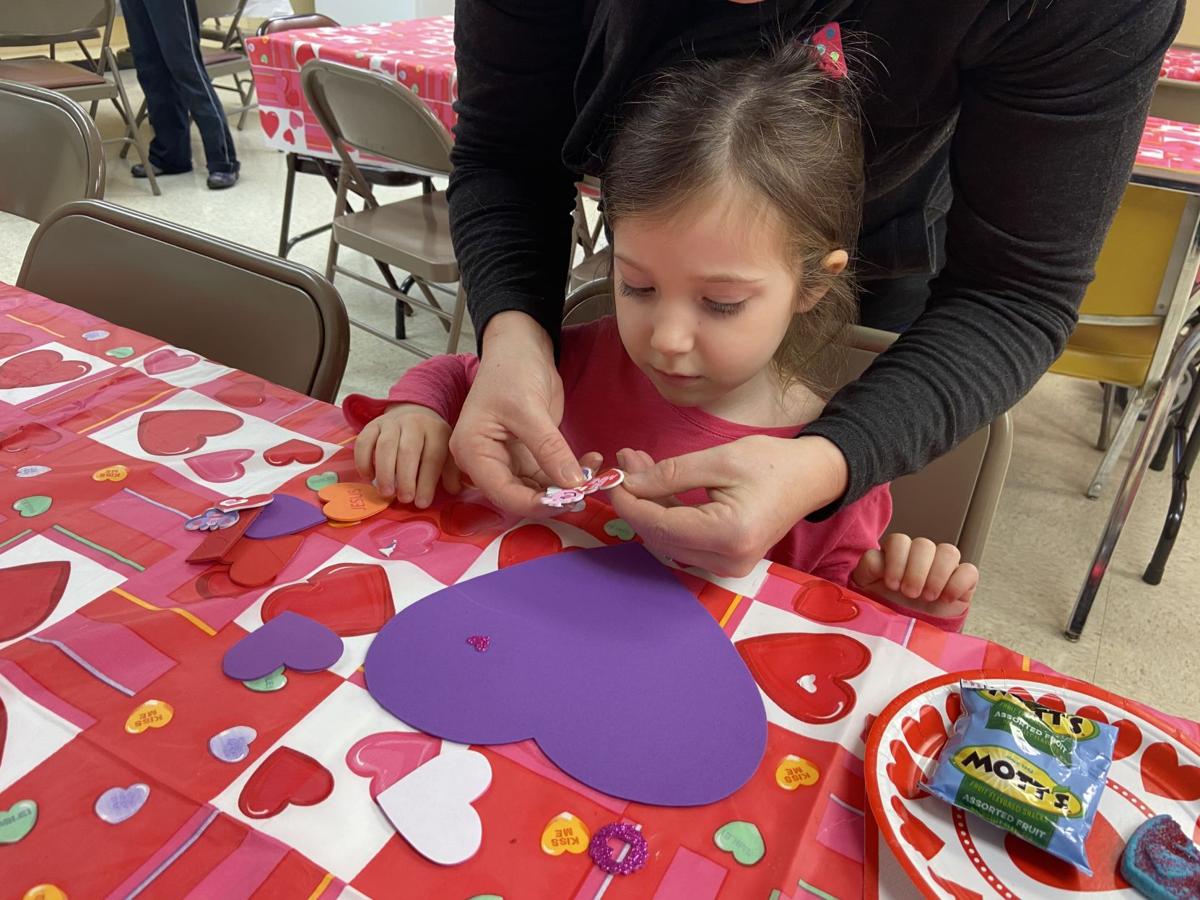 Peyton Tedder, 3, watches as her mom shows her how to decorate a heart with stickers at Thursday’s Wiggles and Giggles Valentine’s Day craft activity at the Griffin Recreation Center in New Albany. 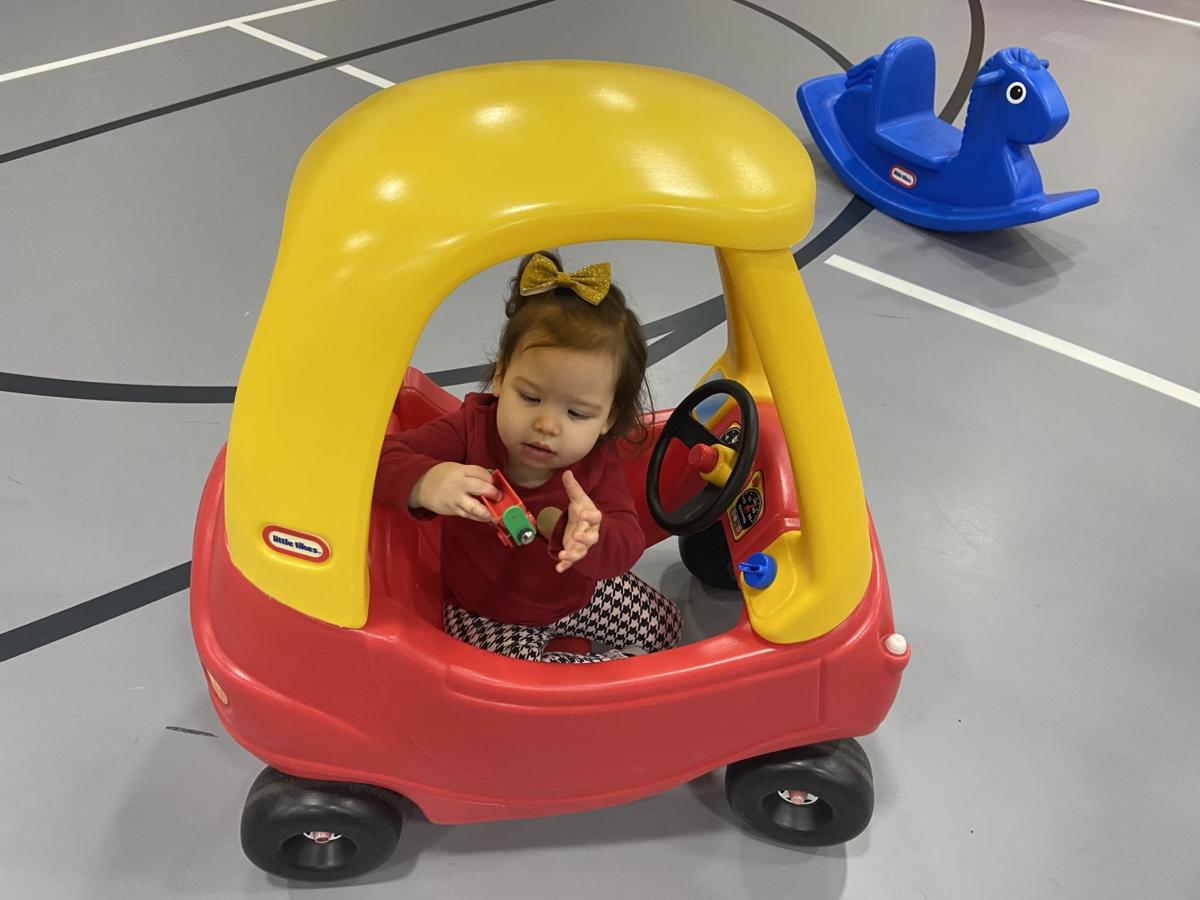 McKenna Moloney, 15 months old, makes herself at home in a toy car at Griffin Recreation Center during the Wiggles and Giggles. 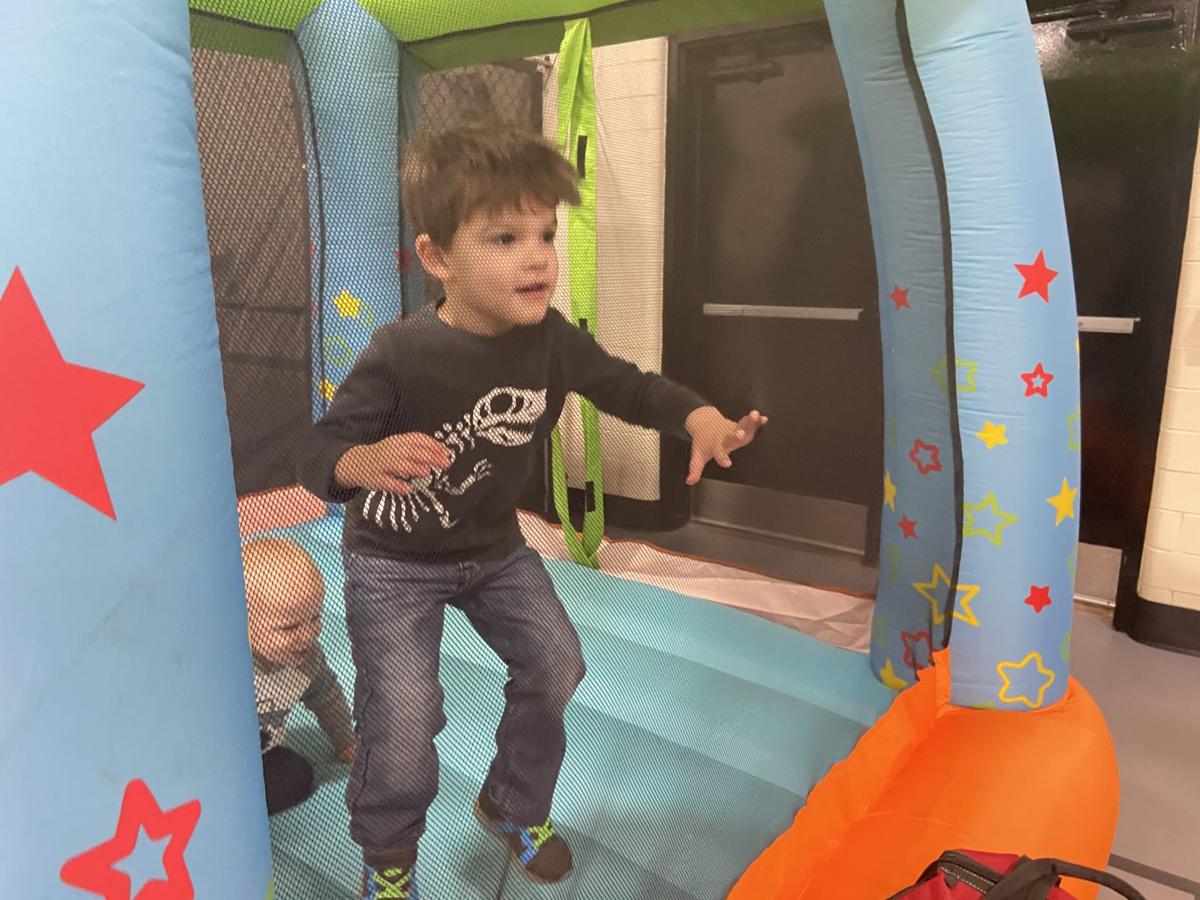 Everett Drysdale, 3, jumps in a bouncy house Thursday at the Griffin Recreation Center in New Albany. 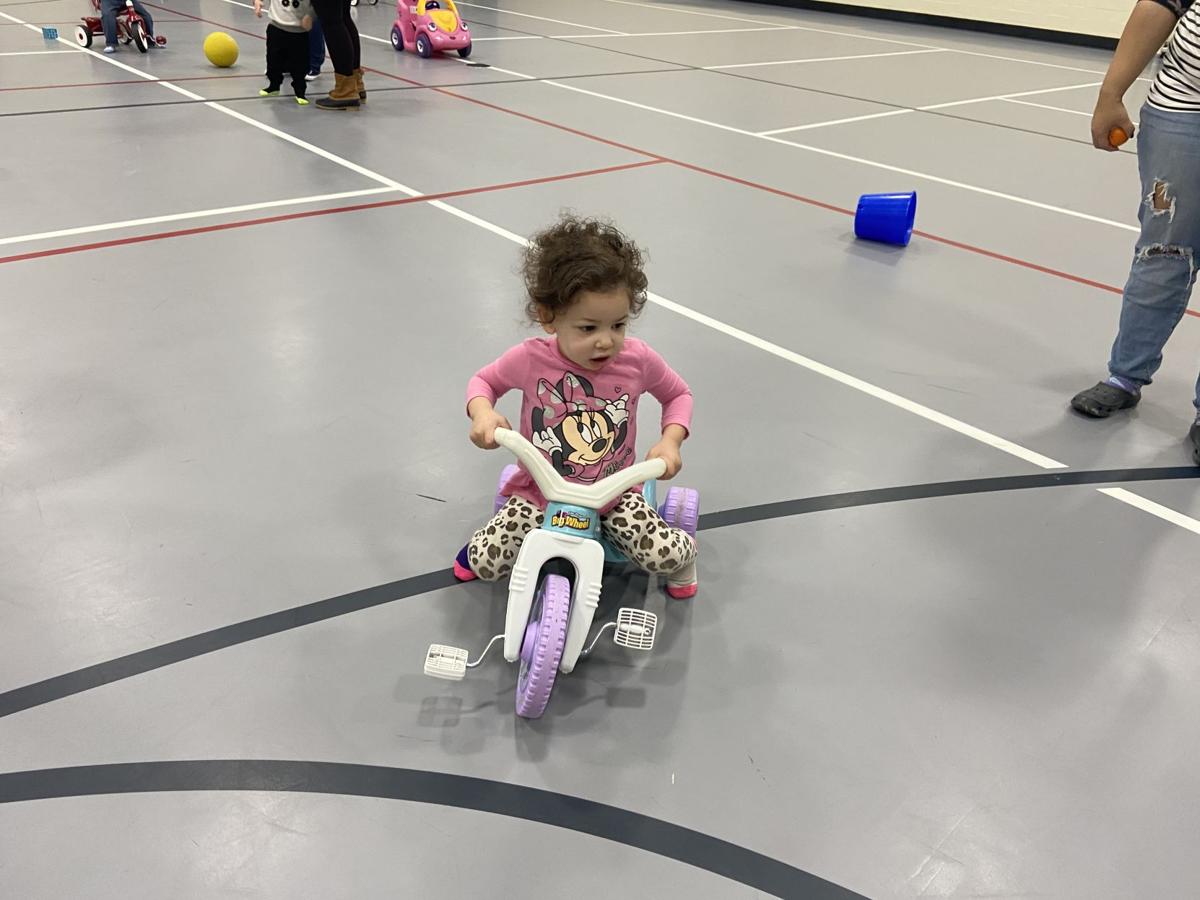 Isabelle Peacock, 2, cruises an indoor playground aboard a Big Wheel at Wiggles and Giggles on Thursday.

Peyton Tedder, 3, watches as her mom shows her how to decorate a heart with stickers at Thursday’s Wiggles and Giggles Valentine’s Day craft activity at the Griffin Recreation Center in New Albany.

McKenna Moloney, 15 months old, makes herself at home in a toy car at Griffin Recreation Center during the Wiggles and Giggles.

Everett Drysdale, 3, jumps in a bouncy house Thursday at the Griffin Recreation Center in New Albany.

Isabelle Peacock, 2, cruises an indoor playground aboard a Big Wheel at Wiggles and Giggles on Thursday.

Wiggles and Giggles, a free activity for preschoolers ages 5 and under, takes place at the Griffin Recreation Center. Parents and caregivers can bring children to the center’s playroom and indoor playground every Monday and Thursday, and each month, the center offers preschool craft activities and other special events such as creating homemade playdough. The program was Valentine’s Day related on Thursday, when preschoolers could decorate their own heart-shaped cards with stickers.

The playroom is open from 10 a.m. to noon both days each week, and on Thursdays, an indoor playground in the center’s gymnasium is open during that time. Children can play with a chalkboard, play kitchen and age-appropriate toys in the playroom, and the indoor playground offers a bouncy house, toy cars/bikes and other toys for toddlers. Children must be accompanied by a parent or guardian.

Amy Salazar, program director at the New Albany Parks and Recreation department, said Wiggles and Giggles is a beneficial asset to the community, particularly since it is a free event that it is open to the public.

“There’s just not a lot out there for parents with little kids that stay home during the day, and so it’s just a really good place where they can run around and get some energy out and be social,” she said. “A lot of the kids don’t go to preschool, so it’s a social setting for them.”

Jeffersonville resident Kyra Peacock typically brings her 2-year-old daughter, Isabelle, to Wiggles and Giggles twice a week. She considers it to be the area’s best play program for toddlers, and she appreciates the arts and crafts activities. Isabelle particularly enjoys the bouncy house, and the toddler can learn social skills such as sharing by playing with other kids in the playroom and playground, her mom said.

New Albany resident Dallas Gambrel brought his 2-year-old daughter, Amelia, to Thursday’s Wiggles and Giggles. They have been attending once a week for about a month, and he likes that the Griffin Recreation Center offers interactive winter recreation activities for toddlers. Amelia enjoys playing with the toy cars and wandering about the indoor playground, he said.

“It’s cool — I stay at home with her during the week, so when the weather’s nice, we spend a lot of time at parks and things like that, but in the winter, it’s good to have a place to go,” he said. “We go to the library on Tuesdays, as well, so any time we can have something to do to be around other kids and get out of the house, it’s good for us.”

Louisville resident Melissa Tedder brought her daughter, Peyton, 3, to Wiggles and Giggles. Last week was their first time at the indoor playground, and the stay-at-home mom plans to continue bringing Peyton once a week.

“It makes people want to get out and do things and explore their community and see what else there is out there to do and meet different people,” Tedder said.

New Albany resident Haley Moloney typically attends Wiggles and Giggles both weekdays with her 4-year-old son, Kaden, and 15-month-old daughter, McKenna. It is a good way for them to get out of the house and spend time with others, she said.

“It’s really nice, because when we lived in Louisville there was nothing like this at all,” she said. “With everything you would have to pay a membership or it’s only once a month, so this gives us an opportunity to socialize our kids before they go to school, learn sharing and all that kind of stuff. And it gives them something to look forward to. We wake up Mondays and Thursday mornings, and my oldest is like, ‘it’s Wiggles and Giggles day.’”