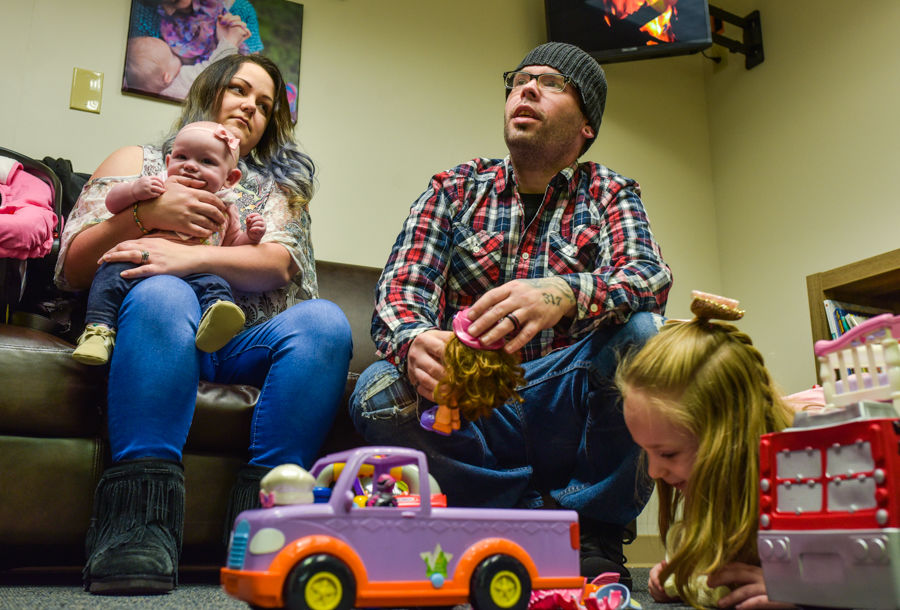 Cassandra and Dustin Obermark say good communication is key in keeping their relationship strong, which helps them be even better parents to their two girls — Nora, 4 months and Natalya, 5 years old. 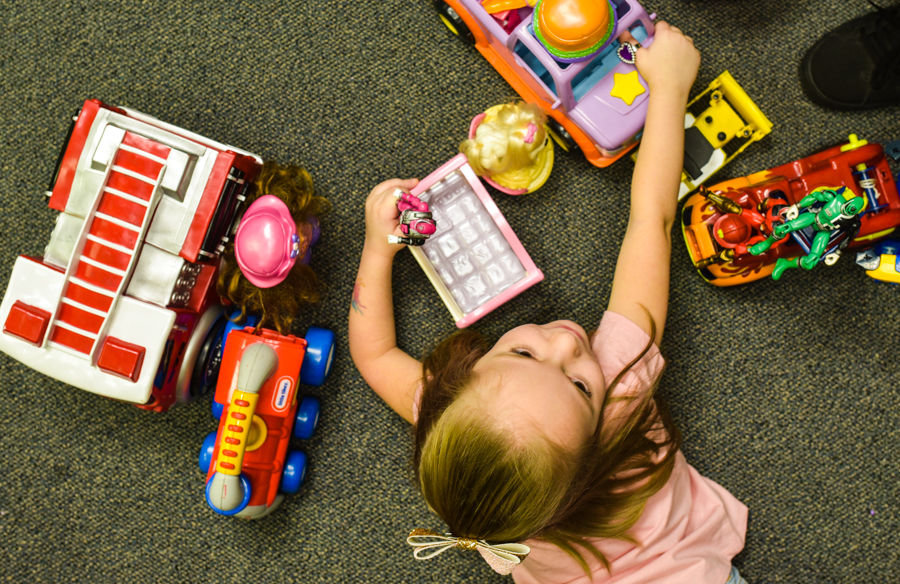 Five-year-old Natalya Obermark smiles as she plays with her father, Dustin. 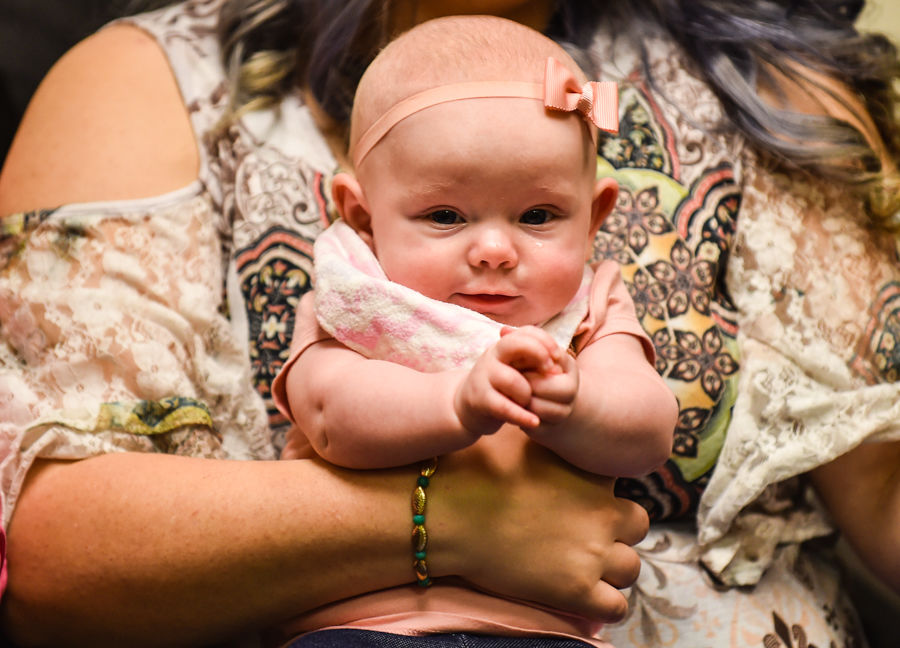 Four-month-old Nora Obermark sits on the lap of her mother, Cassandra. The mother found that working with New Hope Services, Inc. following her birth, helped lessen her post-partum depression.

Cassandra and Dustin Obermark say good communication is key in keeping their relationship strong, which helps them be even better parents to their two girls — Nora, 4 months and Natalya, 5 years old.

Five-year-old Natalya Obermark smiles as she plays with her father, Dustin.

Four-month-old Nora Obermark sits on the lap of her mother, Cassandra. The mother found that working with New Hope Services, Inc. following her birth, helped lessen her post-partum depression.

NEW ALBANY — When Cassandra and Dustin Obermark met, they both saw signs that they were meant to be together. Now, married five years, the New Albany couple puts in the work to keep their family strong and full of love.

"Communication is pretty big in our relationship," Dustin said. "If you've got a problem, put it on the table and solve it. Whatever your conclusion, there's always compromise."

Before they'd met, Cassandra had been told she may not be able to have children; she prayed for God to let it happen only if it was with the right person, one she was supposed to be with.

When she got pregnant with Natalya, now 5, "I took it as a sign that it was meant to be," she said.

Cassandra and Dustin have a strong bond and lift one another up when they're down, including in their work-life balance. The couple both worked at Toys R' Us in Clarksville before it closed. After that, Cassandra worked as a general manager of another local retail store and recently started working in the kitchen at a nursing home. Dustin, who has a background in manufacturing, has done some temporary work but is still looking for solid work.

Right now, he works as a full-time stay-at-home dad for the girls. It's a time he's grateful for, that he's able to spend so much time with their daughters and grow their bond.

"I think what's good with our parenting too, we don't have one of us the bad guy and one of us the good guy," Cassandra said. "We both equally share the good times and the bad times.

Despite love within the family and her husband's support, Cassandra still found herself experiencing post-partum depression after Natalya was born. That's why after the couple's second child, Nora, was born in July, Cassandra took the opportunity to get hooked up with New Hope Services, Inc. which she said has helped immensely with depression and anxiety.

"It's helped with everything," Cassandra said. "And honestly it's made me be a better person in a way."

The mother is from around Carmel, where much of her family still resides. Working through things with her caseworker was a godsend, she said.

"I'd be in a totally different place now if it wasn't for her," Cassandra said, adding that the caseworker has also helped with things like rides while the family tries to get their car fixed. "She's like a part of the family. I can text her if I need someone to talk to...it's helped out a lot."

While the family has their ups and downs, they work to get stronger — to get ahead of their bills, to make enough money to move out of the small place they currently live in with two growing children. At the end of the day, they have each other.

"We try to be traditional," Dustin said. "We have us figured out and I think that's what really matters. We take time to get to know each other and change with each other. Change is inevitable and you either change together or you grow apart. as long as we've been together we've grown together."

The best way to assist families is with a financial donation, with which items will be purchased. With each of the profiles of the three families being featured Nov. 27, 29 and 30 in the News and Tribune and at newsandtribune.com will be a list of items needed. Donations can be dropped off at New Hope, 1302 Wall St., Jeffersonville. Checks can be mailed to New Hope to that address. Call 812-288-4304 with questions. Those wishing to donate with a credit card should go online to newhopeservices.org/donate.html and designate it as a Wish Book donation. The deadline to donate is Dec. 13.

New bed and dresser for Mom and Dad