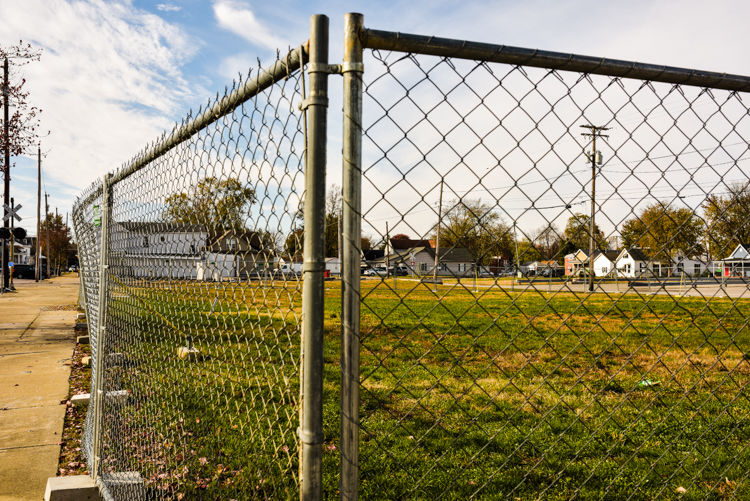 Work on the 56-unit Lancaster Lofts is expected to begin shortly, after the development was delayed due to site cleanup. 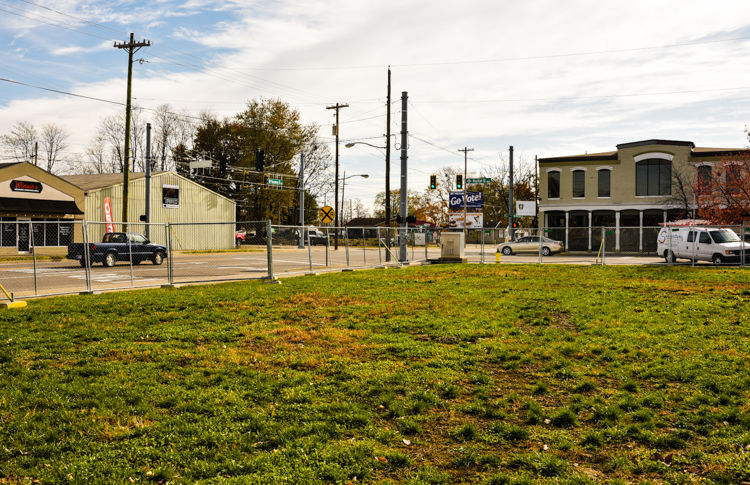 Officials say that construction on Lancaster Lofts, located at the corner of Vincennes and Market streets, is expected to last eight to ten months, contingent on weather.

Work on the 56-unit Lancaster Lofts is expected to begin shortly, after the development was delayed due to site cleanup.

Officials say that construction on Lancaster Lofts, located at the corner of Vincennes and Market streets, is expected to last eight to ten months, contingent on weather.

NEW ALBANY — Since breaking ground in July, not much work has been done on the Lancaster Lofts residential development, causing some to wonder if the project has hit speed bumps.

At this past summer's ceremony, project officials said development on the site would begin in the weeks that followed. But as of now, the land that once held Market Boy and the Tommy Lancaster Restaurant near the corner of Vincennes and Market streets remains a fenced-off, empty strip of grass.

Developer Paul Barber, who co-owns Lancaster Lofts LLC with Matt Toole and Mike Kemp, said his team has been working through site cleanup with the Indiana Department of Environmental Management. That process is the reason behind the delay in construction, he said.

"In an effort to save some cost, we dealt with the remediation of the ground a little differently than we originally had planned," Barber said. "It saved us a considerable amount of money, but it cost us some time."

Buried beneath the site were petrol tanks, found during excavation, from a former business. The original plan, Barber said, was to simply remove the tanks, then backfill and re-grade the ground.

Such a process would have been quite expensive, so developers looked at alternative options.

"Because the plume of contamination was a little larger than what we had originally thought it might be, it was going to be very costly to do that," Barber said. "We went to a different method, which basically chemically treated the ground, since there were low levels of contamination. What that did was save us money."

Since contaminants were involved, IDEM had to monitor the process and approve its completion. Barber said that any environmental situation on a development is likely to cause some sort of delay.

In this case, Barber and his team just got approval this past week. With colder months ahead, that likely means significant work on the site won't begin until spring 2020.

"The problem is it pushed us against winter," Barber said. "For us to get a significant amount of work done, I think the biggest startup will happen in spring."

Though major changes aren't expected to be seen this year, Barber noted that Duke Energy will be doing some prep work on the site soon, along with other activity.

The 56-unit complex is expected to cost between $4.5 million and $5 million to build. The main style of the units will be micro-lofts, comprising roughly 300 square feet, with rent prices ranging from $550 to $850.

Once the construction process begins, it's expected to last eight to 10 months.

"We're still excited about it," Barber said. "We didn't anticipate all the delay, but we're looking forward to it. It's going to be good for the city. People are anxious, and we realize that."