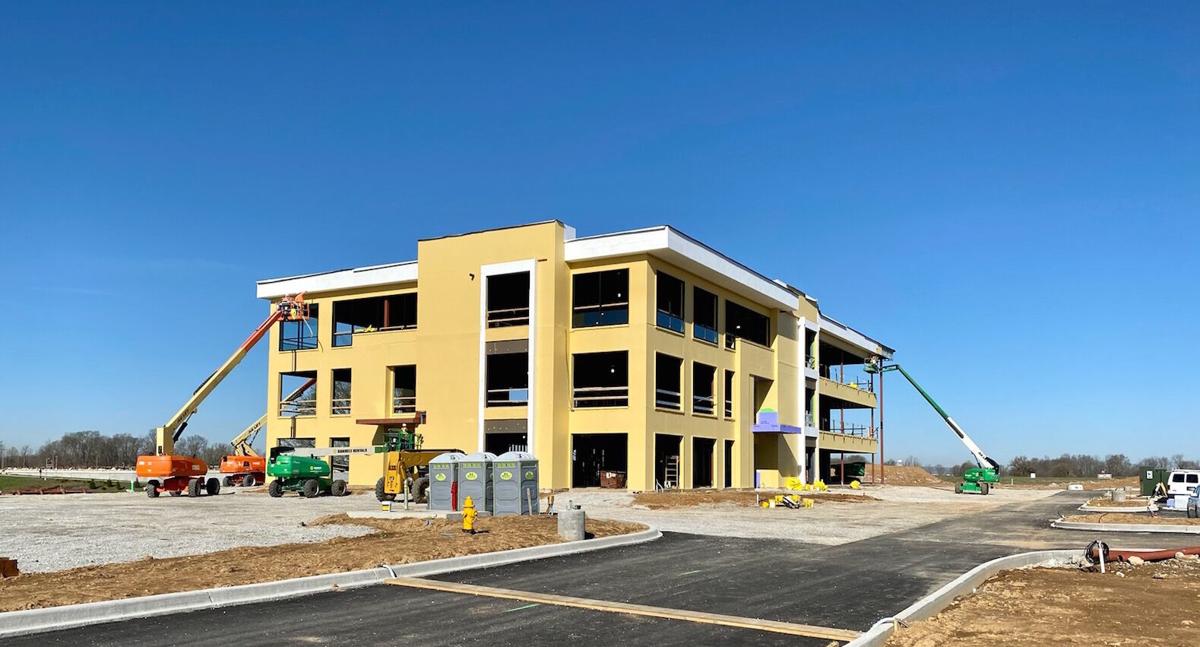 The future home of Clark County’s government center and River Ridge Development Authority is inside the River Ridge Commerce Center’s office park. The building is expected to be finished in 2021. 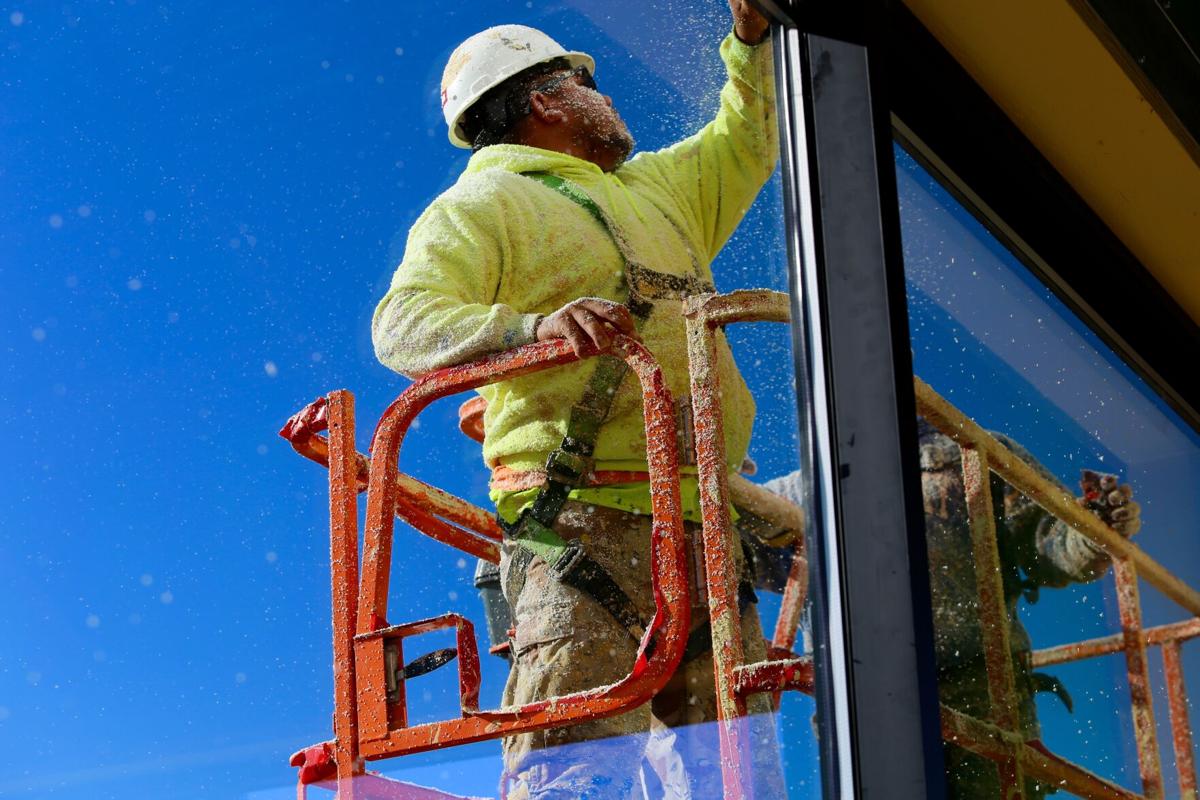 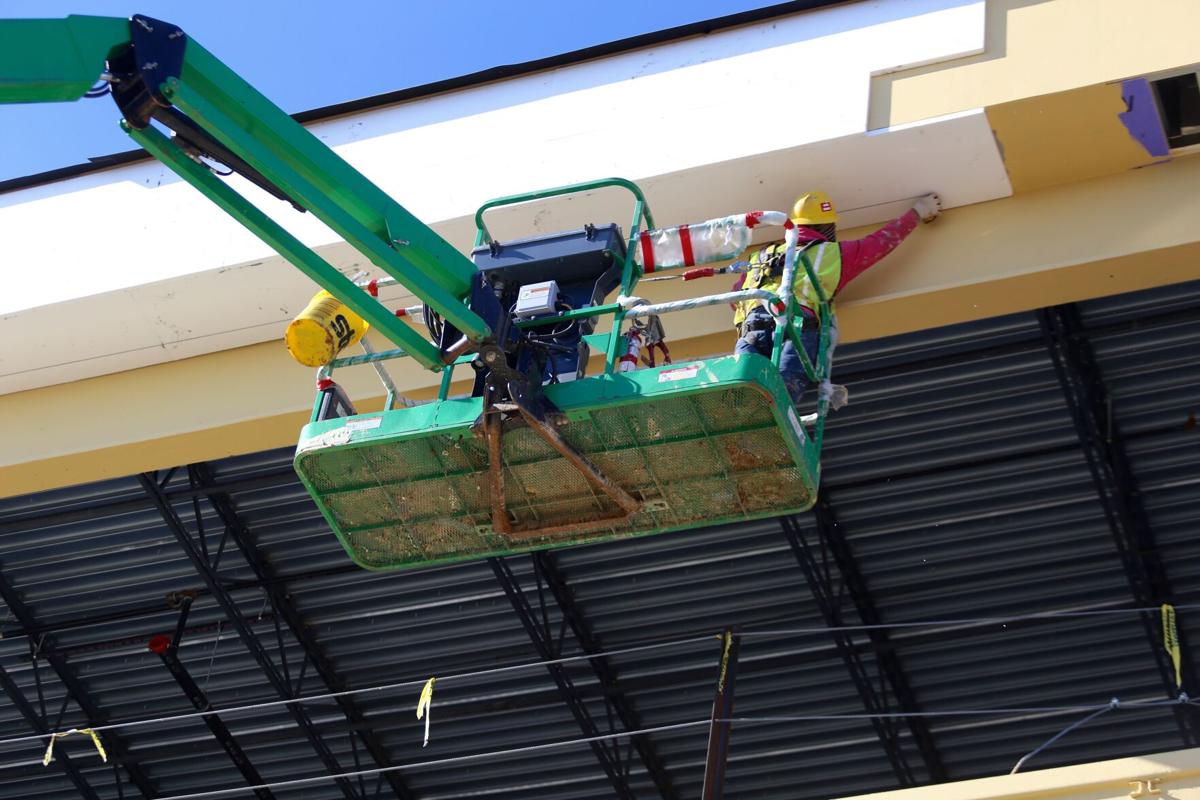 River Ridge Development Authority hopes to be ready to move into the new building by late August. 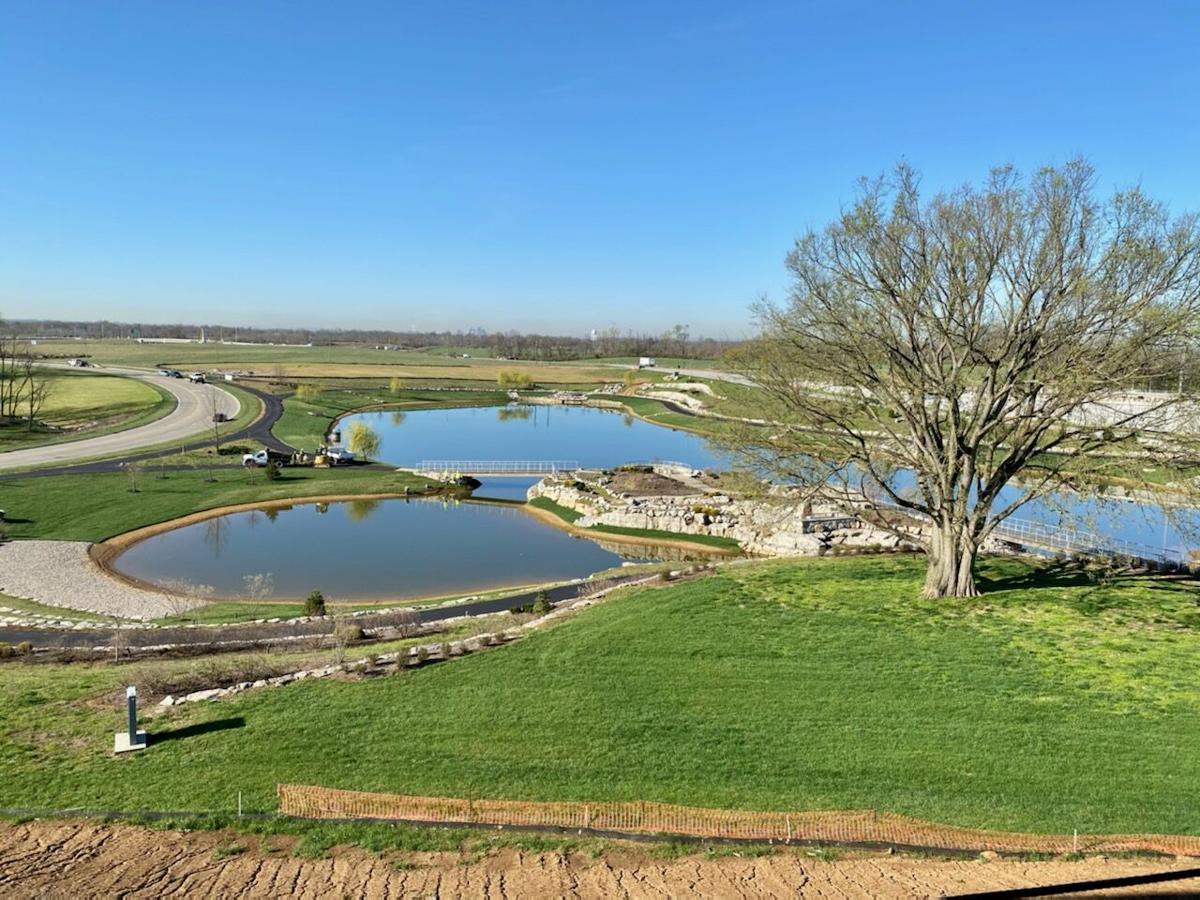 A view of the lake in front of the new office building and at the entrance to the office park. 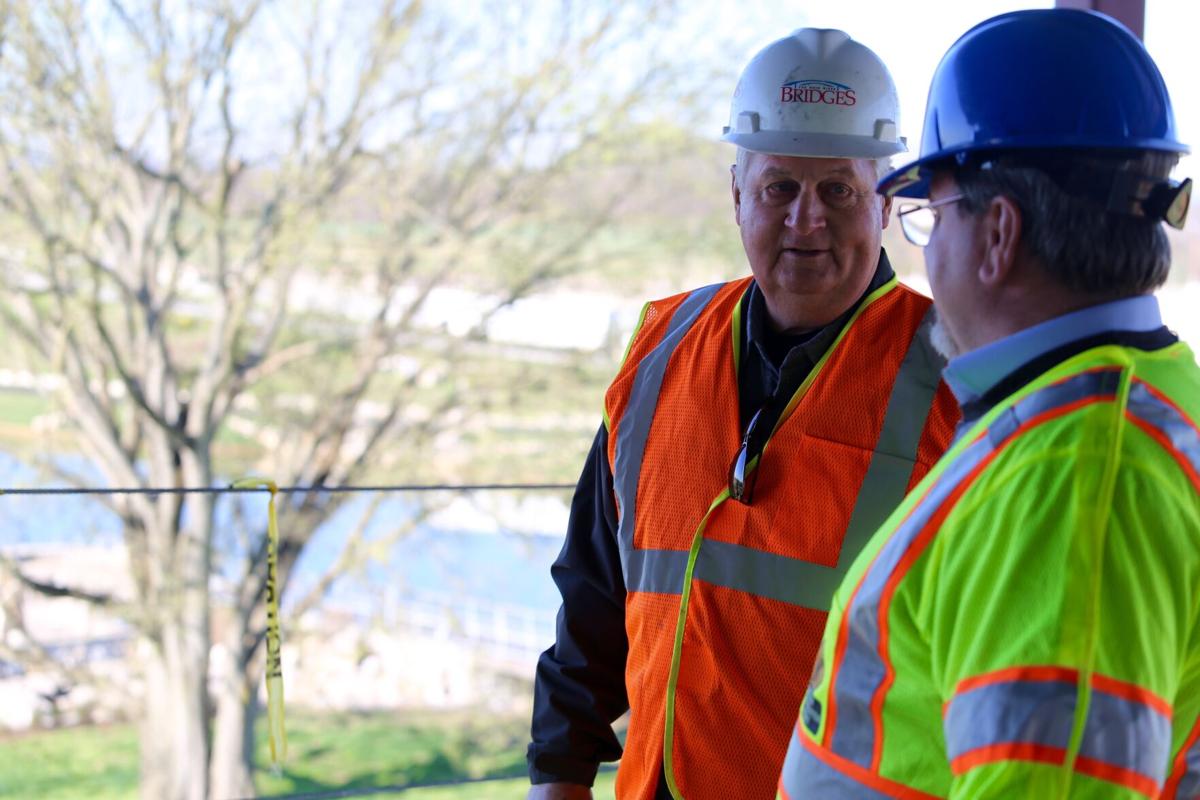 CLARK COUNTY — The construction site was buzzing with activity Monday morning as progress continued on what’s likely to be the home of River Ridge Development Authority and the bulk of Clark County’s government offices by early 2022.

The authority is on schedule to move into the new office building this year, possibly by the fall, and the Clark County Commissioners approved in December purchasing the first two floors of the structure. The bond agreement for the $6.5 million deal is being ironed out, but the county is proceeding with the plan.

The Clark County Government Center in downtown Jeffersonville will be converted into a judicial center, making way for new courts and offices serving the legal system.

But the idea of developing potentially up to 600 acres of River Ridge into a high-quality office park was in the works well before the county showed interest in the site. It stemmed from a strategic plan and the goal of incentivizing world-class industries and businesses to locate their office headquarters inside the burgeoning commerce park.

River Ridge partnered with the development firm Hollenbach-Oakley, which committed $12.3 million to the first building, known as Gateway Office One.

“We set aside about 300 acres initially for the office park, and part of that agreement was they’d go ahead and start the first building, and we’d have the option to potentially purchase that building,” said Jerry Acy, executive director of River Ridge Development Authority.

And purchasing it is exactly what the authority intends to do, using the top floor for its headquarters. That space overlooks a lake that highlights the entrance along Corporate Drive, easily accessible via the River Ridge Exit 11 off Interstate 265 in Clark County.

Developers and officials said they wanted the entrance to be a defining feature of the park, and though it’s still under construction, the lake and Gateway Office One are easily distinguishable.

It’s by design, as planners want the initial office building to tempt other suitors to the site.

“This is setting the tone for all 600 acres,” said Greg Oakley, partner at Hollenbach-Oakley.

The 45,000 square-foot building is the first of three planned for the 10-acre site. One of the structures will be bigger and the other smaller than the first building, which Oakley said will give developers flexibility in attracting tenants.

Hollenbach-Oakley began developing the office campus in 2019, though the pandemic slowed activity last year. Oakley said the market is returning to normal and recruiting efforts will ramp up in 2021.

Getting Clark County to commit to the park was a big addition.

“We’re really glad that they’re coming because we’ll start out with one building that’s full and, hopefully, we’ll have a lot of activity going by the time the second building comes on, so we’re optimistic,” Acy said.

“We feel like this is going to spur a lot of activity. We really wanted it to be a Class A office, inside and out, and basically set the standard for other development that would come behind it.”

Kelley Construction is the general contractor for the project. The third floor of the building is expected to be completed by the end of August.

Clark County Commissioners President Jack Coffman said Monday that the process is being followed in terms of preparing financing and taking care of other matters so that the public offices can be moved to River Ridge.

“We’re finalizing some details,” he said.

Based on a feasibility study conducted last year, Coffman said the two floors that the county will occupy should take care of its needs. The county is unlikely to move to the new building before early 2022 as many issues including preparing the current center for additional courts will have to be completed in step with the change.

The county has contracted with a design firm to create layout plans for the new building.

Coffman said the River Ridge location will place Clark County government at the heart of what will be a bustling business and industry corridor.

“We all know that area is going to expand,” Coffman said. “There will be lots of nearby facilities that will be of a benefit to our employees, too.”