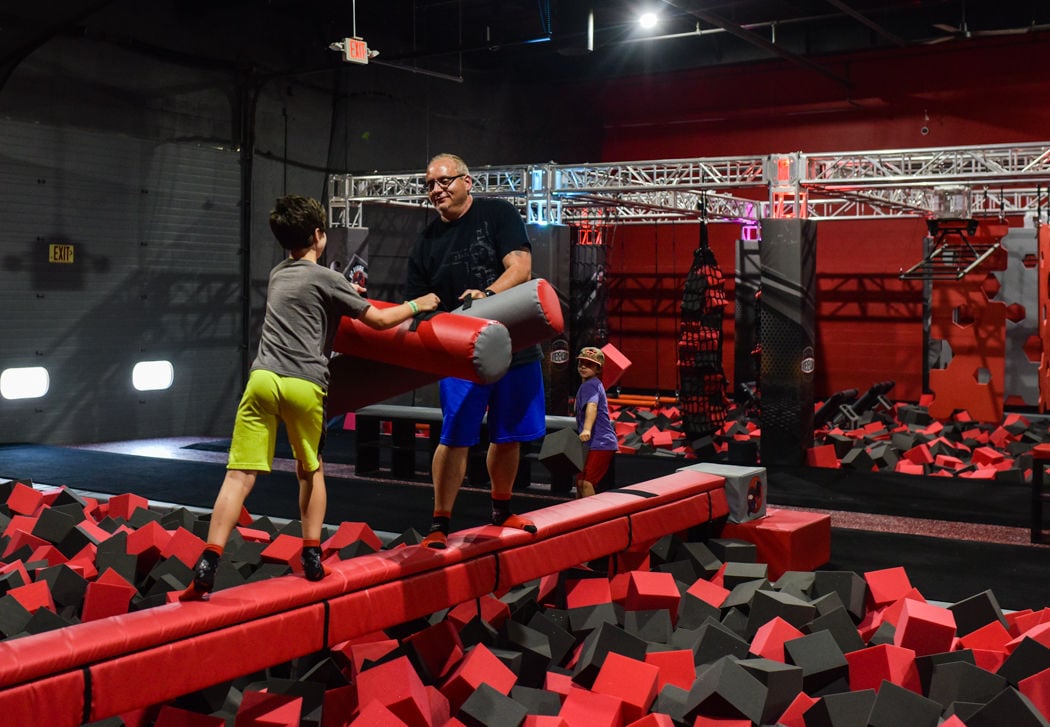 Jason Mattingly battles his son, 12-year-old Logan, over the foam pit as his younger son, 9-year-old Landon, throws a piece of foam at the pair while playing at Xtremenasiumi in Clarksville. 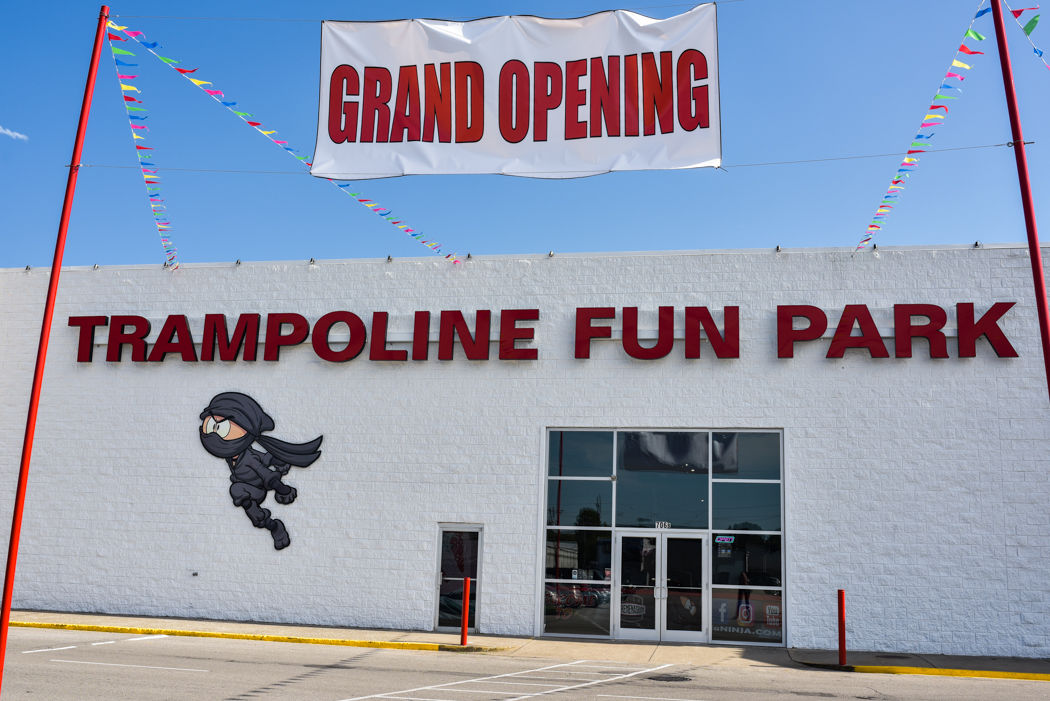 The Xtremenasium Trampoline park will hold its grand opening Monday in Clarksville. 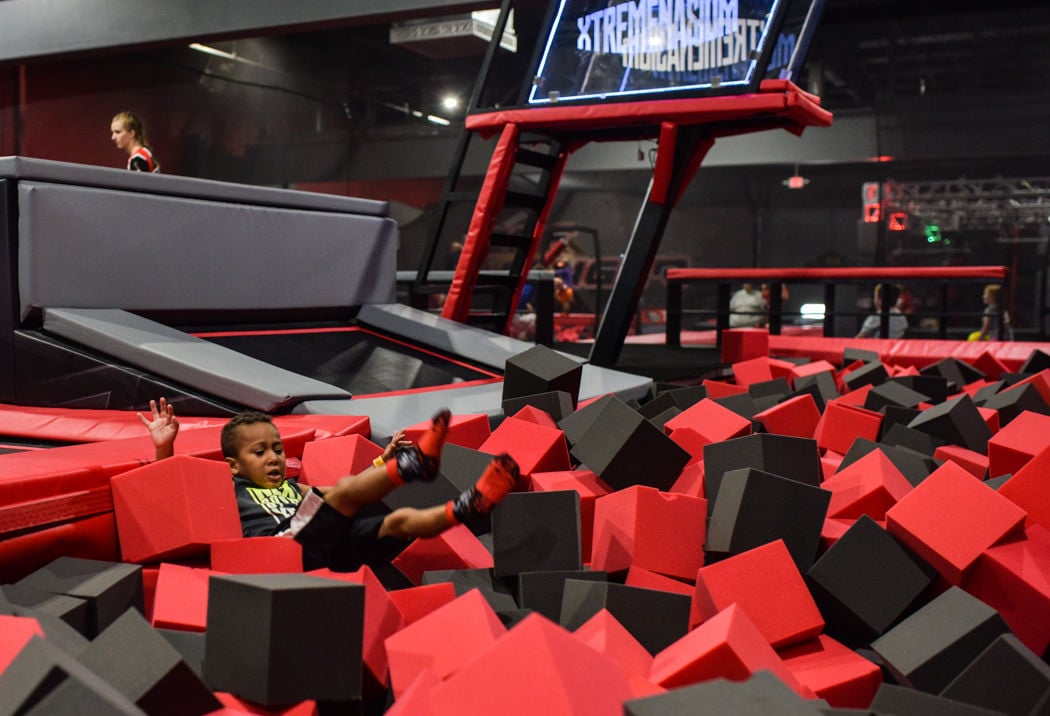 Three-year-old Kannon Parrish lands in the foam pit after leaping from a trampoline while visiting Xtremenasium in Clarksville on Friday.

Jason Mattingly battles his son, 12-year-old Logan, over the foam pit as his younger son, 9-year-old Landon, throws a piece of foam at the pair while playing at Xtremenasiumi in Clarksville.

The Xtremenasium Trampoline park will hold its grand opening Monday in Clarksville.

Three-year-old Kannon Parrish lands in the foam pit after leaping from a trampoline while visiting Xtremenasium in Clarksville on Friday.

“It was like a million pounds off my back,” said Kenny Schell, the owner of Xtremenasium. “It’s been my goal the whole time just to have something really fun, exciting for the Southern Indiana area, so it’s felt, I mean, I can’t — I don’t even know if it’s sunk in all the way that it’s finally done and come to fruition.”

The trampoline park, which was announced in July 2017, is for more than just bouncing, although there’s a space set aside for just that. Xtremenasium actually features nine activities, including a “ninja challenge course,” a rock wall, and a foam pit.

The building also includes a smoothie bar and a lounge area with arcade games — a collection of around six that Schell plans to add to (possibly by installing a virtual reality attraction). Eventually, Schell intends to start dodgeball leagues for different ages and morning exercise classes at Xtremenasium, too.

“Finally,” seems to be the reaction that Schell has received from customers so far. Even his food vendor told him how happy she was to have something like the trampoline park in Southern Indiana rather than Louisville.

The reaction to Xtremenasium might also have something to do with how long it took for the business to open.

The trampoline park could have debuted in January, Schell said, but its opening was delayed by requirements from the Indiana Department of Homeland Security. The agency calculated that the business had a capacity of 1,700 people, a number that Schell claimed was off, and which required him to install more exits.

Eventually, Schell was able to negotiate his building’s capacity down to 617 with the help of Clarksville’s building commissioner, Rick Barr, and Renaissance Design Build, which meant that he had to install a few more exits, but not nearly as many.