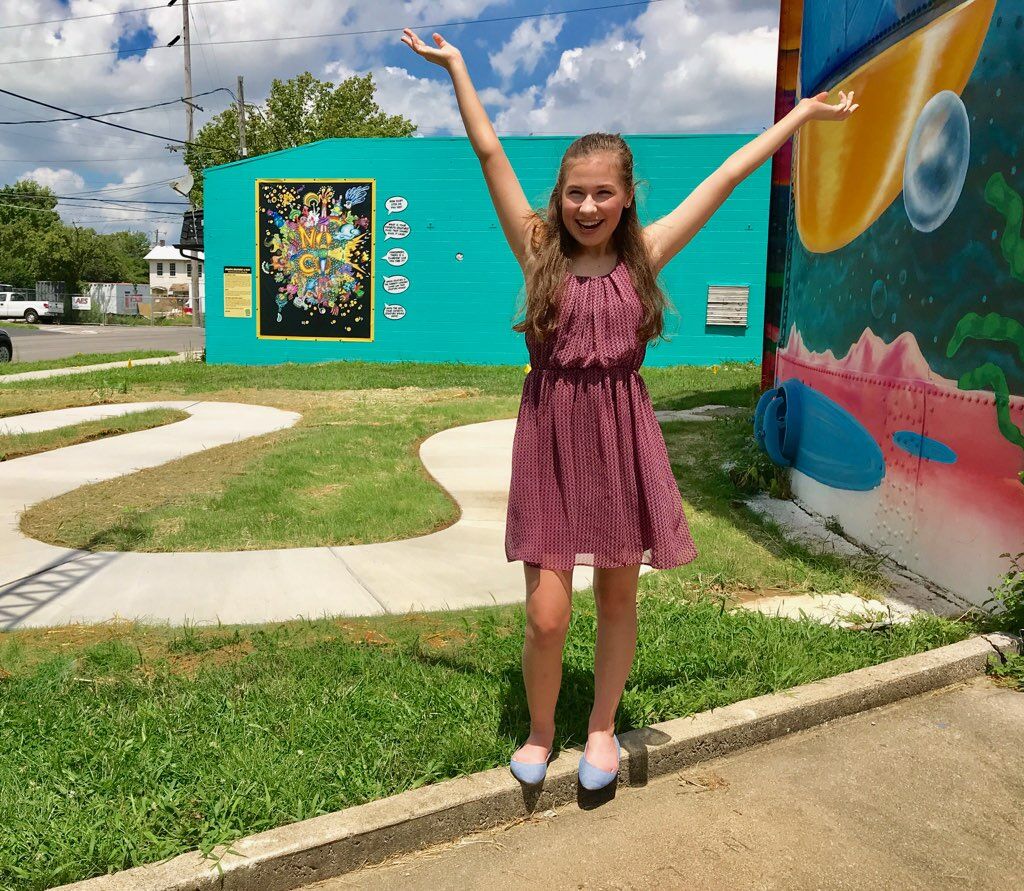 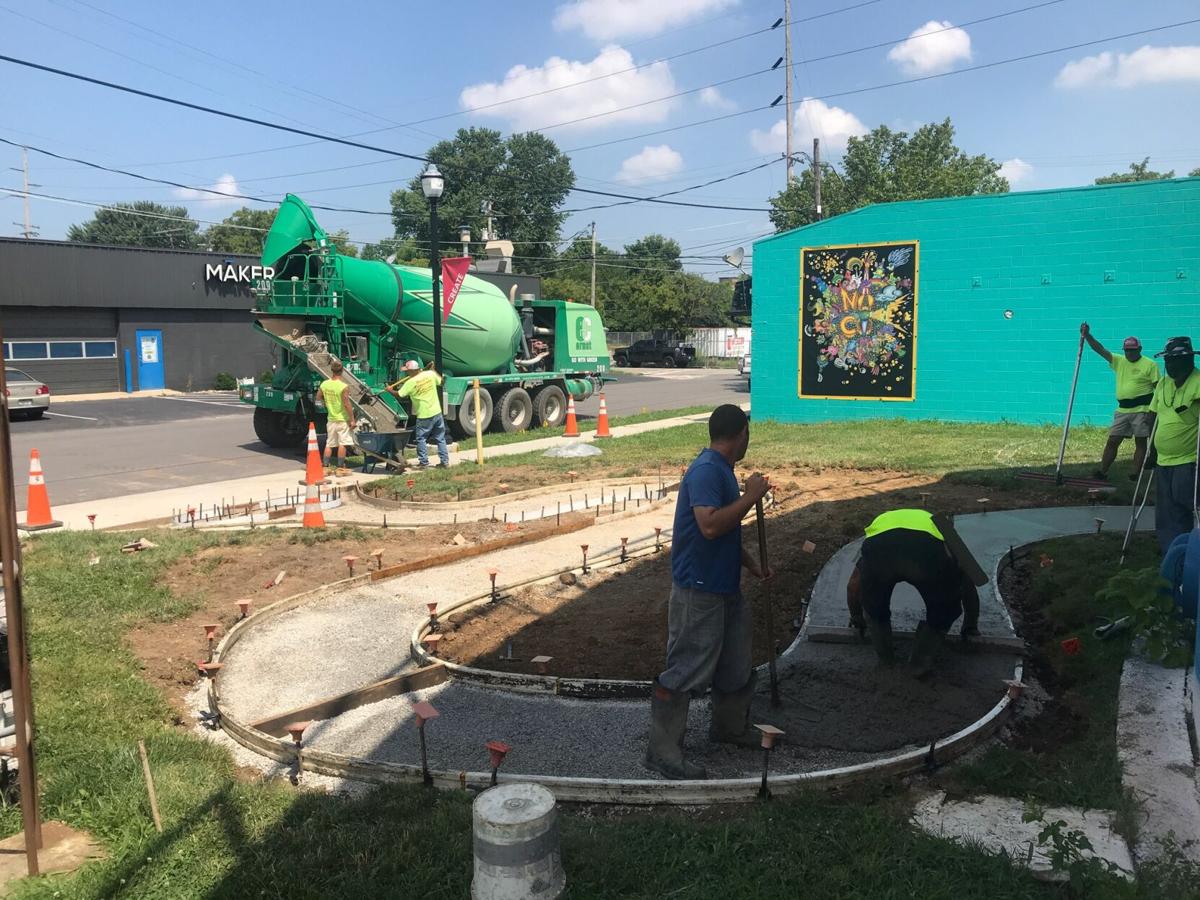 Staff with Neal’s Concrete pour the concrete trail in Jeffersonville’s upcoming Story Trail, which will be an outdoor exhibit in the NoCo Arts and Cultural District. 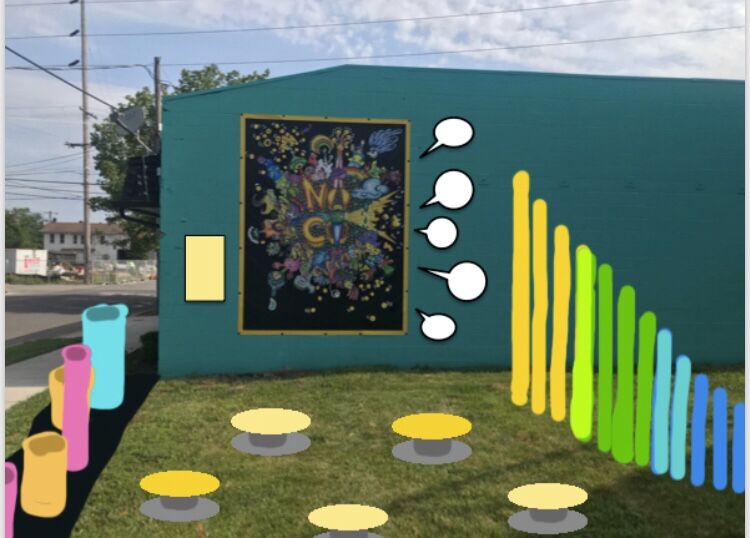 When it’s complete in the next few weeks, the Jeffersonville Public Arts Commission Story Trail will feature a path for families to walk and read a unique story penned by 14-year-old Ava Gleitz.

Staff with Neal’s Concrete pour the concrete trail in Jeffersonville’s upcoming Story Trail, which will be an outdoor exhibit in the NoCo Arts and Cultural District.

When it’s complete in the next few weeks, the Jeffersonville Public Arts Commission Story Trail will feature a path for families to walk and read a unique story penned by 14-year-old Ava Gleitz.

JEFFERSONVILLE — A 14-year-old Jeffersonville writer and artist will soon be sharing her love for storytelling with the community through a unique public art installation.

Ava Gleitz was recently chosen as the first author to have her work displayed at a the Jeffersonville Art Commission’s upcoming NoCo Story Trail, an interactive outdoor exhibit for families to enjoy at the NoCo Arts and Cultural District.

Her story, elements of which will be laid out in 12 parts along a winding trail in the district, was borne out of the Creative Creatures writing contest the arts commission introduced in March to help keep the community engaged at the start of the COVID-19 pandemic.

Writers were asked to choose one or more creatures out of 31 grouped together in a drawing that served as creative writing prompt. Gleitz chose four to develop her story and won for the middle school category in that contest. Her tale includes her creations of large, gentle creatures called Keftly who like to take naps; Gellaqua, tricksters who look like blobs of water; Neptills, and Rondombombusses.

“In a dusty old suitcase, somewhere far, far away, there’s a book about strange creatures and how they’ll spend their days. Now these creatures are rare and like to stay out of sight, but I’ll tell you a few stories, so you’ll now what they’re like,” her tale begins.

Over the past several months, that story and contest have evolved into something bigger.

The idea of the story board was taken to the commission by retired elementary schoolteacher and art commission member Rosy Callahan in 2019, as the group was planning programming and projects for 2020. But some of those projects had an urgency that coincided with the kickoff of the arts center, and the story trail was put on hold.

All that changed with the pandemic, and as the group began revising plans away from the indoor, group-centric events they had planned, it seemed like the perfect time to get started on bringing the story trail to life.

“So Rosy [Callahan] brought that idea back up and said ‘maybe the story trail would work this year because it’s literally a story you’re not touching, you’re walking and you’re looking,’ “ Dawn Spyker, Jeffersonville Public Arts administrator said. “The commissioners totally agreed, once we realized what was happening and that this virus wasn’t going to lift any time soon, we decided to shift gears on a lot of our initiatives.”

“With the Covid thing, we needed to do something where they could still interact with the NoCo Arts Center but still be safe,” Callahan said. “We talked about it and we like ‘we can pull that off.’”

The team started again reading the contest entries, looking for the perfect fit for the new project.

“There were so many good entries but we felt like the flavor of writing that Ava had, she had a real fun style about her writing, very distinctive and it just fit,” Spyker said. “It fit well with what we were envisioning in that area.”

Spyker and Callahan contacted the young writer and her family to see if she would be interested in having her first commission as a 14-year-old be by the City of Jeffersonville and the Public Arts Commission.

“I was so excited,” Gleitz said. “I didn’t know what to think because there were so many other cool stories that were entered and out of all of those, I got chosen. It was just a really special feeling to know that they really liked my work.”

Gleitz said writing is something she’s been doing since she can remember and she is excited to be able to share this story with others in such a cool way.

“I’ve always loved to create stories and to create different worlds and characters and just see what I can come up with,” she said. “It’s always been one of my favorite things to do.”

The team met with Gleitz to talk over things and agreed on tailoring the story to second and third-graders who will be able to follow the story with their families along the trail. For the full story, Gleitz will also be illustrating and will read it at a later event in the district. There will also be an area with activities like writing prompts to help get creativity flowing.

“It’s really, really cute,” Callahan said. “It’s just a really sweet story that pulls out three or four of the creatures and she’s named them, and there’s a description of what each of them do and what their life is like.”

The project is expected to be completed in the next few weeks — already the curving concrete path has been poured near the brightly-painted water tank that serves as a beacon for the district itself.

Spyker said the path will be painted a brilliant blue to tie in with the surroundings, and local mosaic artists Deborah Hartmann Brownstein and Rhonda Snyder Sedam have already finished the colorful entryway marker that reads “Story Trail.”

“We felt like we wanted this space to be as enchanting as possible,” Spyker said. “So we felt like it needed a really amazing threshold to walk over, a threshold that said “’you’re here.’”