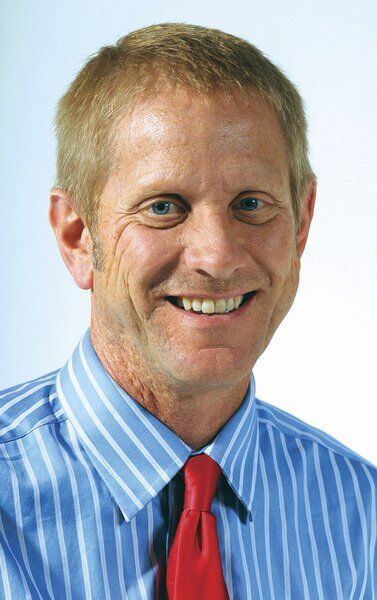 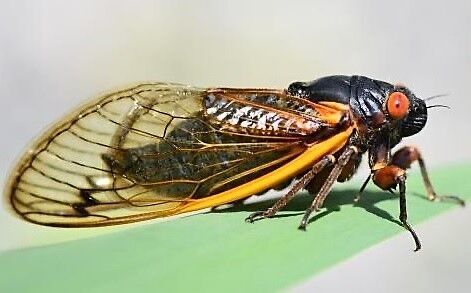 Brood X periodical cicadas will emerge in May after 17 years underground to spend the summer buzzing, mating and clinging to trees. The Wabash Valley region in Indiana and Illinois is expected to experience large numbers.

In a year defined by the word “uncertainty,” finally something reliable is on the horizon.

In fact, an example of reliability will soon arrive in biblical proportions.

The COVID-19 pandemic may have upended every human routine, but mankind — at least all those residing in the Eastern United States — can count on billions of cicadas to emerge from the ground to buzz at rock-concert decibels, mate, lay eggs and die in a once-every-17-years cycle. They did the same thing in 2004, 1987, 1970, 1953 and so on. When it comes to inevitabilities, these insects are right up there with death and taxes.

Wait, it gets better. The Wabash River Valley may be a particularly prime area for the phenomenon, scientifically known as the emergence of Brood X (or 10) periodical cicadas.

“You’re definitely Brood 10 territory,” said John Cooley, a University of Connecticut entomologist who researches periodical cicadas. “Those areas along the Wabash are all going to have insane numbers of cassini [their scientific name]. It’s going to be loud.”

But not cataclysmic. Far from it. Instead, the 17-year cicadas will provide a healthy, outdoors, COVID-safe diversion from the hardships of the pandemic. The insects may look scary, with their black bodies and bulging red eyes, but they don’t bite, sting or attack people. Their emergence is a natural wonder that involves a quality so rare in the age of instant information — mystery.

They emerge as if on cue

Science knows a lot about periodical cicadas. They grow from eggs into nymphs underground, where they suck sap from tree roots for almost 17 years. Then nymphs tunnel to the surface when the soil temperature hits 64 degrees, usually in mid-May of their 17th year. They climb trees, fence posts and other upright objects to molt, leaving their shell for the last time and donning wings for the first time, according to Cliff Sadof, a Purdue University professor and extension entomologist.

Periodical cicadas then live as adults for one month. Such brevity seems anti-climactic, after spending nearly two decades underground, sucking tree sap in the dirt. However ...

“They come out, and it’s all about sex and reproduction,” Sadof explained of the final stage of the cicadas’ lifecycle. Males fly into trees and flex a series of ribs that creates a buzzing sound. It’s a mating call to attract females. It works, they mate, and the female lays hundreds of eggs by slicing open tree twigs with a saw-like appendage. The eggs fall into the dirt, and the cycle starts over.

What remains a mystery is the triggering of periodical cicadas’ clocklike emergence every 17 years. Other types of cicadas emerge annually, while another cicada species emerges on a 13-year cycle. But Brood X is the biggest. Its longer wait and all-together-now emergence especially intrigues the entomology community.

“There are a number of ideas around it,” said Jim Speer, a geology and geography professor at Indiana State University, who studies tree-ring dating.

One theory suggests the cicadas time their simultaneous emergence to overwhelm their natural predators, such as birds and squirrels.

“Because there are so many of them, they outstrip the capacity of predators to eat every one of them. It’s not even close,” said Sadof. “That’s how they survive.”

They won’t be hard to find

Of the six known species of periodical cicadas, five have been discovered in Indiana, according to Sadof and the Purdue studies. This year’s emergence of the 17-year Brood X cicadas is expected in 15 states east of the Mississippi River, including Indiana and Illinois.

Trees usually show stress at the ends of their branches, from the females’ twig-splitting egg laying. Purdue suggests small fruit trees can be shielded with 3/8-inch mesh netting, and recommends that tactic over pesticides. Otherwise, large trees benefit from the periodical cicadas’ awakening, later. Their decaying carcasses replenish nutrients in the soil.

As for people, the cicadas don’t harm or attack people. Fears of cicadas flying toward humans are exaggerated. The bugs are actually unsteady flyers, Speer explained. “They’re definitely not targeting people at all,” he said. If they fly into a person, “you just got in their way.”

Their numbers can be immense. Speer recalled visiting the back yard of a colleague at Indiana University. They estimated that 10,000 cicadas surrounded just one tree.

They get eaten, get loud

Birds and squirrels gobble up a lot of them. “It’s really kind of funny to see how fat [the birds] get,” Sadof said. Birds and squirrels can’t eat them all. So, once the cicadas die in July, homeowners may want to sweep or shovel up the corpses, and dispose of them.

Some humans claim to like eating fried cicadas. Sadof did — just once, as a college student attending his advisor’s party. “It was two bites and a beer, and it was over,” he recalled. Since then, he’s stuck to just studying the creatures.

Then there’s the noise. Purdue says the cicadas’ buzz can reach 100 to 120 decibels. “Think Metallica,” the university report adds.

It will be the soundtrack of the summer of ‘21, at least through June and early July. Planners of outdoor weddings may need to account for the aural distraction. “You won’t be able to escape it,” Sadof said, “because it goes on day and night.”

The spectacle needn’t be feared, though. Nature is handing us a COVID-safe activity. As a result, Purdue is planning a “citizen scientist” outlet for folks to share cicada photos and videos, Sadof said.

“Don’t freak out,” Sadof advised. “Just let it pass, and you won’t see them again for another 17 years.”

Mark Bennett can be reached at mark.bennett@tribstar.com.

More information about the Brood X periodical cicadas’ emergence can be found at cicadamania.com.