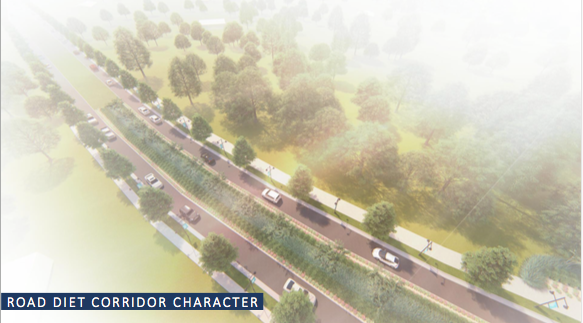 This design is a recommendation by Clark Dietz to improve Clarksville’s Brown’s Station Way. 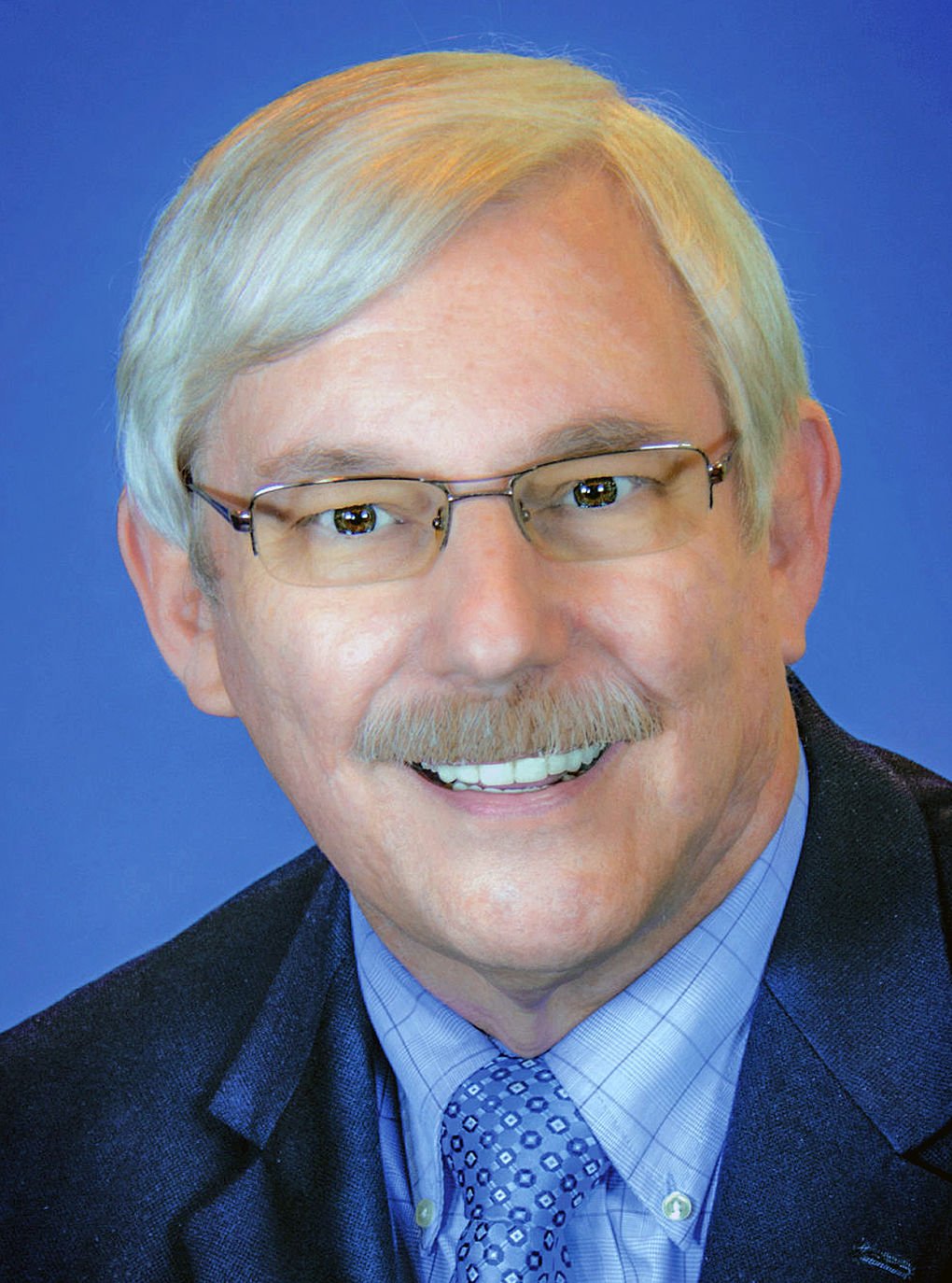 Clarksville has taken a wrong turn with its Brown’s Station Way road project. Spending just under $17 million to solve problems that don’t exist is the wrong course of action in my opinion.

I represent Clarksville’s 2nd District on the Town Council and serve on the town’s Redevelopment Commission in addition to the Plan Commission and the town’s Technical Review Committee, so I have a reasonably good idea of what is happening in town. Since the proposed road project was first unveiled last year, I have heard nothing but negative comments about the venture. To paraphrase a colloquialism, I could count the number of positive comments I have received on one hand and have enough fingers left to open a greased doorknob.

The project proposes turning a major traffic artery through town into a residential 2-lane street with a 35 mile-an-hour speed limit, interjecting two roundabouts, removing the overpass at Brown’s Station Way and Lewis and Clark Parkway and replacing it with an at-grade traffic light-controlled intersection, and replacing the pedestrian overpass near Randolph Avenue with a profoundly upscaled crossing.

In my mind, the project is an absurd expenditure of money to solve problems that mostly do not exist. Granted, the pedestrian overpass needs to be replaced after the accident that claimed the life of a truck driver and destroyed the structure. Around the time of the accident, “ballpark” estimates were that it would cost around $1 million to replace the structure. The proposed new crossing is in excess of $3 million. Personally, I believe the town should expend no more than $2 million on the structure given it’s important, but extremely limited usage.

I concede that the overpass at Lewis and Clark and Brown’s Station Way needs attention. However, Clark County Government is the only entity that has control of and responsibility to maintain bridges. The County was awarded in excess of $1 million when it agreed to take possession of the bridge from the state, but chose to expend those funds on building Star Hill Road. The county has the responsibility to maintain the overpass. Clarksville technically doesn’t even own the structure. If repairs are needed and the county refused to make them, then Clarksville could consider providing some funding to assist. I would think $2 million would bring the structure into good repair.

Another concern that has been raised is the traffic situation at the entrance to the Wastewater Treatment plant and the old drive-in theater site that will host the town’s Public Works Department operations in the not-too-distant future. I believe access to Brown’s Station Way from North Clark Blvd. across from the Wastewater/Public Works site should be closed and acceleration/deceleration lanes provided on the southbound lane of Brown’s Station Way at the entrance to the town facilities. I would think that could be accomplished at a cost of around $1 million.

So, $2 million for the pedestrian overpass, $2 million for work on the Lewis and Clark overpass, and another $1 million for acceleration/deceleration lanes for the Public Works site would place the project at $5 million. In addition, it would not remove any traffic lanes, install any roundabouts or create any additional signalized intersections. In my mind, that addresses all the concerns at a reasonable cost without wholesale changes that have the potential of wreaking havoc on the only major traffic artery linking New Albany to Louisville through Clarksville.

Part of the reason for the proposed plan is that it would create a more elegant entrance into the 600-acre park being developed by the River Heritage Conservancy. While I think the concept is laudable, I fear the negative impact it would create would far outweigh any benefit from the improved aesthetics. If they want an elegant entranceway, build it at Emery Crossing Road and Brown’s Station Way. It makes more sense to have it there in a straight section of the road than in the middle of a curve.

All that is needed to raise the blood pressure of a local motorist is to talk about roundabouts! The misguided endeavor on Hwy. 62 in neighboring Jeffersonville has soured residents on the concept of roundabouts for life. I recommend waiting a generation before proposing another roundabout in our area. Supposedly the two proposed for Brown’s Station Way are the “kinder, gentler” kind that only use one lane instead of two, but to local drivers, roundabouts are cursed, and will be for some time.

With plans for work on the Sherman Minton Bridge looming in the future, the prospect [exists] of New Albany traffic, along with Interstate 64 motorists, diverting through Clarksville via Brown’s Station Way. Granted, plans are still up in the air as to whether the bridge will be closed completely or simply reduced to one lane for the duration of construction. In either event, we can expect a major shift of traffic through Clarksville. It only takes an accident on the Sherman Minton during regular traffic to cause a major diversion. Changing Brown’s Station Way to a two-lane residential street with an additional stoplight and roundabouts has all the trappings of a disaster waiting to happen.

The study, which recommended all these changes, based its recommendations, in part, on the number of traffic accidents along the corridor. If you want to rebuild a local roadway for safety sake, change the structure of the I-65 interchange with Eastern Boulevard where traffic accidents tripled when the state installed its new “compressed diamond” intersection design. You could reduce far more traffic accidents by addressing that problem.

One part of the plan’s design still has me puzzled as to its justification. Why spend $3 million to build a pedestrian overpass along a roadway that you want to reduce to two lanes with traffic traveling at residential speeds? The town recently authorized an at-grade pedestrian crossing on Eastern Boulevard at the site of the former CSX railroad, which is being developed into Clarksville’s Heritage Trail. That’s a four-lane roadway carrying far more traffic than Brown’s Station Way, yet we are expecting people to cross that street with nothing more than an enhanced crossing signal instead of an overpass. It doesn’t make sense to me.

I suggest slowing the project, not the speed limit, and taking a long, hard look before we create a situation that we are going to regret for decades to come. This is a well-intentioned solution looking for a problem that doesn’t exist.