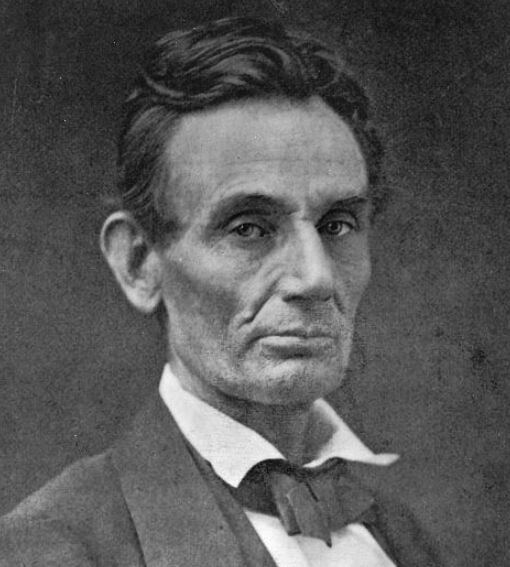 Abe, 1859: Fifty-year-old Abraham Lincoln requested to sit for this photo less than a week after addressing the Wisconsin State Agricultural Society. Mary Lincoln said it was “the best likeness” of her husband that she had seen.

Abe, 1859: Fifty-year-old Abraham Lincoln requested to sit for this photo less than a week after addressing the Wisconsin State Agricultural Society. Mary Lincoln said it was “the best likeness” of her husband that she had seen.

I have always felt that one of the best things we can do for young people is to foster inquisitiveness and point them toward good things to read; tests optional. But one test I don’t have a problem with is the simple citizenship exam seniors are supposed to take — and pass — as part of their traditional course on American government.

The test — a mere fraction of the 100 items that those who are seeking American citizenship must study — isn’t unreasonable; students only have to get 60% of the questions correct. This requirement came along, by law, a year or so ago, but undoubtedly was affected last spring by the abrupt halt to traditional class work due to the COVID-19 pandemic.

As much as I would like to claim otherwise, I’m not sure that my generation was much better prepared to practice its citizenry than the one we’re raising now. I most certainly could have passed the proposed citizenship test when I was 16 or 17, but I’m not sure passing it would have made me a better citizen, one more honest, more respectful, more capable of understanding the inner workings of a constitutional government, one less conspiratorially minded.

We’re obsessed with tests now; we love the idea of measurable knowledge, and as a result, we seem to be teaching more and more of what isn’t terribly important, just quantitative. I have known a lot of good citizens who would, perhaps, fail a paper-and-pencil citizenship test, yet they would be there for me if I needed a hand; they don’t litter or speed, and they respect my opinions whether I vote the way they do or not. Those things should count for something.

One or more of the questions on the test — a quiz, actually — could deal with Abraham Lincoln, and rightly so. I say that not just because we just celebrated Presidents Day, a mere three days after the observance of Lincoln’s 212th birthday. What we need to know about “The Great Emancipator” is not concerned with his stovepipe hat or little Grace Bedell’s suggestion that he grow whiskers or that he let his young sons run amok in the White House, although those are good and interesting things to know.

Lincoln endures in our history for universal reasons: his humility, humor, melancholy, and decency; his unique mixture of idealism and harsh pragmatism, too. Those are things tested over a lifetime, not in an hour, and certainly not at the discretion of many of our legislators, who, for some inexplicable reason, have now decided that properly funding true public education is a nuisance.

What attracts me to Lincoln’s story most, perhaps, is his humanity, his gifts of intelligence, his wit and iron will, his determination and ambition, his thirsty quest to know. He was not a cardboard cutout who grasped upon the idea of self-promotion as a rail-splitting Socrates arriving to save the Union, but truly a self-made man who saw his opinions on race and religion and government’s role evolve over time. His ambition was born from poverty; he was endowed no family fortune and made his life as a successful attorney through the labor of his own powerful hands and keen mind.

It seems the popular thing to do to glom onto Lincoln these days, to quote him, to namedrop him as if he were handing out endorsements like candy. I just wish more of our leaders would take to heart what he had to say.

On Nov. 20, 1860, just two weeks after his election to the presidency, Lincoln said, “Let us at all times remember that all American citizens are brothers of a common country, and should dwell together in the bonds of fraternal feeling.” And yet, a month later, South Carolina was the first Southern state to secede from the Union, and we were headed toward civil war.

What would he have said had he seen that mob’s assault on the Capitol Building last month?

We like to quote from Lincoln’s famous debates with Stephen Douglas, or Lincoln at Cooper Union when he suddenly became his party’s presidential front-runner, or Lincoln in his address at Gettysburg or his magnificent inaugural speeches. But to me, one of the best things he ever wrote and said, in simple language, didn’t come from those historic events at all.

Less than a year after his last debate with Douglas, Lincoln spoke to a group of farmers at the Wisconsin State Fair; he was a year away from being elected President, two from establishing the Department of Agriculture.

In what may be seen as an otherwise dry speech, Lincoln relates this story: “It is said an Eastern monarch once charged his wise men to invent him a sentence, to be ever in view, and which should be true and appropriate in all times and situations. They presented him the words: ‘And this, too, shall pass away.’”

The man who had suffered so much loss and heartache in his life, who had lost far more elections than he had won, who was often maligned as ugly and homespun and common, added this about the wise men’s words:

“How much it expresses! How chastening in the hour of pride! How consoling in the depths of affliction! ‘And this, too, shall pass away.’ And yet let us hope it is not quite true. Let us hope, rather, that by the best cultivation of the physical world, beneath and around us, and the intellectual and moral world within us, we shall secure an individual, social, and political prosperity and happiness, whose course shall be onward and upward, and which, while the earth endures, shall not pass away.”

I am a student of Abraham Lincoln; I can think of no better teacher. And so, whenever we invoke his name, I hope we remember what he stood for.

Mike Lunsford can be reached at hickory913@gmail.com; his website is at ww.mikelunsford.com. Mike’s newest book, “This Old World,” is available at Amazon.com.

[Lincoln] was not a cardboard cutout who grasped upon the idea of self-promotion as a rail-splitting Socrates arriving to save the Union, but truly a self-made man who saw his opinions on race and religion and government’s role evolve over time.