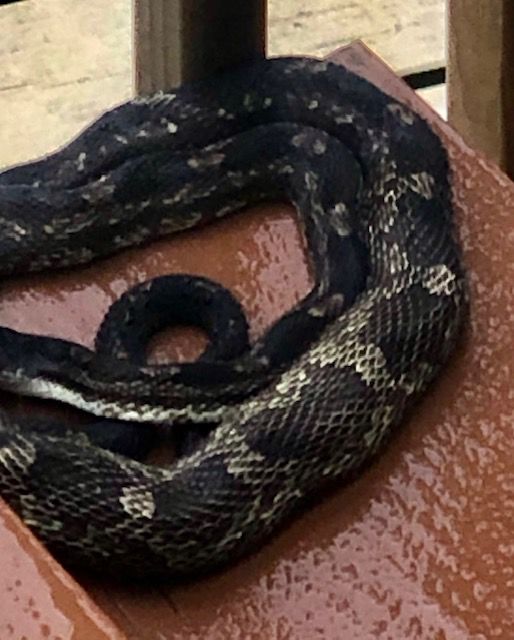 This snake decided to visit the Stawar household last weekend. 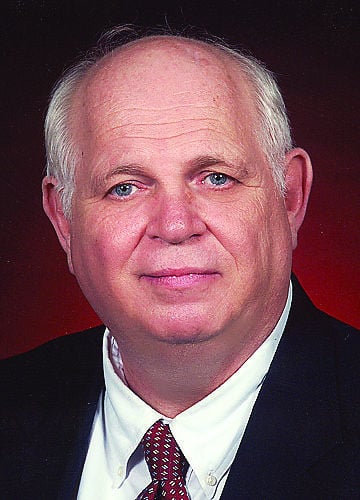 “Every great story seems to begin with a snake.”

In the New York Times Magazine, English v naturalist Helen Macdonald recently described how during the coronavirus lockdown, YouTube has been inundated with clips of animals reclaiming their native territories. There are videos of wild boar roaming Italian towns, deer walking the streets of Japanese cities, geese crossing Tel Aviv’s airport tarmac, fish and swans swimming in the blue canals of Venice, and even wild turkeys flocking in Harvard Yard. McDonald says that this v “rewilding” of the planet is seen as a sort of “‘silver lining’ to the pandemic’s manifold horrors.”

She also points out that many people have been quick to make fun of these videos on Twitter with PhotoShopped clips of dinosaurs frolicking in the streets, photographs of rainbow-colored parrots accompanied by a caption reading “Pigeons in London are returning to their natural colors now that pollution levels are lower,” and pictures of pizzas hanging from trees and floating in the ocean with the subtitle “with everyone quarantined, all the Italian wildlife has returned to the forests and water.”

McDonald contends that most of the real animals spotted were actually there the whole time. These lockdowns, however, may have made them just easier to spot. My wife Diane and I recently had our own wildlife encounter, although I don’t think it was related to the lockdown. We now live in town and our back yard is separated from an empty field by a wild area of trees and underbrush. There are a lot of birds, squirrels, and other wildlife present most of the time. It all seems idyllic.

Last weekend Diane got up early to sit in our screened-in back porch, as she often does in warm weather. This time, however, as she looked down the steps from the porch to our deck, she saw a coiled-up snake wrapped around a railing post in the rain. It was dark with distinctive markings and not very thick. We argued over how long it was. I thought it was maybe five or six feet long, while Diane, ever optimistic, thought it was only about three feet or so.

We had encountered snakes before, both in Florida and when we lived in a more rural part of Floyd County. They aren’t, however, something you get used to and I admit that my heart raced and my stomach turned over the minute I saw it.

In various polls up to two-thirds of Americans report being afraid of snakes and ophidiophobia is the most commonly reported phobia. Women have been found to be four times more likely than men to be afraid of snakes. In a 2017 study, German and Swedish researchers showed 6-month-old babies images of flowers, fish, snakes and spiders. Then they gauged the babies’ emotional reactions by measuring pupil dilation. Fear of spiders and snakes appeared to be an innate response. Other studies showed that 3-year-olds can more quickly locate snakes (and spiders) in photos than they can other animals in similar pictures. This all suggests that being alarmed by snakes and being vigilant in looking out for them probably conferred some evolutionary survival advantage. Zoologists have consistently found that infant primates are born with only three innate fears — falling, the dark, and snakes. In his book, “The Dragons of Eden,” Carl Sagan called reptiles the mammal’s “ancient enemy.”

From the Google images I found, I suspect our snake was probably some type of rat snake. It’s the most common snake likely to enter homes in Indiana. I proposed various methods to eliminate the snake to Diane, but in Indiana, it is illegal to kill, harm or assault wild snakes without proper permits. My violent methods also threatened to damage our porch steps.

Indiana is home to 33 native snake species of which four are venomous — the Timber Rattlesnake, Copperhead, Water Moccasin and Pigmy Rattlesnake. Most snake bites in Indiana occur between April and October. Two Indiana snakes, the Copperbelly water snake and the Massasauga rattlesnake, are listed as endangered species and the maximum penalty for breaking the federal Endangered Species Act is $50,000 or one year in prison.

We Googled nonlethal ways to get rid of snakes and ran across a couple of commercial products such as Snake-A-Way Repellent and Snake B Gon granules. We also looked up home remedies designed to drive snakes away. The most frequent suggestions were to use things like mothballs (Naphthalene), ammonia, vinegar, garlic, sulfur, lemongrass, wormwood, roses, essential oils, or human hair clippings as repellents. And evidently snakes don’t care much for pungent substances.

Snakes also don’t like being around people, so that is why they are said to avoid human hair clippings. This is rather like the western practice of placing old cowboy boots on fence posts and near chicken coops — so the human scent drives away coyotes and other predators.

The only pungent substance we had on hand was vinegar, so we doused a rag with it and dropped the saturated cloth on top of the coiled snake. I expected some sort of dramatic reaction, but the snake didn’t budge.

A little while later we checked again and the snake had pushed its head out from under the vinegar-drenched cloth, but still appeared motionless. About an hour later when we checked again, the snake had completely vanished and only the cloth remained — like a tiny reptilian Shroud of Turin.

It was good that the snake was off the steps, but now it could be anywhere, which was not a reassuring thought. I wondered if the snake had climbed the steps because there was a bird’s nest under the porch. Also not far from the steps, on our deck, there was plastic bag containing leaves we had taken out of the pool. Both Diane and I lost sleep wondering if the snake might have crawled into that plastic bag.

It turned out that the bird’s nest was empty and the plastic bag thankfully only contained leaves. The smell of vinegar is ruined for me and is now associated with snakes, rather than salads and brightly colored Easter eggs. I did get a story out of the experience and Diane frightened a number of women on Facebook with my close-up snake photo.

Terry L. Stawar, Ed.D. lives in Jeffersonville is the CEO of LifeSpring Health Systems and can be reached at tstawar@gmail.com.