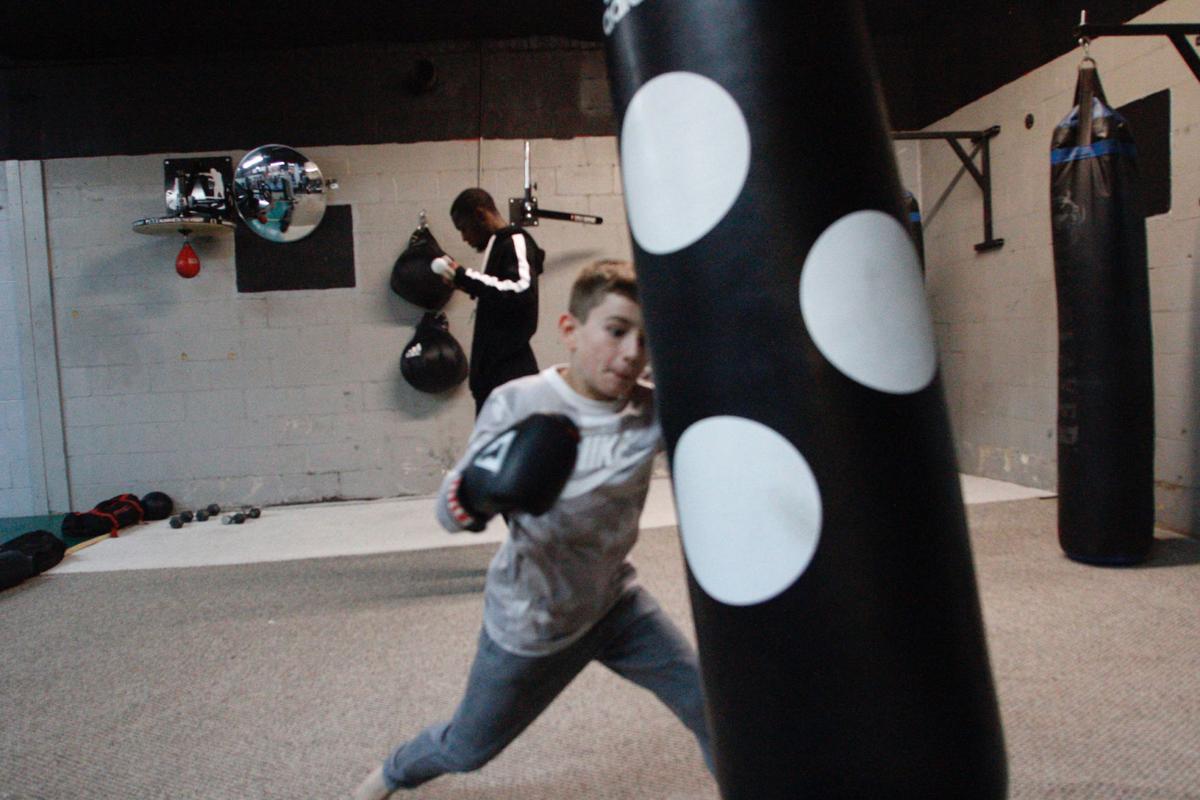 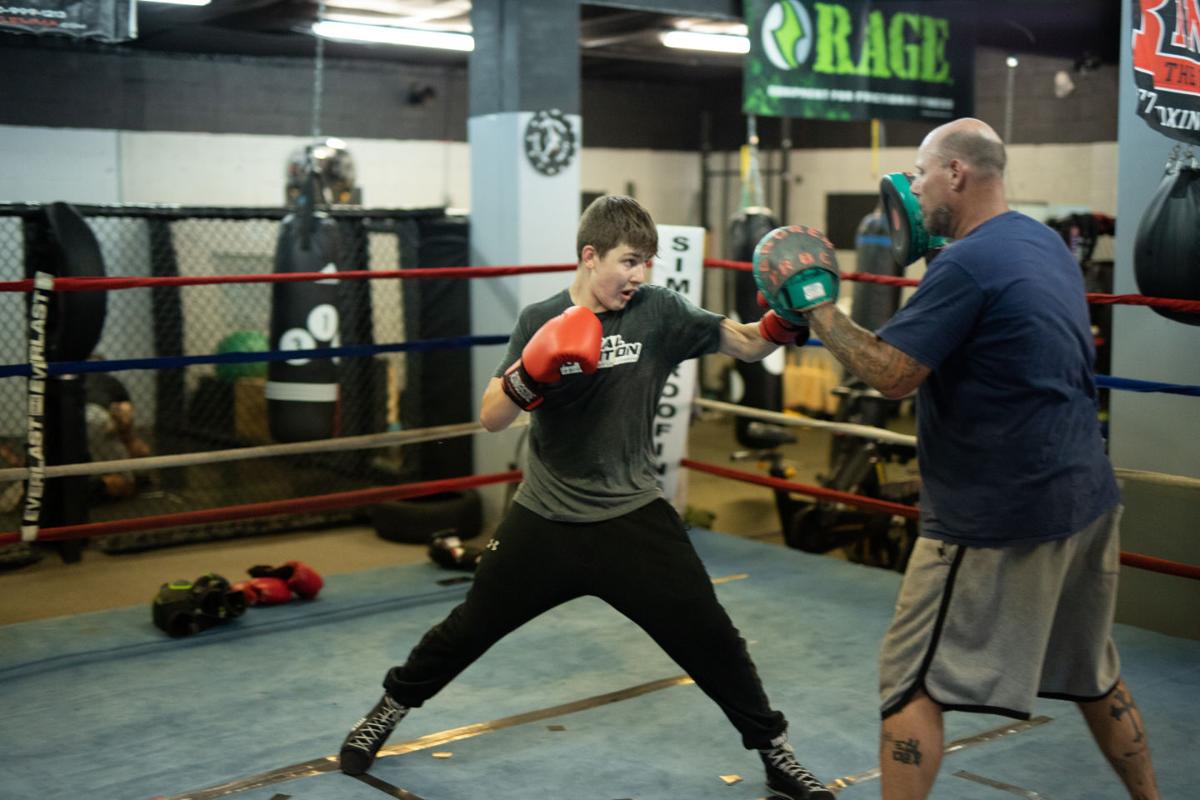 Joel Evans of Sellersburg works with his coach Jeremy Voyles at Jeff City Boxing and & MMA.

Joel Evans of Sellersburg works with his coach Jeremy Voyles at Jeff City Boxing and & MMA.

While boxing popularity may not be at its peak, but two Clark County boys are looking to pursue their dreams in the sport.

Evans, fighting up an age group at welterweight, knocked out his opponent in a matter of 14 seconds to win the title.

"I started punching the body early on and then it was three 1-2s in a row, a jab and then a straight right," Evans said.

Wilson's fight went the full three rounds as he wore down his opponent.

"I was so happy whenever I won my fight, it meant a whole bunch to me," he said. "I'm happy for being an Indiana State Silver Gloves champion. I'm really proud of myself."

The fifth-grader at Maple Elementary said his training at Jeff City Boxing & MMA helped prepare him, but his additional time conditioning is something that paid off in the ring.

"That's the first junior Silver Gloves state champs we've had," Voyles said. "They've been training for this fight for about eight months."

He said Wilson was fighting up a weight class as well.

"We got a unanimous decision," Voyles said. "He led all three rounds. In the third round, the [opponent] kept going to the corner. He did a great job coming out with the victory."

Both fighters are putting in morning and evening workouts at the gym, at 525 Michigan Avenue in downtown Jeffersonville, multiple days a week.

"The first six months was just a hobby, I'd go three times a week. Since June, it's been a lot more serious," said Evans, who is home-schooled. "We go in the morning at 6 or 7 a.m. and then at night six days a week. I like it a lot."

Evans said he and his brother, 17-year-old Ben, share the passion for it.

"When I was younger, we always watched boxers, especially Evander Holyfield. That got us into watching it," Joel said. "I played football for a season, but with being home schooled I was looking for something else to do."

Voyles looks forward to continuing to work with them.

"The future is bright for both guys," he said. "They're definitely some up-and-coming prospects. Everyone that's looked at Joel at other gyms like what they see. The ultimate goal is Junior Olympics. Mason has potential to be Golden Gloves champion in years to come. I see several more Silver Gloves championships."