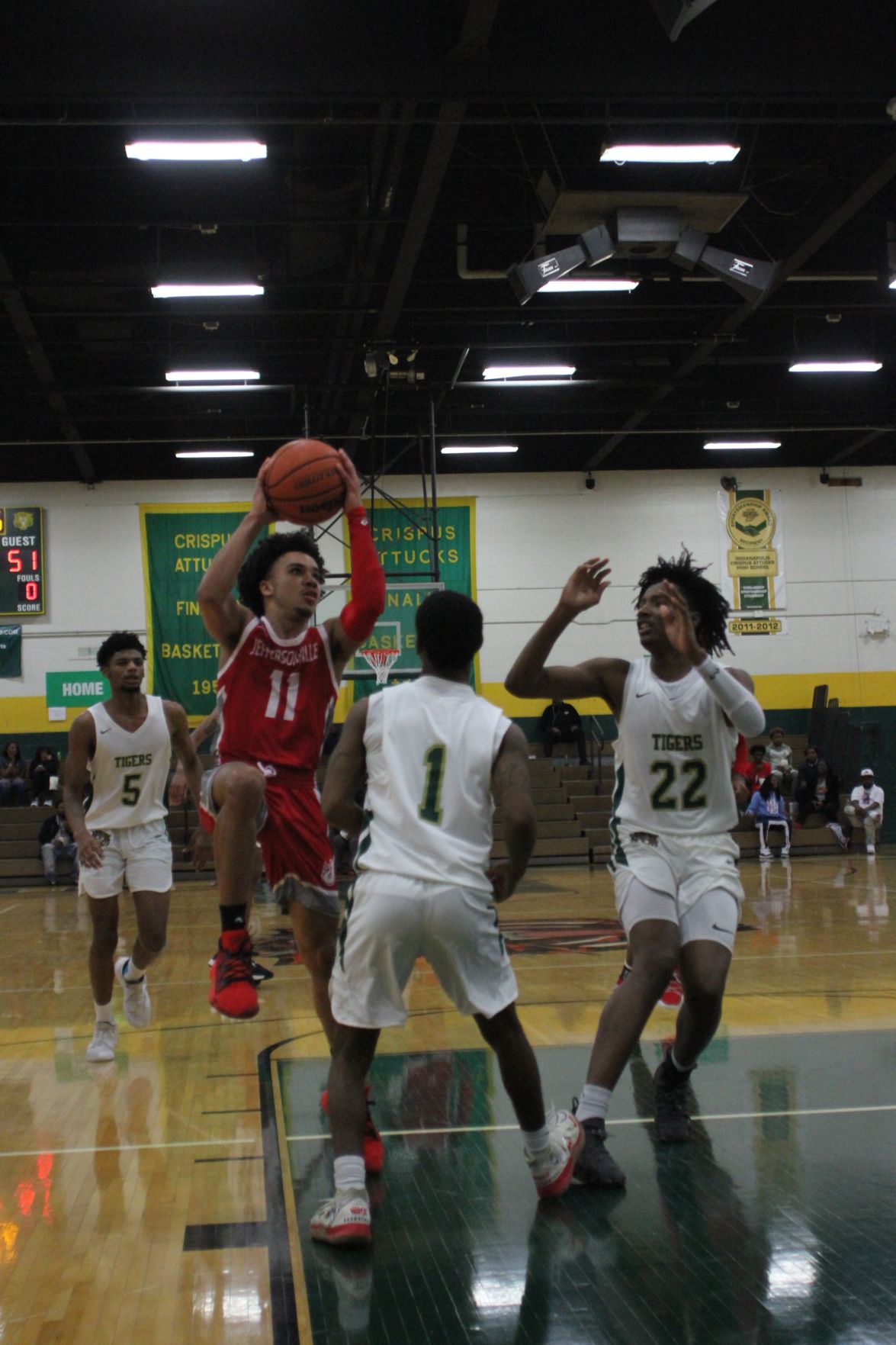 Jacob Jones flies to the basket. 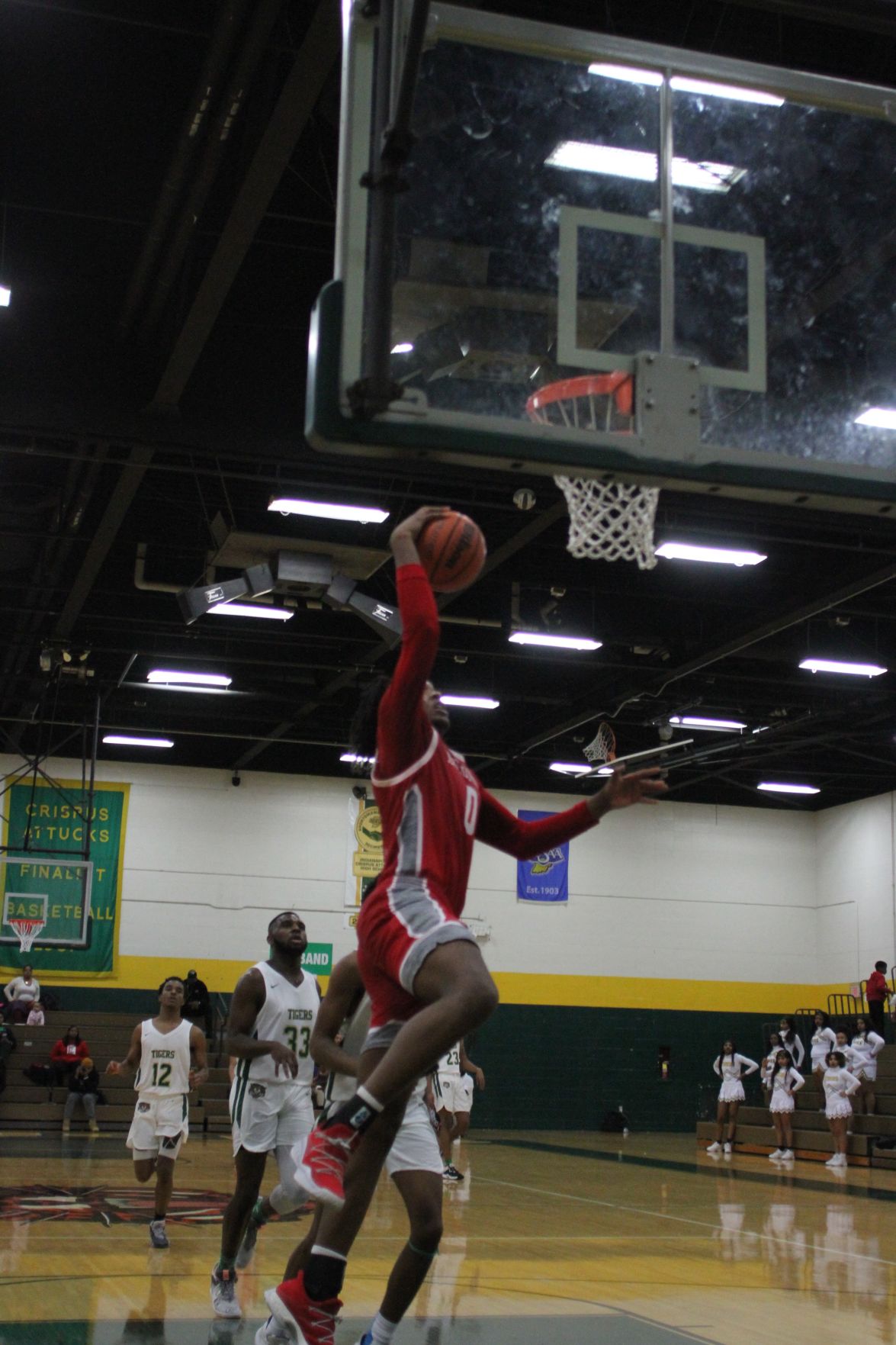 Tre Coleman goes in for a second-half dunk Thursday night in Indianapolis. 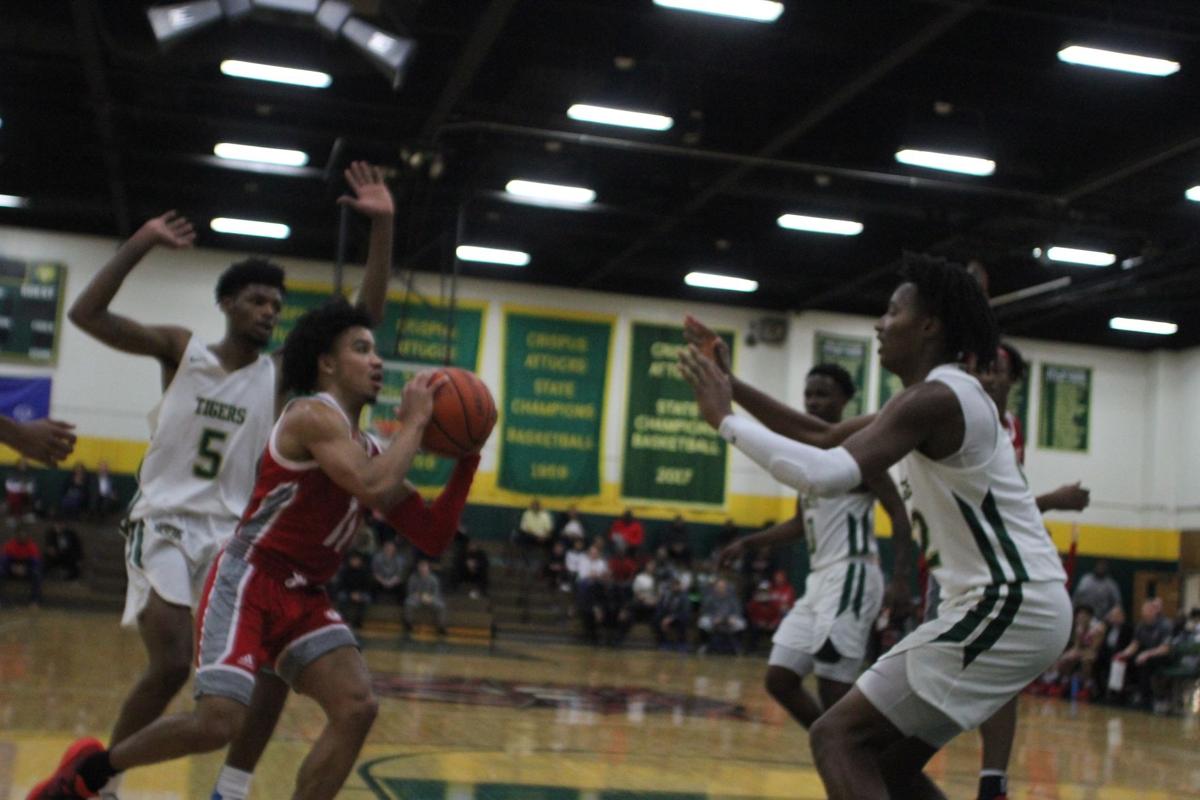 Jacob Jones drives to the basket at Attucks. 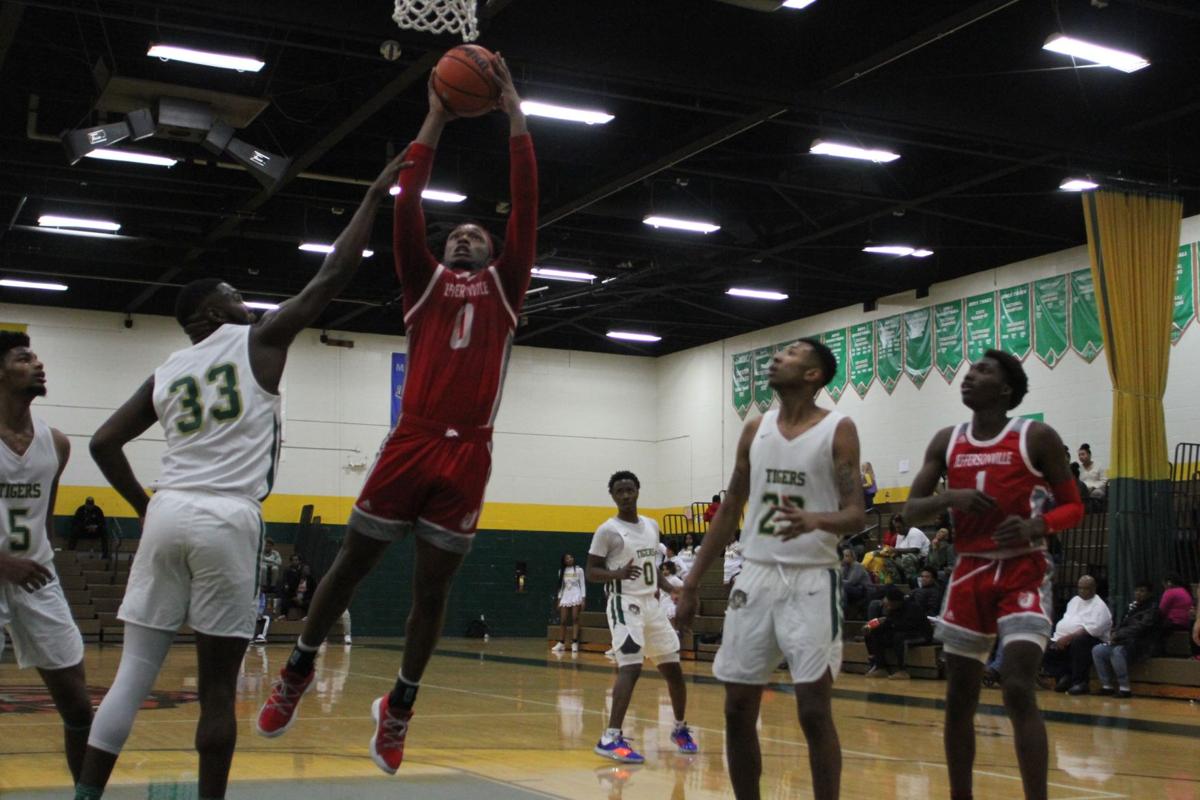 Tre Coleman goes up for a shot. 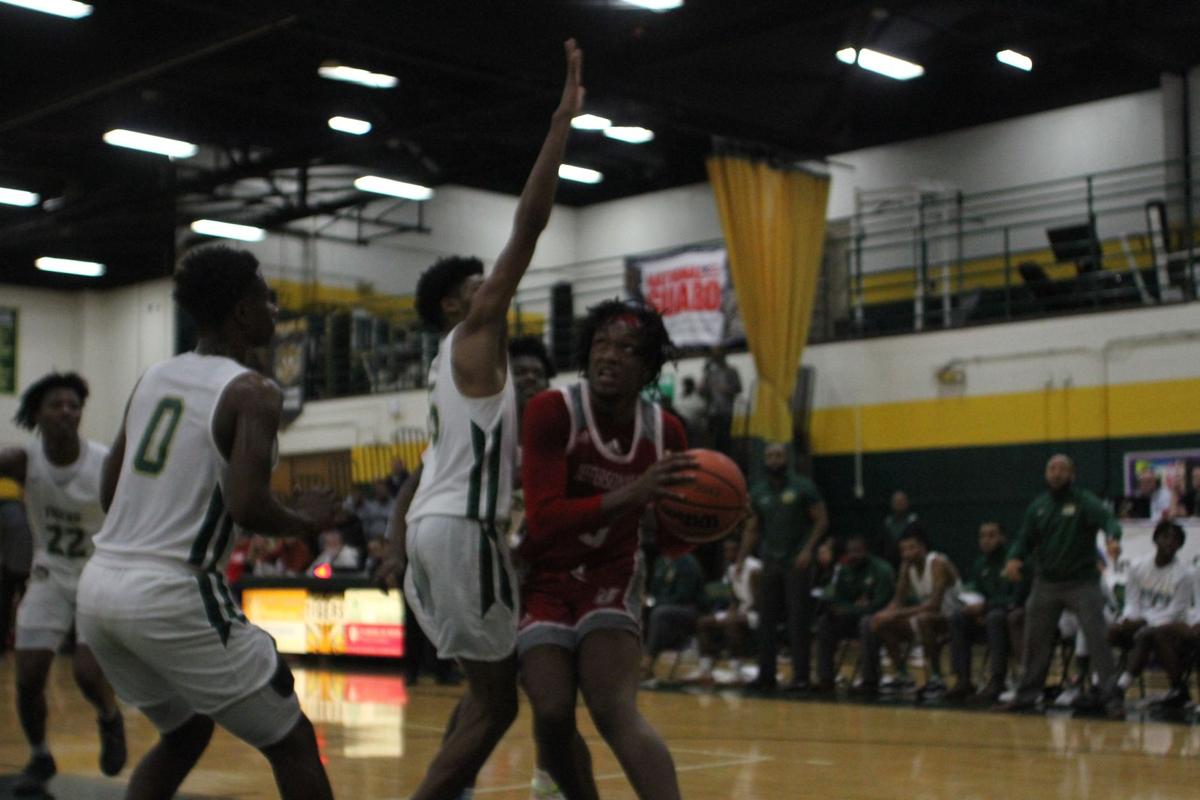 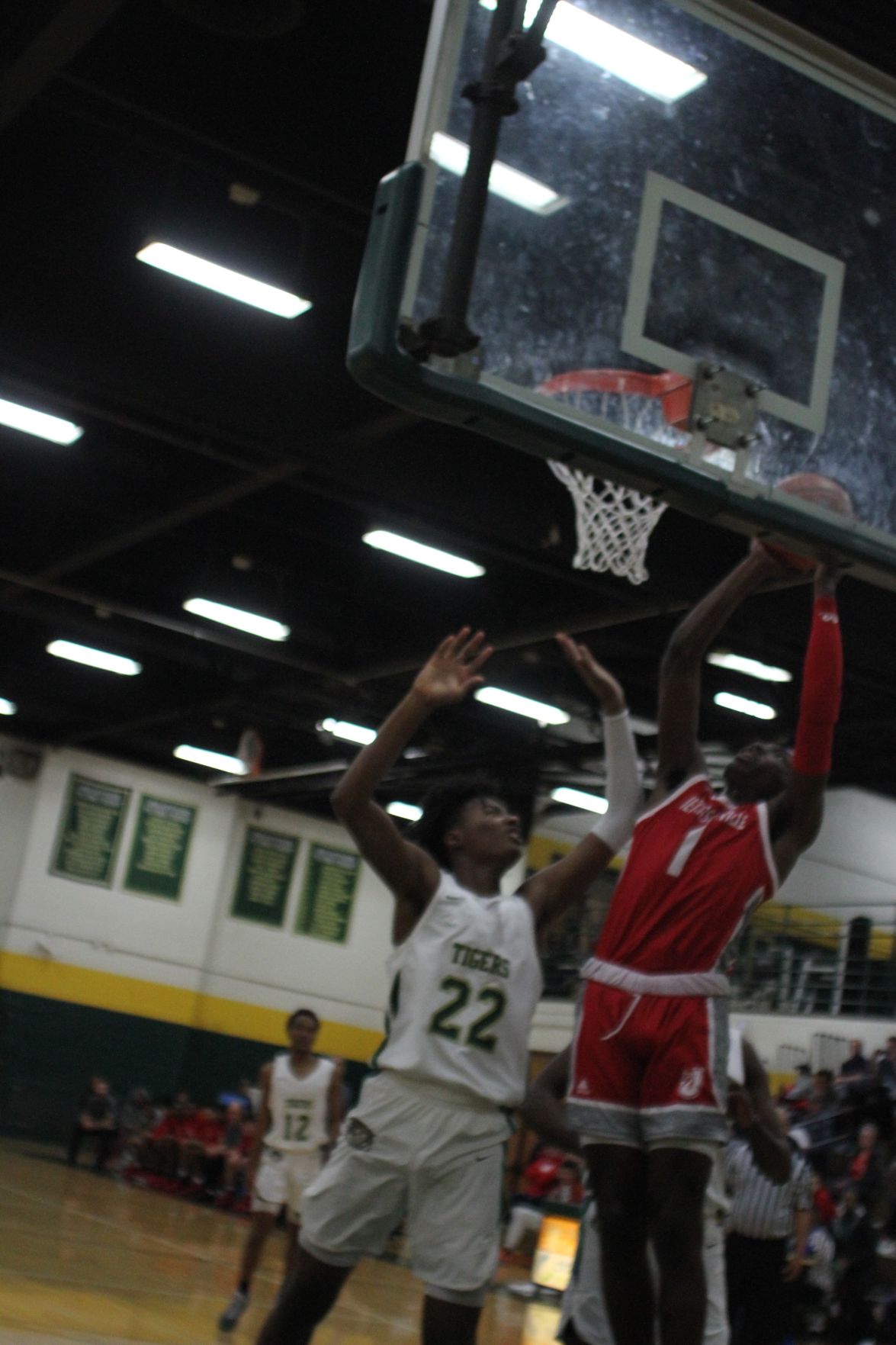 Will Lovings-Watts goes up for two points.

Jacob Jones flies to the basket.

Tre Coleman goes in for a second-half dunk Thursday night in Indianapolis.

Jacob Jones drives to the basket at Attucks.

Tre Coleman goes up for a shot.

Will Lovings-Watts goes up for two points.

INDIANAPOLIS — Indianapolis Crispus Attucks jumped out to a quick lead and limited each of Jeffersonville’s attempts to put together a second-half run as the host Tigers held on for a 72-65 victory Thursday night.

Attucks (7-2), whose only losses are to Class 4A No. 3 Lawrence Central and No. 7 Brownsburg, got 19 points from senior Sincere McMahon and 23 from Malik Tansmore.

McMahon and the deep and speedy Tigers were able to capitalize on more transition buckets than the Red Devils throughout the game.

"They wanted us to put three guys back and we didn’t really execute it very well. They’re a fast team,” Lovings-Watts said.

Jeff coach Chris Moore saw his team push within five midway through the third quarter. Jones connected on a lob pass to Lovings-Watts, who finished with a two-handed jam, then Kobe Stoudemire hit a 3-pointer to make it 43-38. But Attucks quickly answered with a 10-3 spurt to get its lead back to double figures.

That was the story of the night.

“[Attucks] brought more energy than us,” Moore said. "That’s on my shoulders to have these guys ready. They had more energy and our transition D was less than it generally is. Their energy level was there at the start and they sustained it through the whole game.”

Attucks, which began the game by taking a 12-4 lead before extending it to 24-11 at the end of the first quarter, had a similar spark to start the fourth quarter with some high-energy play to get its lead back to 13 points.

Jeff had one final spurt left in the fourth quarter as Caleb Mason started a 7-0 spurt with a 3-pointer with 3 1/2 minutes remaining. Stoudemire added a layup and Coleman hit a baseline jumper to make it 66-60 with 2:34 to play.

The Tigers finished it off with one last 6-0 spurt.

"There are nights those shots are not going to fall. You can always be physical and competitive. We can’t rely on those every night,” Moore said.

Stoudemire finished with seven points, starting in place of Devean Franklin, who did not travel with the team due to a family matter, Moore said.

Lovings-Watts said the Red Devils will get back to work today.

"We’re going to get in the gym and work on our craft and hopefully beat Tell City on Saturday,” Lovings-Watts said.

On Wednesday, Gov. Eric Holcomb announced he would extend Indiana's Stage 5 reopening status and the mask mandate for Hoosiers through at least Nov. 14. The mask requirement had been set to expire Saturday, Oc. 17. Holcomb cited increasing COVID-19 cases and hospitalizations among the reasons for the extension.