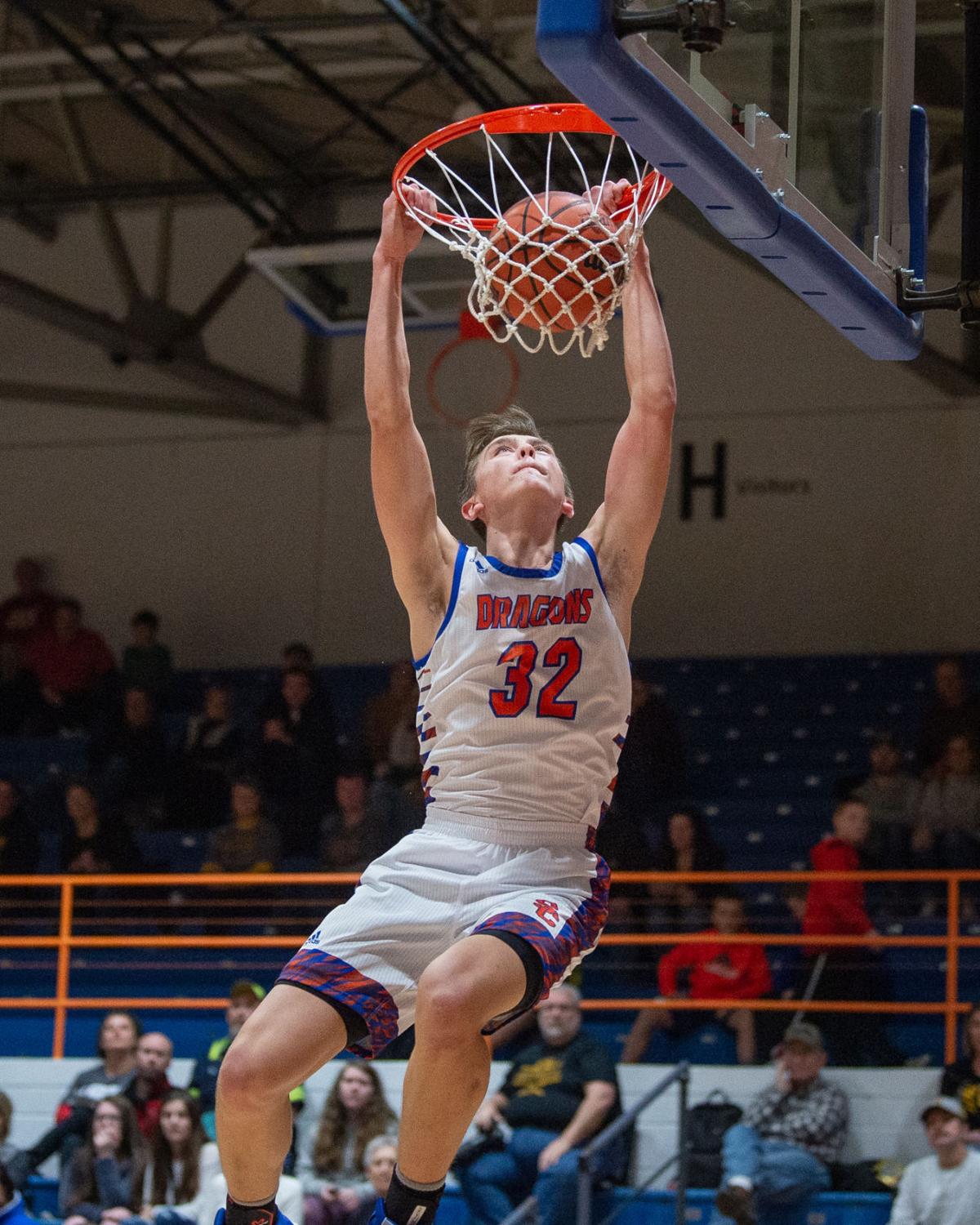 Silver Creek’s Kooper Jacobi finishes at the rim during the Dragons’ 103-47 victory over Salem on Thursday night. 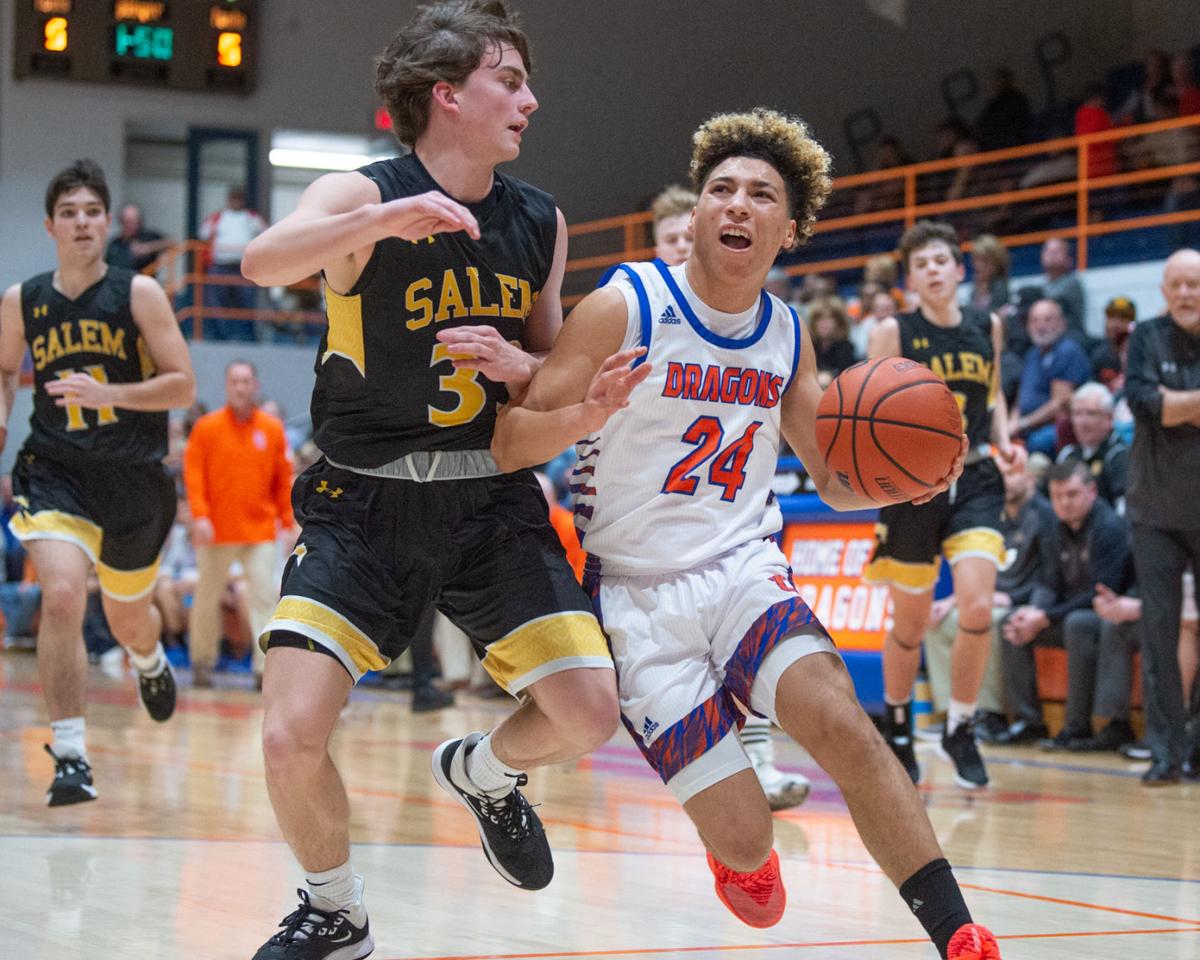 Silver Creek’s Branden Northern drives to the basket during the Dragons’ 103-47 victory over Salem on Thursday night. 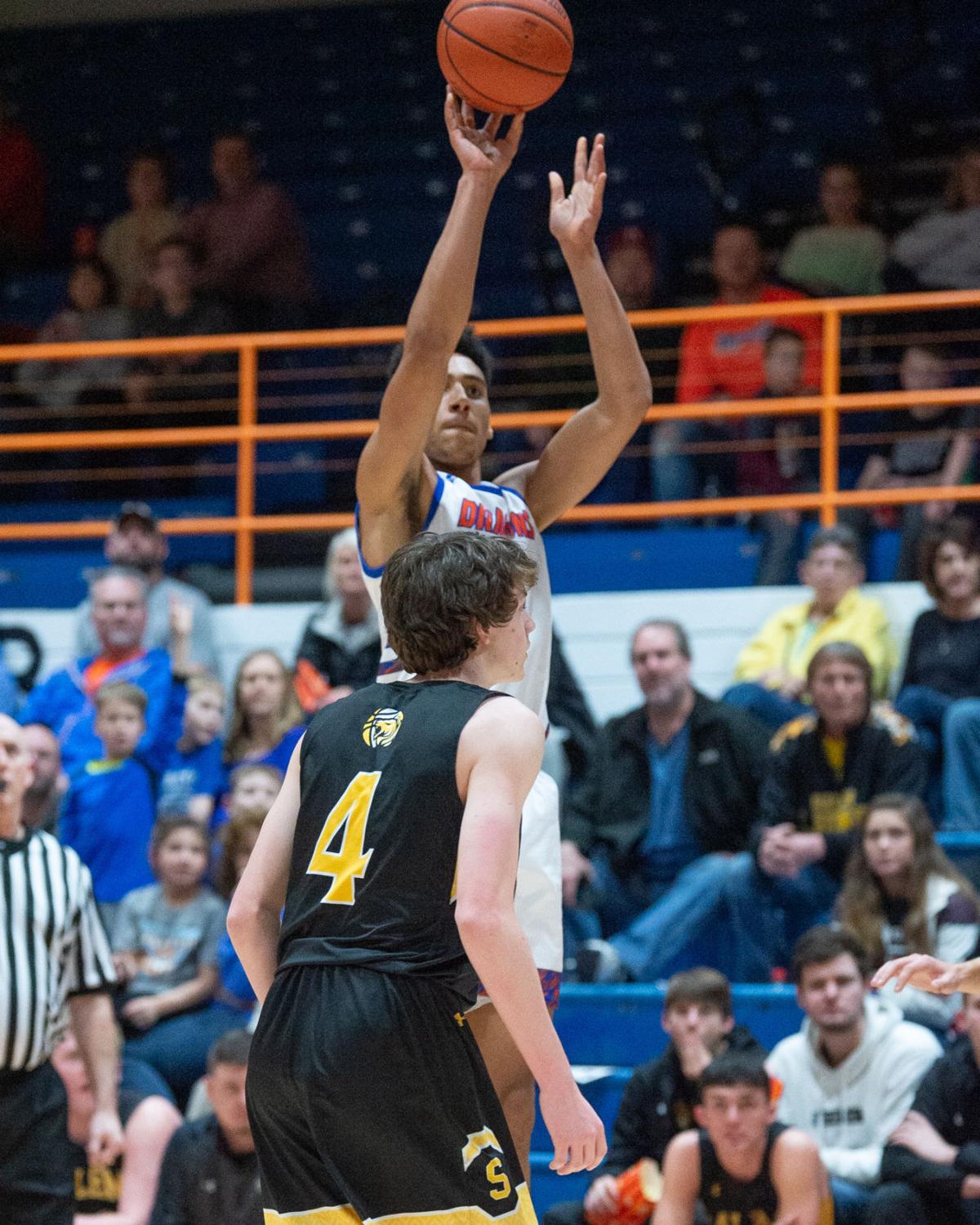 Silver Creek’s Trey Kaufman shoots a 3-pointer to record his 1,000th point during the Dragons’ 103-47 victory over Salem on Thursday night.

SELLERSBURG — For Class 3A No. 1 Silver Creek, the biggest question when Salem came to town Thursday night was, how long would it take junior Trey Kaufman to get six points and reach the 1,000-point plateau?

It didn’t take long during the Dragons’ 103-47 drubbing of the Lions in a Mid-Southern Conference matchup.

At the 3-minute, 13-second mark of the first quarter, Kaufman, a supremely-skilled 6-foot-9 forward, drilled a 3-pointer from the left side.

“I really don’t have words,” said Kaufman, who joins his uncle, Matt Renn, on the school’s 1,000-point club. “There have been a lot of great players who have scored 1,000 at Silver Creek. Being up there among the best scorers at Silver Creek is a big deal.”

“Any accolade that Trey gets is well-deserved,” Hoffman added. “That is a big deal. I’m super happy for him.”

“We came out flat. But it’s a credit to them, the intensity wasn’t there,” Hoffman said. “But they got our attention.”

The Dragons quickly collected themselves and blew past Salem.

“Once we get into our transition game it’s pretty fun to watch, because we’re efficient,” Hoffman said.

Kaufman, who didn’t play a second of the fourth quarter, finished with 29 points.

Kooper Jacobi, who also called it a night after three periods, added 20 points. Jacobi, also a junior, is about 100 points from joining Kaufman on the 1,000-point club.

“It’s a cool accolade, but winning the state is a lot better,” he said.

In all, the Dragons hit 14 3-pointers, including four from guard Holden Groher, who finished with 14 points. Branden Northern added 12 points for the Creek (17-2, 6-0).

“That’s a great sign,” Hoffman of all the made 3-pointers. “It just gives us more weapons and makes us harder to guard.”