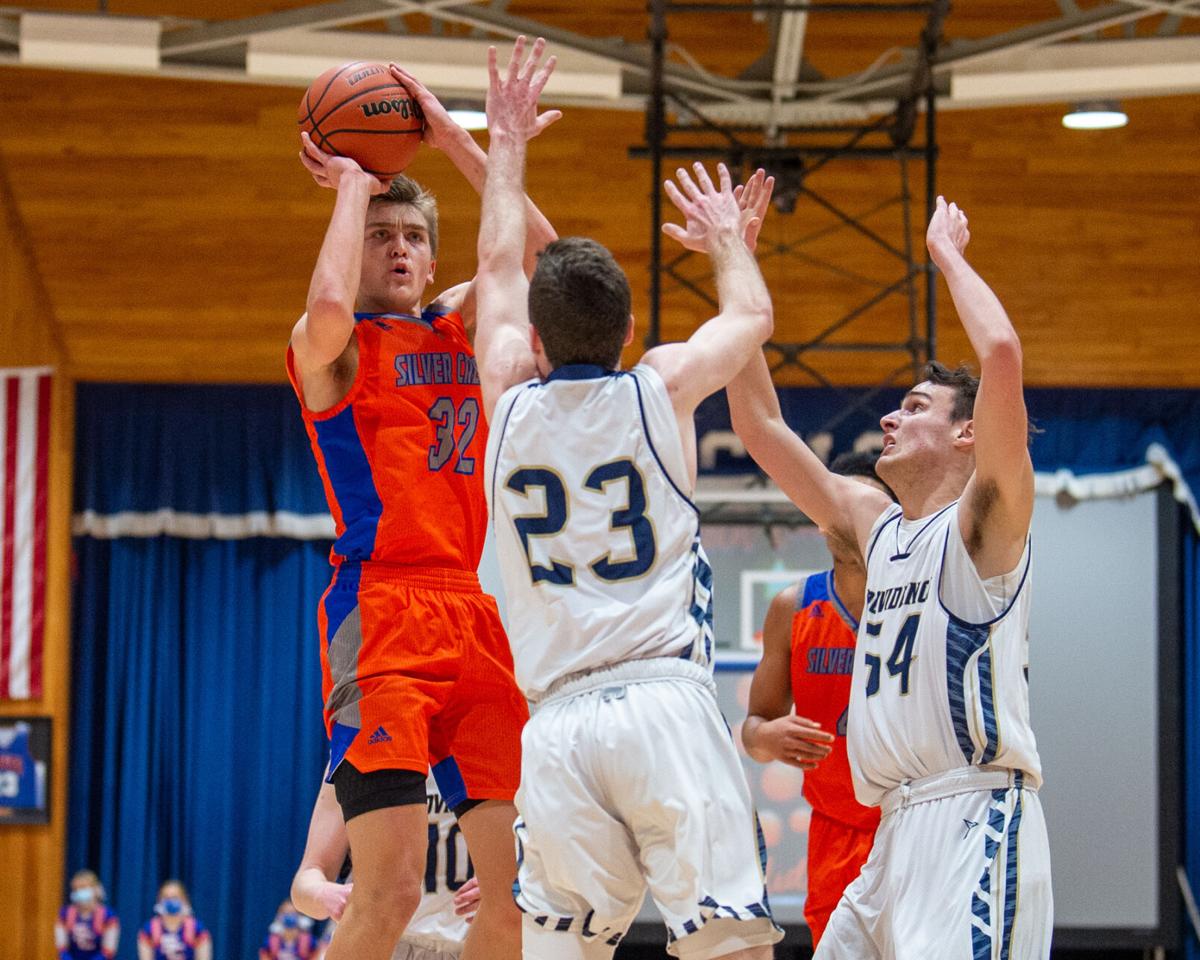 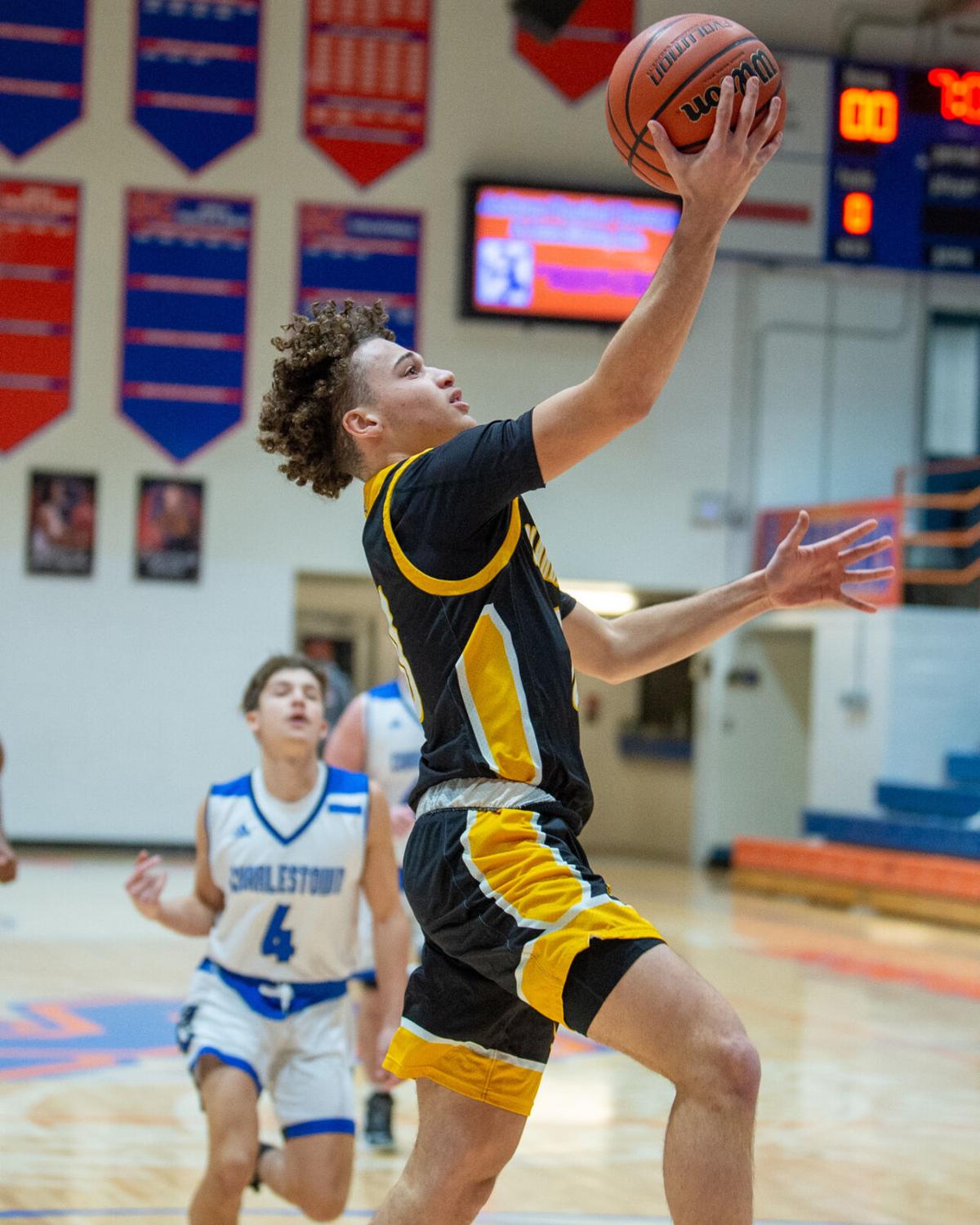 Clarksville senior Jaren Starks goes up for a shot during the Generals’ 75-61 victory over Charlestown in the semifinals of the 60th annual Silver Creek Holiday Tournament on Tuesday night. 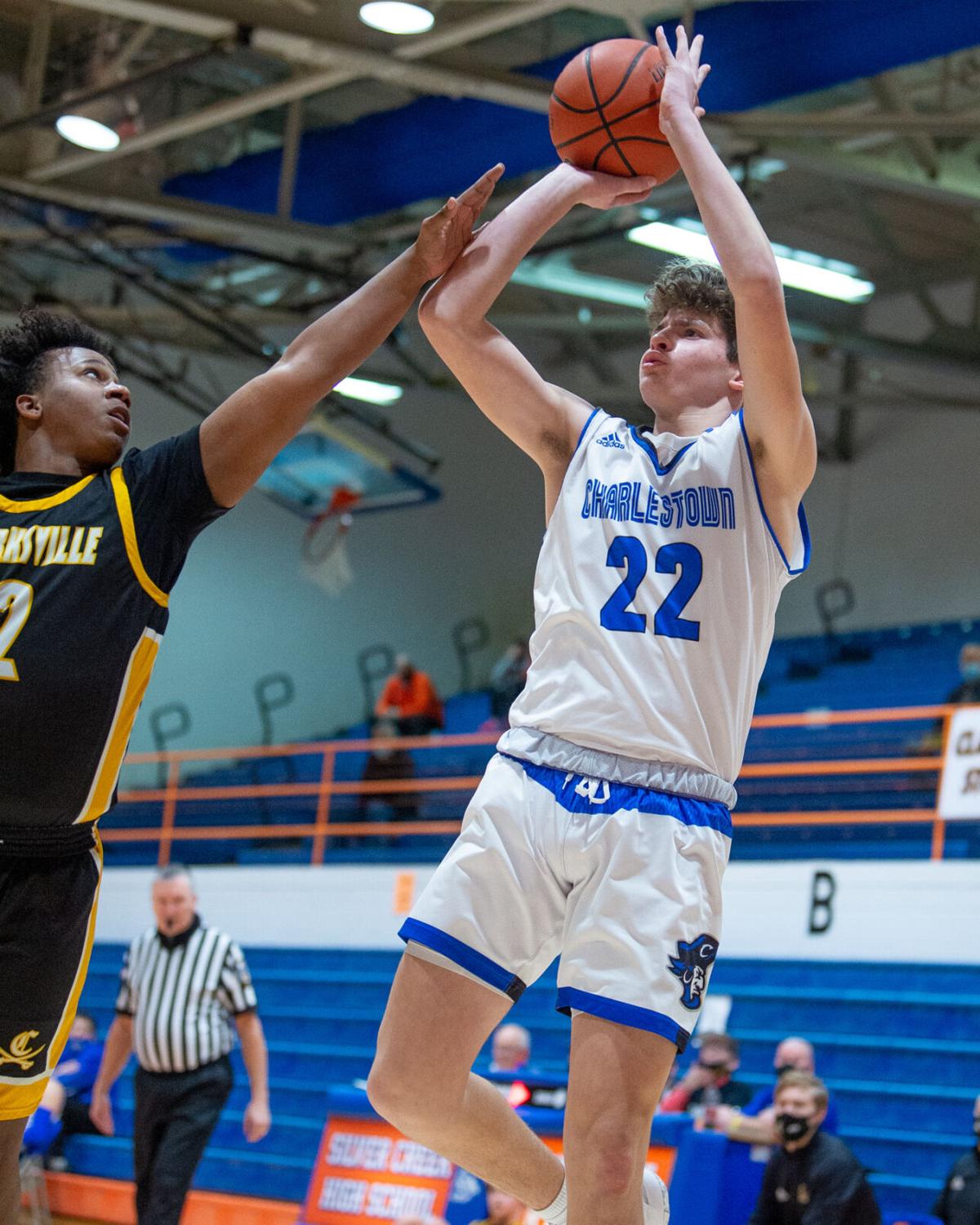 Charlestown junior Chase Benner takes a shot, as Clarksville’s Keyshawn Minor contests, during the Generals’ 75-61 victory in the semifinals of the 60th annual Silver Creek Holiday Tournament on Tuesday night. 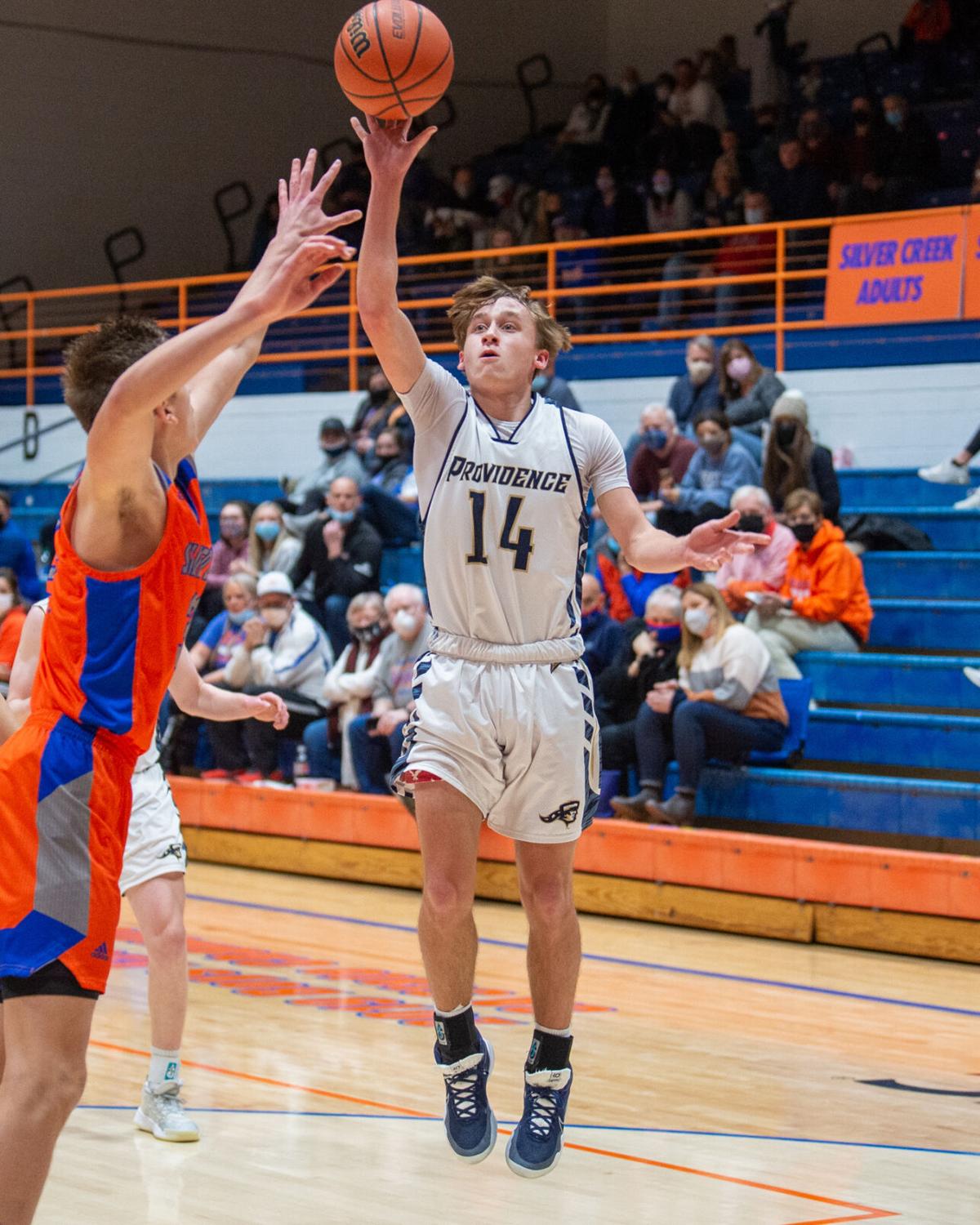 SELLERSBURG — Class 3A No. 3 Silver Creek started out its quest for a fourth consecutive holiday tournament title in a big way.

The Dragons rolled to a 62-41 victory over Providence in the first semifinal of the 60th annual Silver Creek Holiday Tournament on Tuesday night. Clarksville outlasted Charlestown 75-61 in the second semi.

Providence led 10-7, when Dragons senior forward Kooper Jacobi nailed a 3-pointer and then added a pair of free throws to put Creek ahead 12-10 with less than two minutes to play in the opening period.

The Dragons wouldn’t relinquish the lead the rest of the way.

Creek led 32-25 at halftime and 34-25 early in the third quarter when Sexton hit a 3 to pull the Pioneers within six. The Dragons responded with a 13-0 run to take command.

“I thought the run we had late in the second quarter and early in the third was what won the game for us,” Hoffman said. “(Providence) did a great job with their gameplan but we did a good job defensively, in the second half especially.”

Jacobi and Trey Kaufman combined for 43 points (Jacobi 26, Kaufman 17) and 20 rebounds (Kaufman 11, Jacobi nine). Behind the 6-9 Kaufman and 6-6 Jacobi, the Dragons outrebounded the Pioneers 39-21. Both were also proficient from the free throw line. Jacobi went 13 for 14 from the charity stripe.

“Koop did a great job and Trey hit a bunch (too),” Hoffman said. “It probably wasn’t our cleanest offensive performance, but we did enough to win.

“You also have to take the opportunities to score when you have them. We missed some shots and let them have a few rebounds, but they’re also really good. We just have to try and learn from this and come back tomorrow.”

In the nightcap, Jaren Starks (23) and Dakota Capps (20) combined for 43 points to lead the Generals to victory. Each scored 11 points in the first half — Capps rattled home a long 3-pointer from beyond the top of the key at the buzzer — to give Clarksville a 35-23 lead at the break.

Playing without senior guard Dae’von Fuqua, due to an unspecified reason, Generals coach Brian McEwen was pleased with how Capps and Starks shouldered the load. It was the season debut for Starks. The senior point guard was sidelined the team’s first four games as he continued to heal from a broken collarbone.

Starks was hit with a cramp late in the third quarter and went to the bench with Clarksville leading 50-31. From there, the Pirates went on a 23-6 surge, pulling to within 60-54 on Kyle Craig’s basket with 2:33 to play.

Capps answered with a field goal of his own before Starks returned and hit a 3 to return the Generals’ lead to double digits.

“When they came back on us, it wasn’t on the offensive end that got us, it was the defensive end,” McEwen said. “I think when it got close, we maybe defended a little bit better, and that made the difference.”